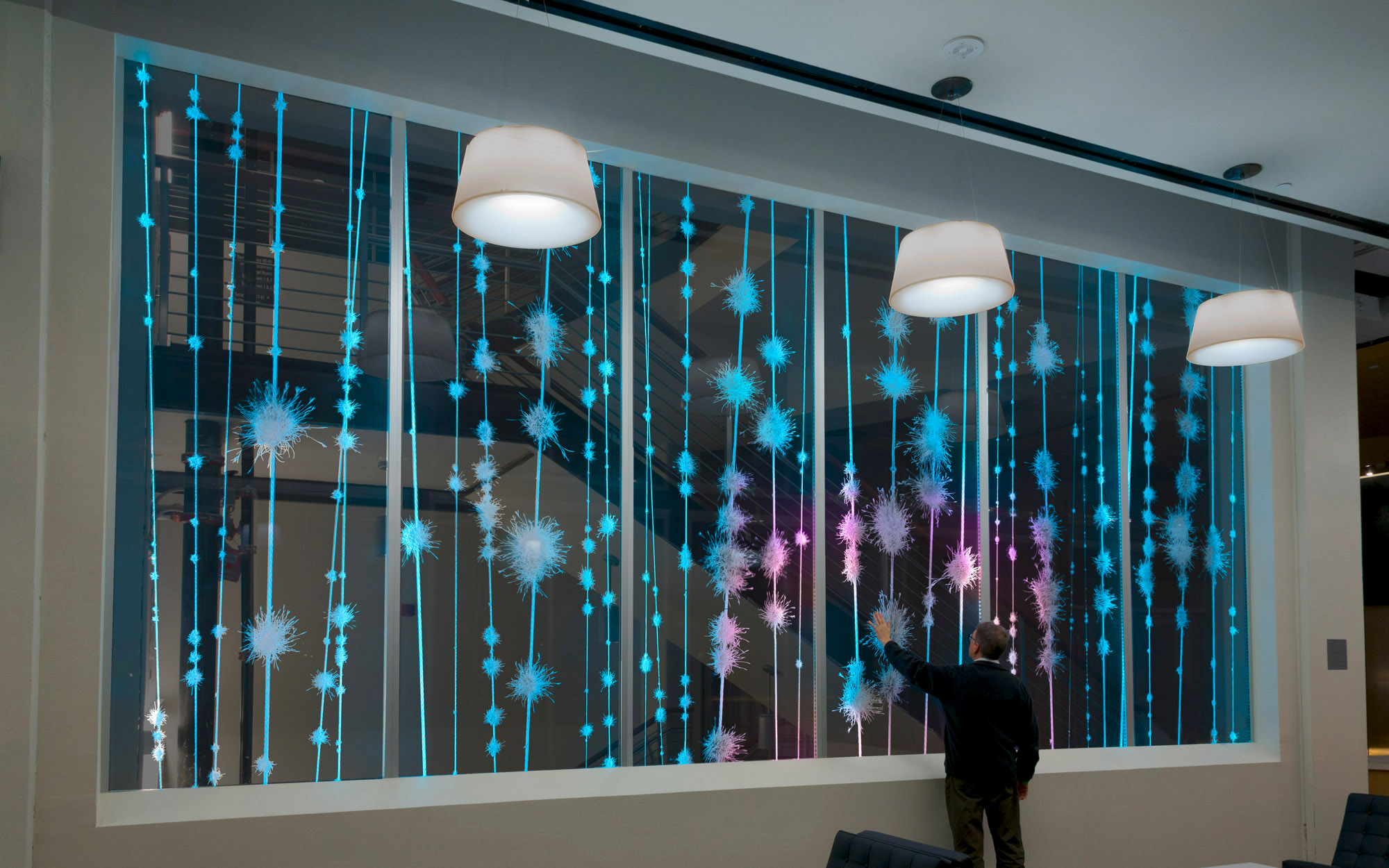 We’re Good Right Here continues Seale’s interest in native plants of South Texas. As with much of Seale’s work, the subjects of We’re
Good, Right Here appear both familiar and otherworldly.
We’re Good, Right Here is an interactive light installation composed of glass, acrylic, aluminum and LEDs. It measures 11 by 25 feet. The piece reacts to the touch of visitors to the AT&T Center VIP Lounge.

Landscapes come in many forms, especially in Texas which boasts such a wide vista. This is an alternative South Texas landscape championing an underdog of the local native plant world, Tillandsia Recurvata, commonly known as Ball Moss. This misunderstood plant is neither moss nor parasite as is widely believed. It is a member of the bromeliad family with roots, flowers and leaves. It derives its entire sustenance from dust, rain, sunshine.
A native of South Texas himself, Seale explores the idea of community pride as well as the connectedness and network of communication between all things. Proof of this idea comes in the recent discovery that Ball Moss has compounds that are now known to fight cancer and AIDS–all this from dust, rain and sunshine.
In this piece, the idea of “bloom where you are planted” takes on special significance with the hometown success story that is the San Antonio Spurs. Because the Spurs call the AT&T Center their home, it also calls attention to the pivotal role that San Antonio and South Texas played in the evolution of telephone communications, to the extent that ranchers in the 1880’s used barbed wire fences to
transmit conversations before rural telephone networks were in place.

The artist was hired by the architects who had designed a space for a light sculpture in this particular area.