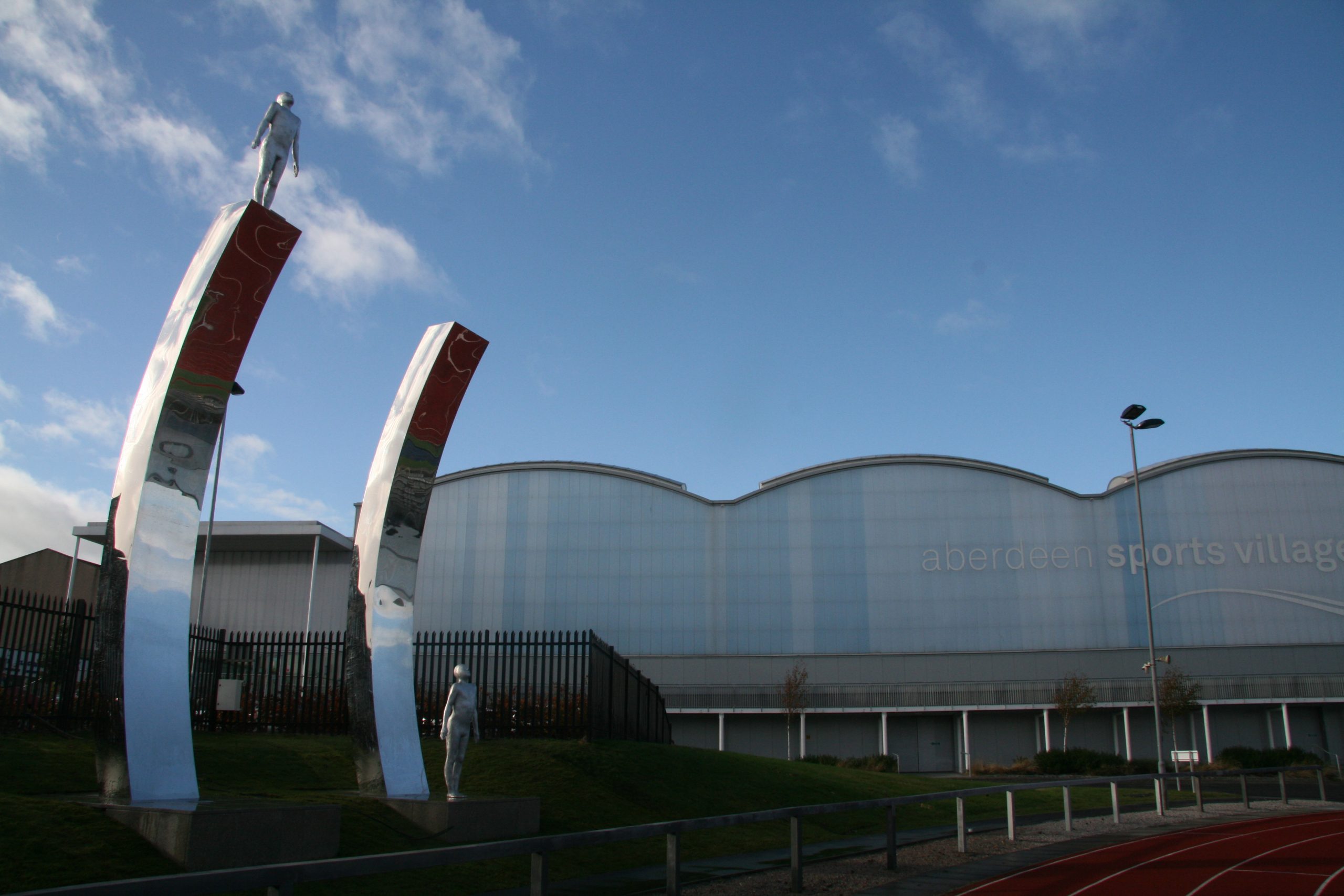 The University of Aberdeen´s arts committee asked the artist for a proposal of a sculpture to be placed outside the new Sports Village. The design brief was open as regards the size, exact positioning and placement of the work. After a site visit and meetings the artist made a proposal connected to the shape and role of the building and people´s use of it.

Aberdeen Sports Village is the premier sport and exercise facility in Scotland, hosting an array of world class sporting facilities.
It is a partnership between the University of Aberdeen, Aberdeen City Council and sportscotland, the Village first opened to the public in August 2009. The goals of the commissioned artwork was to make a sculpture that would speak to the general public of Aberdeen as well as those who frequent the actual facility. It was also made to educate and make an impact on a younger generation of viewers as the work is part of a public art collection owned by the university which becomes part of the Marischal Museum of the University of Aberdeen. It was commissioned to integrate and rhyme with the building and the surrounding area but at the same time attract attention as an individual piece of art. The work is composed of two columns of mirror stainless steel. On top of one of the columns is a figure of aluminum. Another figure of the same cast stands on the ground making it possible to interact.

The initial conversation was between the University of Aberdeen Art Committee and the artist. The first site visit and meeting of all the involved parties started the process of the art design. Subsequently several meetings and communications was between the artist, the art committee, Reiach and Hall Architecture firm who designed the building as well as the building firm which installed the work.

The shape of the columns in Waves is connected in a vertical way to the roof line of the Sports Village complex. Reminiscent also of the waves of the North Sea. They tilt slightly forward giving them more edge and dynamism and a feeling of stream, water and air. Because of the height of the columns they reflect the sky but also the earth due to the inward curve. The figures, one soaring high up in the air and the other firmly standing on the ground also gives the feeling of movement and evolution.