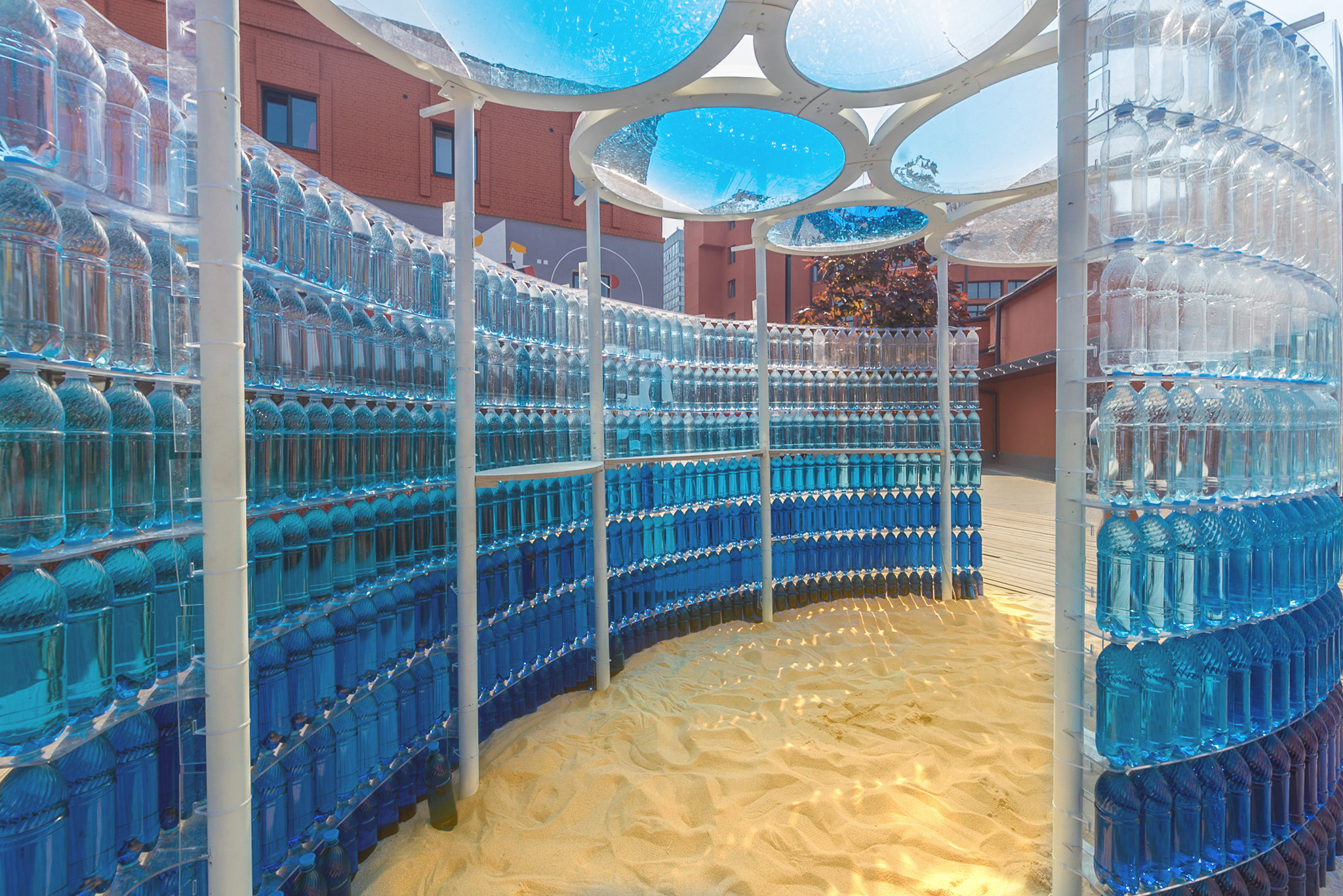 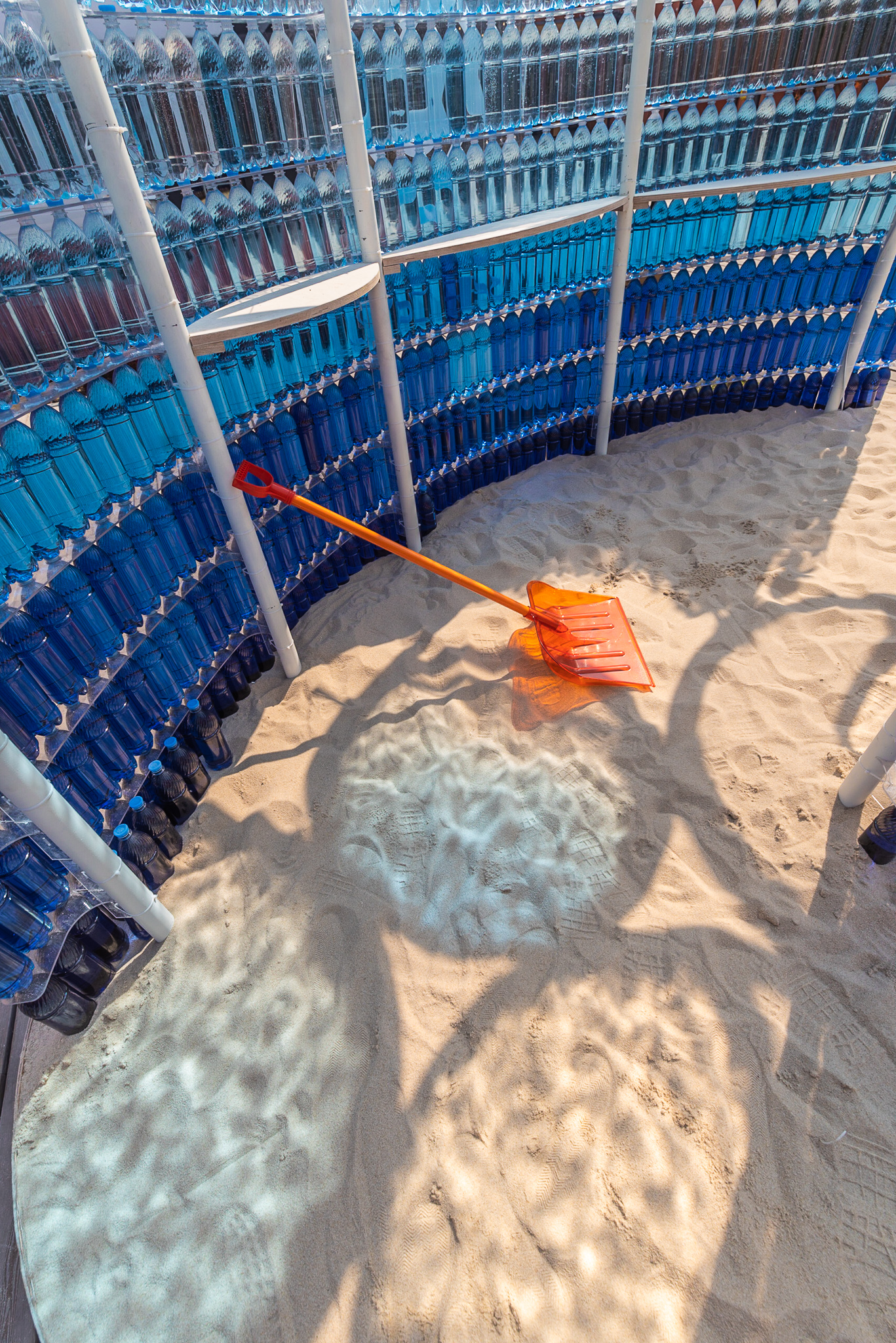 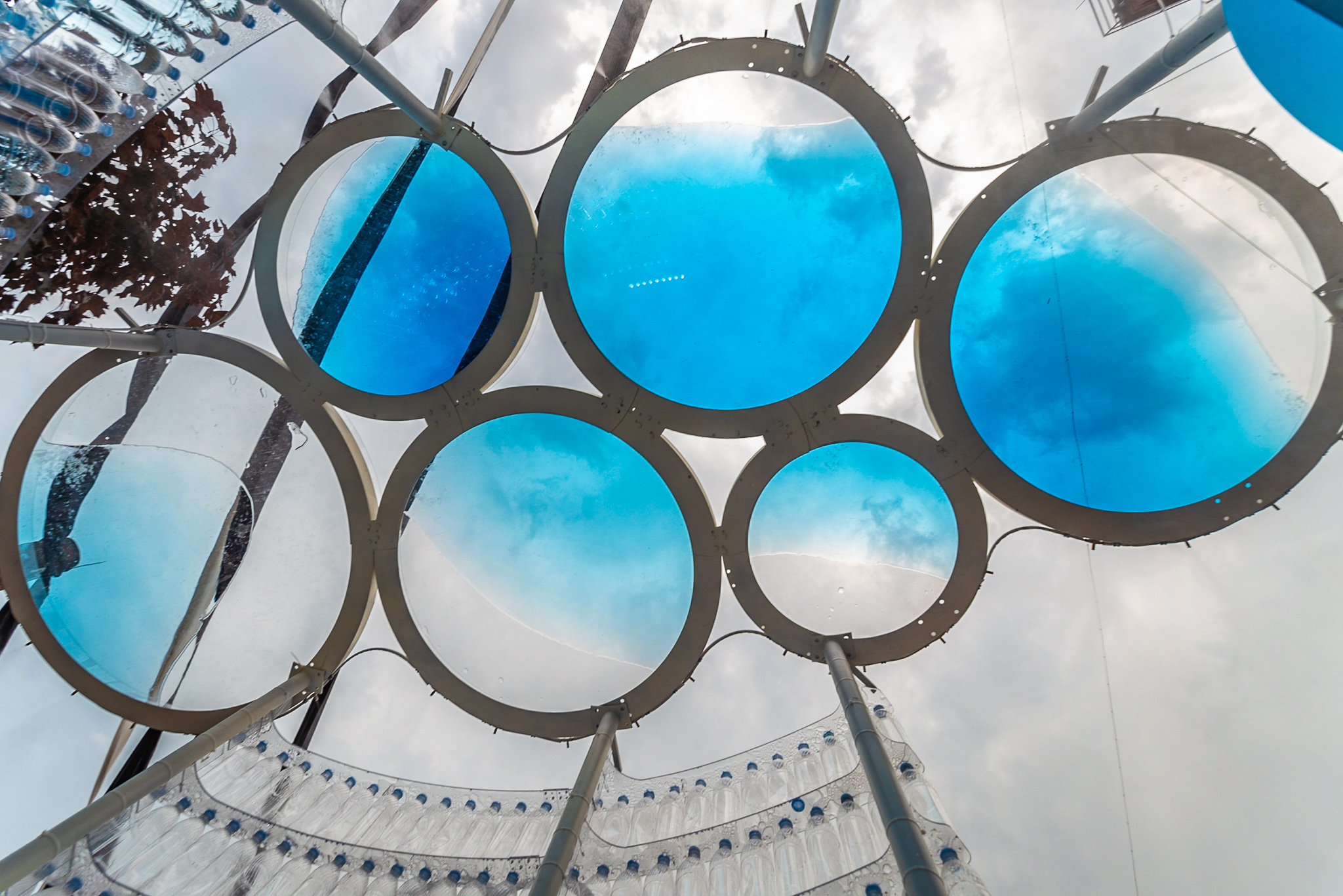 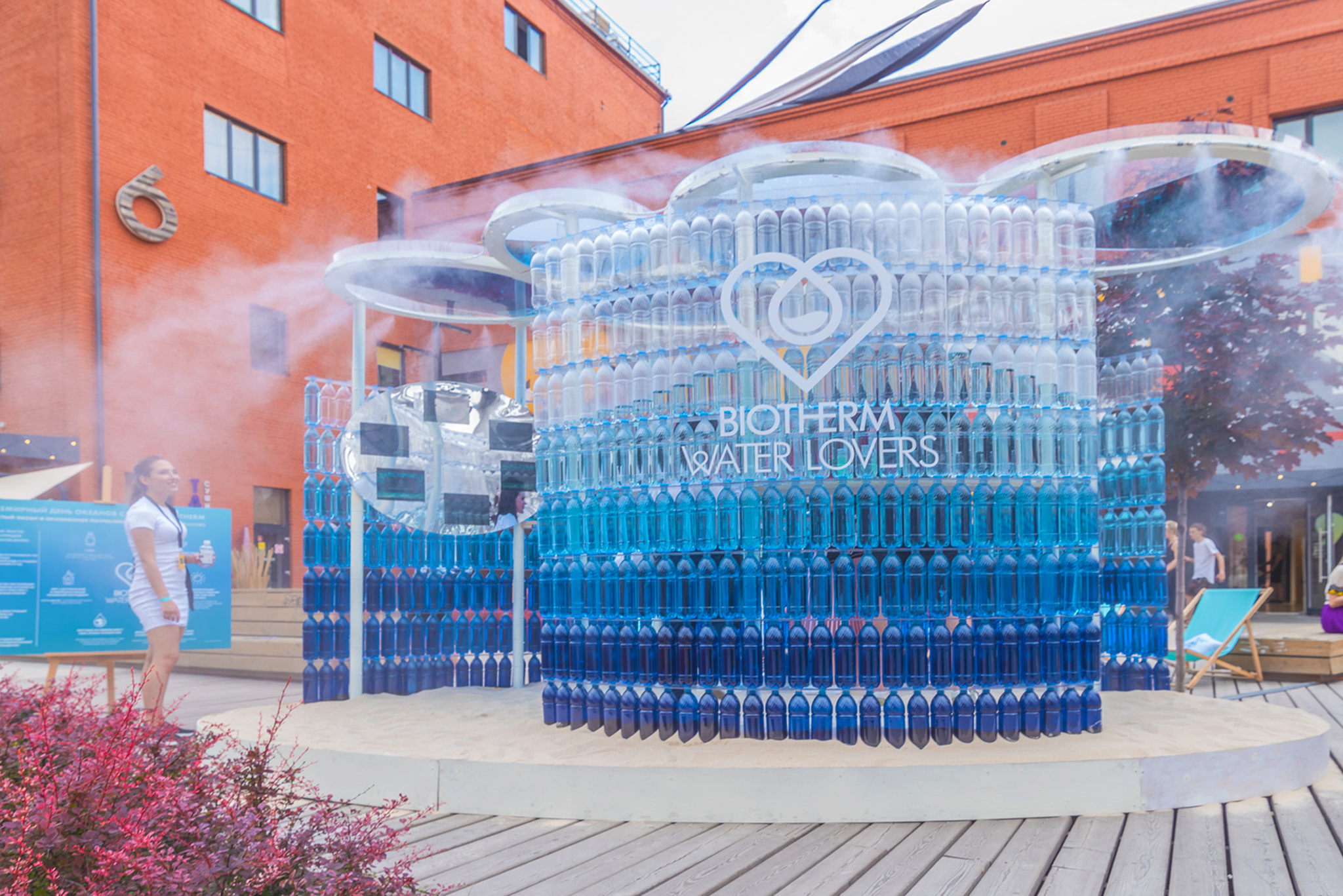 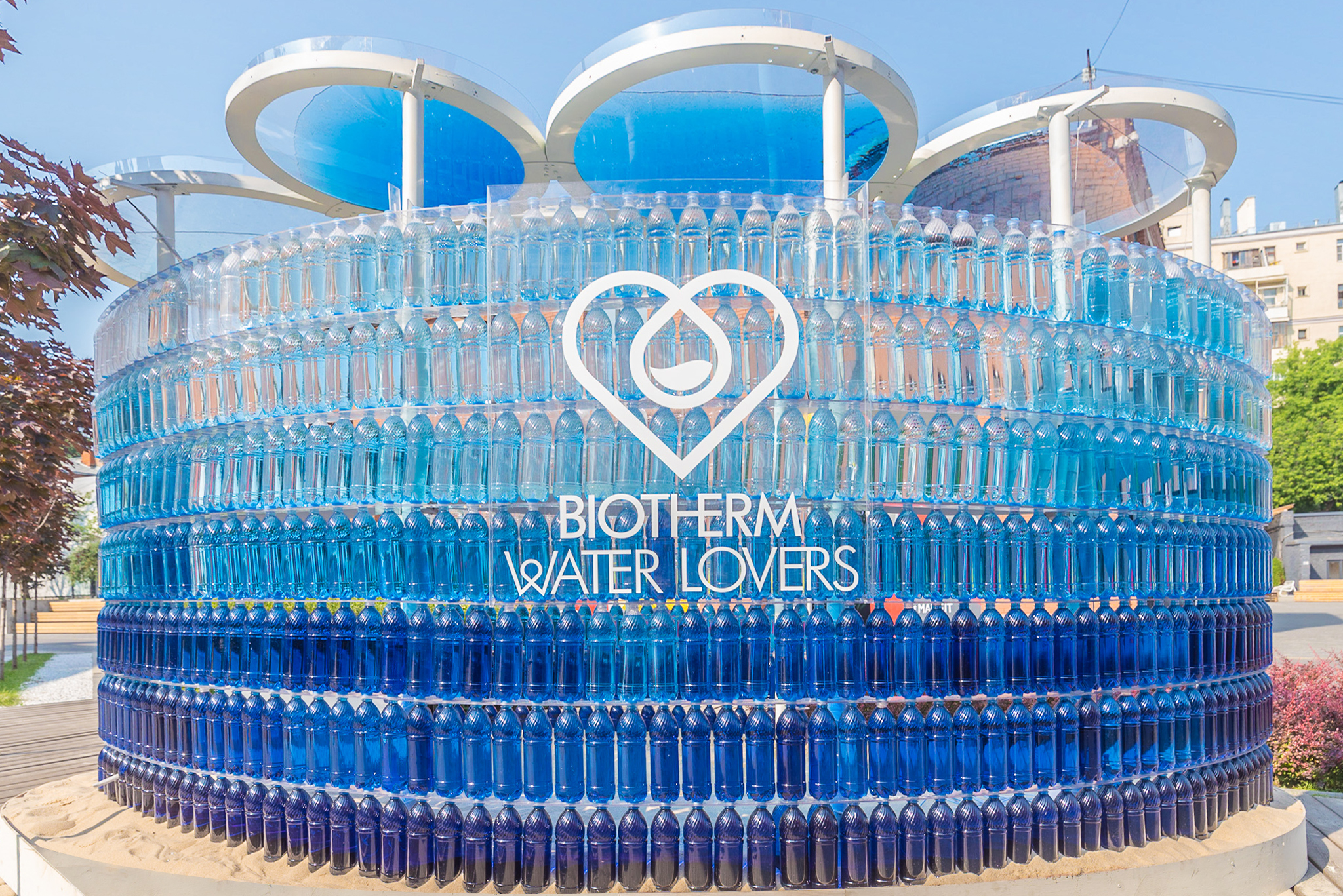 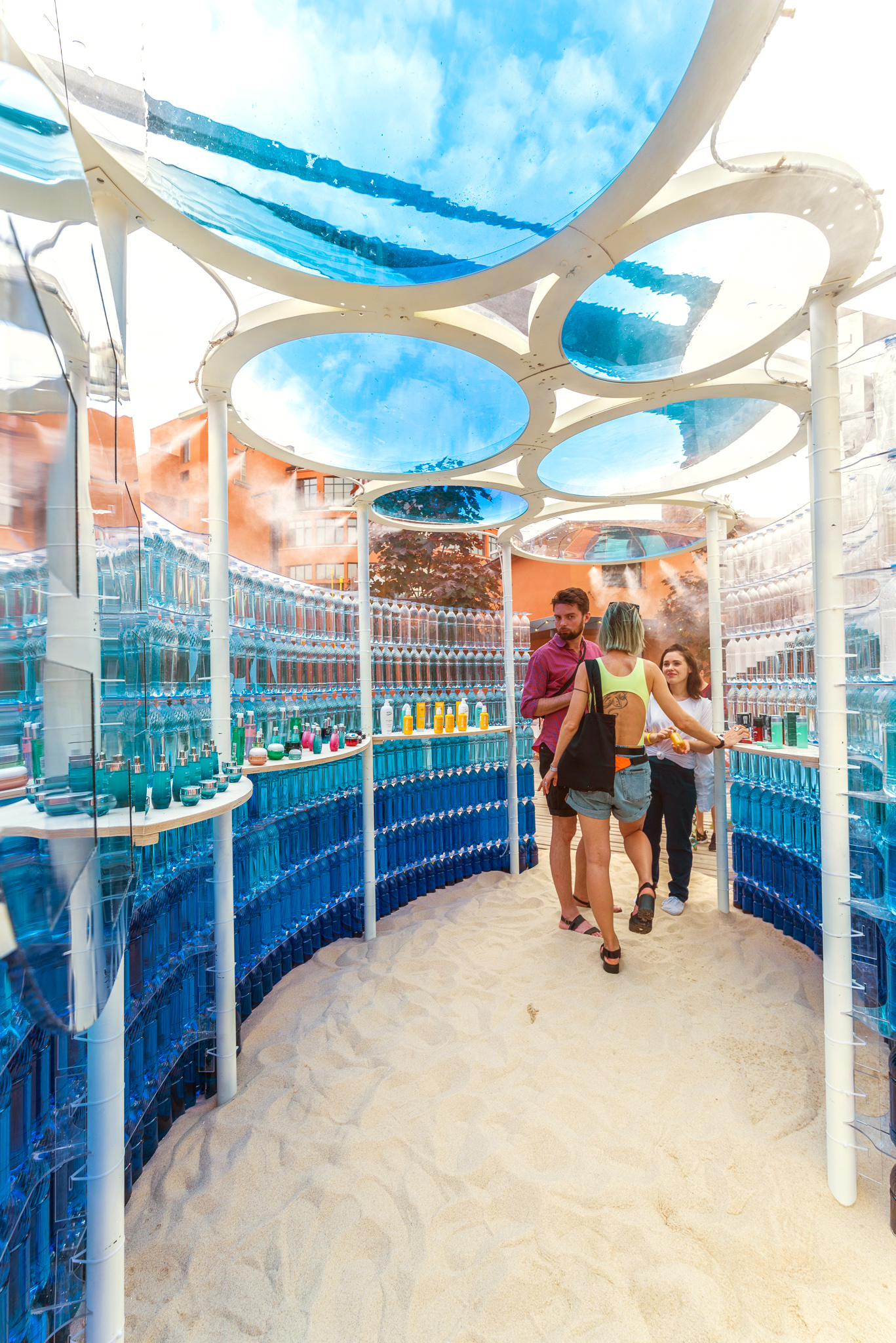 Pavilion design consists of more than 700 recyclable plastic bottles. The ceiling of the object is made up of several spherical water tanks and, when exposed to direct sunlight, works as a kind of light filter – the space is filled with complex caustic effects resembling oceanic highlights. More than a ton of beach sand was used for floor covering. In addition, the object is equipped with finely dispersed water suspensions, which was extremely relevant, given the extremely hot weather on the day of the festival.

The WaterLovers pavilion was designed for Biotherm company and was demonstrated for the first time as part of the Esquire Weekend 2019 event, held on June 8 at the Khlebzavod art-center, Moscow.

The French cosmetics company has been working for many years to solve the problem of plastic waste polluting the world's oceans. The object is intended to draw attention to the problems of efficient plastic processing and the influence of anthropological impact on the planet’s biosphere.