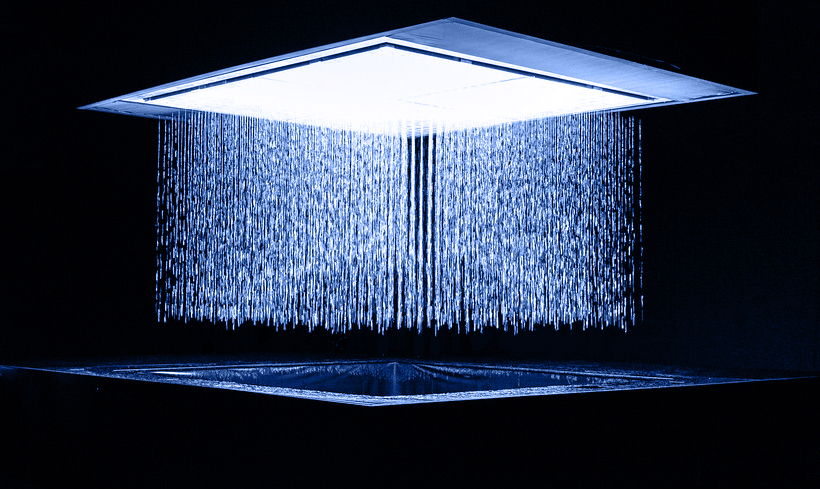 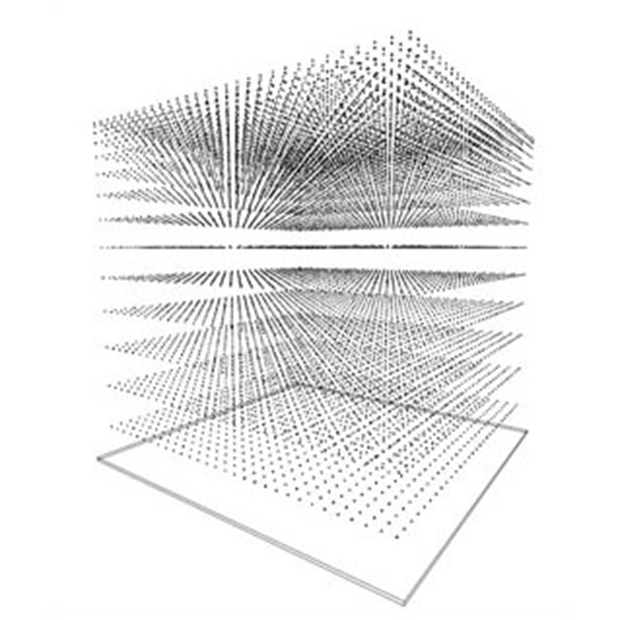 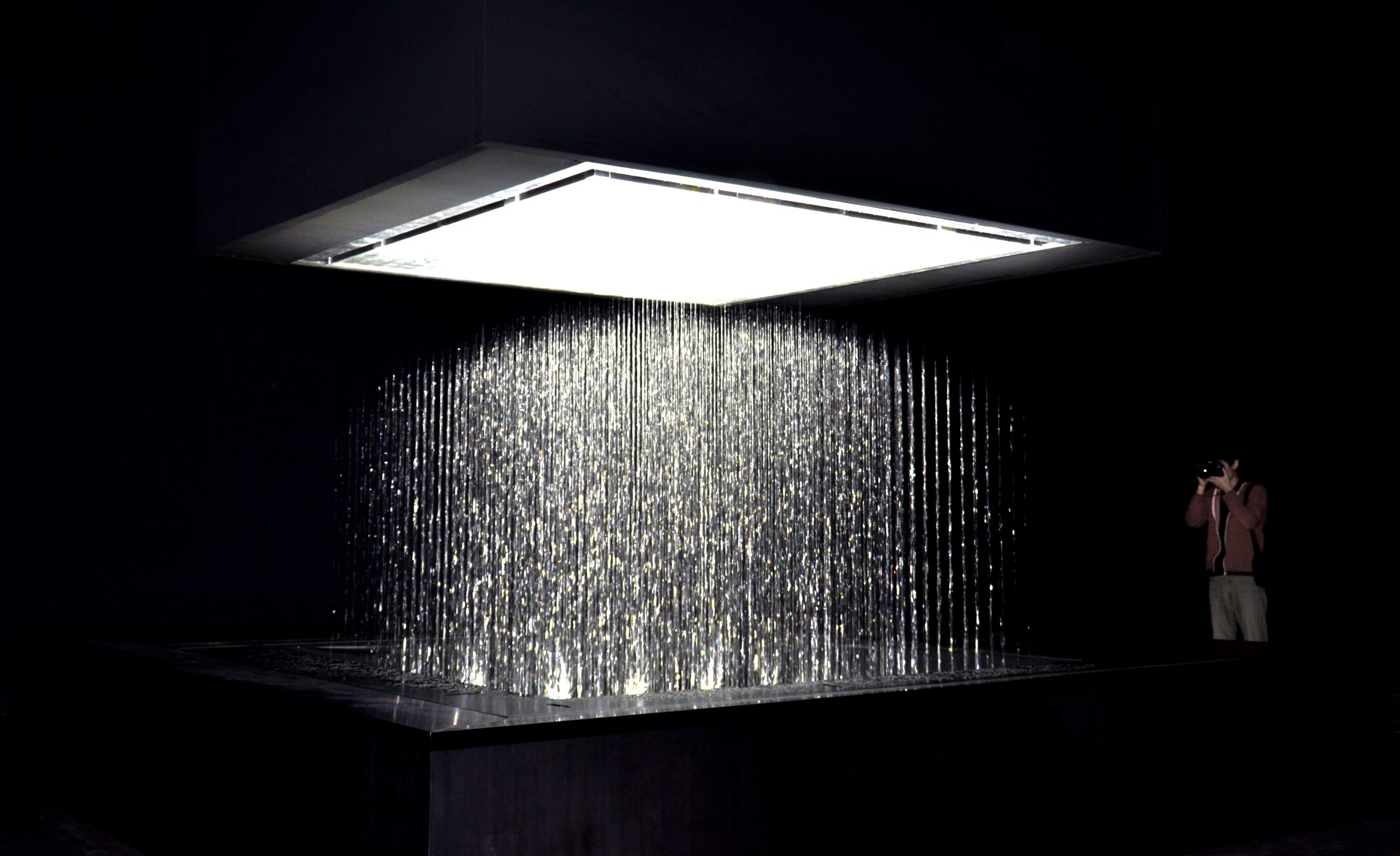 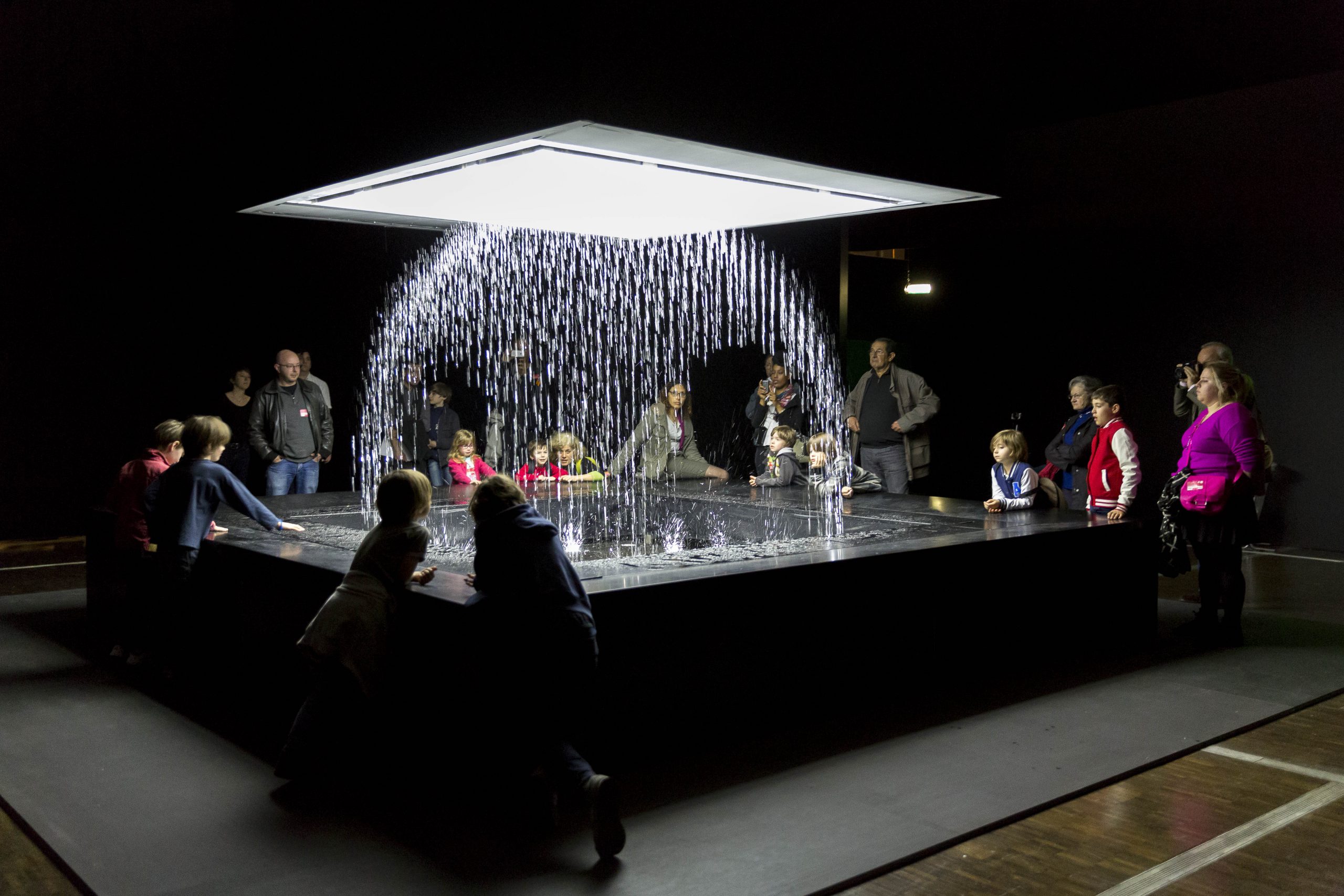 The 3D Water Matrix (Matrice liquide 3D, in French) is a robotic machine that creates water sculptures in real time, giving life to a continuous evolution of shapes and images. This installation creates ephemeral sculptures the viewer captures in a constant exercise of observation and surprise, almost a metaphor of the famous river of Heraclitus where “everything flows, everything changes, nothing remains.

The idea of 3D liquid matrix was born in 2001, during a visit to Lille, European Capital of Culture, where Shiro Takatani projected a robot fountain writer who was to deliver its messages by letting a string of liquid letters fall to the pond below. Unfortunately, the technology did not yet exist and he had to wait to find a reliable engineering partner, with wide experience in building digital water curtains, as Lumiartecnia Internacional.
Two reputed digital artists have developed the art pieces for the Water Matrix during the robotic art exhibition: Shiro Takatani and Christian Partos.
Shiro Takatani's art piece recreates a spatial experience creating multiple layers of parallel droplets that magically seem to float in the air, and for moments to rise from the pond and fall again in impossible evolving creations that seem to defy the force of gravity.
Christian Parto's art piece creates sequences of water sculptures that shows the Water Matrix capacity for instantly generate ephemeral water shapes that disappear into the pond below, to give birth to a new one, creating in this way a constant flowing video of 3d sculptures as if they were photograms from a film.

Richard Castelli, curator for the robotic art exhibition, commissioned Lumiartecnia Internacional to build the Water Matrix. Lumiartecnia had a solid engineering background in this field, as was the company who built the Water Walls for the Digital Water Pavilion at the international exhibition held in Zaragoza, Spain, in the year 2008. The 3D liquid printer generates in this way a waterfall that defines a very low resolution video of 30 x 30 pixels, where the third dimension is actually controlled by the force of gravity, regulating the water "pixels" permanence in space.

This 3D Digital Water Curtain was part of the "Robotic Art" exhibition displayed at Paris Science City, from April 8th 2014 to January 4th 2015. Given the great success of public, the Water Matrix will continue to be displayed in several cities across the world as part of itinerant art exhibitions, developing new art pieces to show the possibilities this amazing machine can perform. Video: ST\LL by Shiro Takatani (JP)