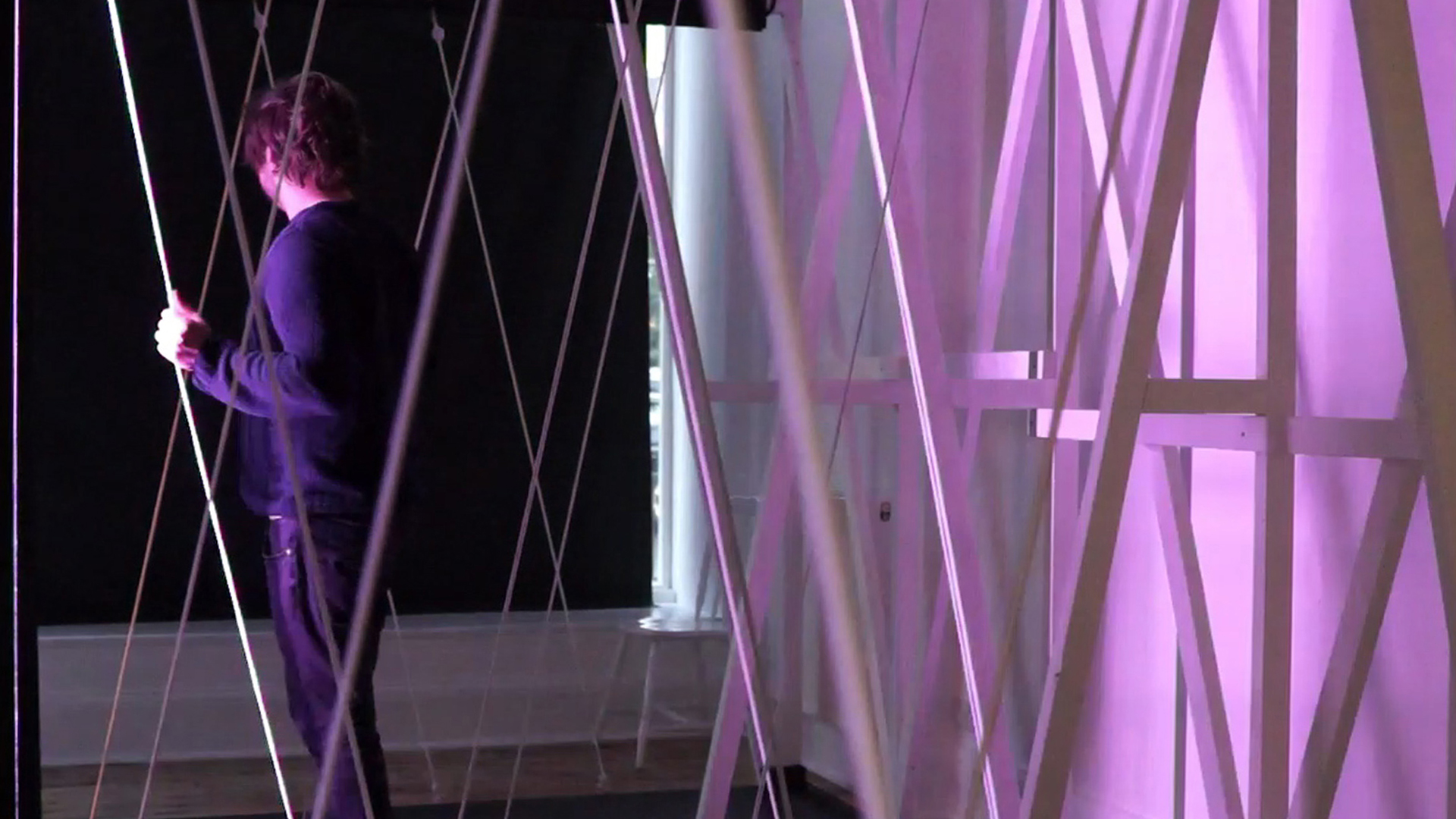 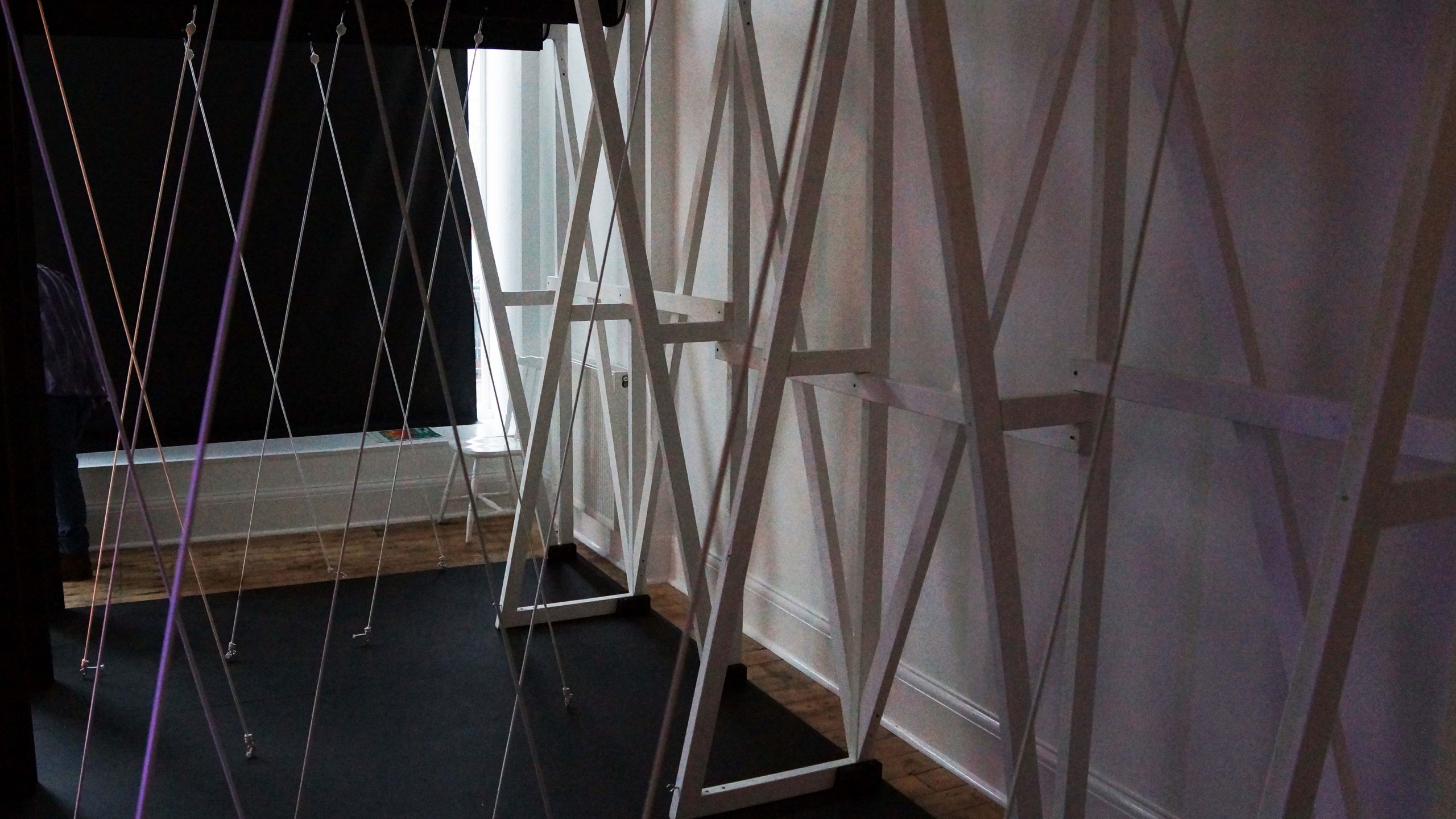 The commission was for a temporary project to transform the Onca Gallery space in Brighton into a playscape of sound and light for the duration of the festival. This meant transforming what was traditionally a quiet, light space into a more noisy, dark space. Our main challenge was in working with the unpredictable nature of multiple people interacting simultaneously and our goal was to design the work to avoid the space becoming cacophonous. Another goal in installing within this space, which is quite long and narrow, was to configure the installation to draw people through it while maintaining clear escape routes to the side.

The project was commissioned by the Brighton Digital Festival and hosted by the Onca gallery. It was produced as a collaboration between Jack Wates and Thomas Blackburn. Jack was responsible for the installation design and hardware while Tom focused on the software and programming. The work invited a range of interactions and it was the way that people played it that became a spectacle in itself. People could pluck, scratch or entangled themselves to produce sound and light in the space, and as such, participants had agency in bringing the work to life.