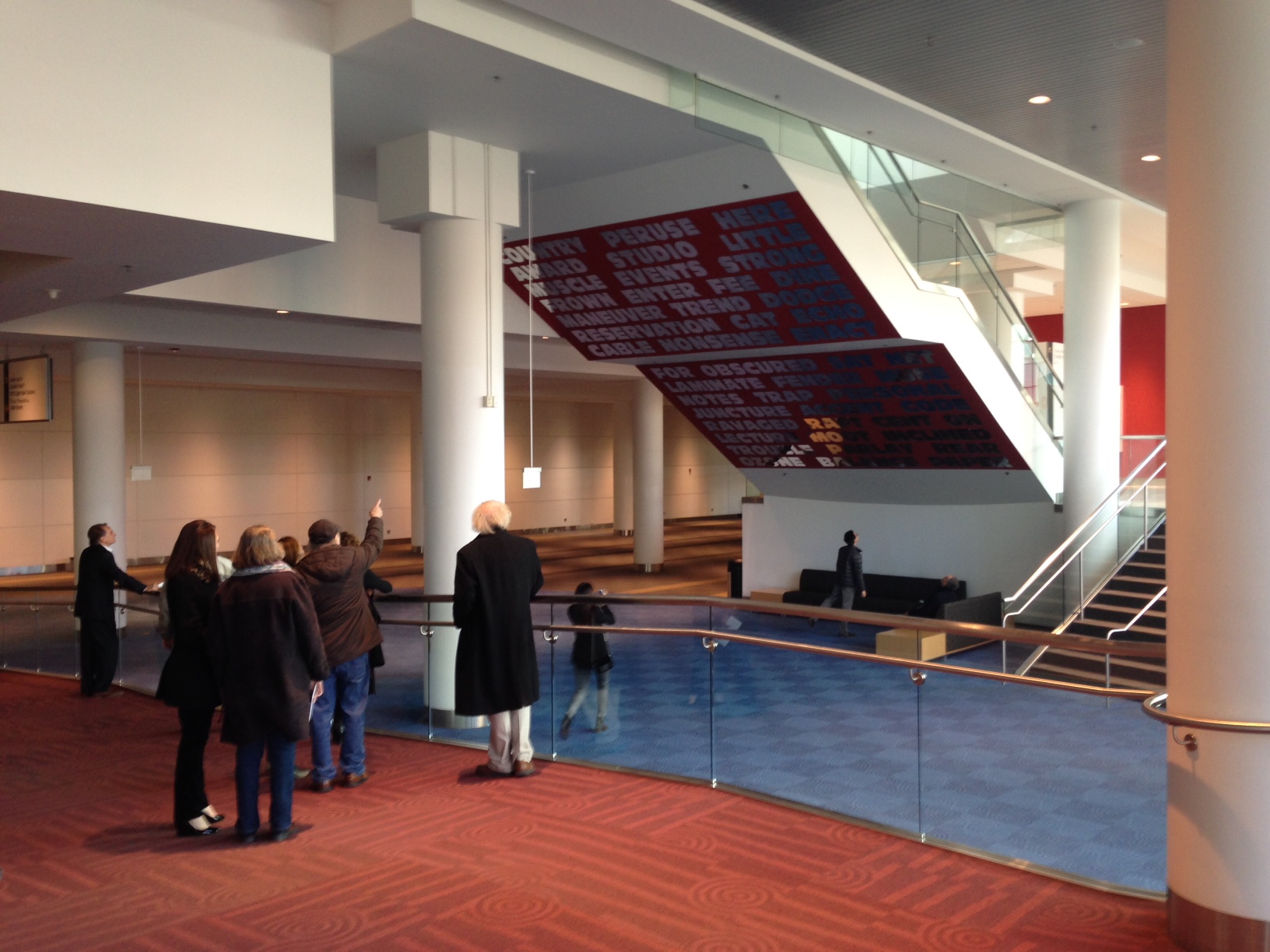 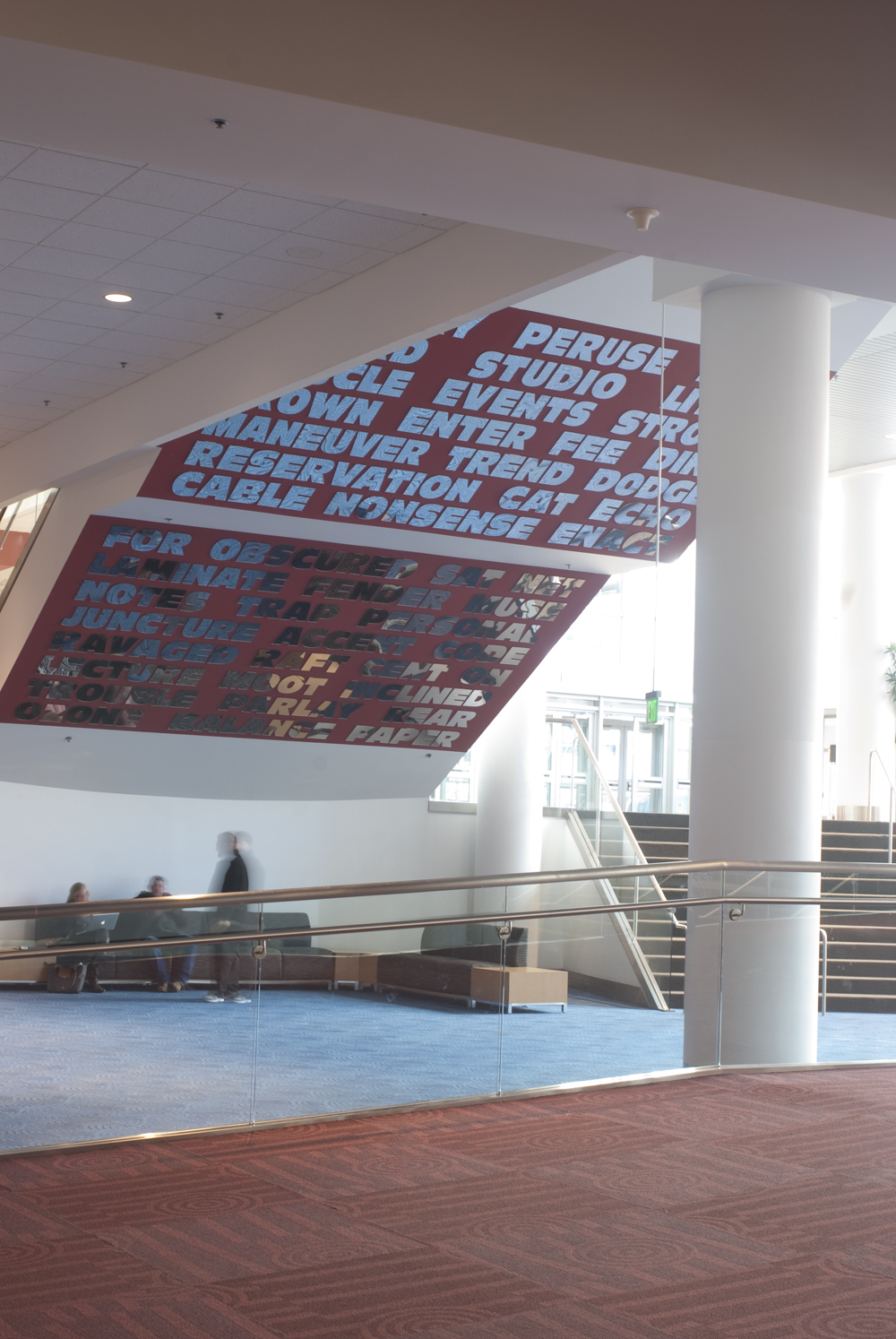 Site-specific art is important to the success of the Colorado Convention Center’s new art program. Three of the eight pieces were commissions. Two additional pieces were previously installed in galleries and exhibition spaces and were purposefully adapted to the Convention Center’s uniquely-scaled architecture, including Bernier’s “Wall Of Words.” In the past, Bernier’s mirrored-letter word groupings have generally been placed on flat gallery walls. However, at the Colorado Convention Center, his piece has been installed on the underside of a large, public stairwell on a red background. This unique placement amplifies the work’s impact in multiple ways. Thousands of conference attendees and Denver citizens will walk past and below it, and a public seating area directly at its base has already proven to be a popular gathering place. The piece’s mirrored letters reflect the blue carpet below it and the dynamic light of Denver’s fleeting weather, offering a shifting contrast to the red paint behind the letters. The creative placement and engaging content of the installation make “Wall Of Words” a crucial component of the Colorado Convention Center’s new art program, one that will serve as a lasting part of Denver’s cultural capital.

Roland Bernier’s piece was one of eight chosen by an art committee comprised of the Colorado Convention Center executive team, Denver Arts and Venues, VISIT DENVER and community arts leaders. NINE dot ARTS was selected as the managing art consulting firm and worked closely with all parties, beginning with project vision, commissions and artist/gallery relations through installation and marketing efforts connected to Imagine 2020 and the Convention Center. For “Wall Of Words,” NINE dot ARTS, Roland Bernier, and Bobbi Walker of Walker Fine Art collaborated to produce this unique presentation of Bernier’s vision.