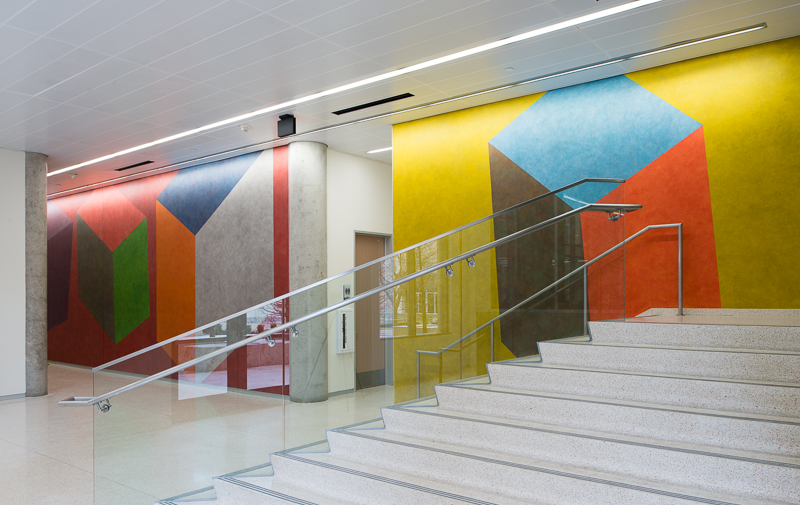 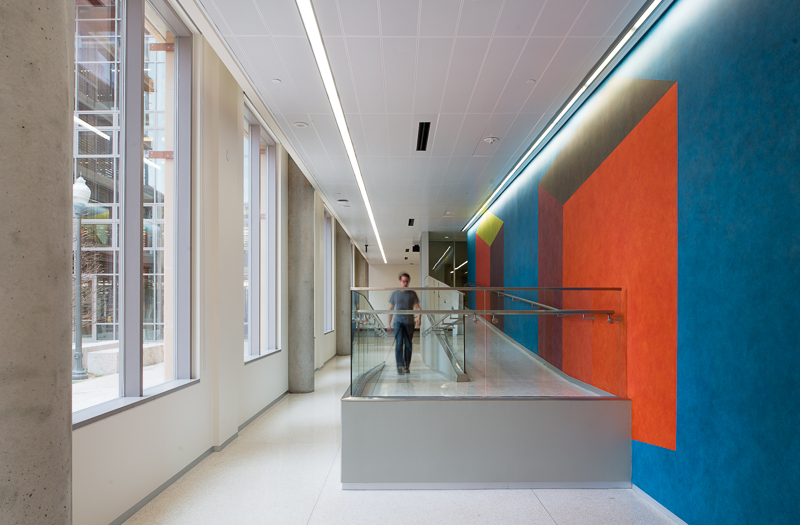 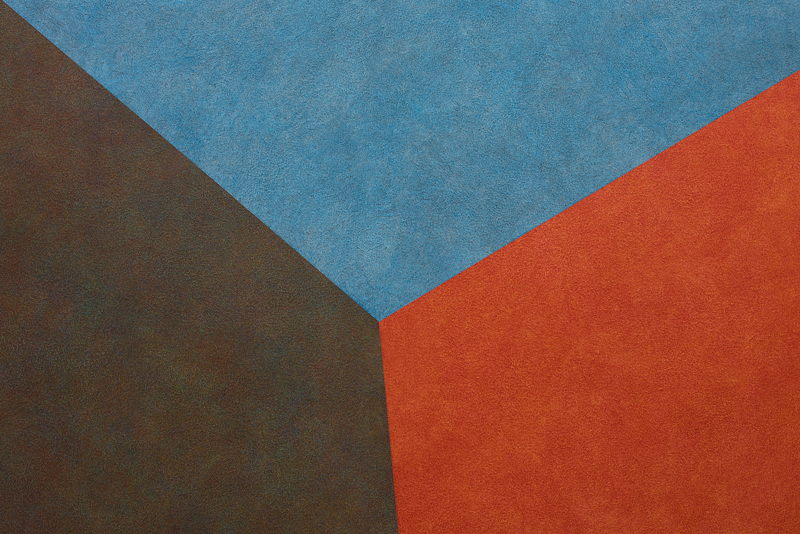 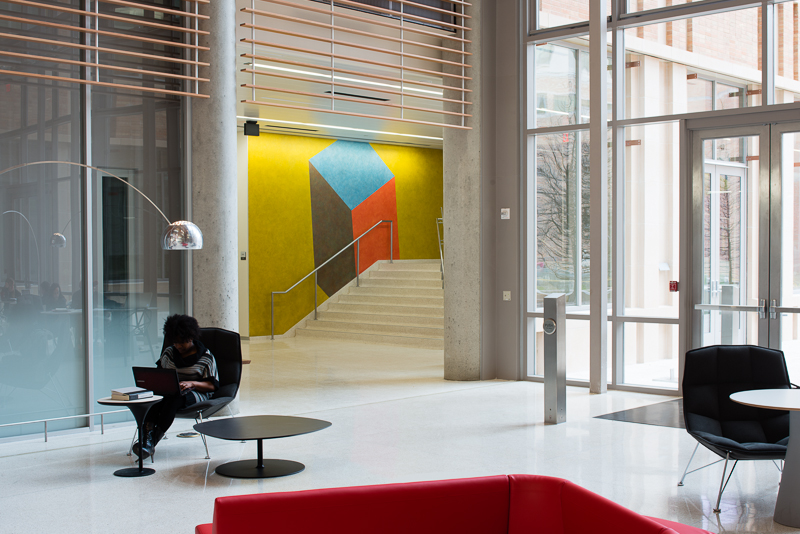 Client: Landmarks and the Department of Computer Science, The University of Texas at Austin

Department of Computer Science, The University of Texas at Austin

In 2012, Landmarks secured a twenty-five year renewable loan from the LeWitt estate for “Wall Drawing #520,” a jewel-toned, ink-wash drawing that initially had been installed at the Whitney Museum of American Art in 1987. The 148 inch high drawing, unique because it’s one of only a few intended to be installed on three walls, enlivens a public corridor in the Computer Science Complex. While the spirit of “Wall Drawing #520” is one of modesty, simplicity and restraint, the visual results are lush.

Sol LeWitt helped establish conceptualism and minimalism as dominant artistic movements of the postwar era. He is most well known for his wall drawings and concrete block structures, for which he determined instructions in advance to be carried out by others. The installation of "Wall Drawing #520" within the Bill & Melinda Gates Computer Science Complex & Dell Computer Science Hall, in tandem with the LeWitt structure "Circle with Towers," provides the university with examples of both iconic LeWitt forms. The simple, geometric shapes in "Wall Drawing #520" complement the architectural style and features of the interior space of the building. LeWitt’s collaborative artistic practice reflects the interdisciplinary project-based mission of the Department of Computer Science. His use of a simple cube design to create infinite variations is analogous to the capabilities of basic code in computer-based programming.

The current installation at The University of Texas at Austin marks the first time the work has been rendered since its initial presentation at the Whitney. Working closely with the LeWitt estate, Landmarks’ director and curator Andrée Bober selected the piece from the available works in the artist’s catalogue. Lead architects for the building, Bill Butler and Rus Mehta of Pelli Clarke Pelli, enthusiastically worked with Landmarks to determine a location for the wall drawing where it could be featured prominently, viewed by all visitors, while also working with the building’s architectural language. With LeWitt’s diagram and set of instructions, as well as the oversight of a master draftsman from the LeWitt estate, Gabriel Hurier, a crew of six local artists installed the wall drawing over a three-week period in 2013. The computer science community and inhabitants of the building have enthusiastically embraced LeWitt’s work and departmental leadership even asked for Landmarks to procure additional artwork for other walls in the facility.

Not only does "Wall Drawing #520" complement the other Sol LeWitt work in the area, "Circle with Towers," but reflects an evolving timeline of technology and implementation of conceptual art displayed within the building. Casey Reas’ "A Mathematical Theory of Communication," a wall mural developed using software and printed large-scale, marks the evolution of instruction-based art, using computer as creator rather than artists and crew.