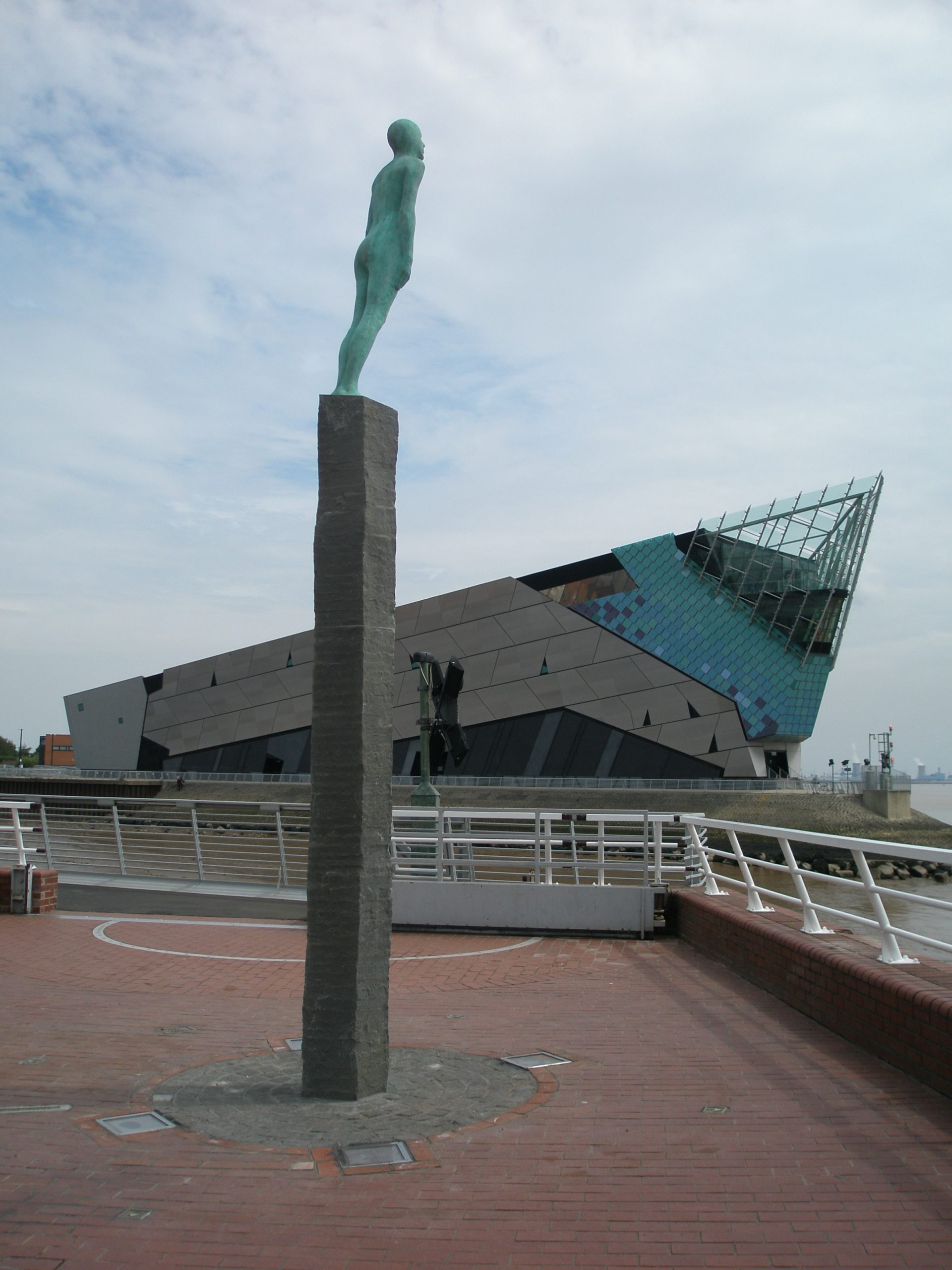 Client: City of Hull, England and the Town of Vík, Iceland.

The Prime Minister of Iceland

The project was a memorial situated in two countries. One part of the piece in England and a sister sculpture in Iceland. It was made to commemorate a 1000 year history of Iceland and UK as friendly nations and to honor those English fishermen who lost their lives on Icelandic waters. The sculpture in England was installed in the City of Hull where most of the fishermen came from and the sculpture in Iceland was installed in the Town of Vík on the south coast of Iceland where most of the ships were lost.

Both pieces are monumental works on sites where the public can approach the works, one in the center of Hull near the famous aquarium Deep which is situated where the ships sailed from. The sister sculpture in Vík is on the south coast, where the figure looks out in the direction of the sea route. So the two figures reach out over the oceans towards each other. The basalt column is cut at a 10 degree angle at the top making the figure lean out giving it a feeling of yearning and movement.

The artist collaborated with city engineers and officials in both cities. Still a fairly simple process.