Voice of the Homeless - CODAworx 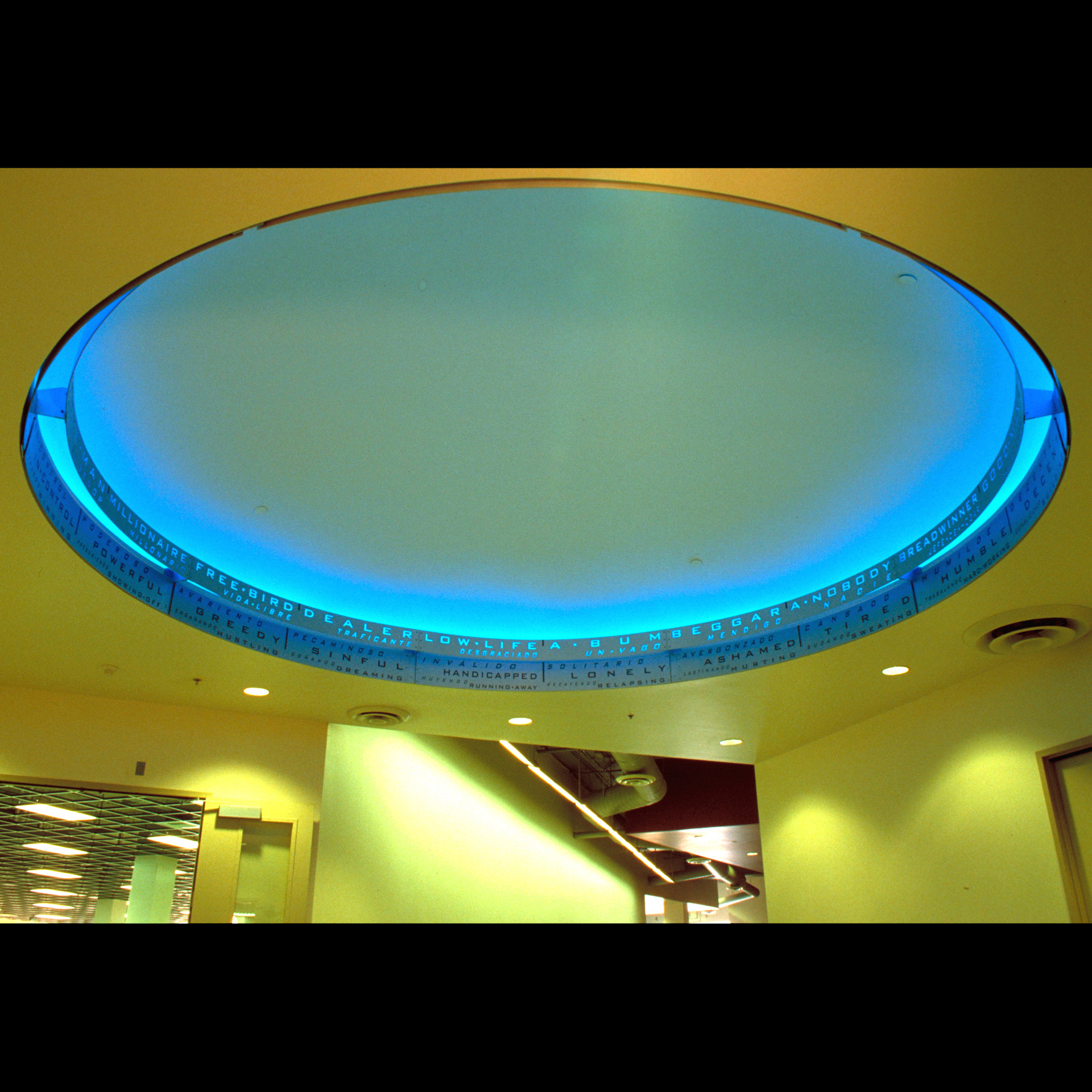 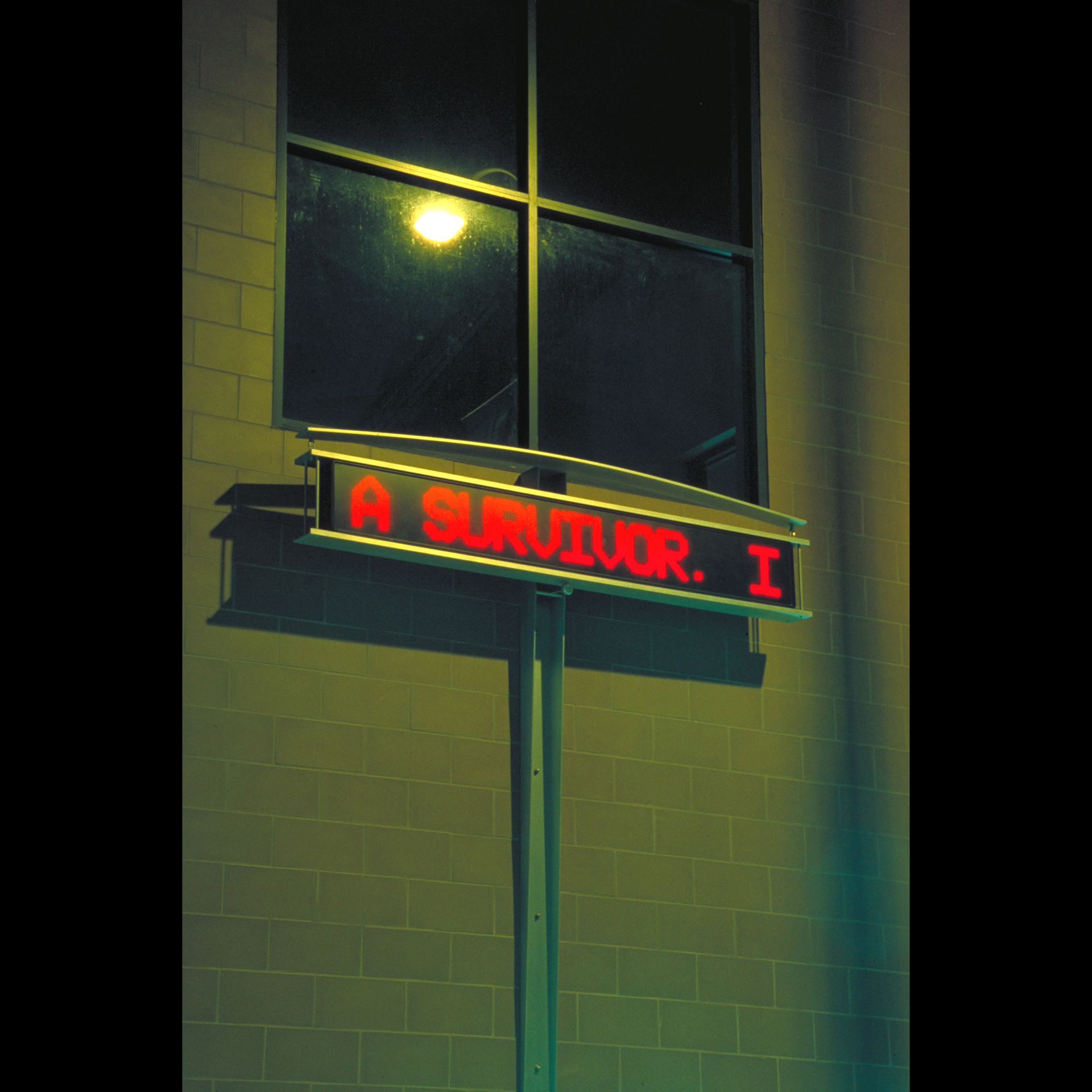 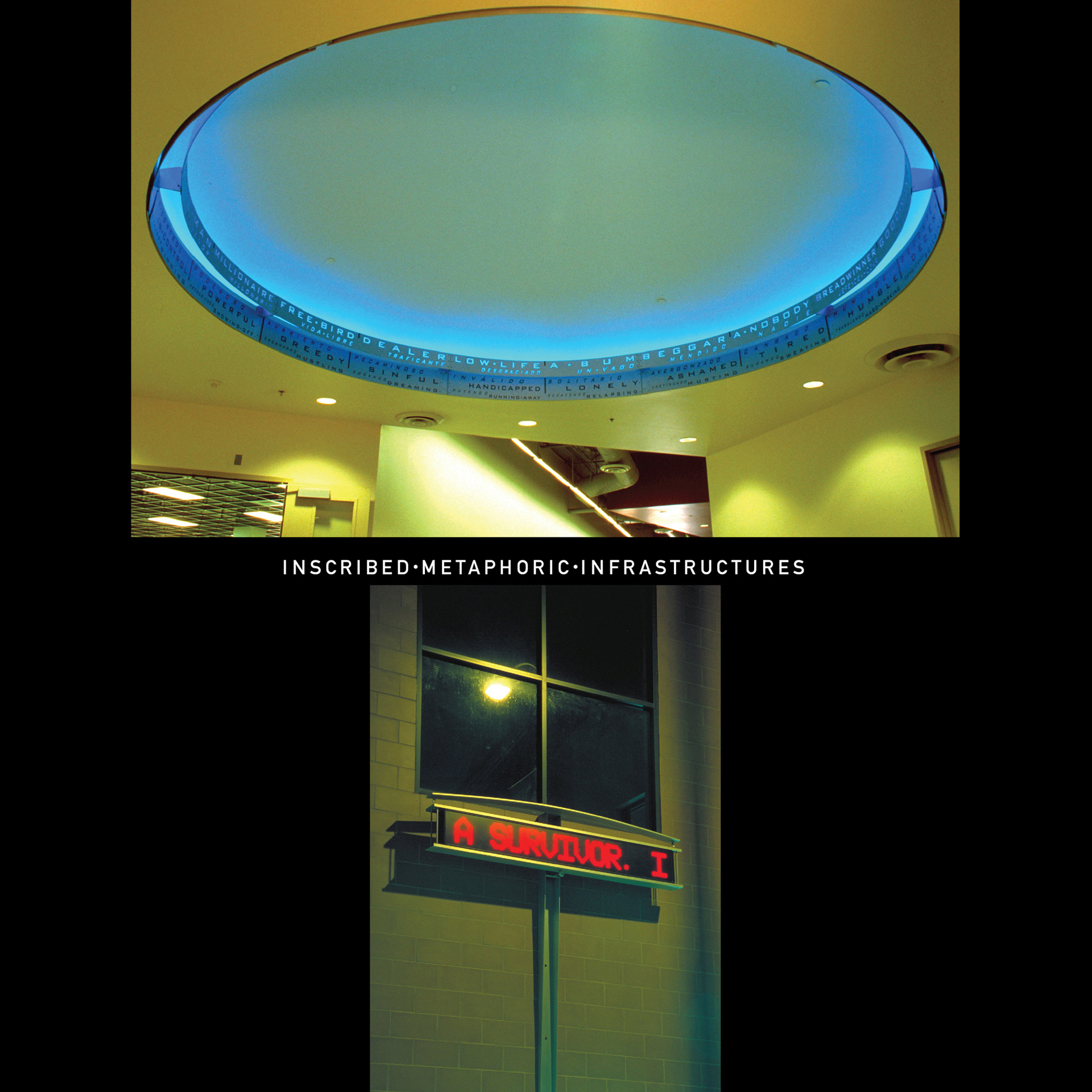 The National Endowment for the Arts

The Los Angeles Endowment for the Arts

Inscribed infrastructures express the collective voice of the homeless community, making those who are invisible—visible. This public art program is comprised of two primary elements. The Electronic Statement, an interactive electronic information system located on the exterior of the building–facing toward the corporate skyline, enables shelter inhabitants to transmit public statements generated by the residents themselves. In addition, the collective voice of the homeless community has been composed as an open-ended linguistic structure that juxtaposes words collected from the Mission’s residents, forming an encircling frieze of inscriptions in the Orientation Rotunda.

As a form-language system, the inscription elements of this art program represent the voices of the Mission residents: collective and individual, permanent and extemporaneous, self-reflective and politicized. While the two primary elements of the art-system are integrated into the architecture of the building, the Orientation Rotunda acts as an inward infiltration, directed to the residents within the building; and the Electronic Statement is a more overt infiltration, projecting residents’ statements outward, directed toward the public realm they are separated from. This art program seeks to dignify the environment for the residents by elevating their words to a level of monumentality and will empower them to exercise a public voice, both as individuals and as a socio-economic community, through the mastery of an interactive, early form of digital technology.