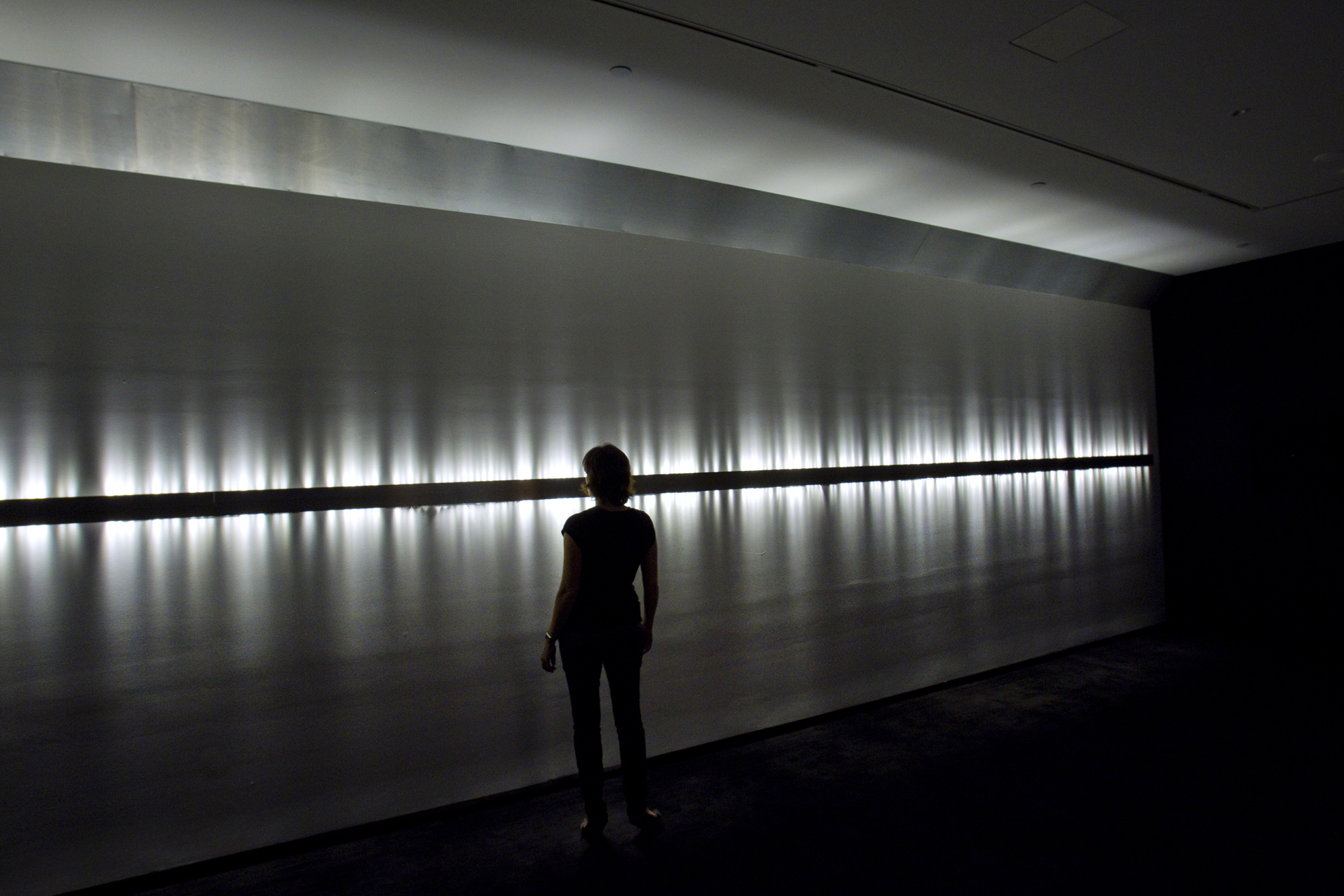 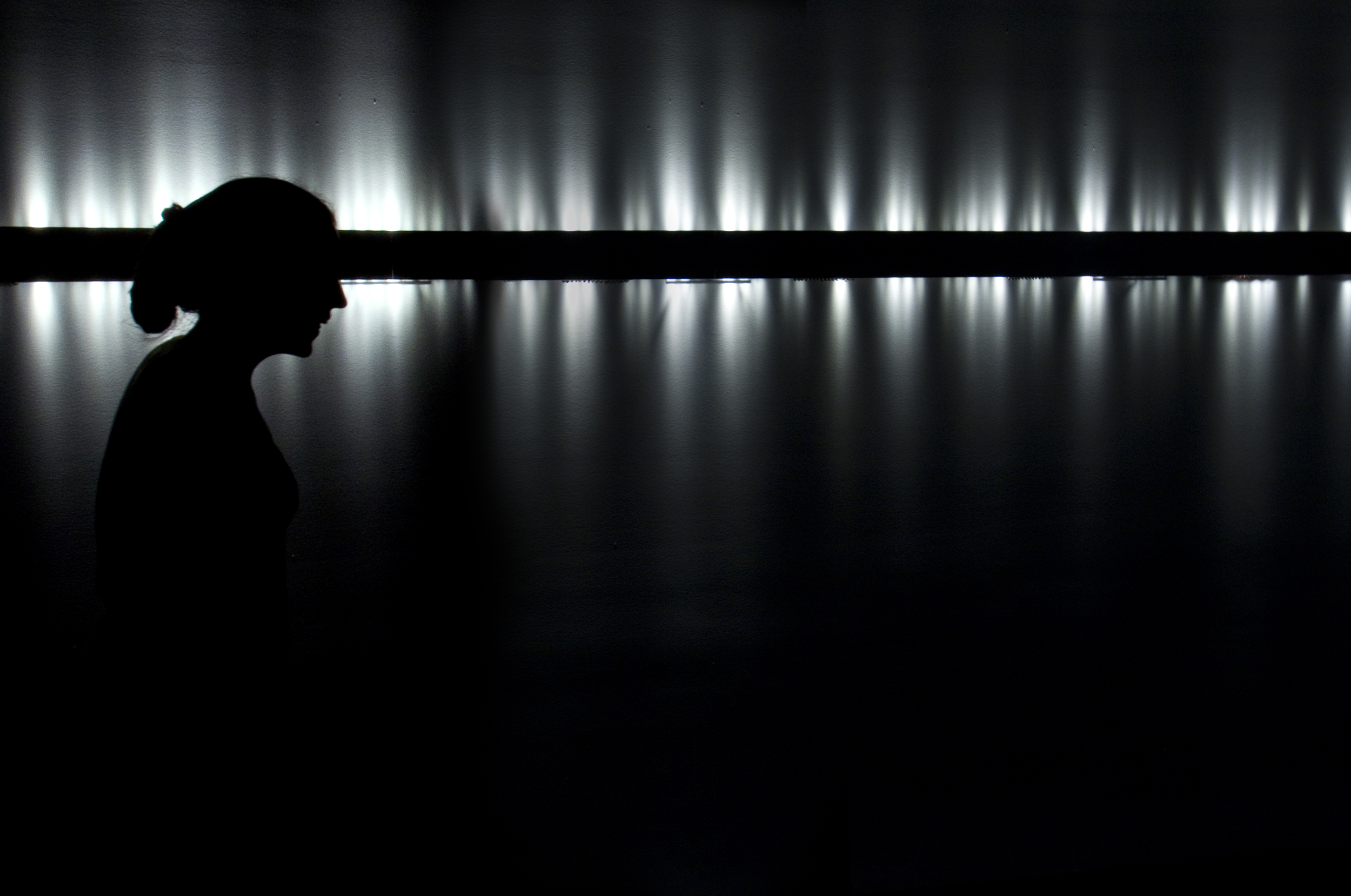 “Voice Array” is a construction for vocal improvisation that uses blinking LEDs and a customized intercom system of audio playback and recording. Capturing hundreds of voices and translating each one into a series of light flashes, the piece stores a unique pattern as a loop in the first light of the array, until the next participant speaks into the intercom.

Each new recording is pushed along its long horizontal band of LEDs, as sounds of the voices gradually accumulate. When the first voice reaches the other side of the piece, the participant’s phrase is once again released as sound, punctuated by the staggering pulsation of all the lights in tandem. The ever-changing voices stored by the piece play back through a directional speaker, during moments of less activity.