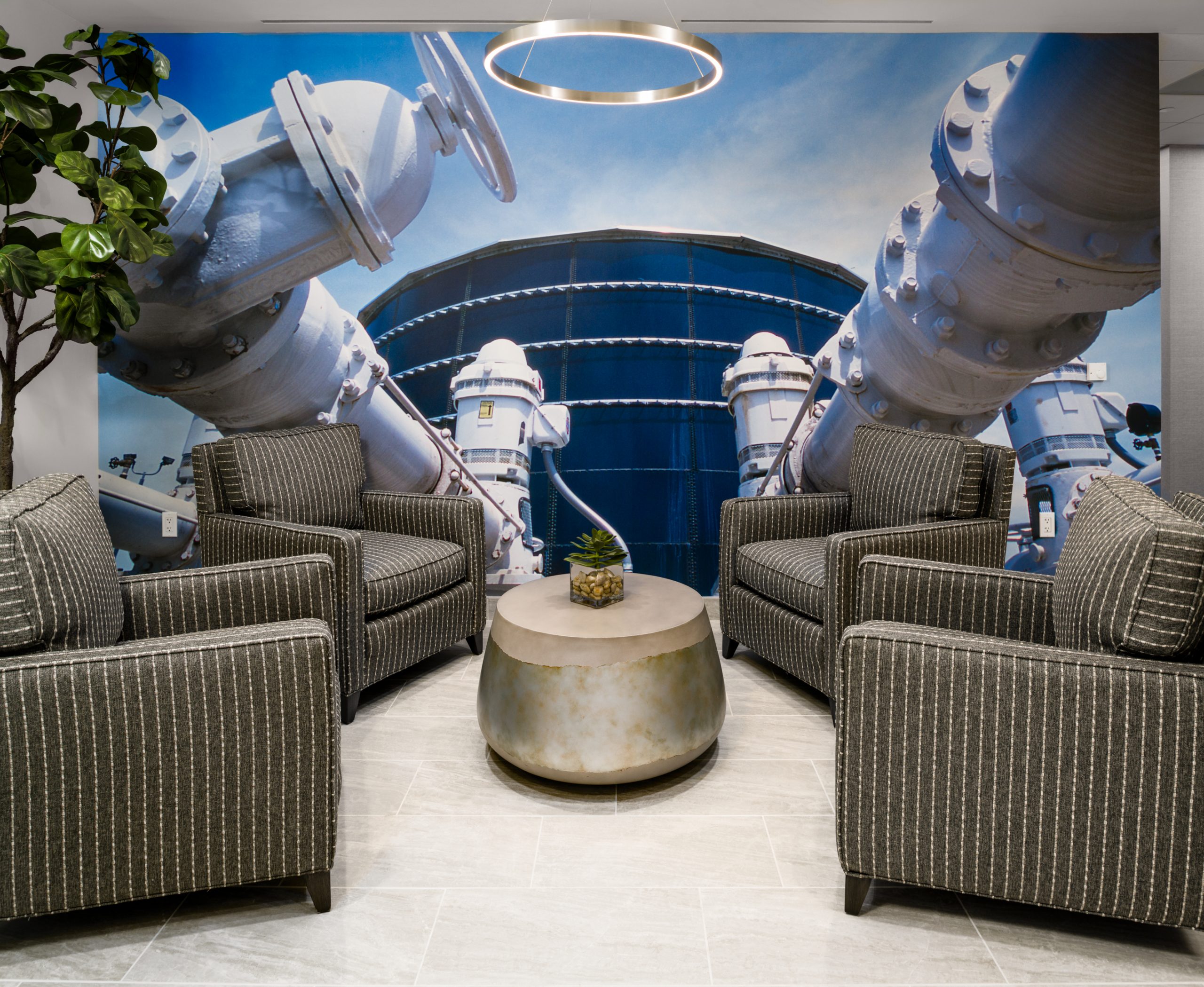 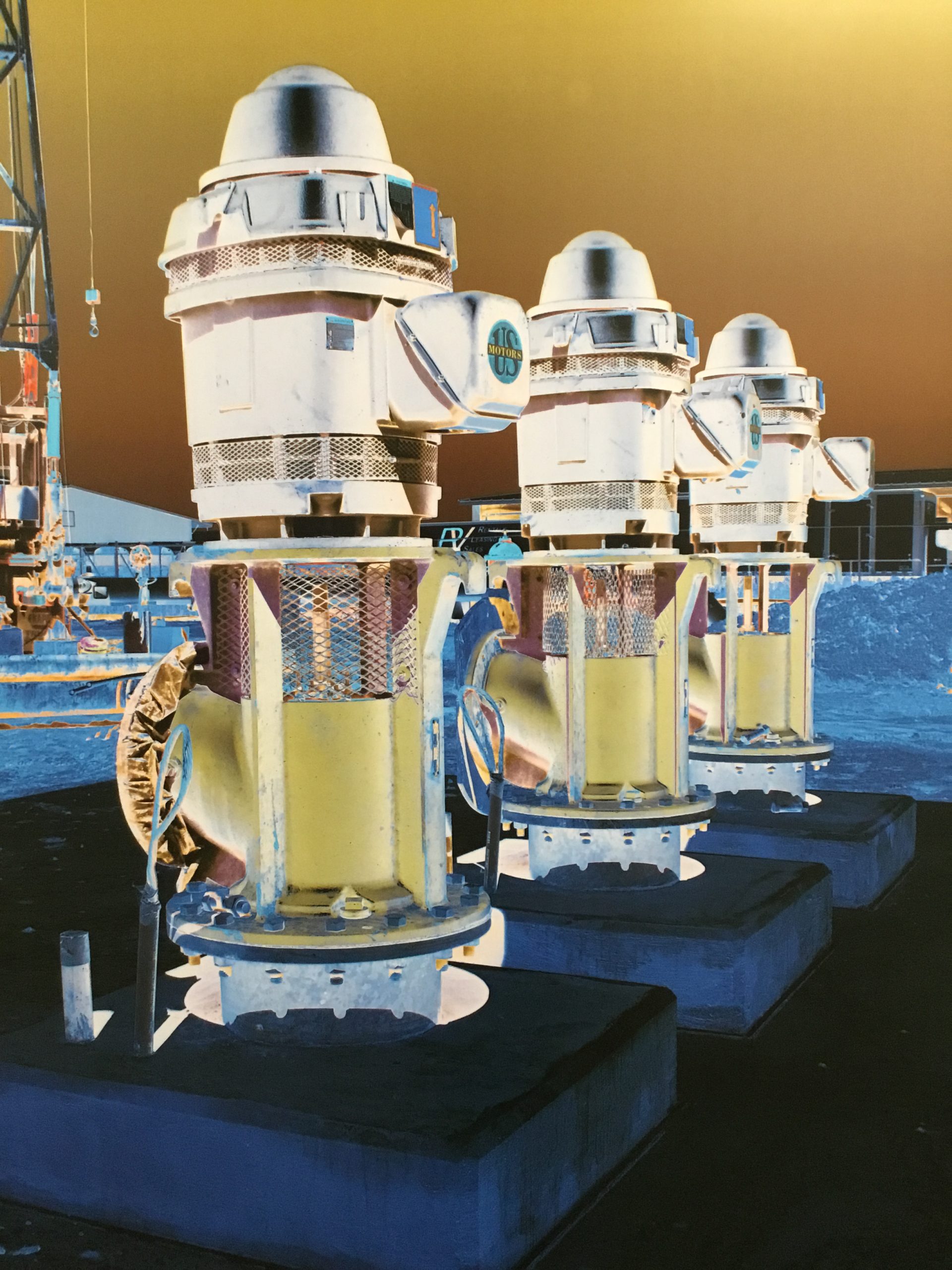 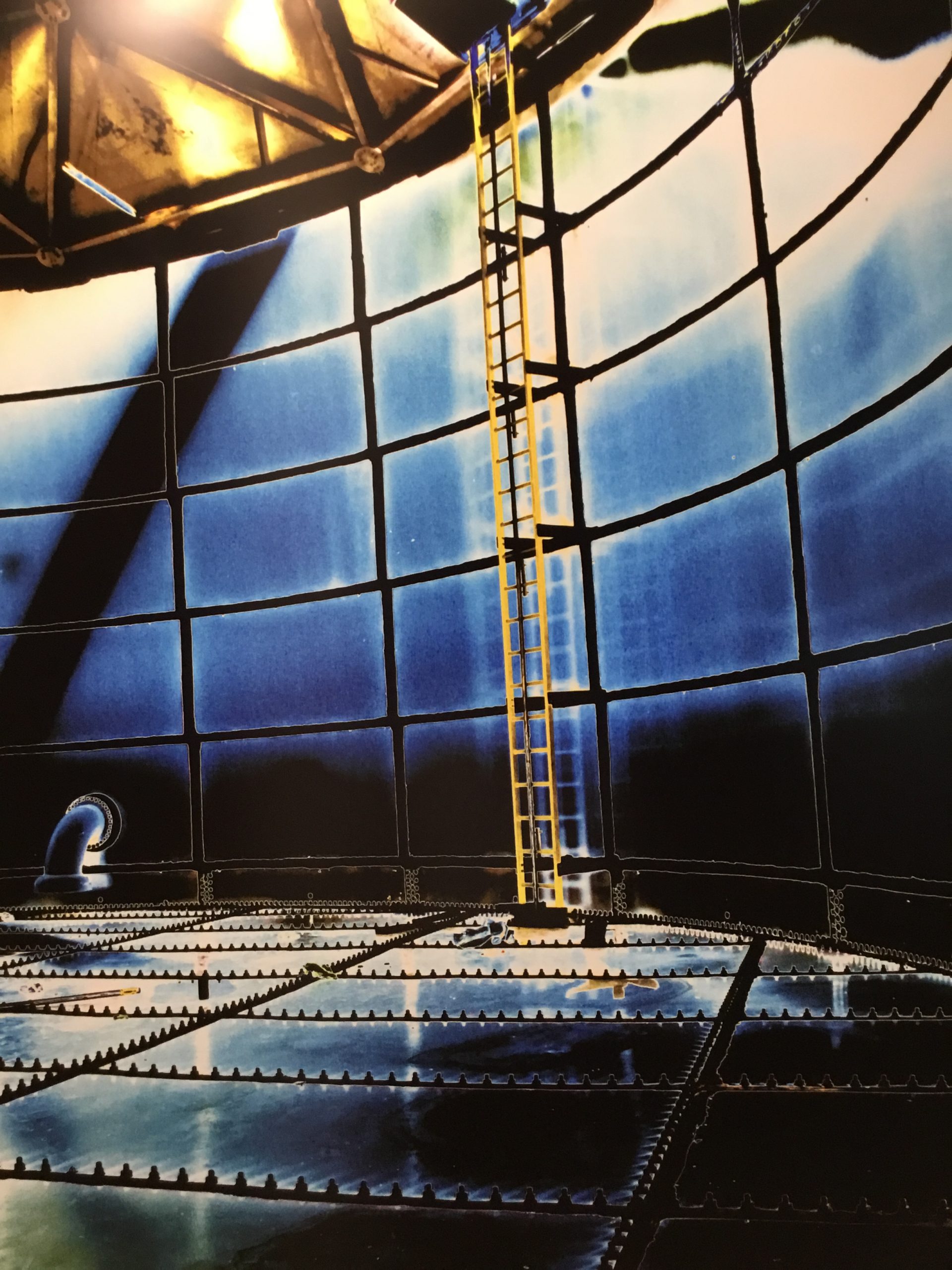 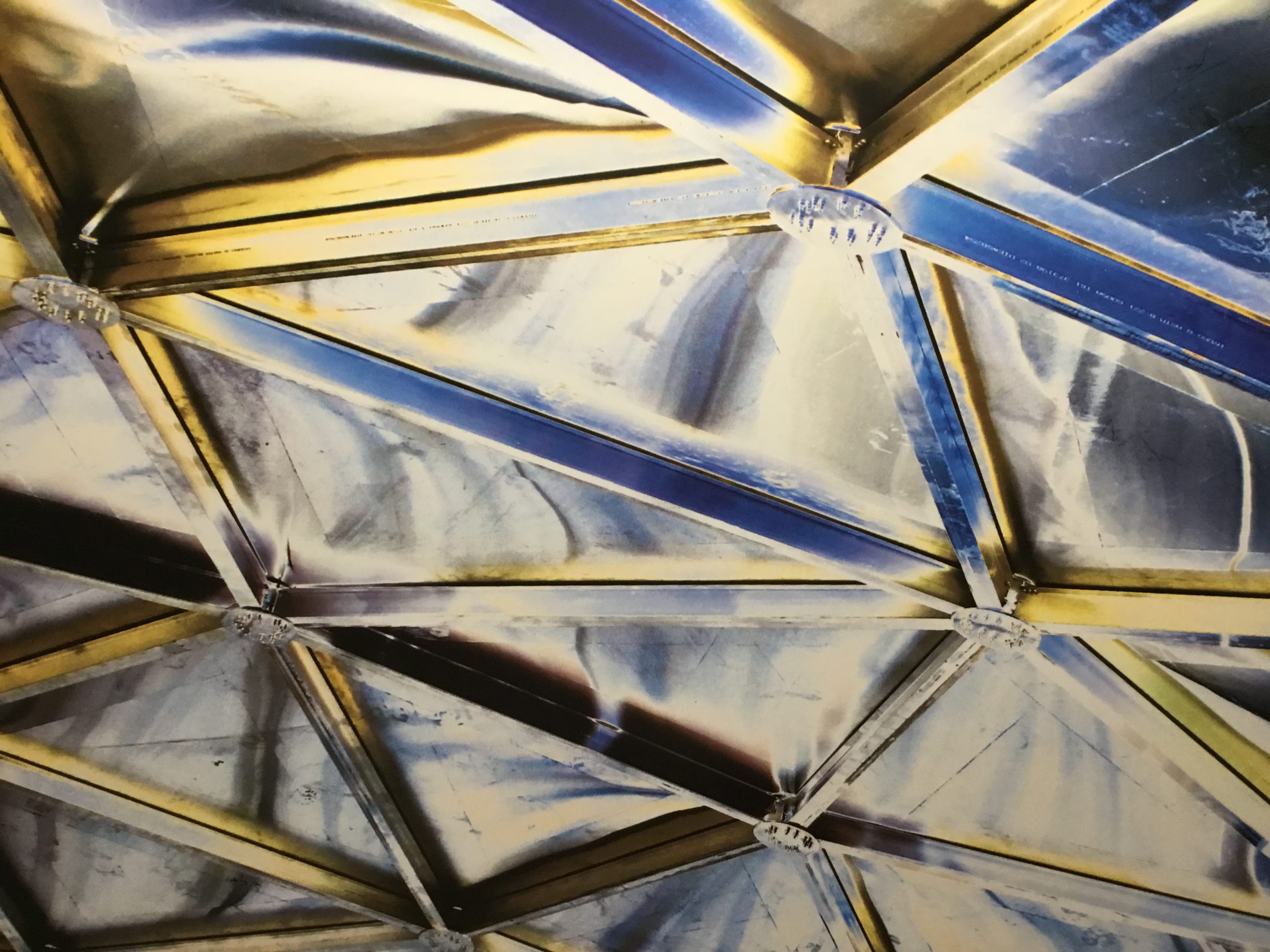 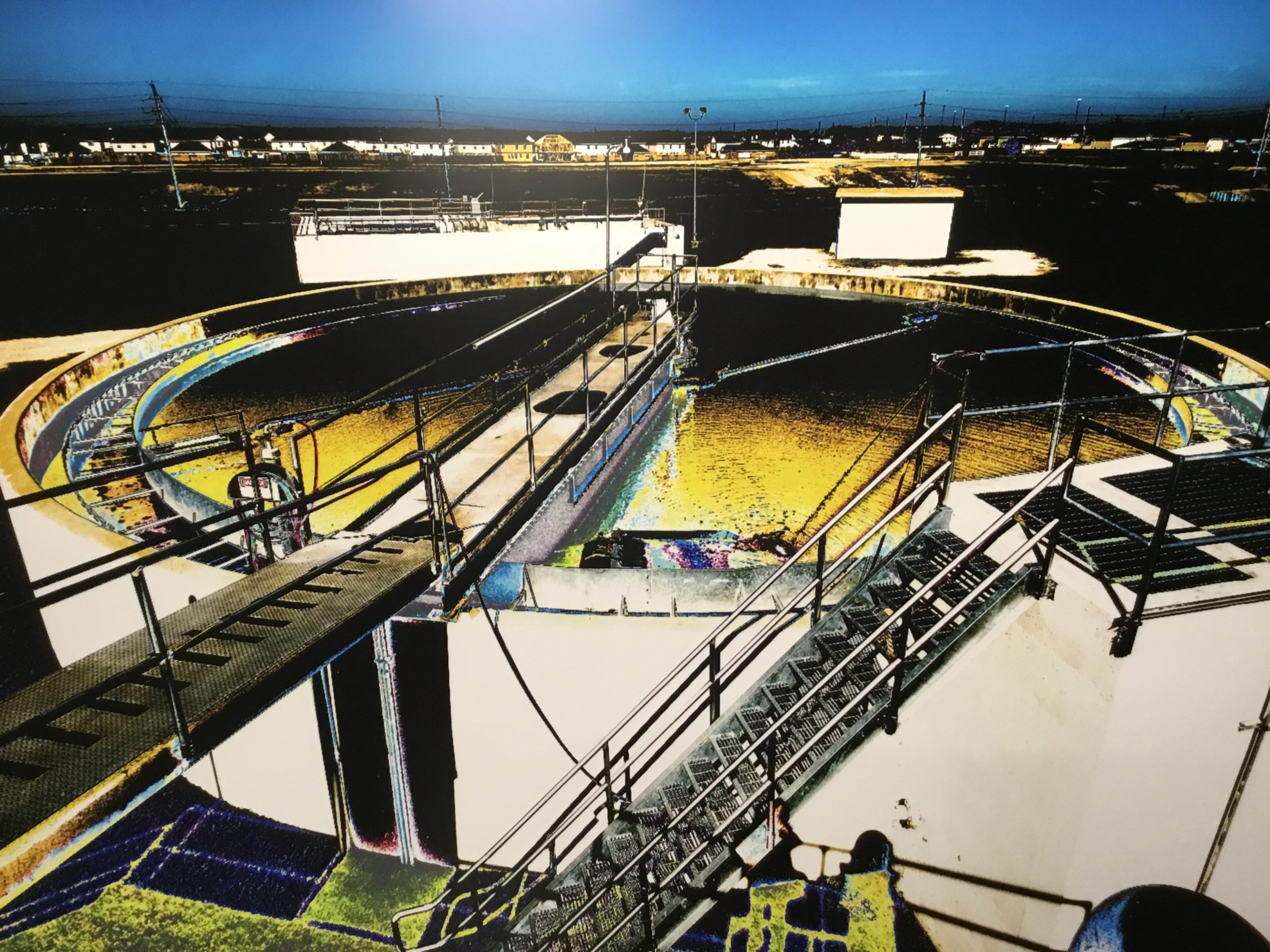 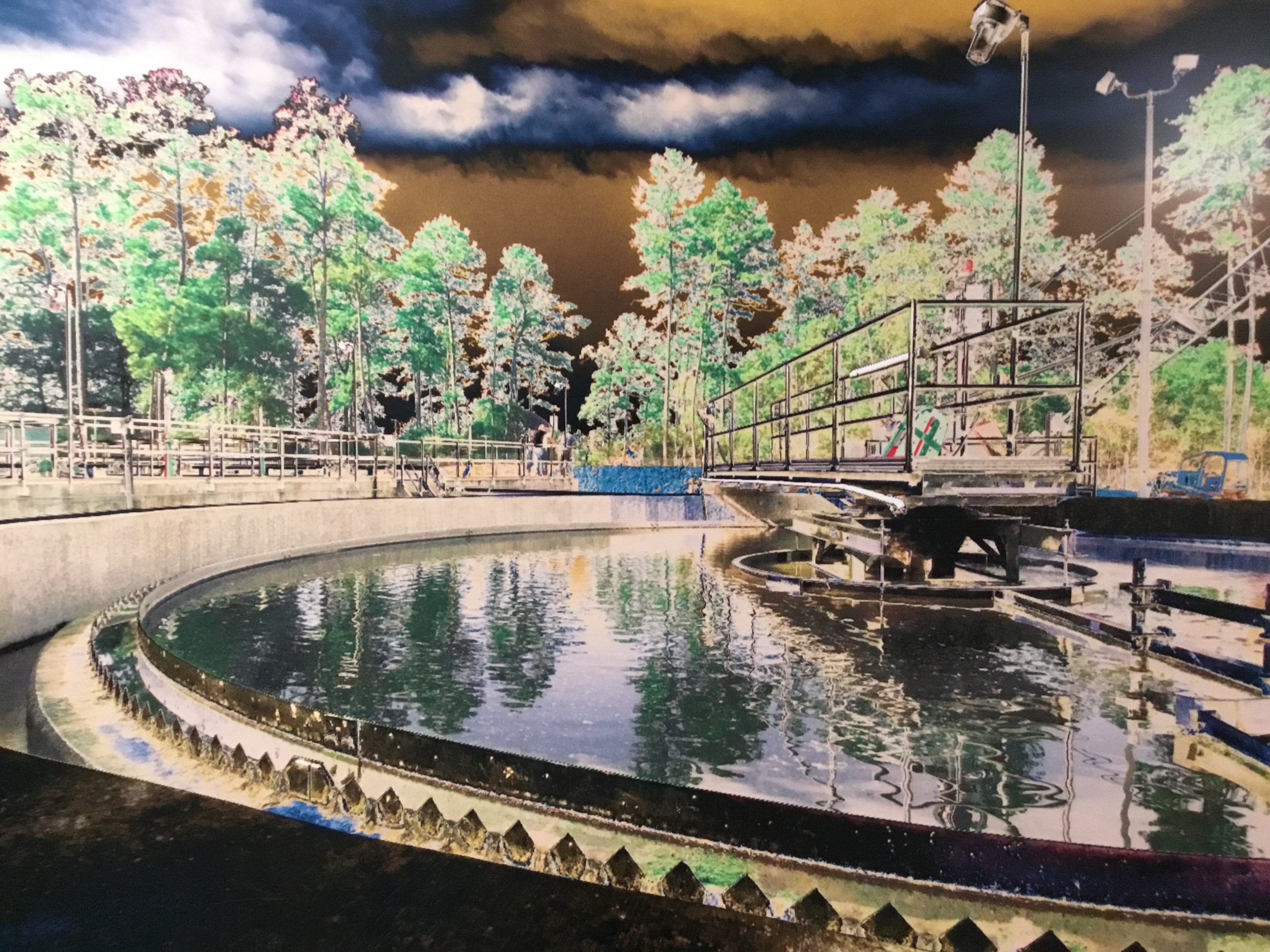 Biophilia and photography were used to create the space and brand of Vogler & Spencer Engineering. This Houston firm made the ambitious move into large office space during a pandemic, at a time when most construction meetings were virtual and product and suppliers were increasingly unavailable. Our biophilic design direction brought natural elements the engineers worked with in their daily projects into their office spaces. The project’s exterior was floor to ceiling windows. Clerestory windows were also used to bring maximal natural light into the interior spaces. Exposed concrete columns, stone, metal, glass and plants combined with choices of natural hues and textures increased the connectivity between the occupants and their spaces. We converted photos taken from their previous engineering projects into abstract art, which we then transferred to metal. The wall art was representative of the company in both project and product and was displayed throughout the hallways. One of the these, our feature project photo, was made into a 16 foot wall mural in the reception area, which gave the feeling of sitting right by the tank, bringing in the outdoors, identifying the firm, and adding experiential drama.

Our goal for the occupants of this engineering firm was to create a biophilic tangible contact with the natural features tied into their industry and showcase the particular expertise of Vogler & Spencer's engineers. The challenge was to do this in an experiential and connected way. Transferring the project photographs into abstract art not only provided an interesting and impactful path to a comfortable and nurturing environment for the engineers but it also attracted the attention of visitors and served as a reminder of how exciting engineering can be.

In collaboration with the firm's engineers, we obtained photos of various projects the firm had completed and evaluated which had potential based on a number of factors, including image resolution. We enlarged the highest resolution photo into a 16 foot wall mural that provided the perfect backdrop for the reception area. The remaining photographs were used as art work throughout the space. With the aid of computer post-processing software, we were able to alter the colors, tone, and balance of the original photos to create emotion-evoking contemporary images, which were then transformed into large metal wall art.

We have been told that the artwork has prompted many visiting the offices to take photos, especially suppliers of some of the products used in the photos.