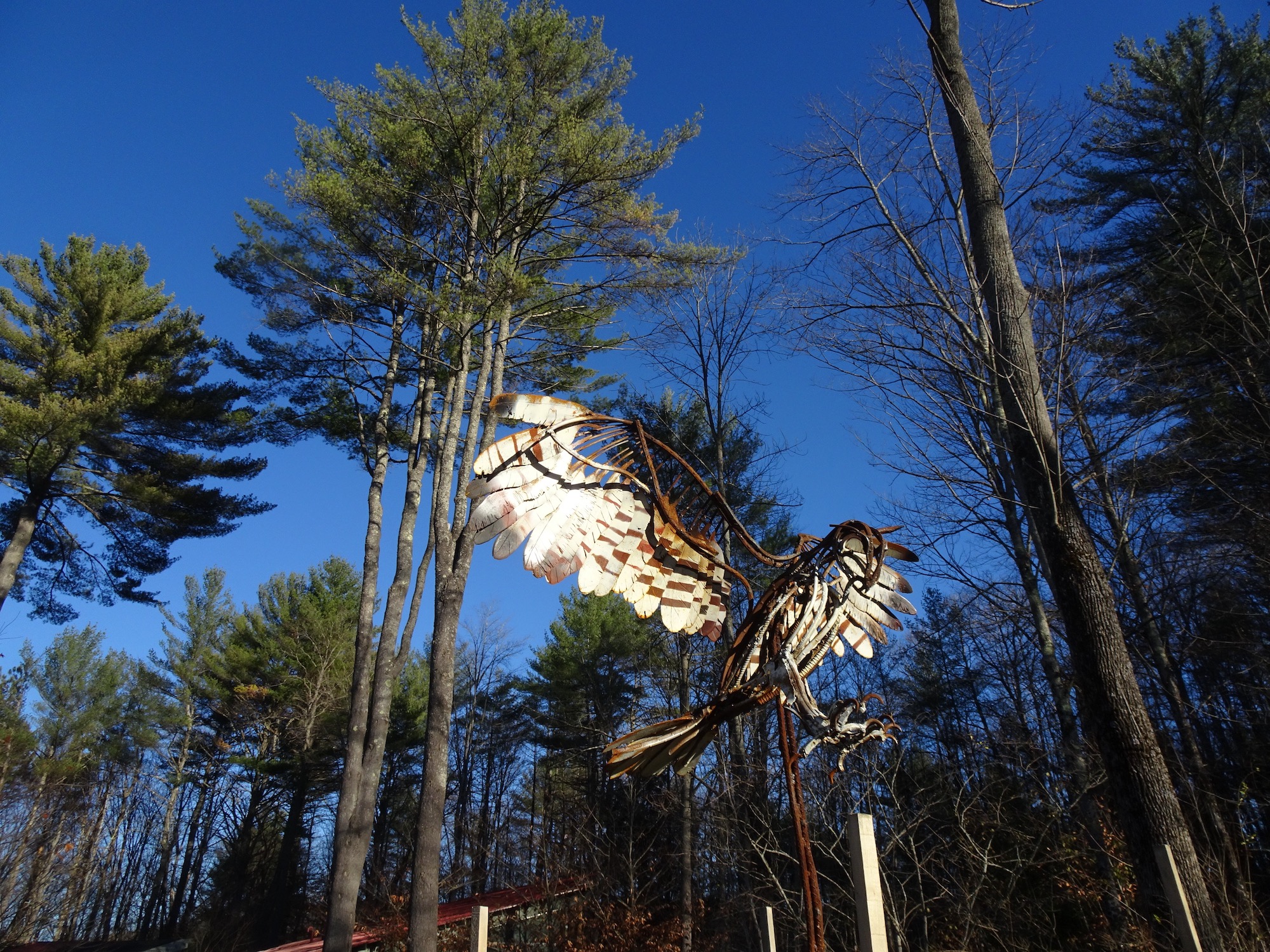 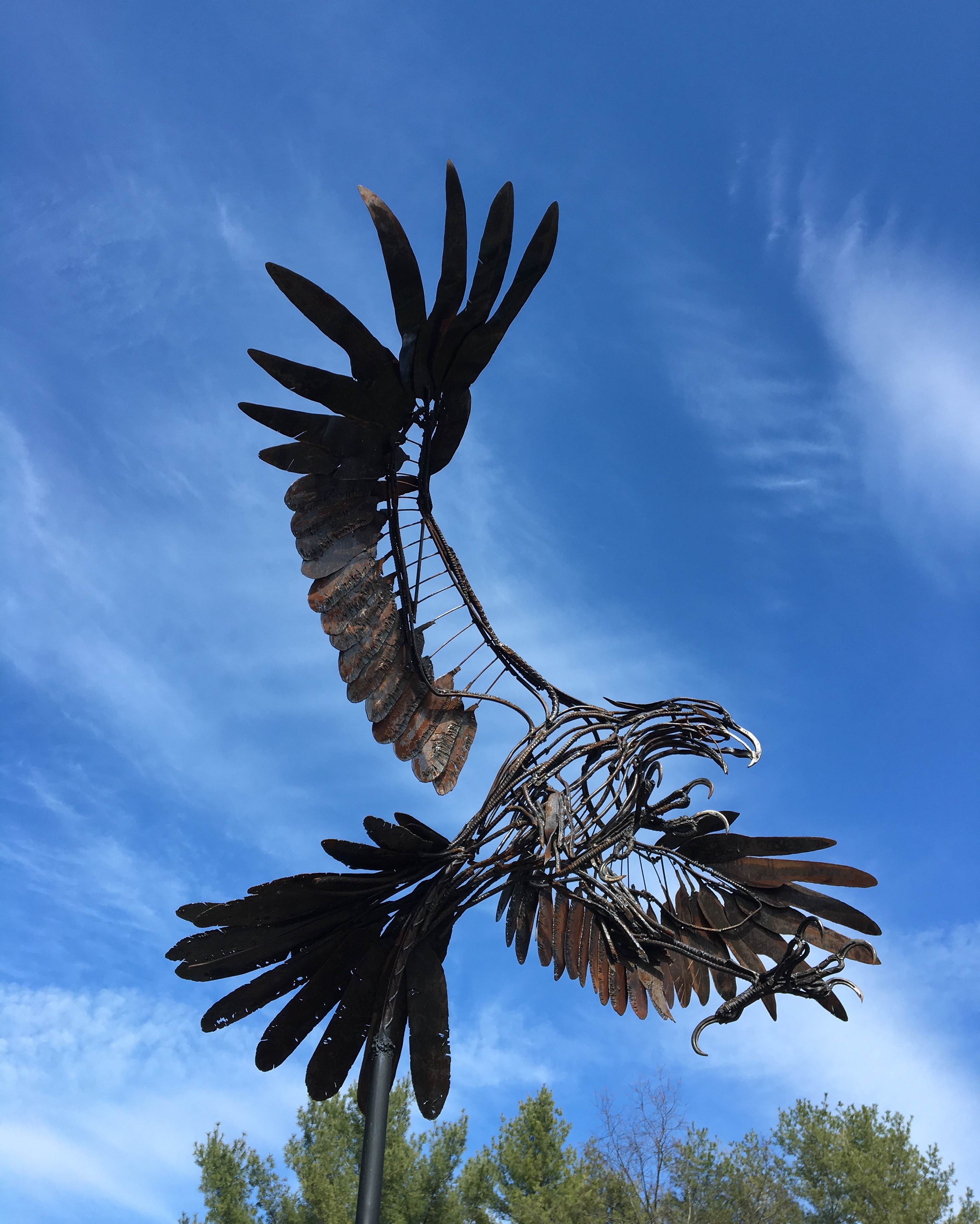 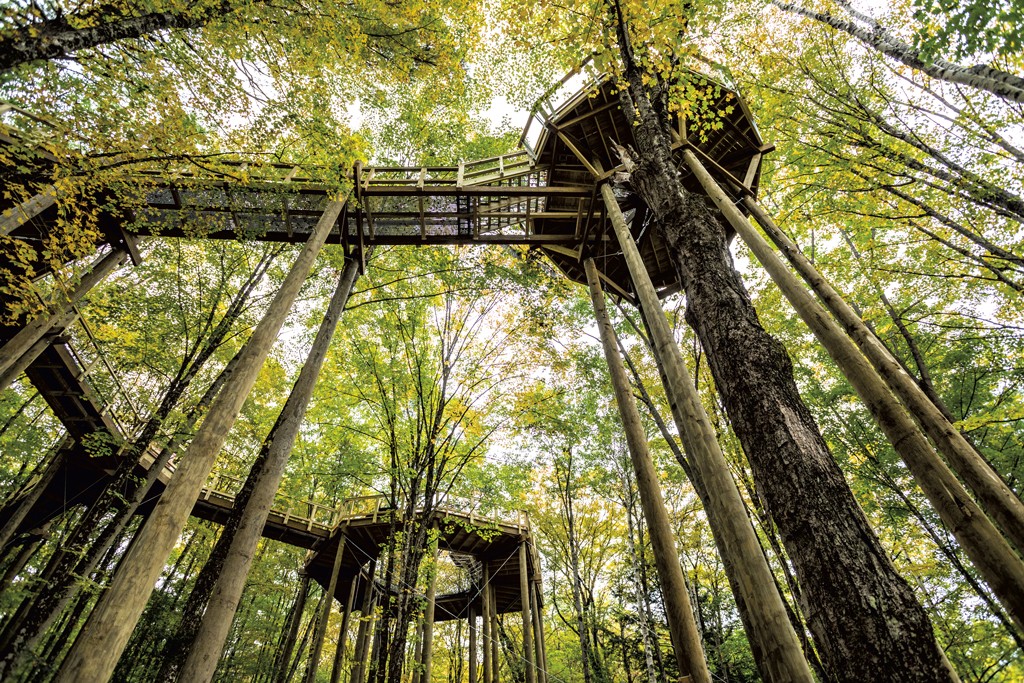 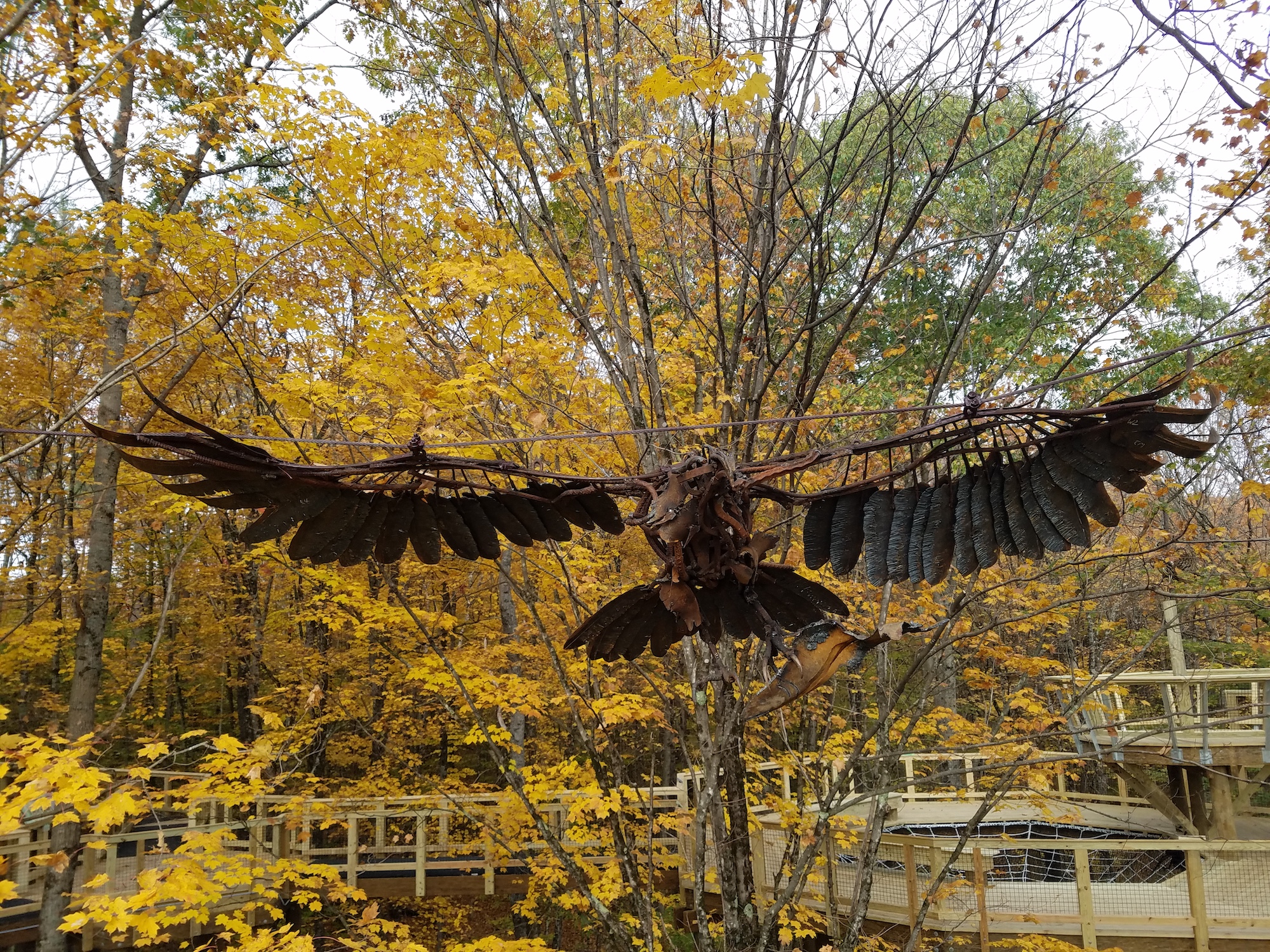 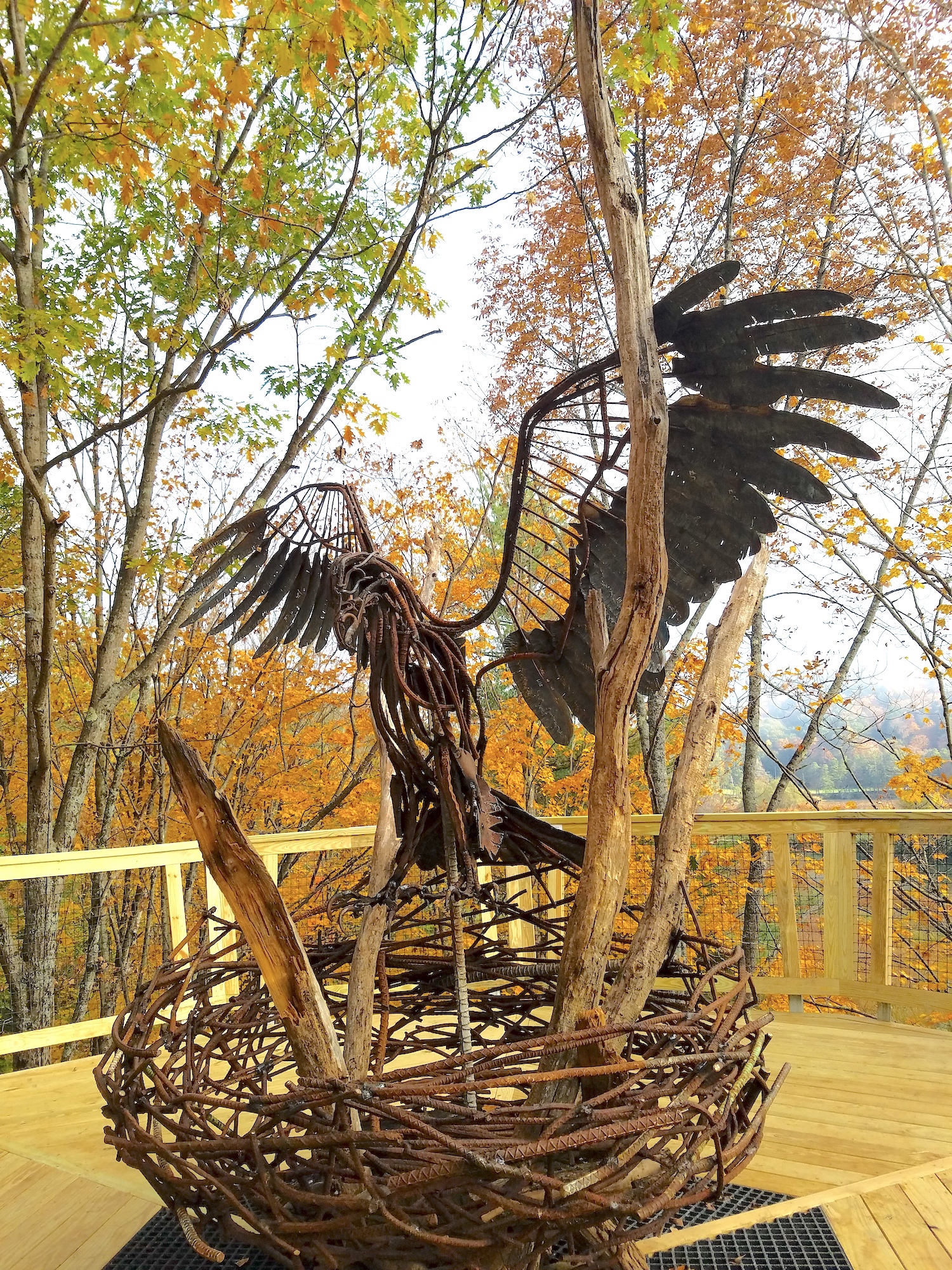 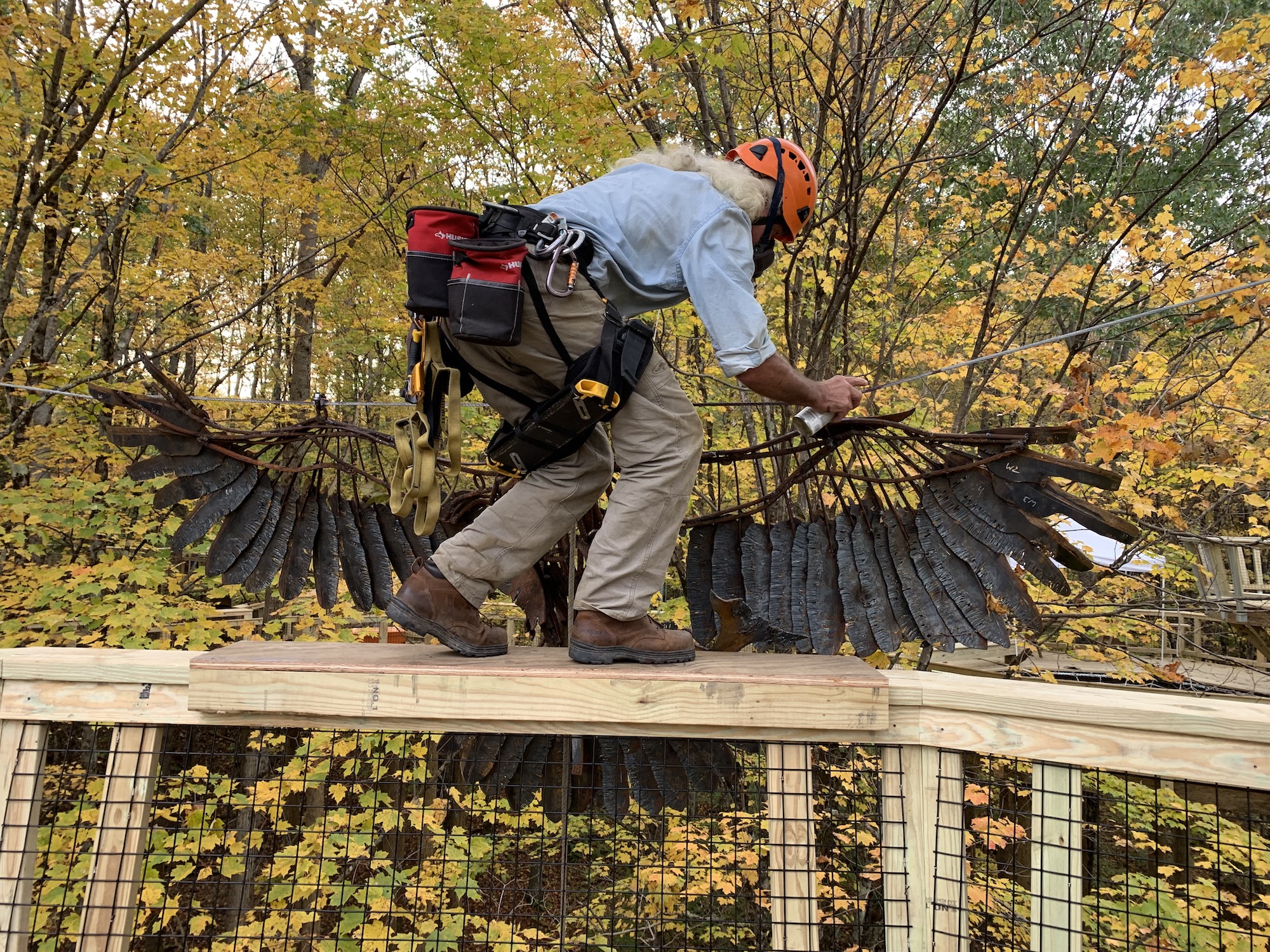 Over the past five years VINS has commissioned me to do a series of avian sculptures, representing the raptors they rehabilitate and educate the public about. These have included the entryway eagle that greets visitors, a Great Horned Owl, a Sharp Shinned Hawk, and finally in October, 2019, two nesting Bald Eagle pieces that go on a platform 60 feet in the air at the end of the new Tree Canopy Walk, a $1,700,000 project that they expect will increase their viewership manyfold.

VINS is an institution that rehabilitates raptors, and keeps a collection of live birds that cannot be returned to the wild due to injury, twith which they do educational outreach and workshops. In additional VINS holds many lectures, walks, children's camps, and other events that educate the public about nature and wildlife in general, and acts as a community gathering place. My sculptures have been integrated into the landscape of VINS, and act as both sculptural art objects, and objects that excite the viewer's interest to learn more about wildlife (and art). The most recent chapter of my collaboration with VINS has taken one year to develop, after they raised the 1 million needed to build the Canopy Walk. Because the land from the center of VINS drops off precipitously to the Quechee Gorge, they were able to design a wheelchair accessible, slowly inclining tree top walk, that culminates in three different viewing platforms. At one of these platforms, two Bald Eagles, one flying suspended in the air, the other spreading its wings over a large steel nest in the center, can be approached by the viewers.

Tom Ciardelli, a wildlife and art enthusiast, bought some sculptures of mine that were exhibited in Maine with my dealer June LaCombe. Some years later, he and the director of VINS, Charles Rattinger, approached me about making a series of avian sculptures for VINS. We agreed that it would be an ongoing project over several years. Tom Ciardelli (anonymously) donated the money for the first three sculptures. The first one, created in 2015, was the 10 ft wingspan Eagle mounted 15 ft in the air over the entryway drive. In 2016 I created the Great Horned Owl, and in 2017 the Sharp Shinned Hawk which greets people entering the visitor center. They then began fundraising for the Canopy Walk, and in 2018 commissioned me to make the two nesting Bald Eagles. VINS spent the next two years fundraising, and were met with enthusiastic response from their supporters. The Forest Canopy Walk opened to the public 10/12/2019. That weekend they had 3,500 visitors.