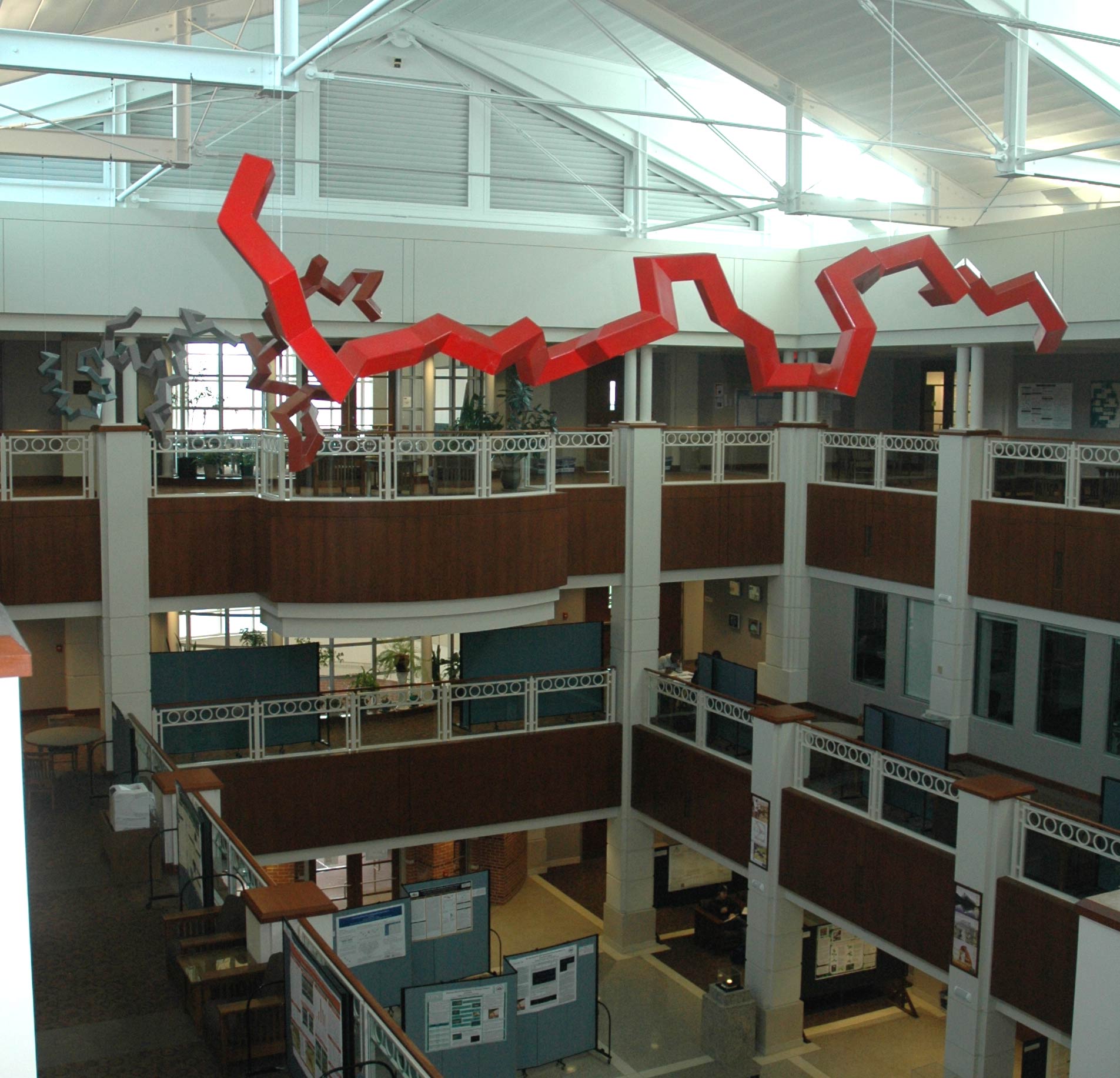 Inspired by the work of sculptor Julian Voss-Andreae, a German-educated physicist whose art is taken from world of science, Biochemistry professor David Gurnon saw an opportunity to bring DePauw’s artists and scientists together. It was a two-birds-with-one-stone idea: encourage scientists to demonstrate their research creatively, and the non-scientific community would meet them halfway.

Under Voss-Andreae’s guidance, Gurnon (right), Assistant Professor of Art Jacob K. Stanley and 10 DePauw students created a set of sculptures that depict the birth of a protein called villin. The sculptures were unveiled in the Julian Science & Mathematics Center atrium as part of ArtsFest 2011 and are now part of DePauw's permanent collection.