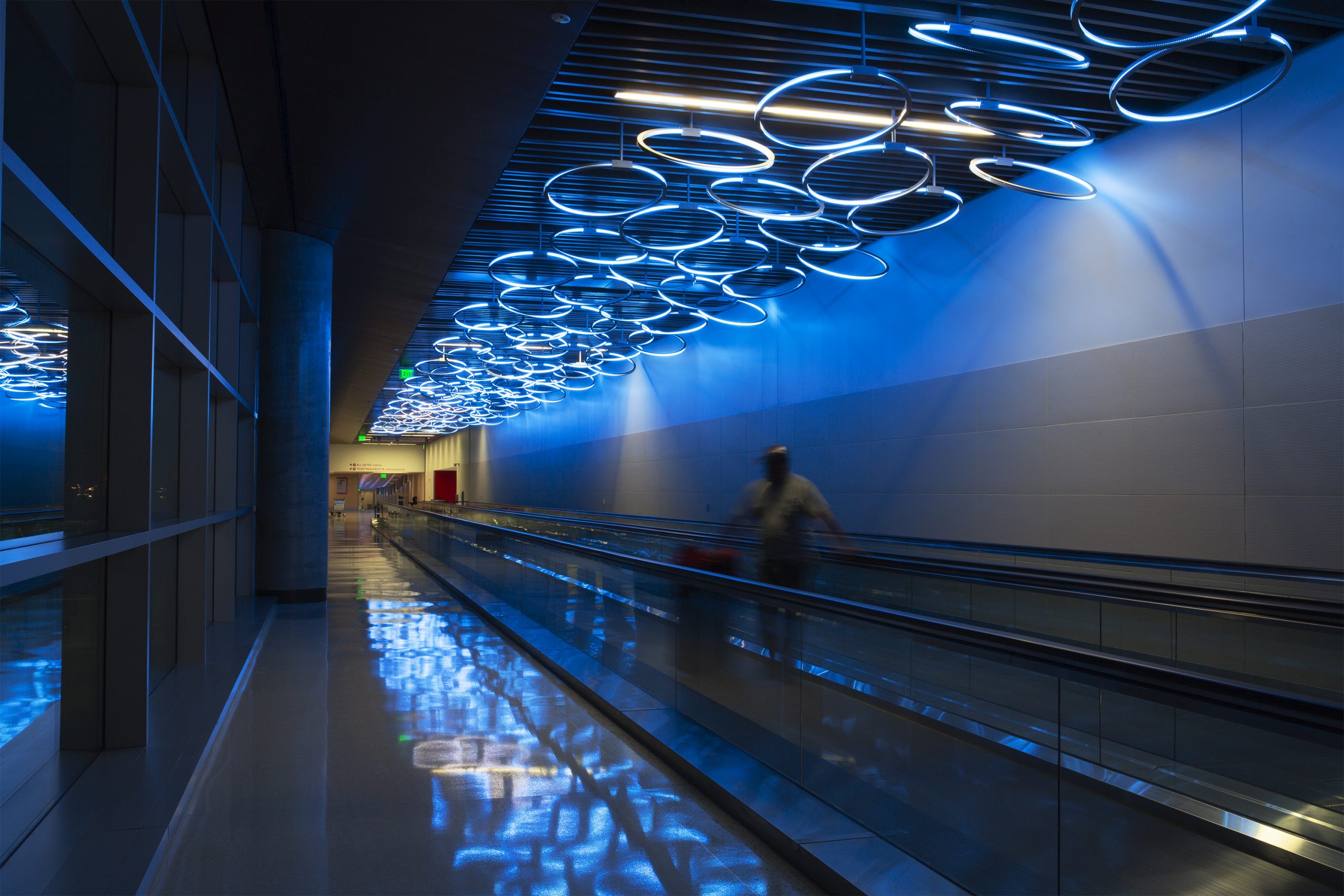 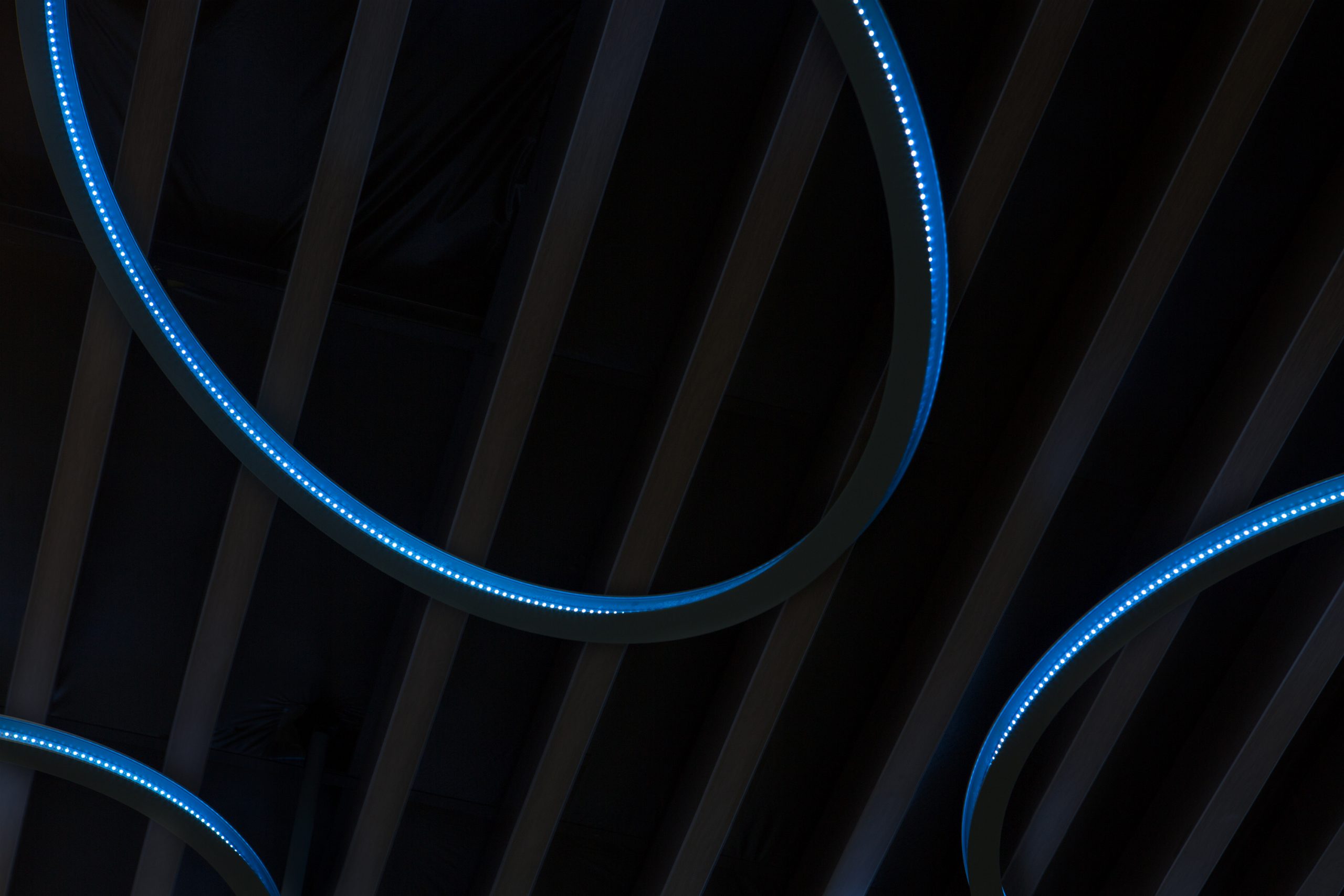 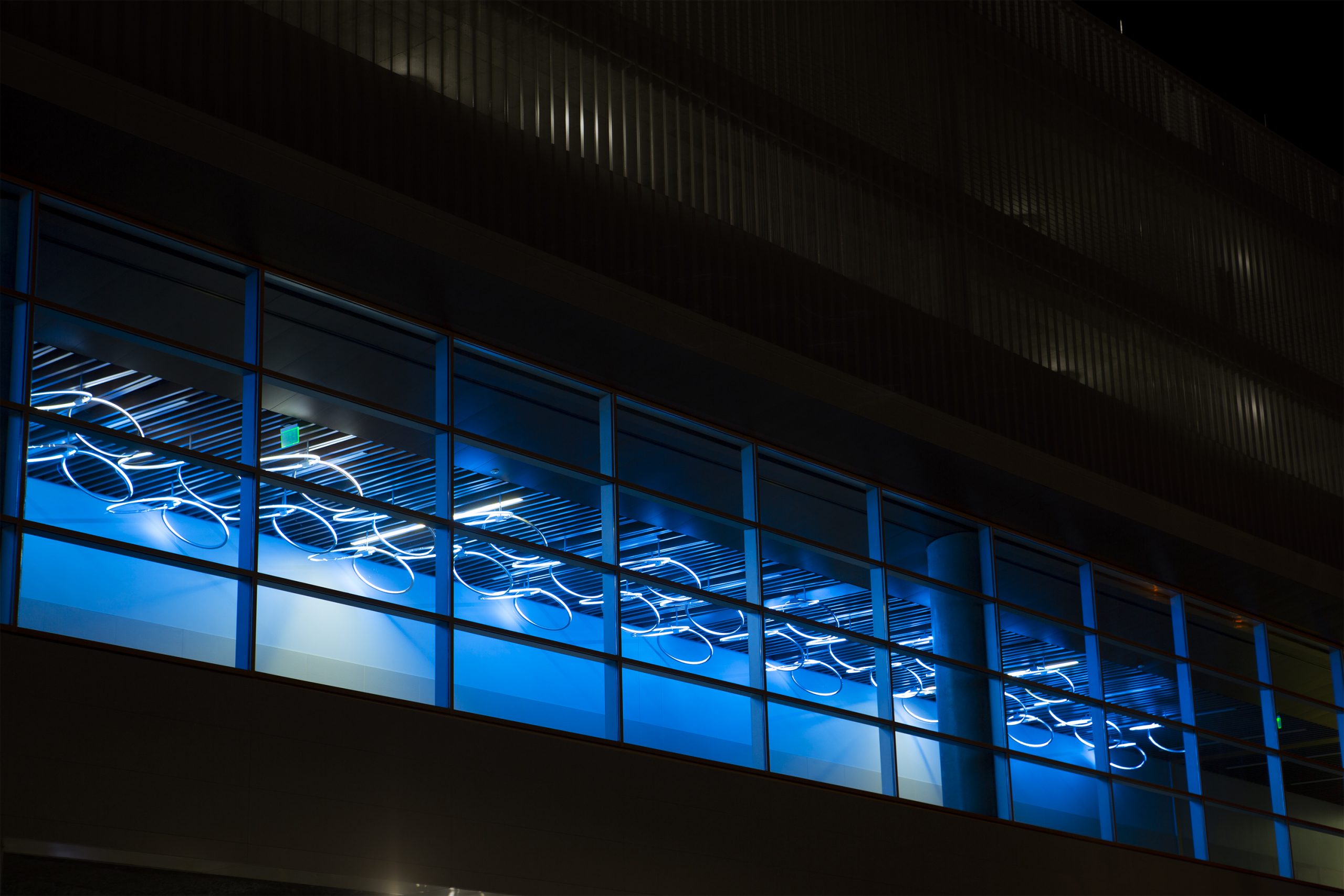 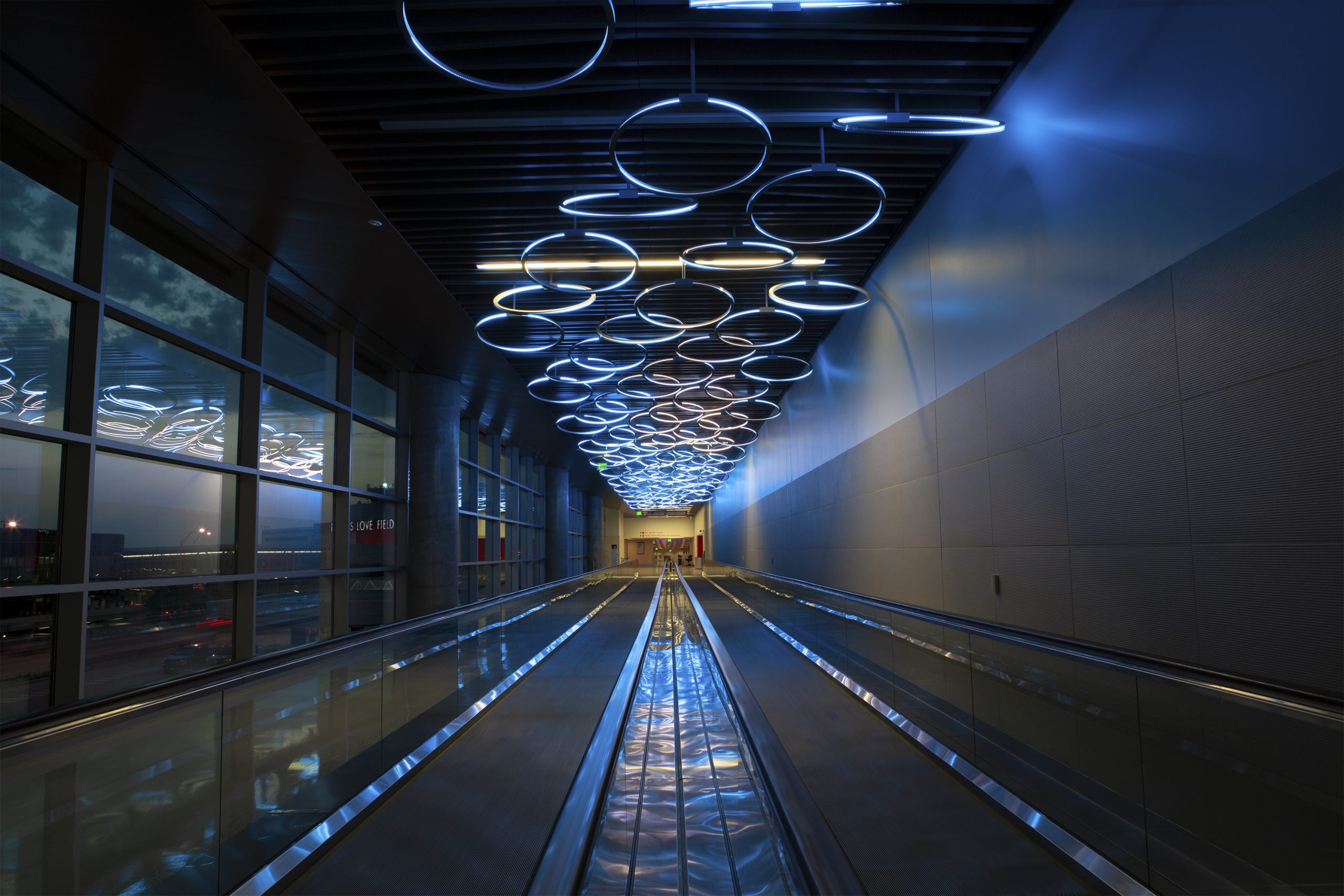 Paying homage to the site, where the first moving walkway within an airport was developed, the cascading rings are animated with content triggered by motion. As passengers on the walkway below disturb the air, eddies, currents and vortexes of light echo above them. The gamut of light used from the RGBW LED’s is inspired by the epic and colourful skies of Dallas.

Vector Field was created in response to a brief from the City of Dallas that required a feature artwork that would evoke the spirit of flight and provide a positive experience for travellers. To be launched for the airport’s 100th year anniversary, the artwork needed to be an uplifting and celebratory signal towards the future.

Vector Field was developed through regular meetings and workshops with the City of Dallas. Internally, the JBS team is multidisciplinary made up of architects, engineers, computational designers, creative technologists and project managers. They work together closely through each stage of a project to develop innovative ideas while always ensuring the perceived outcome is achievable. For Vector Field, the 100 LED rings are bespoke and were developed in-house through an intensive R&D process. Through iteration and testing, JBS have developed an extremely thin, lightweight and elegant system in which all electronics and cabling are hidden. The outcome is an elegant artwork that provides an illusion of natural phenomena and a sense of magic.