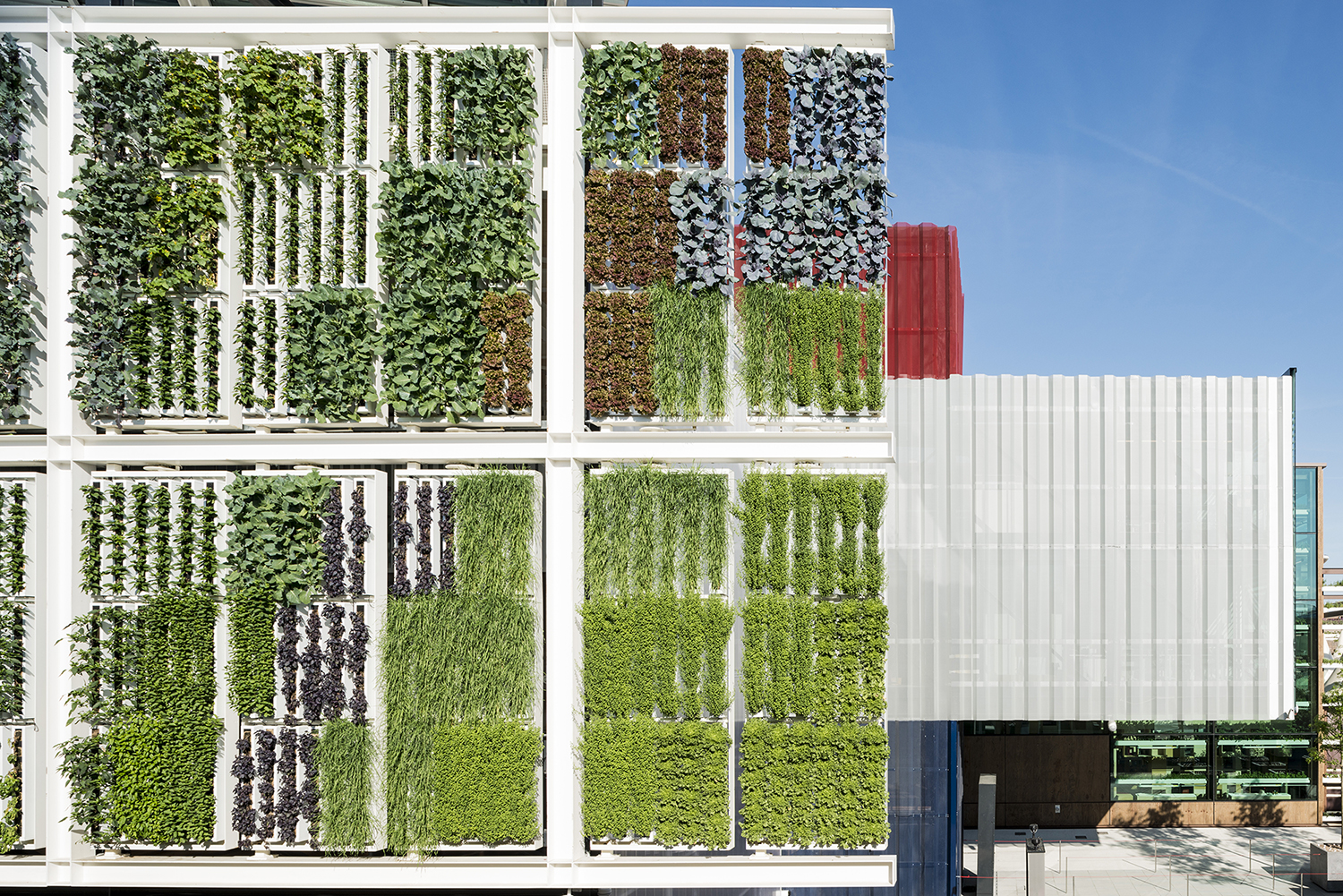 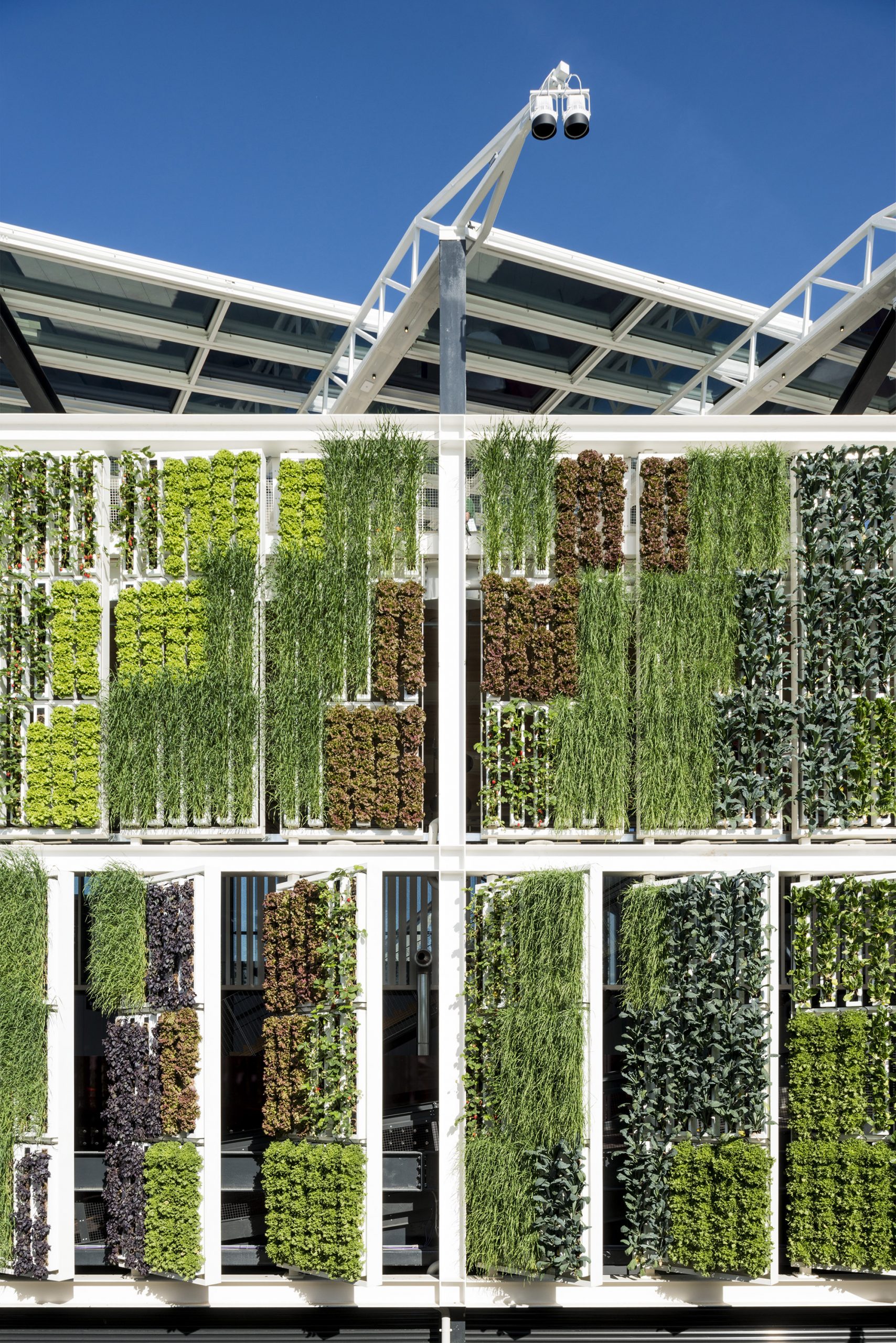 Defining an entire nation, especially one as complex and contradictory as the US, in a single building, is a daunting task. It is also the mission of the USA Pavilion at the 2015 Expo in Milan Italy. We strove to create a formal language expressing American aspirations, while leaving room for exhibit content that addresses the thematic challenges of the Expo.

The USA Pavilion showcases America’s role in the future of food and the challenge of feeding more than 9 billion people by 2050. “American Food 2.0: United to Feed the Planet,” tells America’s food story

The pavilion is organized in three vertical layers and three horizontal experiences. The service layer is a deep wall that exposes vertical movement; elevators, escalators, stairs, mechanical shafts, etc.. The large open concourse, named the Boardwalk, is a reference to the Coney Island Boardwalk (whose salvaged timbers provided the decking for the Boardwalk) where leisure, entertainment and food meet in a thoroughly American forum. Finally the Vertical Farm lines the east façade, the longest public face, with a football field-length hydroponic array of crops, all in constant motion to capture more sunlight, but as well to be a living, breathing facade for the pavilion itself.

Floating above it all is a digital roof canopy glazed in SPD SmartGlass that instantly switches from clear to opaque in response to environmental conditions. The 312 panels are each addressed individually creating an enormous set of programmable 1m x 3m ‘pixels’.

Together these motion-driven elements create a pavilion that is more agricultural machine than sculptural object. They reference such disparate events as Otis unveiling his elevator at the 1854 New York World Expo, the social masses on the Coney Island Boardwalk, ‘amber waves of grain’ and the digital displays driving modern technology.

The Vertical Farm facade, designed with dlandstudio, lines the longest public façade of the pavilion. The entire system was designed and engineered in an accelerated 6-month time frame to meet the demands of the Expo. Twelve consultants, contractors and suppliers worked together to create what has become the most iconic feature of the pavilion. First Lady Michelle Obama called it “Awe-inspiring. The most impactful part of it, obviously, is the vertical farm, the largest of its kind”.
The Vertical Farm facade allows the building to remain open and transparent, while creating a soft green shading device for the interior. It acts as one of the pavilion’s main exhibits, showcasing an American-invented hydroponic system, the diversity of American crops and heirloom seeds, and the light, shadows and even smells of a lush vegetable farm; all while providing enclosure. The appearance of butterflies, bees and even a Praying Mantis has added an entire ecosystem to the pavilion. The air is cooler, cleaner and smells better, the light is dappled and filtered through a screen of plants, and the constantly changing colors and volumes of the plants makes the wall ever-changing.

The USA Pavilion was the most visited at the Expo (more than 6 million visitors over a 6 month period and a record 65,000 on a single day) and virtually the only one without a queue. Queues of up to 8 hours kept other pavilions barely seen, but openness and accessibility are American attributes we sought to celebrate. Access, it turns out, may be the most effective form of public diplomacy!