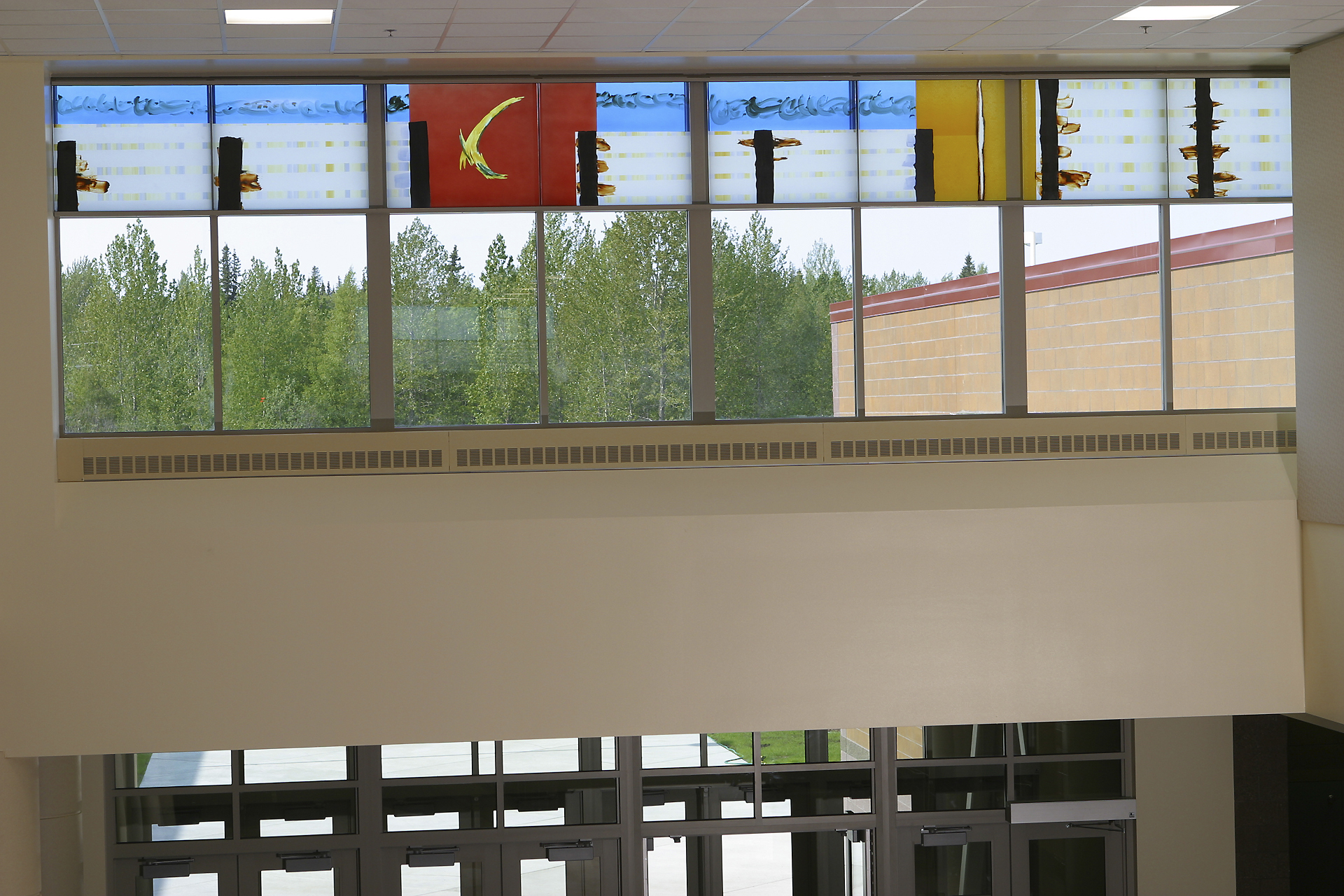 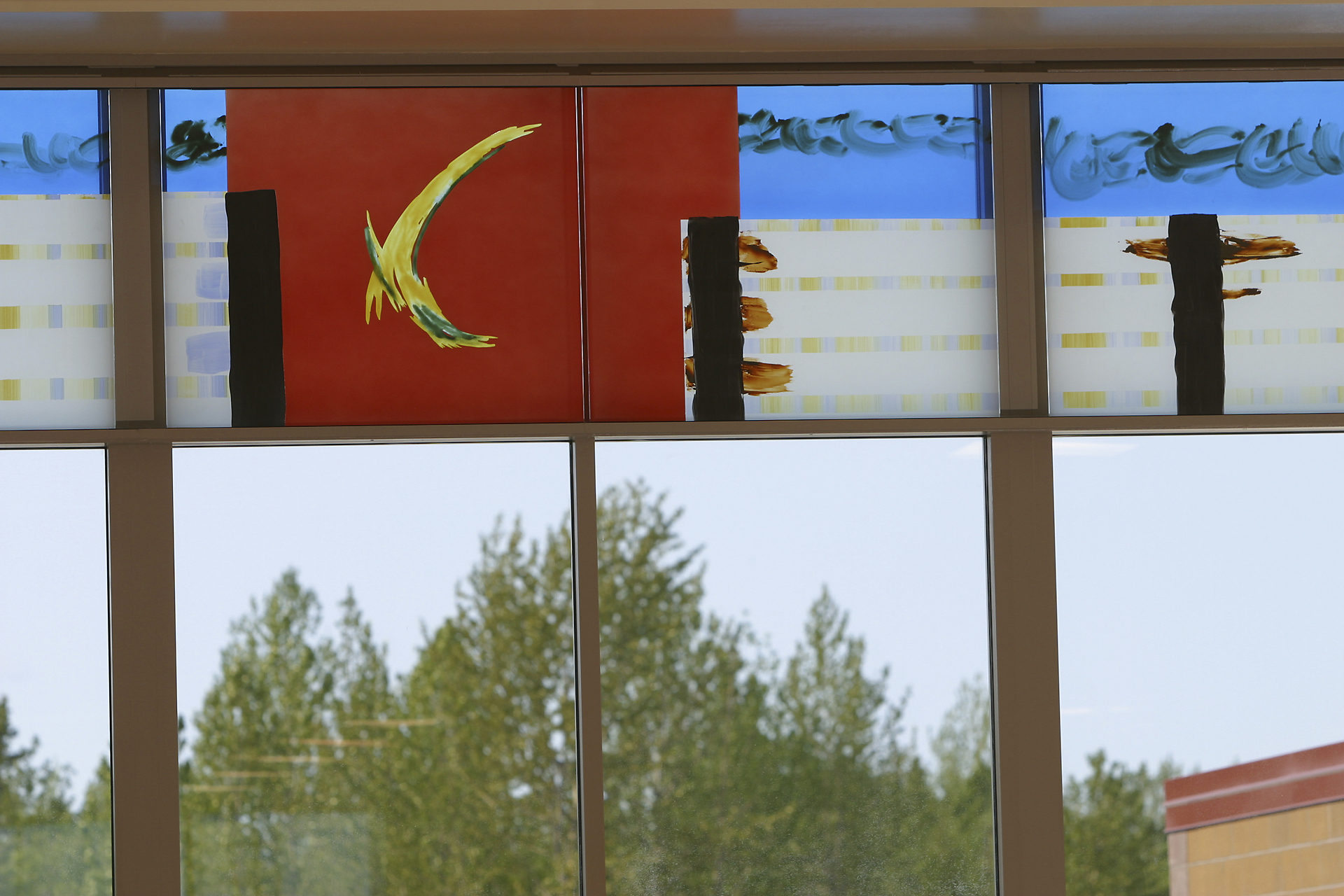 I was chosen as a finalist for this project while the building was still under construction. A subsequent site visit revealed a discrepancy between budget and sheer size of the clerestory (North and South Entry) to be addressed. The solution to work the upper parts of the clerestories resulted from the fact, that exterior and interior views would show exactly these portions in full, regardless.

The fabrication of the manipulated float glass panels was executed by Franz Mayer of Munich, Munich, Germany. The process was overseen hand-on by the artist at their Munich facility and fabricated in collaboration with in-house artisan Reiner John’s guidance. The objective during execution had been to come as close as humanly possible in transferring a proposed design on mylar foil within a scale model as presented to the committee into a full size architectural art glass installation.

Languages in the North West were vocal versions; like an oscilloscope, the upper horizontal blue border and a more digital approach below record thus. The Totem images holding up the design and separating the sections as silent words, carved but emanating. Alaska, being a former Russian holding, is being represented by the bold red centre image, not with the common heavy symbolism of it’s Communist regime, but rather with a crossing swoosh, a silent word of native acceptance. The yellow image speaking with three qualities of the same color hew, whispering of division and questioning Asian heritage.