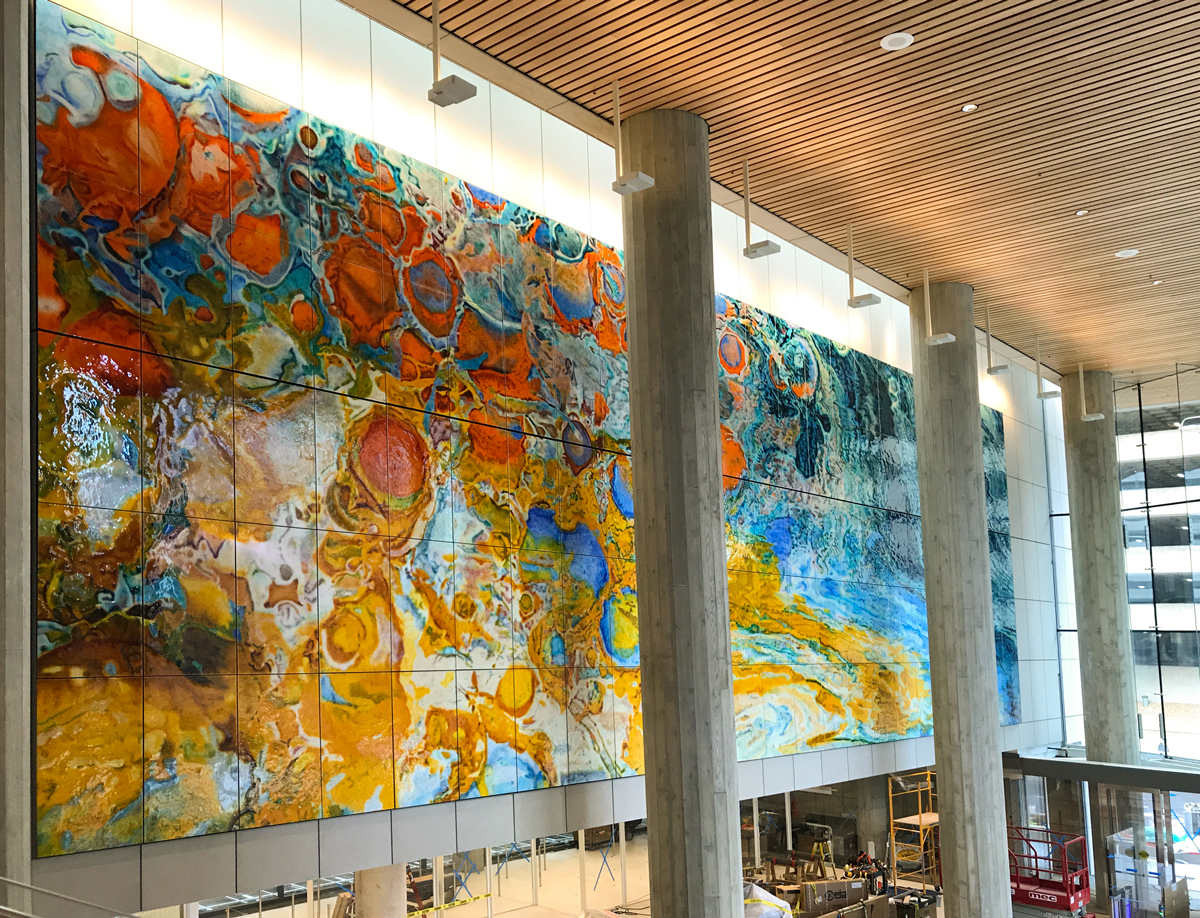 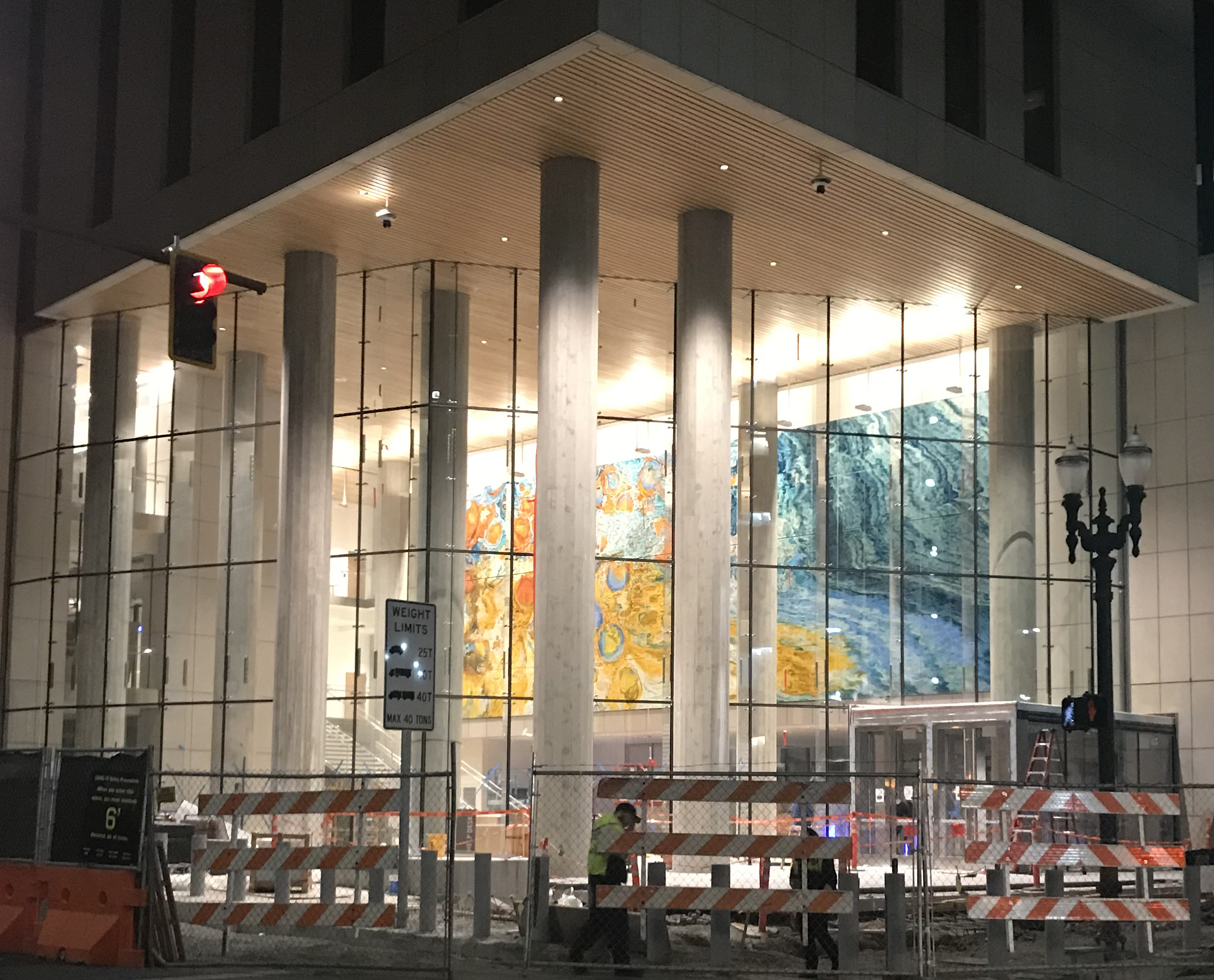 Every crime has a ripple effect on society. People who have been incarcerated say that it took them a long time, and sometimes several stints in prison, to realize the effect their behavior had on the people who cared about them and for them to care about something beyond themselves.

The composition reads from left to right. It starts out hot and in turmoil then becomes cooler and calmer. The crime and the criminal run hot. The job of the justice system is to treat that heat with cool rationality, to calm the waters.

On another level, the artwork is a landscape. Living in the Pacific Northwest means living with the constant awareness that you’re on top of a volcanic chain, contrasted by being surrounded by water. The Wilmette River runs next to the courthouse and, of course, Portland’s famously rainy climate.

Because of the sensitivity of the courthouse environment and the high visibility of this artwork, it was important that it convey the dignity of the court while not being intimidating. The artwork is dramatic but accessible to all viewers.

There was quite a bit of collaboration and input involved. One of the main collaborators was the architect, Steve Simpson of SRG Partnership. I also had the privilege of having access to the judges and court staff, including baliffs. Most significant to me in the development of the concept was talking to people who had been incarcerated and how it helped them. The major collaborator was the fabricator, Bullseye Studio. They translated my painting into glass without losing any of its original layering or energy.