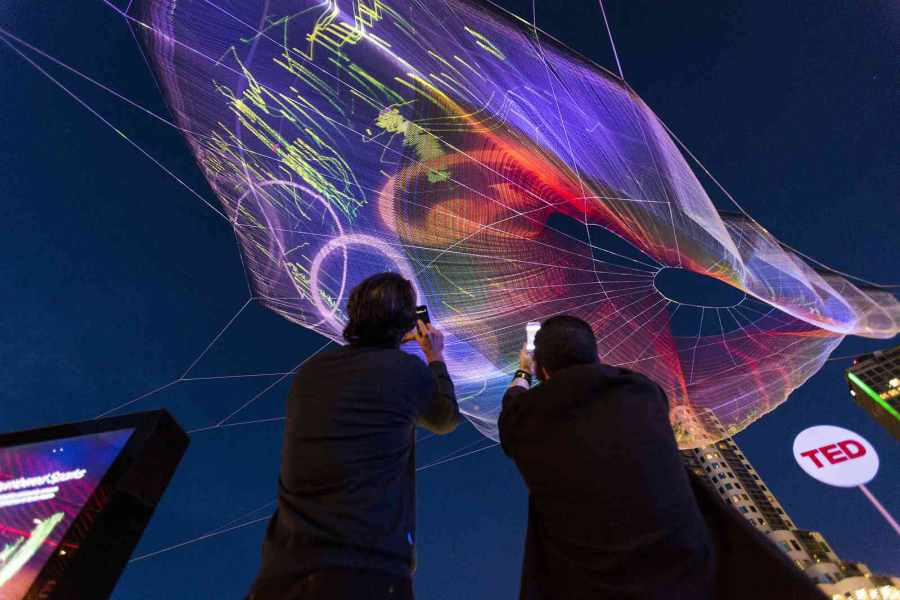 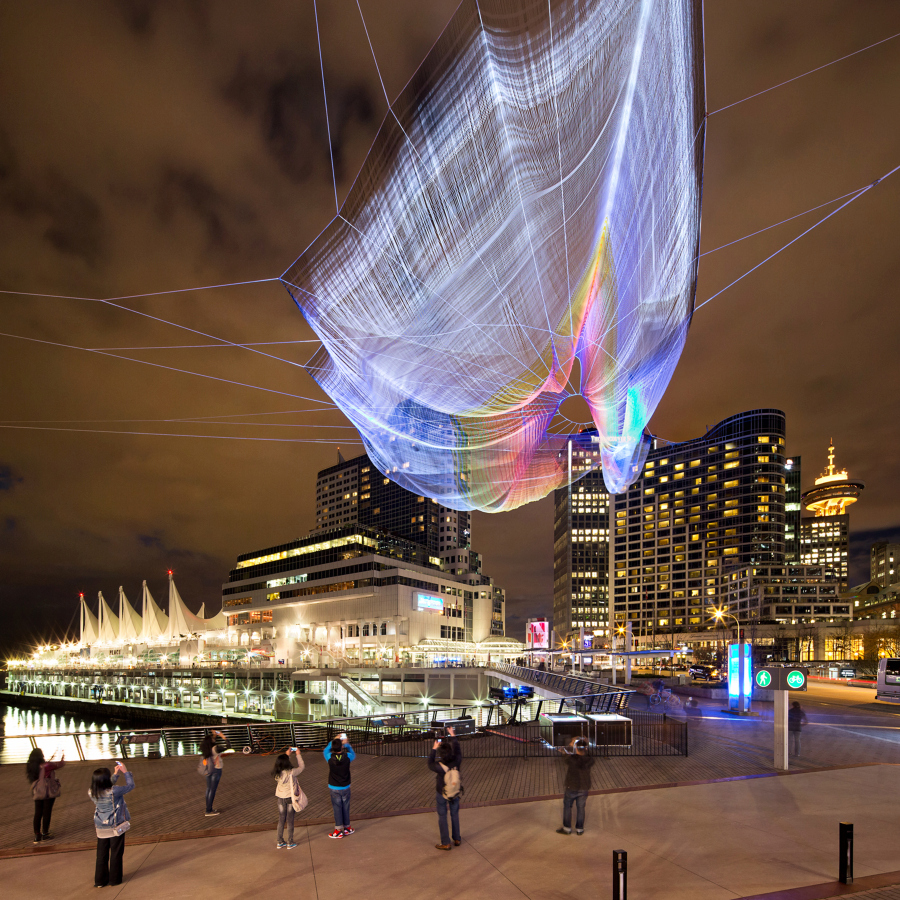 ‘Skies Painted with Unnumbered Sparks’ was Studio Echelman’s largest, most interactive sculpture installation to date, installed at the TED Conference’s 30th anniversary, March 2014. The monumental aerial sculpture spanned 745 feet between a skyscraper and the Vancouver Convention Center, challenging the artist to work on a scale over twice the size of her largest previous sculpture. This project embodies the infusion of art and technology, as both continuously evolve together. It is designed to travel to cities around the globe after the 2014 TED Conference exhibition.

‘Skies Painted with Unnumbered Sparks’ refers to a quotation from Shakespeare’s ‘Julius Caesar’. Through the interactive lighting component, each person can choreograph light onto the artwork and “it’s about each one of us being one of those stars – those sparks – and being able to paint the skies,” says Echelman. A complex matrix of 860,000 hand and machine-made knots and 145 miles of braided fiber weighing nearly 3,500 pounds span 745 feet to make up the artwork. Made entirely of soft fibers, the sculpture attaches directly into existing city architecture. To support the artwork across such a large span, Echelman utilized Honeywell Spectra fiber, a lightweight, durable material 15 times stronger than steel by weight.

The installation was a highly collaborative project. Janet Echelman worked with computer designers, engineers, architects, fabricators, lighting designers, and city planners. The sculpture was presented with an original, interactive work created in collaboration with artist Aaron Koblin, Creative Director of the Data Arts Team in Google’s Creative Lab. At night the sculpture came to life as visitors were able to choreograph the lighting in real time using physical gestures on their mobile devices. Vivid beams of light were projected across a massive scale as the result of small movements on spectators’ phones. In order to achieve such scale and complexity, Echelman turned to Autodesk, a leader in 3D design software that seeks out interesting design problems. Autodesk collaborated with Studio Echelman to create custom 3D software to model the sculpture and test its feasibility. “The software has allowed me to explore density, shape, and scale in much greater detail,” says Echelman. “We can manipulate our designs and see the results immediately. We’re able to push the boundaries of our designs further.”