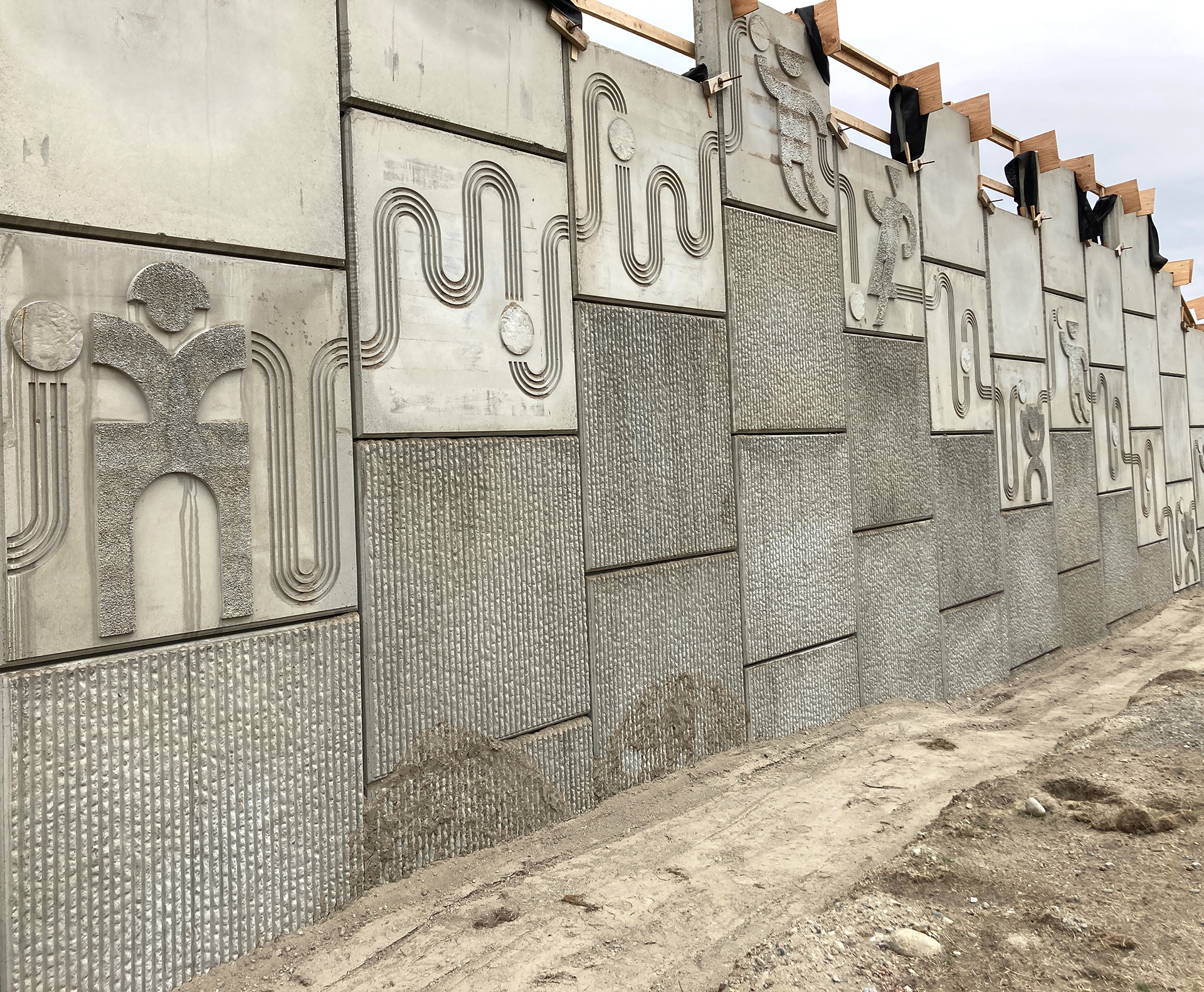 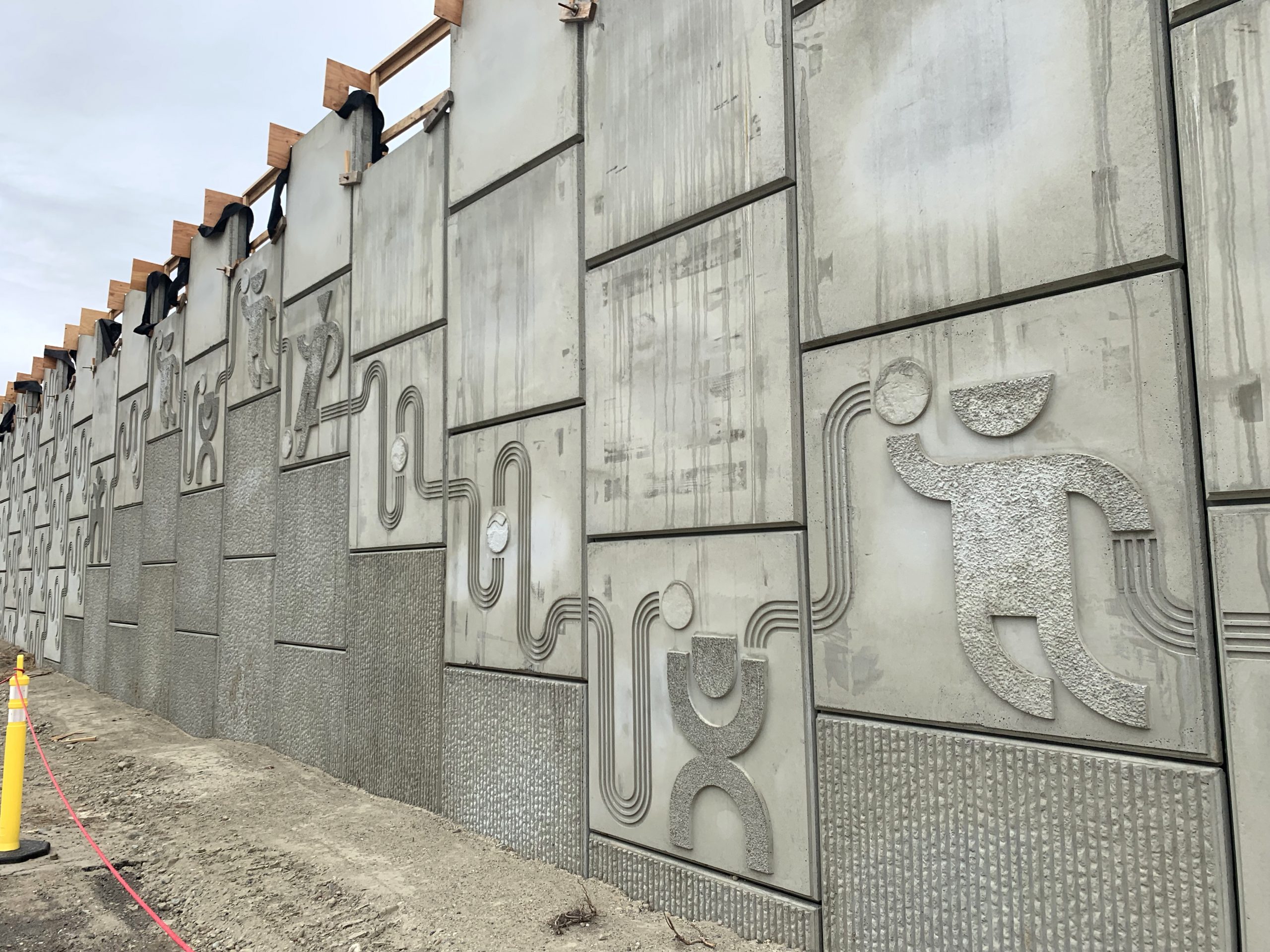 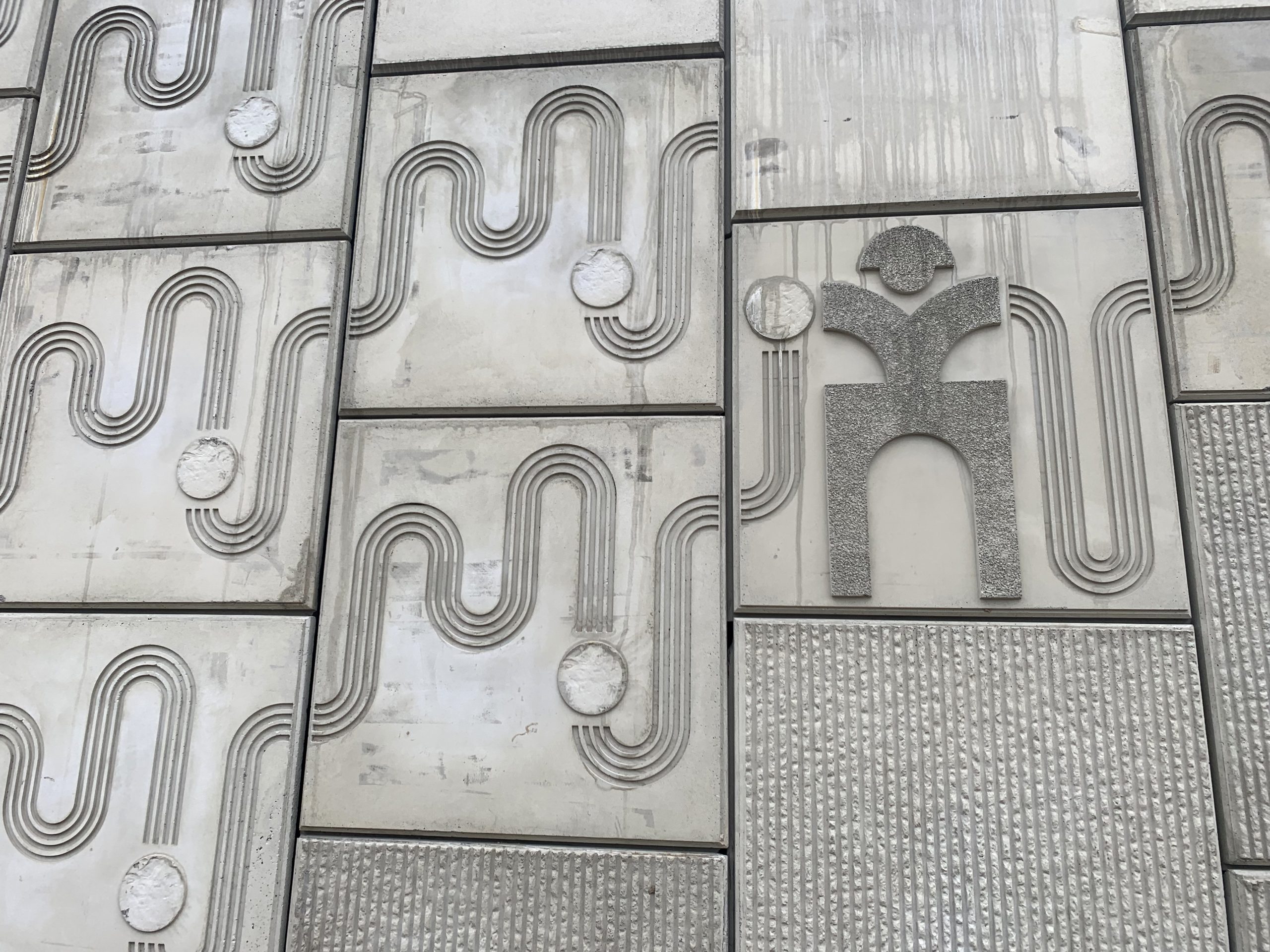 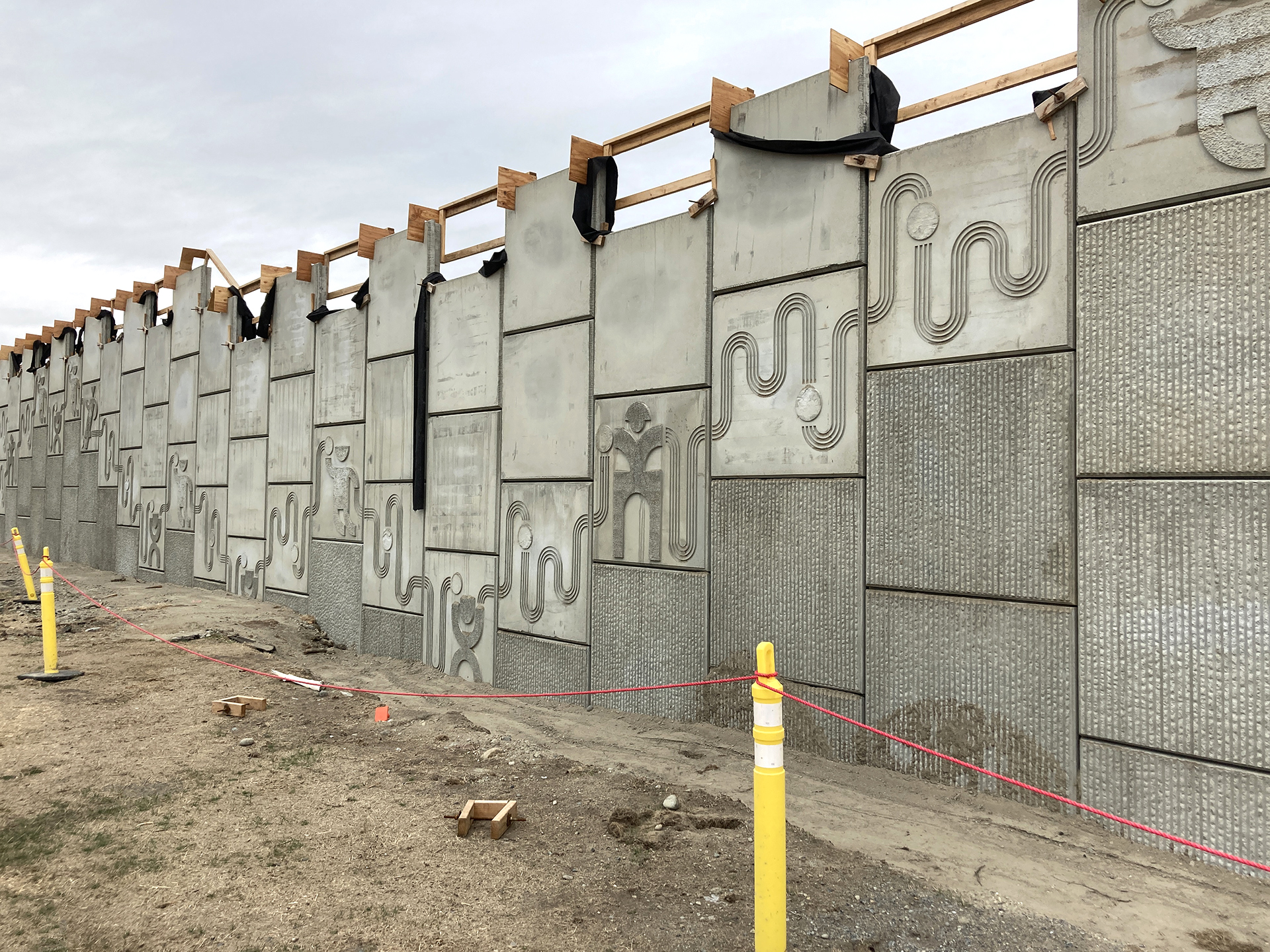 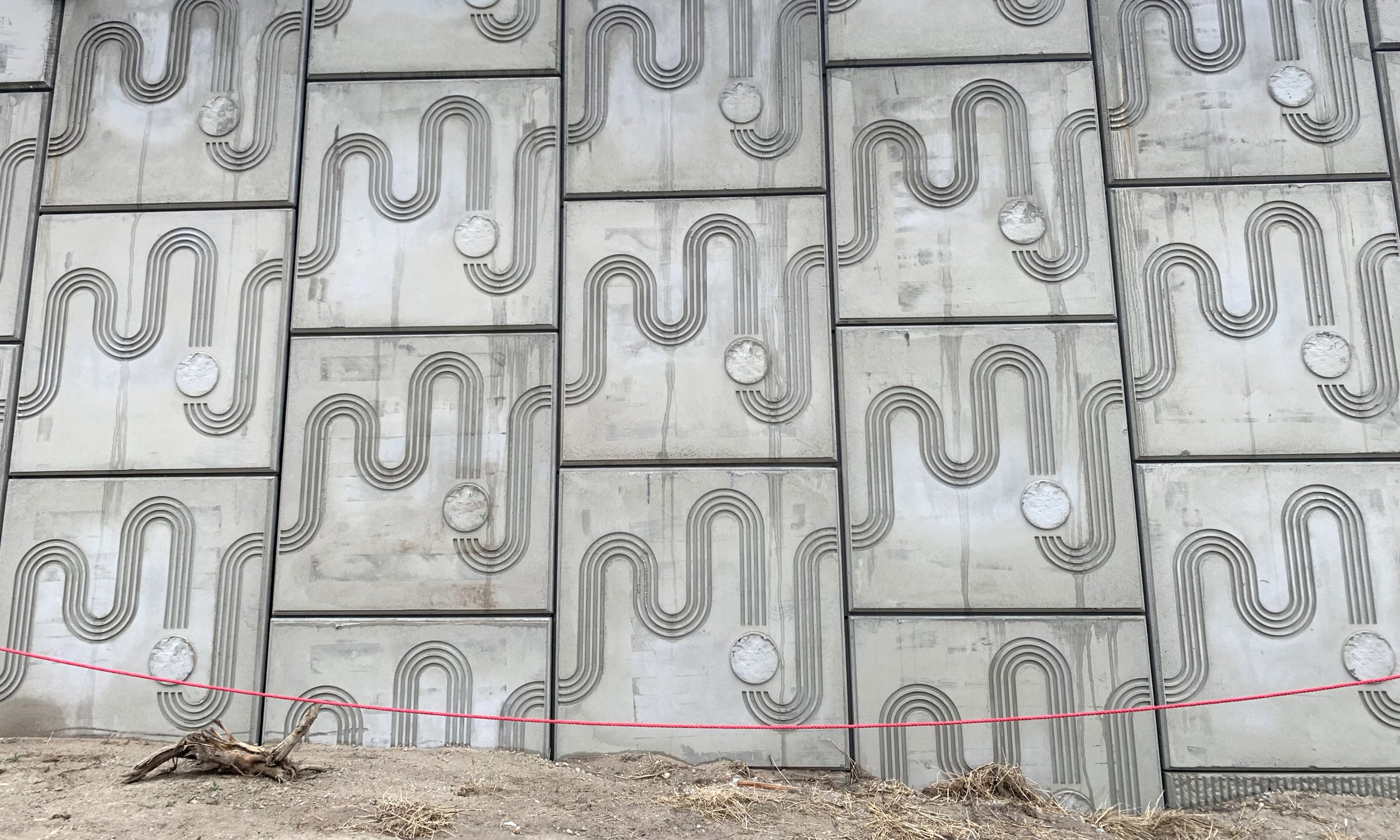 Sports unite people from all backgrounds, allowing them to connect beyond language barriers. This cement mural is 35’x600’ and spans the length of the Mark Twain Elementary School in Federal Way, WA. On the playground, students see figures joined by the motion of a ball in action and from a distance, the scene makes a mountain landscape.

Mark Twain Elementary needed a solution to reduce the negative visual impact of an elevated light rail line being built next to their playground. They wanted to incorporate the concepts of sports and nature. The Federal Way school system is one of the most diverse in Washington State and new immigrants make up much of the student population who speak 31 different languages. It was crucial that the design was welcoming to all.
It was important to speak to the history of sports in the city of Federal Way, WA, which has hosted the Goodwill Games in 1990 as well as Olympic Swim trials in 2012. It is also the birthplace of many professional athletes. These themes had to be encapsulated in a design that had 6 tiles and would appeal to students and staff alike.

We began this process by listening to the needs of the school and Sound Transit, who built the elevated light rail track. They created a surgery to get feedback from the students and families, which led to the themes we focused on. From there, we developed four concepts that spoke to the needs of the school. We expanded on two ideas and the school voted on the ultimate design.
The project budget allowed for 6 form liners (the cement casting molds) to be built. The design uses repeated elements to maximize the use of the form liners. We composed the mural of 4 figures made from geometric shapes. We avoided representational drawing so that more students could see themselves in the characters. Each figure has a different texture to create different skin tones.
We added 2 additional “ball bounce” form liners that move like sound waves communicating through the act of play. This allowed us to move the flow of play up or down the composition. They also became abstract patterns that helped articulate the mountain landscape visible from afar.