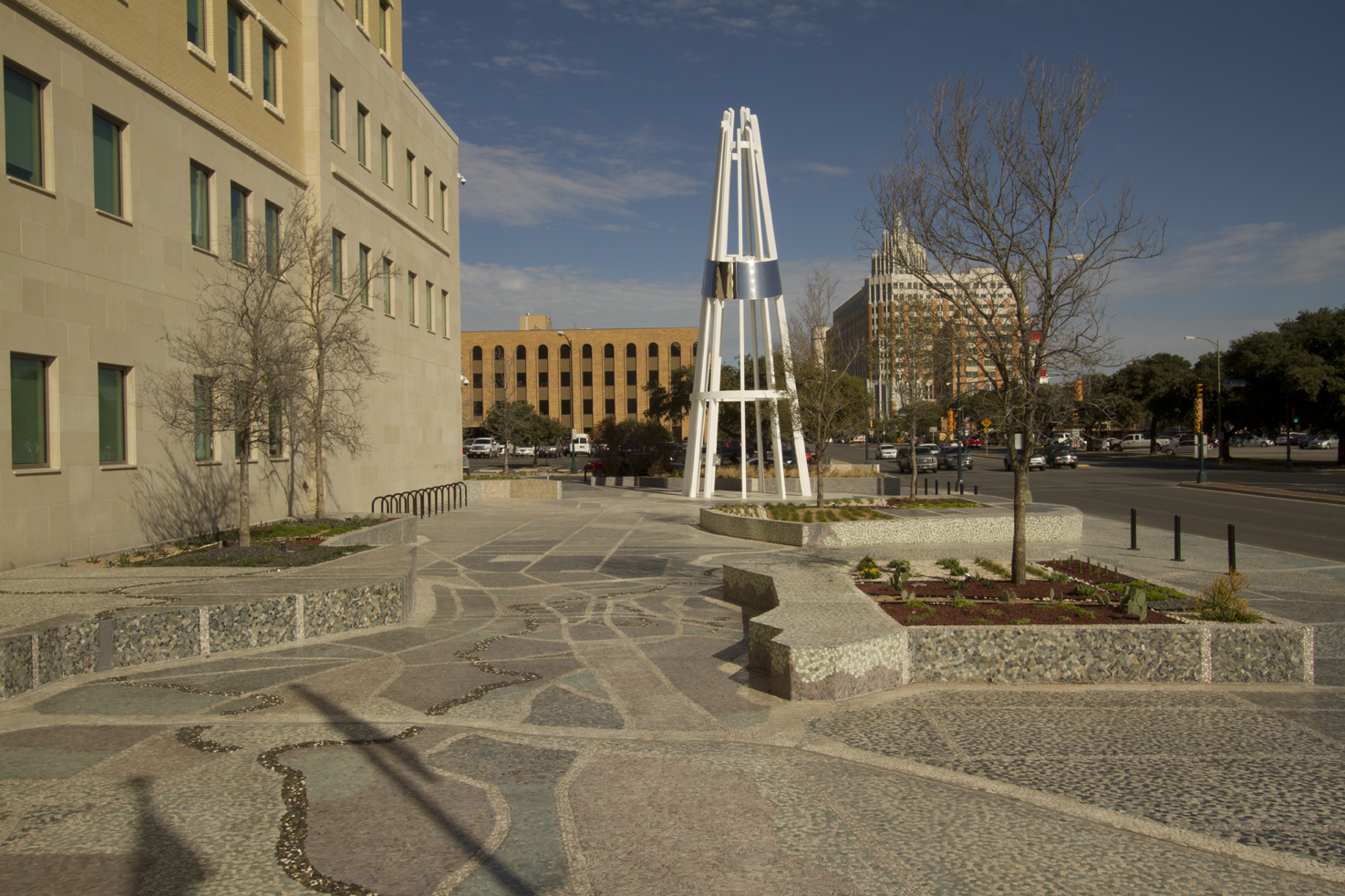 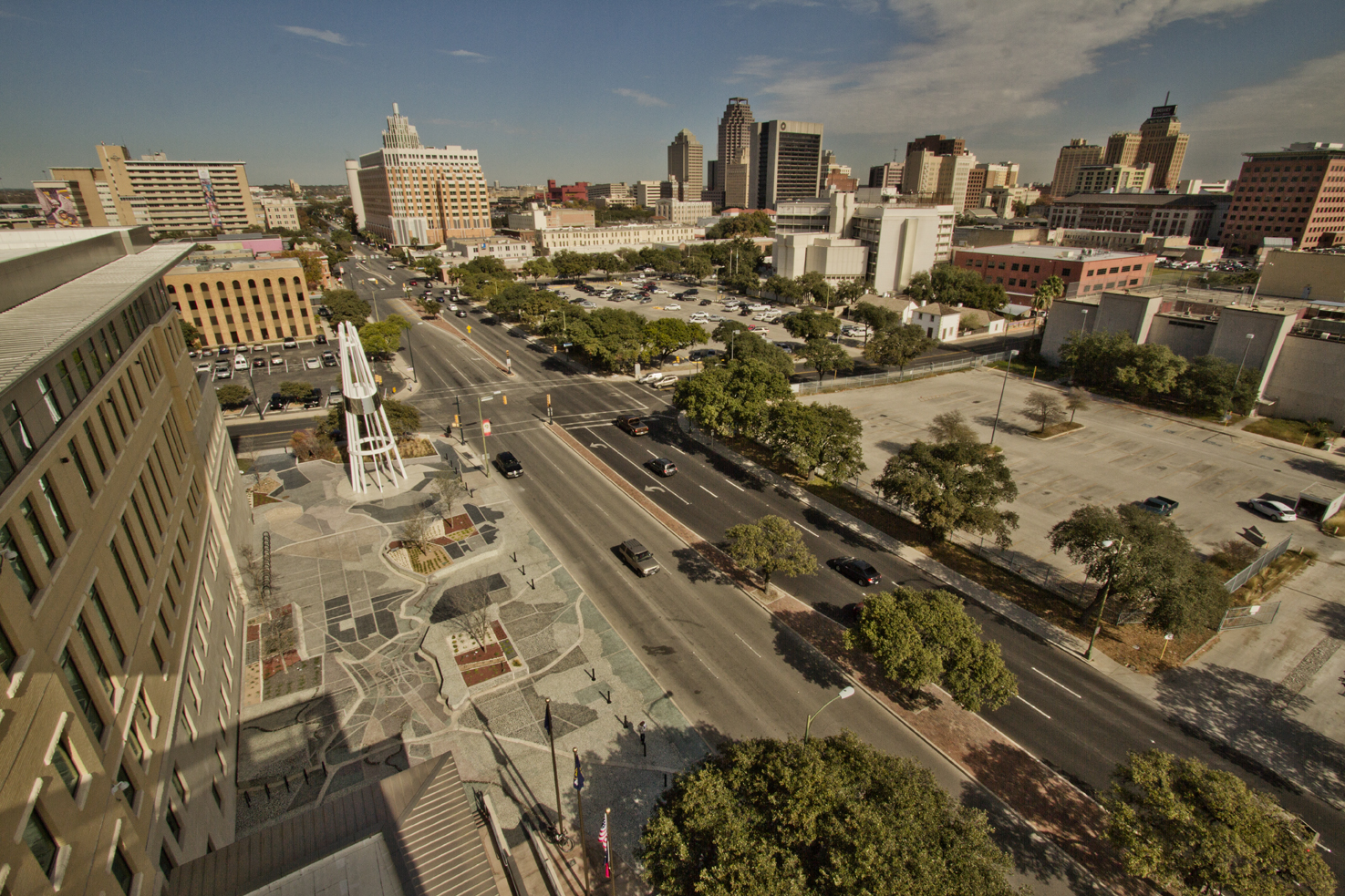 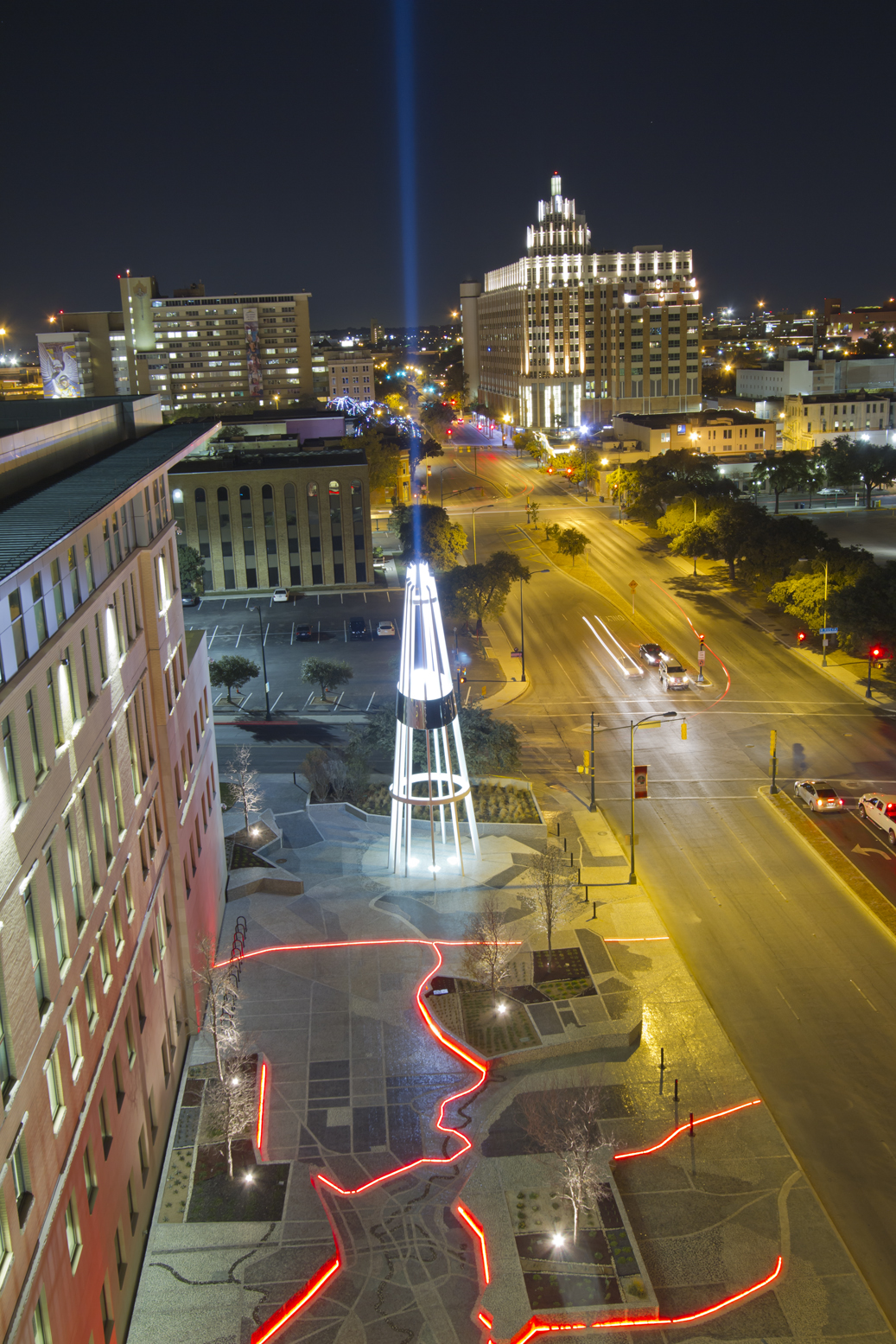 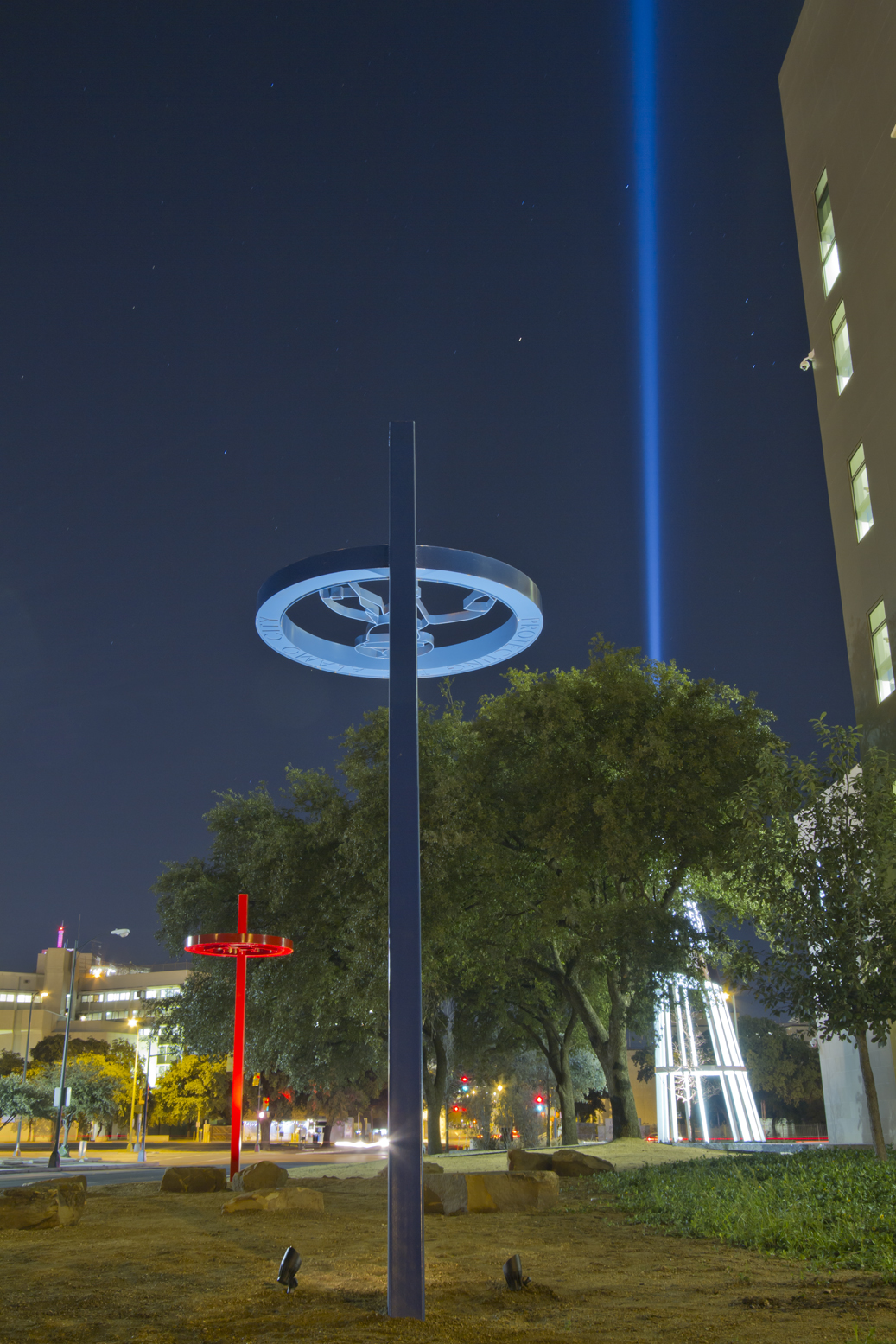 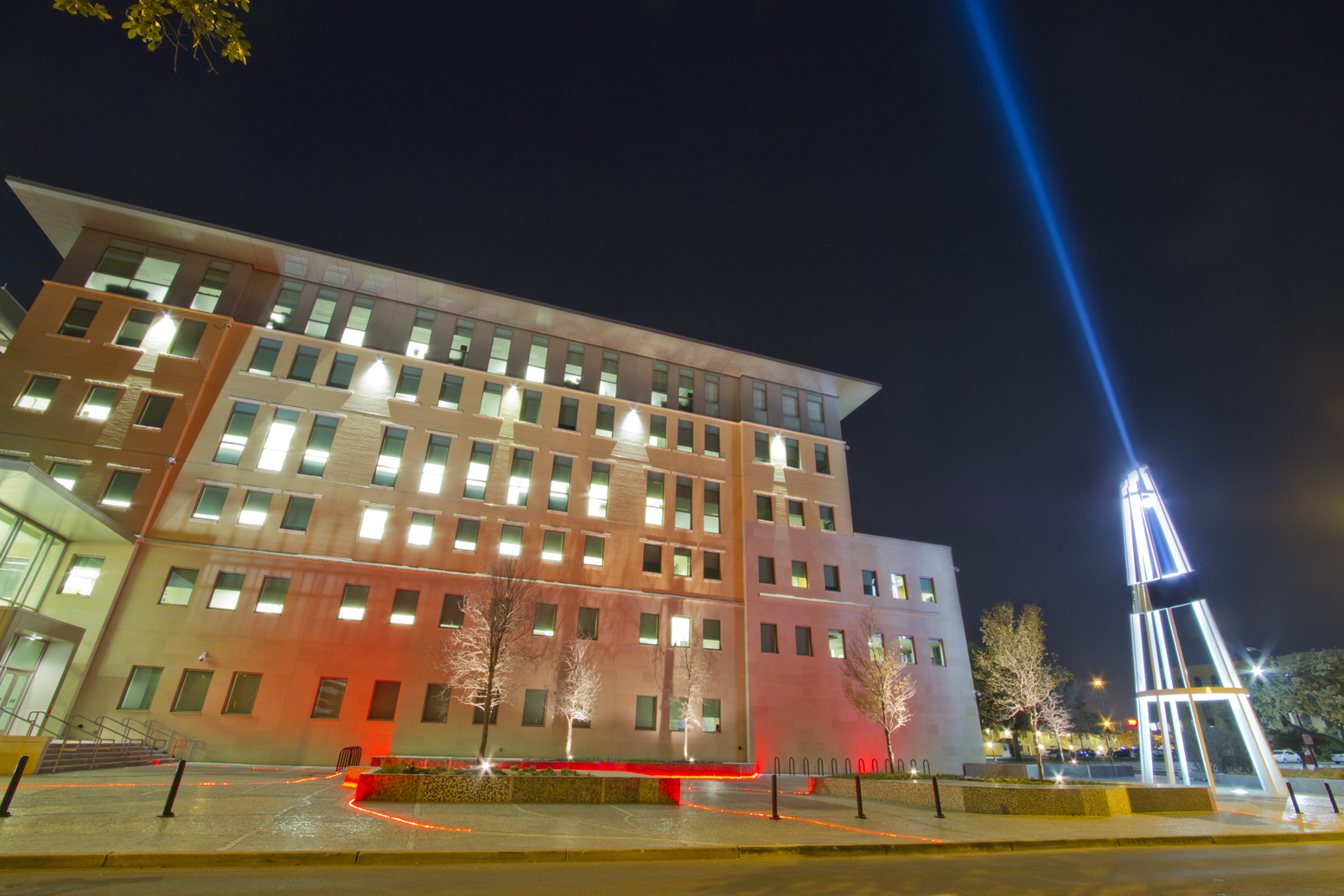 The public artwork at Unity Plaza honors the service men and women who “protect the grid” of the City of San Antonio. The plaza contains an 18,000 square foot mosaic map of San Antonio that delineates the San Antonio River, and major roadways and interstates. Lit at night by built in lighting strips, the illuminated roads unite at the plazas beacon tower which extends almost 60 ft. high, and emits a beam of light extending two miles into the sky.
Capping the northern edge of the plaza are two 16 ft steel silhouette sculptures of an officer and firefighter.

Unity Plaza is the result of complete integration of public art into the exterior surrounding of the Public Safety Headquarters. Beginning with the mosaic map or grid of San Antonio that encompasses the entire plaza, the project expands to include strategic landscaping, native plants, and large scale sculptures that both enhance and distinguish the building. The LED lights that illuminate the plaza create a sense of space and a mark a unique place for the public to contemplate and enjoy both during the day and night.

The artist worked with city staff, Police and Fire Chiefs, project landscape architects and engineers, as well as private donor groups in creating the public artwork at Unity Plaza. Each group contributed a unique perspective on how the project should be represented, with the final product resulting in a unified and exceptional vision of the artists.