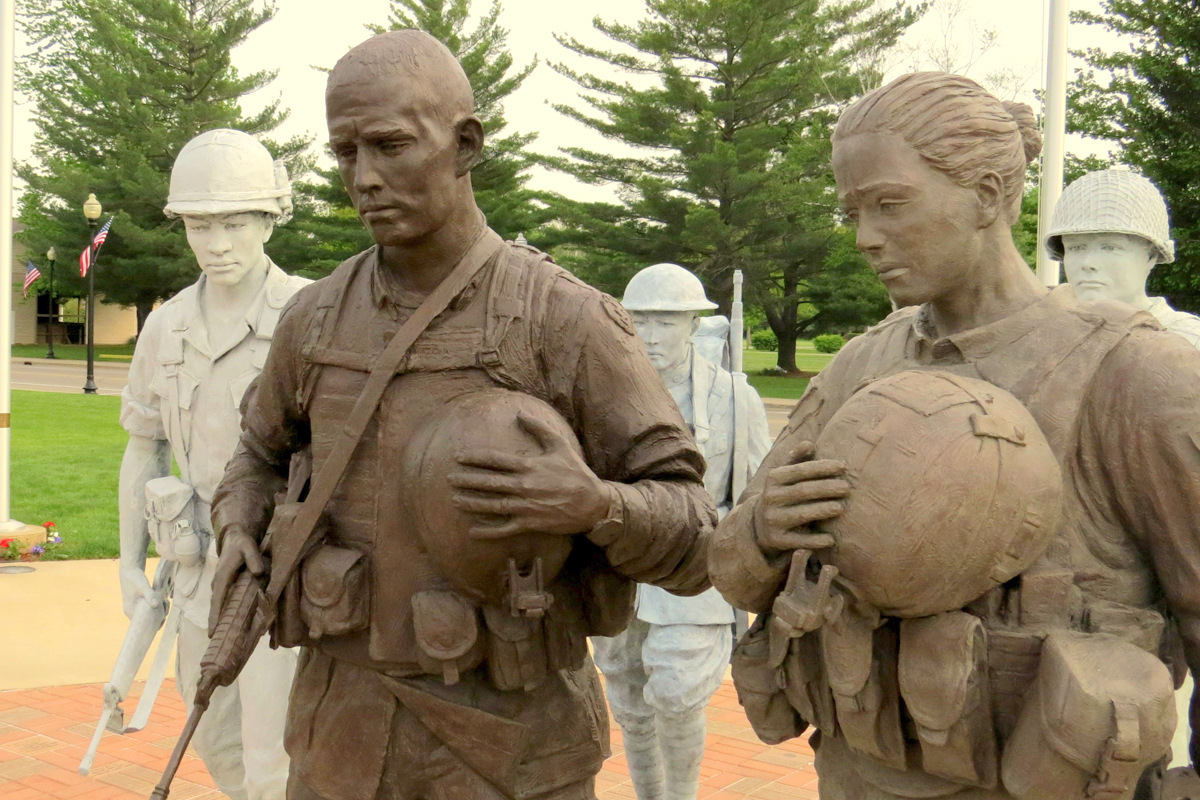 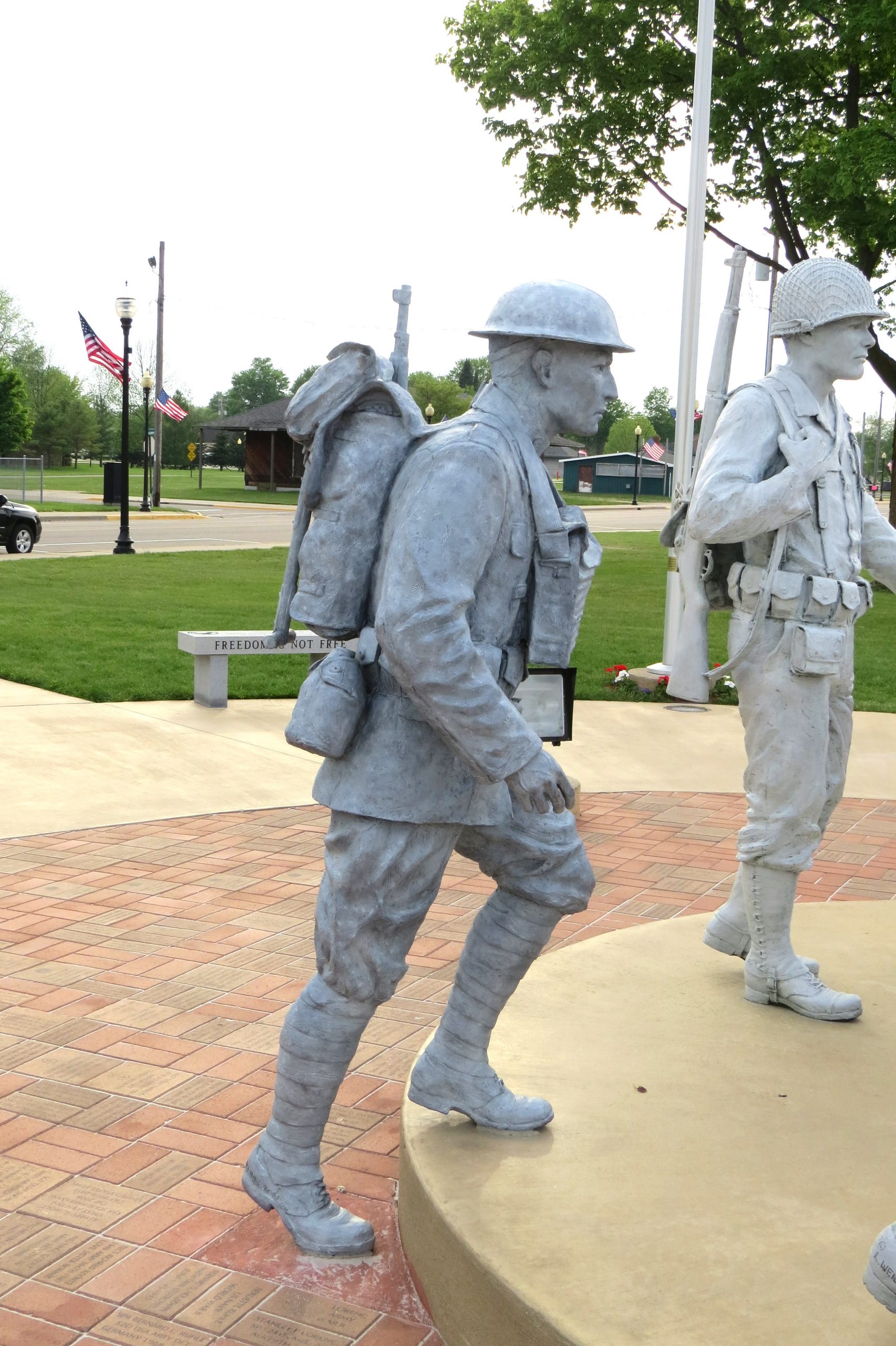 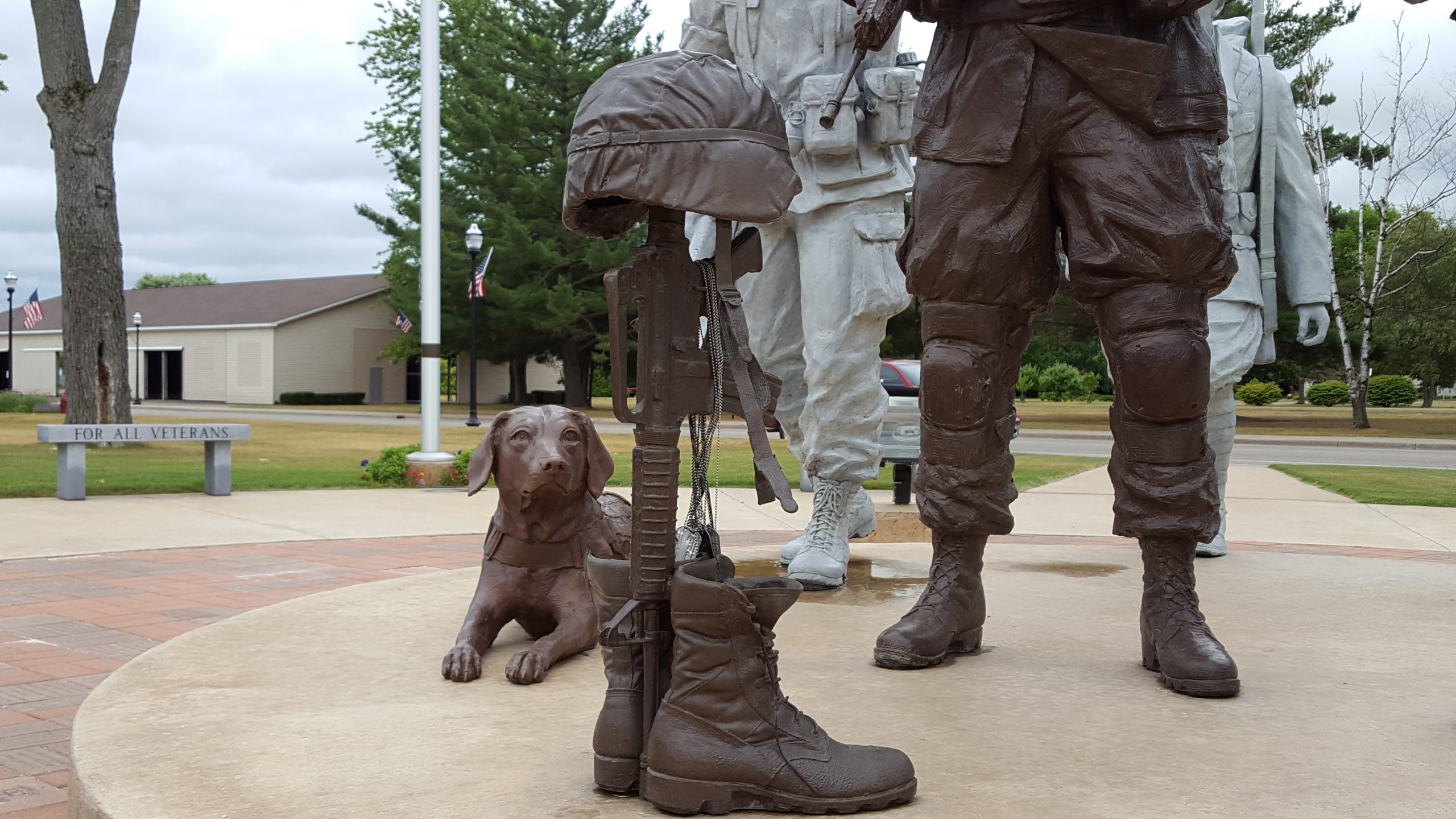 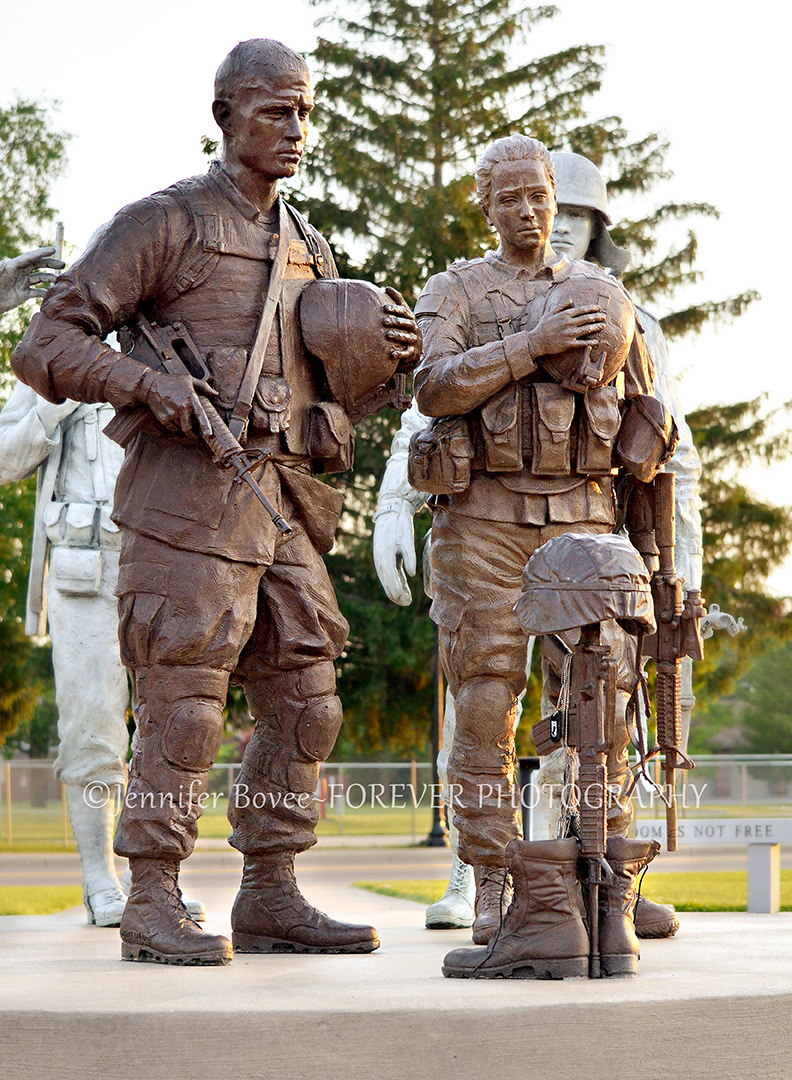 Soldiers past and present mourn a comrade. The individual soldiers represent the individual conflicts in which they served. The artist tried to capture the diversity of these service members. They are represented in the figures a woman and men, of distinct and diverse ethnicities and backgrounds. Specific uniforms were incorporated within the design to represent WWI, WWII, Korea, Vietnam and present day Middle Eastern conflicts.
Represented by the service dog are the many canine service team members that are such an integral part of modern warfare.
The monument contains a soldier’s cross representing the ultimate and greatest sacrifice made on behalf of the individual for the cause of freedom, safety, and security in an unsure and unsafe world. This is the focal point of the monument meant to recognize and remember all those who did not return from these conflicts. All other service members are somberly and solely focused upon and paying honor and tribute to their fallen comrade.
The individual pieces are finished in either a dark patina representing those who are still living or the present. The remainder of the sculptures are finished in a white patina representing those who have departed from us and are no longer physically present but are “United by Sacrifice”.

This monument was meant to create a "place" for the soldiers, families and friends to honor those that were lost in military conflict.

This monument was created through many meetings between myself and 3 members of the 25th Infantry Division Association. The Veterans wanted to acknowledge their own place in history, to honor their own battalion members from the vietnam war and to "not forget" those currently engaged in battle. They wanted a memorial to honor those coming home from deployment as well as the families that support them.

This project has 3 versions so far. There is the "original set" of 5 soldiers and the soldiers cross at Schofield Army base (the headquarters of the 25th Infantry Division) and at the US Infantry Museum in Columbus, GA at Fort Benning. A version with the added canine (MWD) and an Native American soldier of WWI exists in Coleman, MI and was brought about by the small community of Coleman with a big heart, through lots of spaghetti dinners, concerts and fish fry's.