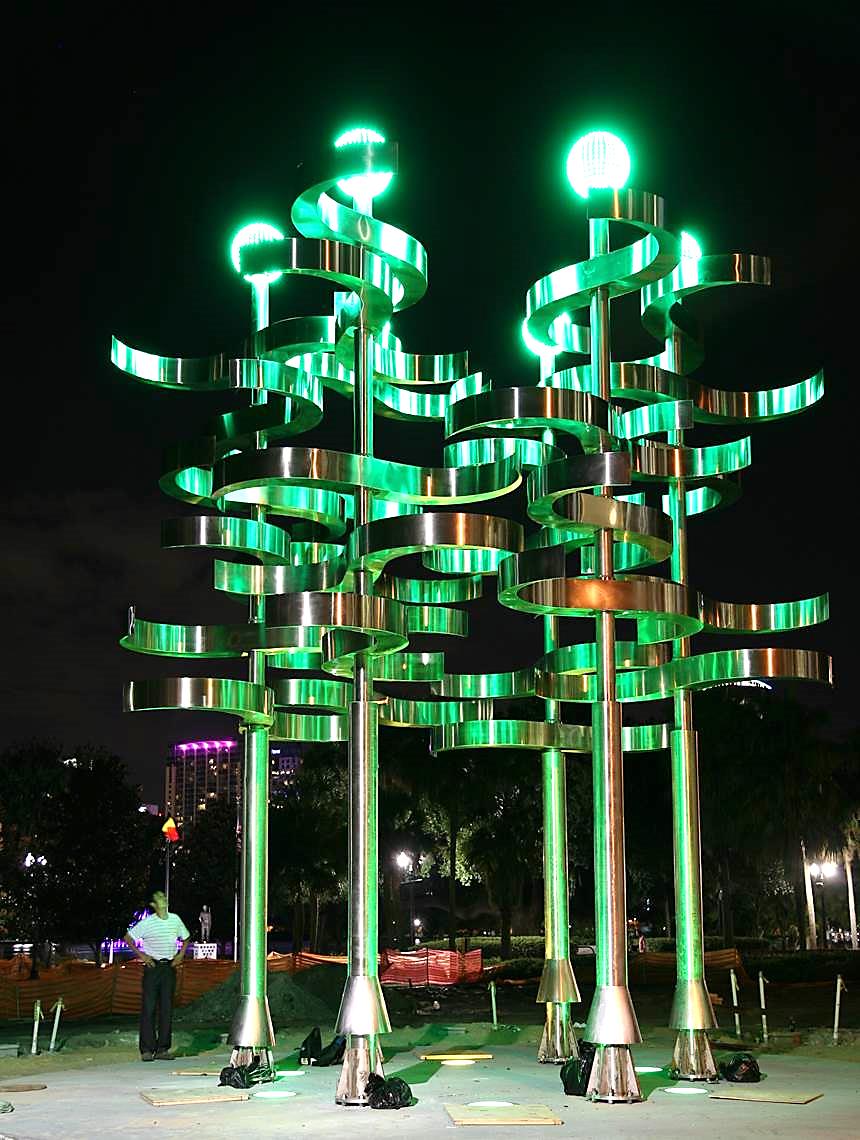 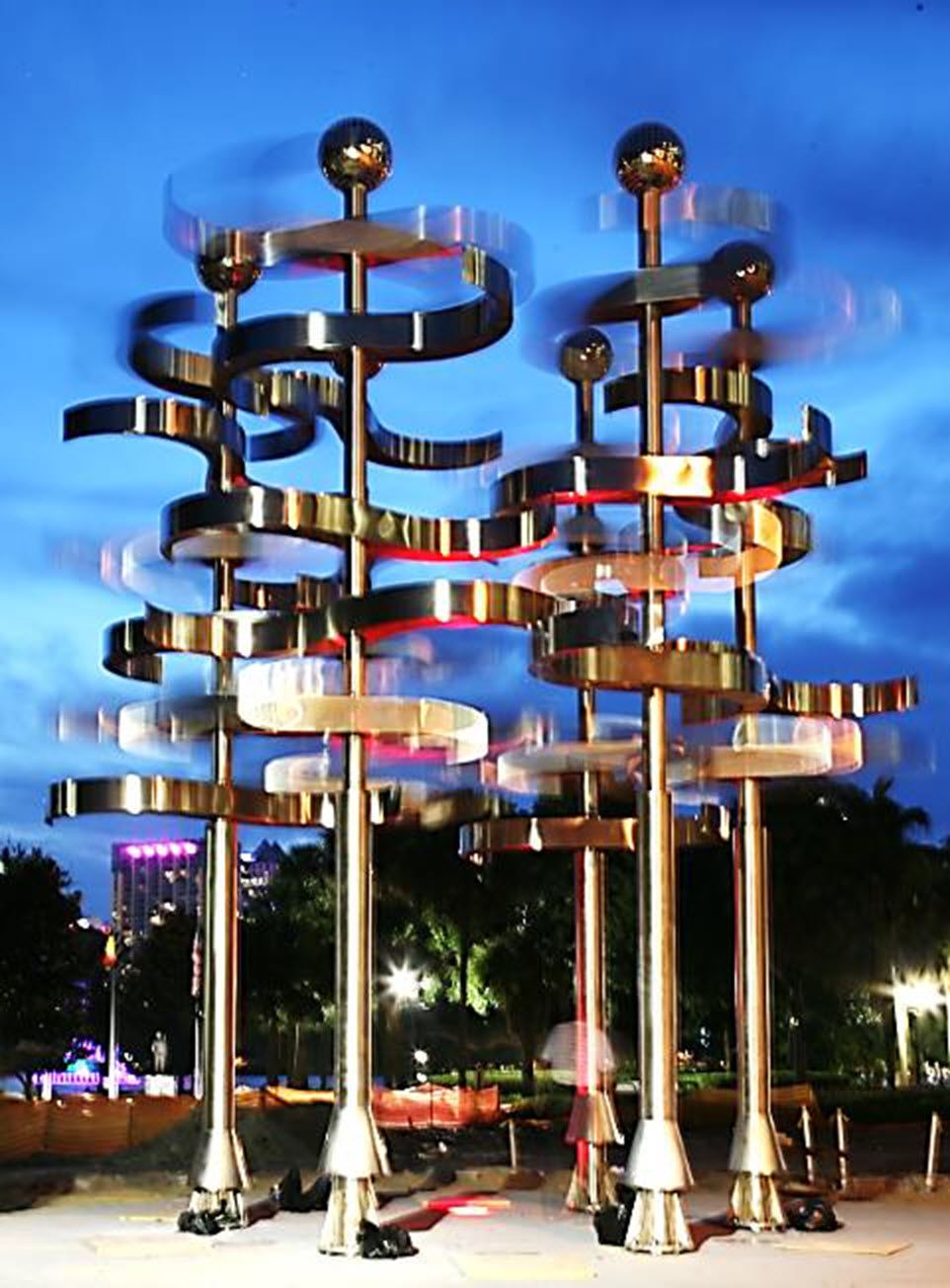 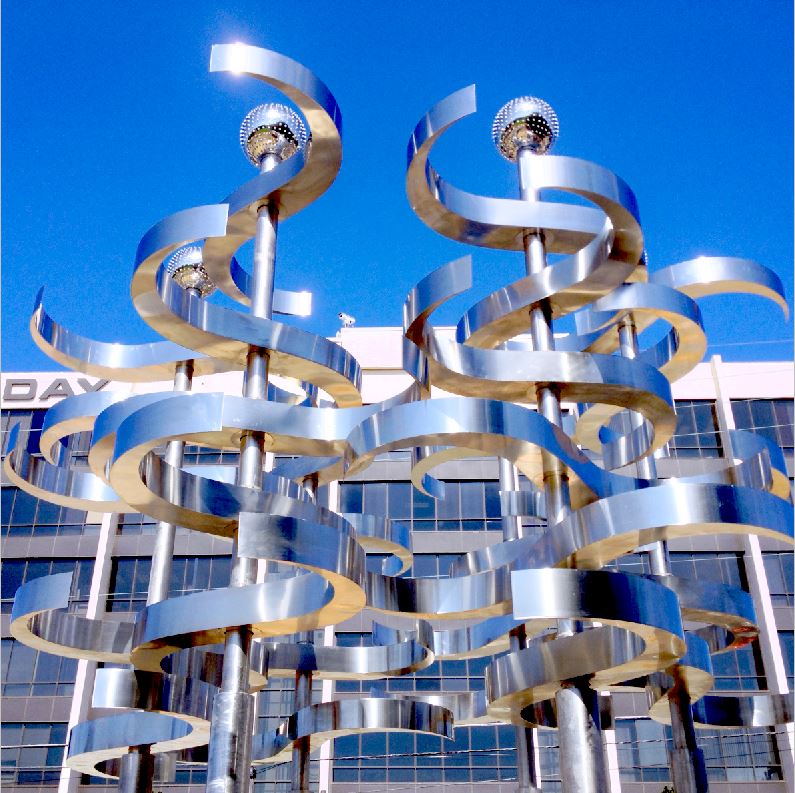 The SAO, See Art Orlando organization launched an international sculpture competition for 7 prime sites in the Central Lake Eola Park, Orlando, Florida, USA. The objective was to enhance the park with 7 new monumental public sculptures. The budget was well in excess of 1.5 mio. USD and was contributed by 7 major private sponsors. Harvey and Carol Massey were so generous to contribute the entire amount for this new UNION #2 sculpture commission.

As one of the selected artists to be commissioned, we worked with the SAO team all relevant departments of the City and the Mayor of Orlando and his staff to create an iconic and most memorable group of constantly changing, wind-driven kinetic and light sculptures. All in all 8 City Departments and over 50 people were involved in the realization of this project.