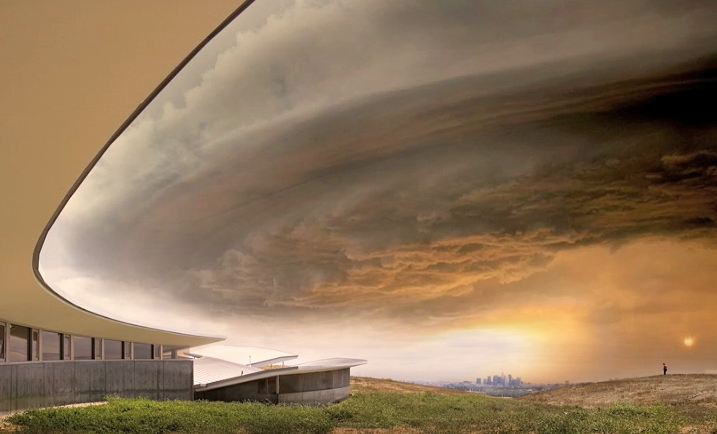 The Novotel Hotel had created large translucent columns in the lobby of the hotel and Victor Raphael and myself were asked to submit a proposal for video elements that would run as a projection from inside the columns continuously, spreading the video straight up the surface areas of the columns.

The integration was everything with our concept. The imagery that makes up the video is very complex and mysterious and somewhat political or playful at times and requires the viewer to suspend disbelief and delve into the world of the unknown and since the final placement of the video playback was showing the video in an unexpected location, we needed to make sure that the viewer was drawn into our world and not confused by it. Our thinking with the design application was more in the realm of theater or performance than any abstract, atmospheric expression or light show type of experience, akin to background music or decoration.

unexplained phenomena project is a collaboration between artists Victor Raphael and David Jordan Williams. All of the images in the project were taken by Raphael or Williams during their travels, both David and Victor have home bases in the Los Angeles area and this video's content is based upon locations in and around Los Angeles. Imagery from this project was manipulated digitally with equal participation from both artists working very closely from concept to completion of the large visuals. unexplained phenomena los angeles hopes to elicit in the viewer the idea that we should not rule out the unexplained or the exceptional when considering what is real and what we know.

We worked directly with Sarah Hall, Director of Consulting for Soho Myriad