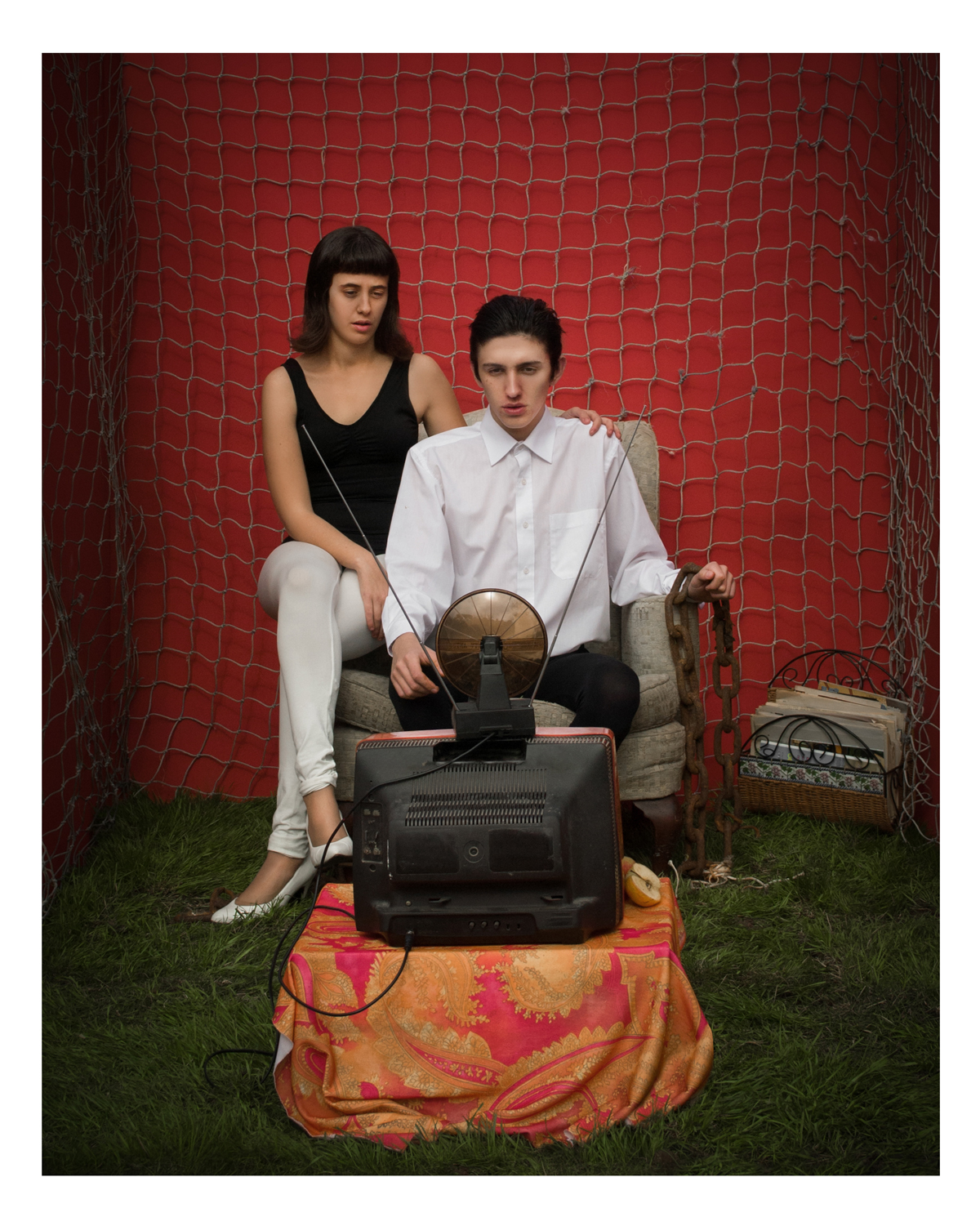 Our artwork is based on individuals' passive acquiescence to having to keep up with the treadmill. This involves not only to surrender oneself but also to our prejudgements and to the way we embrace life.
Both sides of a same individual that desires to escape from a reality that's unwillingly accepted. The notion of the apple as a symbol of sin reflects our worldy desires and its consequences.

Integration was fundamental in the overall design since the concept that it was pursued from the beggining was constructed by everyone, each artist added what he or she believed it was important for the final frame.

No boundaries to create was the first rule of all. Working on some particular words such as "surrender", "knot" , "individual" , "couple" and - also for example- "connection", artists interchanged their ideas for the set, photography and costumes. Set design was thought as rooms in the middle of nowhere, that's where grass comes to play a great role and red wooden walls wrapped in ropes translates us into being placed into ourselves without having any possibility to escape us or wherever we are. On the other hand, costumes were created with the idea of yin-yang, since the couple represented into the pictures are part of a same individual or two contrary forces constantly playing to survive the treadmill, as much people do nowadays.