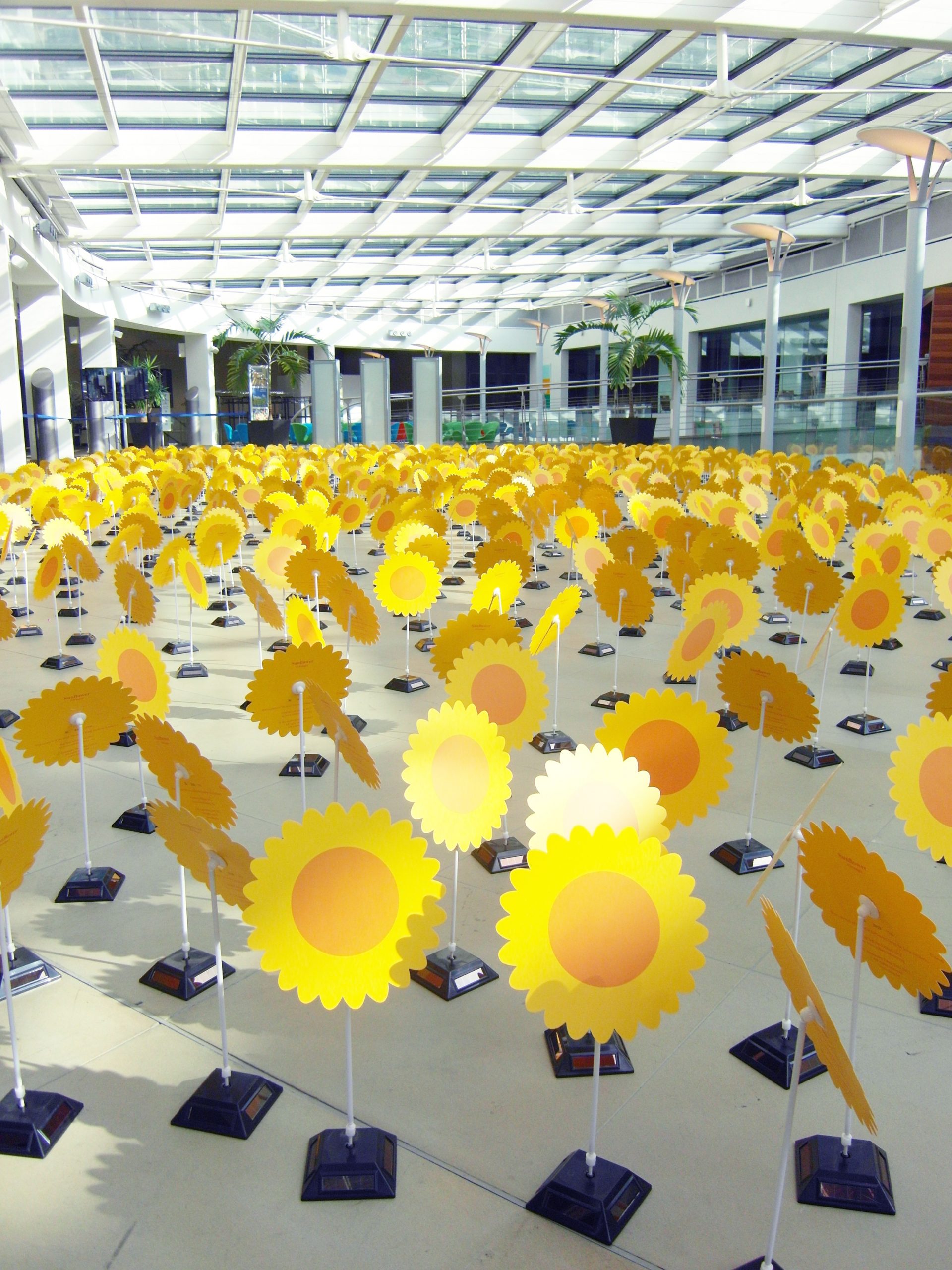 Alexandre Dang comes originally from a scientific background (Engineer of the École Polytechnique (Paris) and of the École Nationale des Ponts et Chaussées (Paris)). Convinced of the need to raise awareness of the potential of environmental friendly technologies (eco-technologies) and sustainable development, he developed his artistic creation often incorporating solar energy as source into his kinetic art works. Through his work, he contributes educating the general public on contemporary themes which represent a major challenge for the future.

Though the sun provides 10,000 times more energy to the earth than humans need, more than 1.3 billion people still do not have access to electricity. The pressing need to address this issue is the driving force of Alexandre Dang’s artistic commitment, where he combines scientific approach, environmental concern and humanism.

Alexandre Dang has developed a pedagogic aspect to his sustainable art, using it to educate young people about the potential of eco-friendly technologies with a focus on renewable energy. He has founded Solar Solidarity International (a non-profit international association) to raise awareness on the potential of renewable sources of energy and to support solar electrification of schools in developing countries.