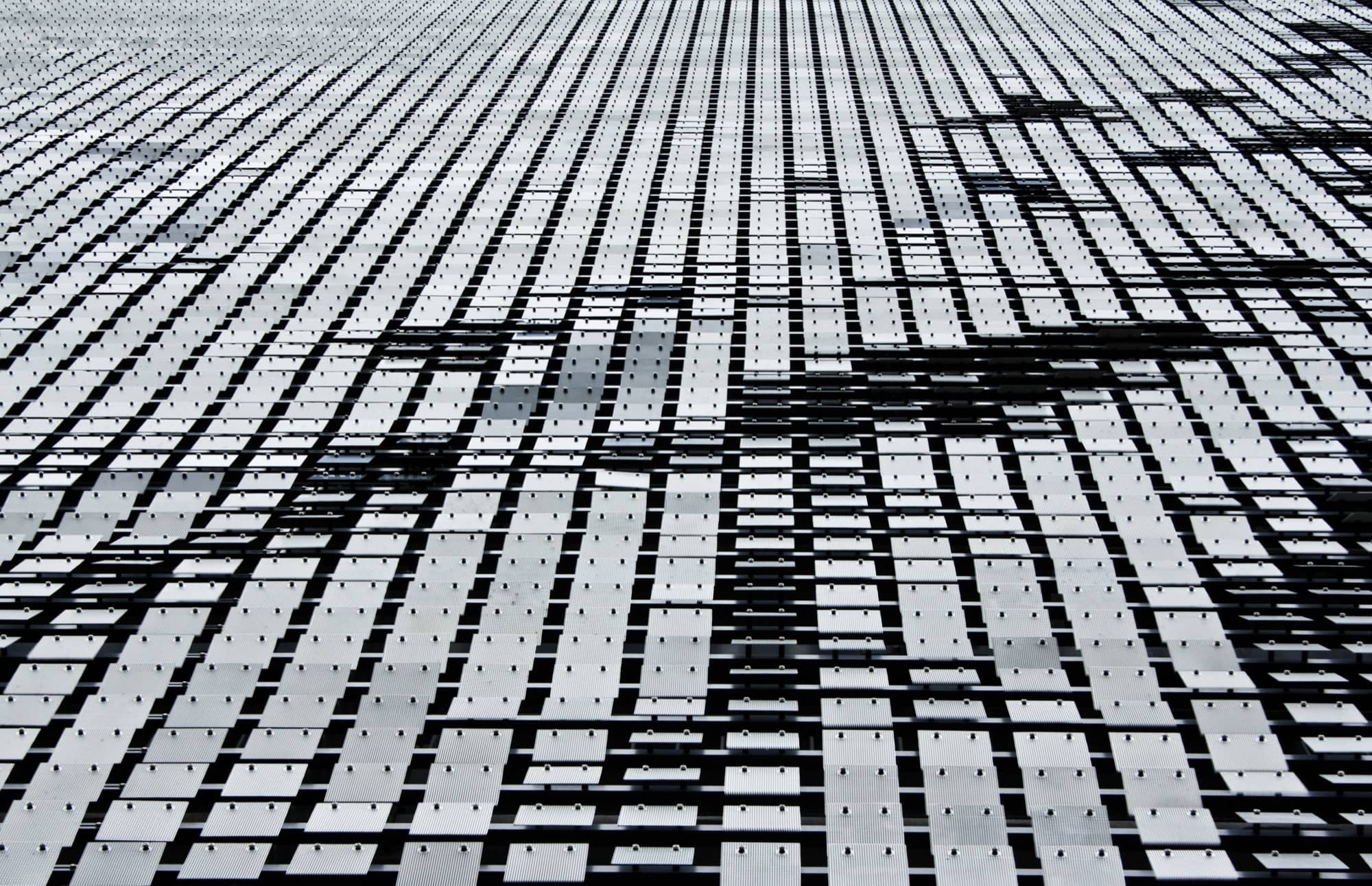 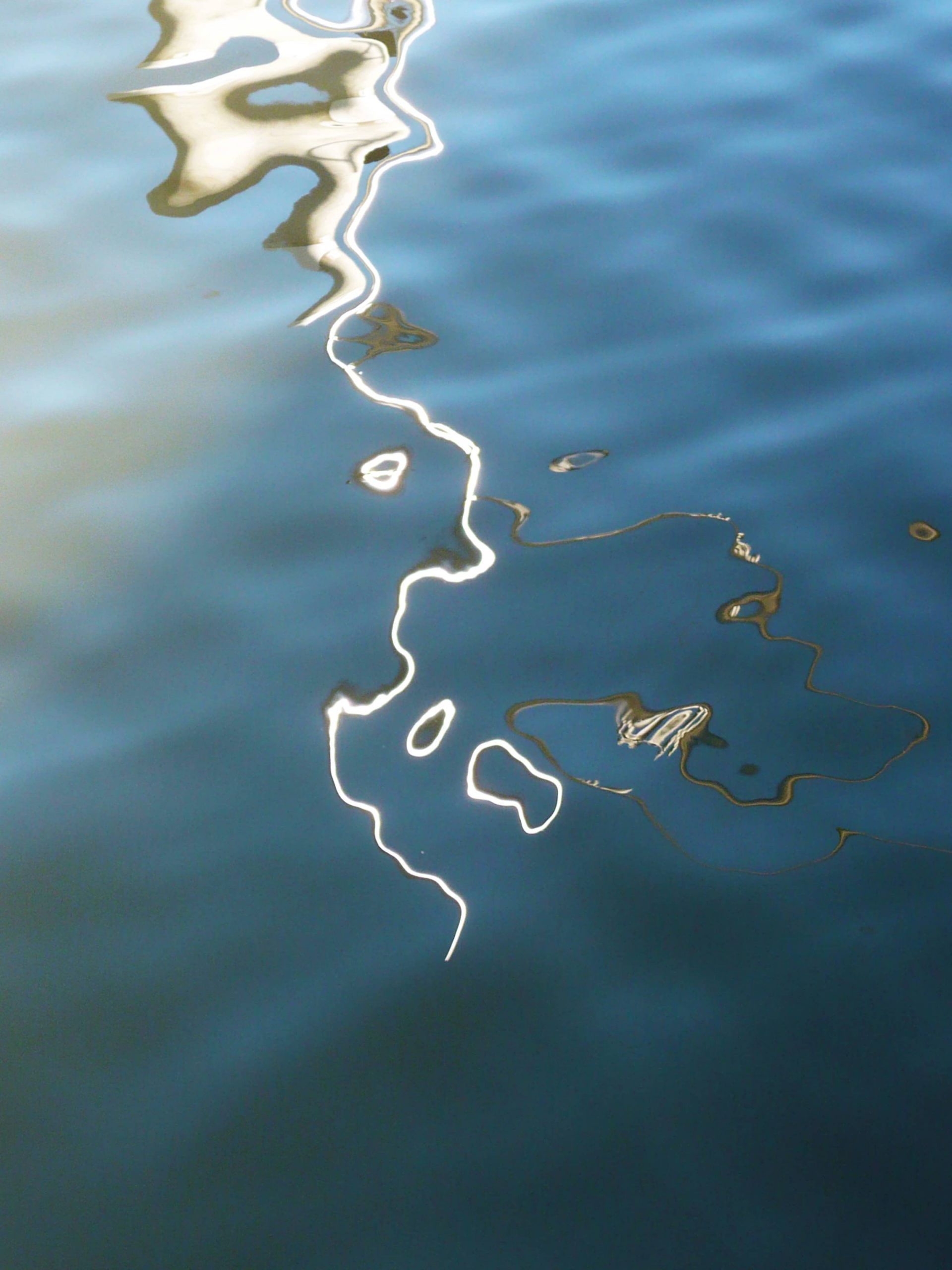 Viewed externally, the car park’s eastern side appears to ripple fluidly as the wind activates approximately 117 000 suspended aluminium panels. In response to the ever-changing wind patterns, the façade creates a direct interface between the built and natural environments. It is further embellished with one rippling line inspired by a reflection in the water’s surface created by the wake of a Brisbane City cat.
Inside the car park, patterns of light and shadow project onto the walls and floor as sunlight passes through the façade. The design also provides practical environmental benefits such as shade and natural ventilation. This large-scale work creates a mesmerising impression for passengers emerging from the terminal, arriving by car, or on the elevated Airtrain platform.