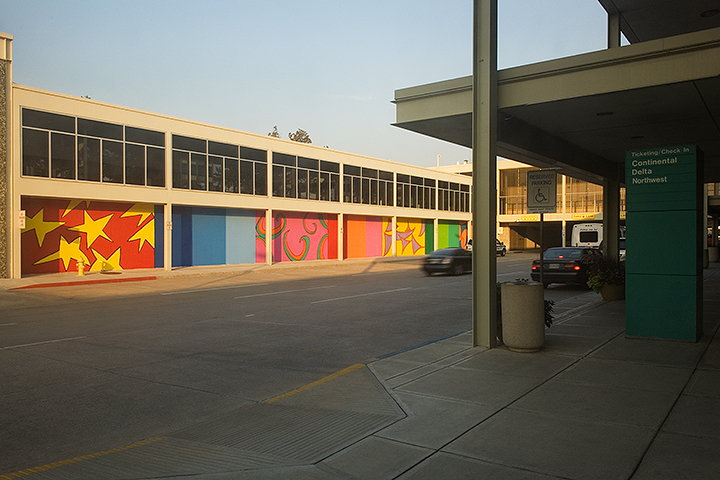 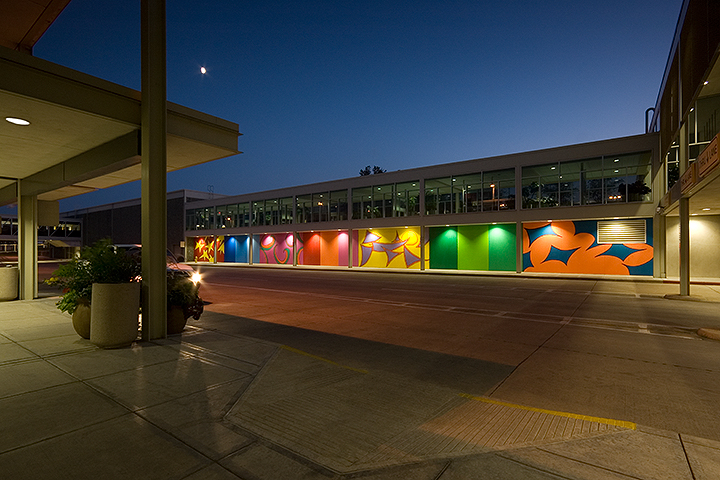 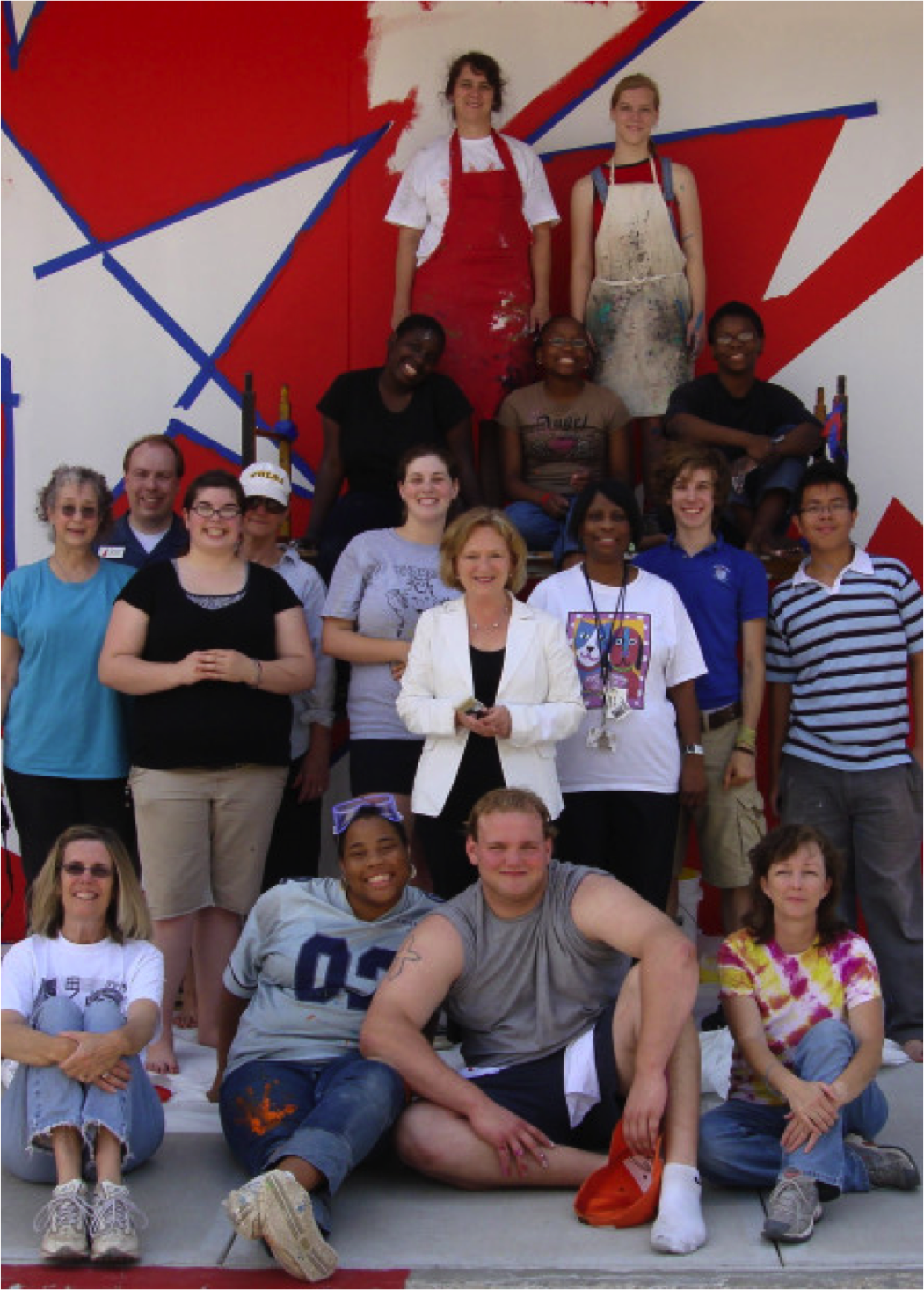 This is a mural at the Tulsa Airport, designed to add some color and whimsy to the drab gray exterior of the building. It is located directly across from the check-in counters, so everyone arriving at the airport sees it. The mural is 11'-6″ H x 95'-7″ W.

The Tulsa Airport established a Cultural Advisory Committee with the goal of developing an arts program for the newly renovated facility. In the early stages of the program, there was no budget allocation for art. Yet the committee wanted to install something before the PGA tour came to the city. We came up with the idea of painting a colorful mural on the wall across from the ticket counters. I volunteered to design the mural, and another member asked the head of the art department at Tulsa Public Schools to recruit some art teachers and students to paint the mural. She did, and we had students and teachers from four high schools represented.

As the designer and artist, I designed the mural on paper, researched the proper materials to use for an outdoor mural, and had a graphic artist produce large scale images of the mural panels. The Airport Cultural Advisory Committee approved the design. The students, guided by their teacher, traced the outlines on the wall and then painted the mural. They accomplished this in one long day!

The students were acknowledged for their outstanding contribution! They had their photos taken with the mayor, and the framed and signed photos were given to each participant. Also, the actual mural painting was captured on video that was given to each student.