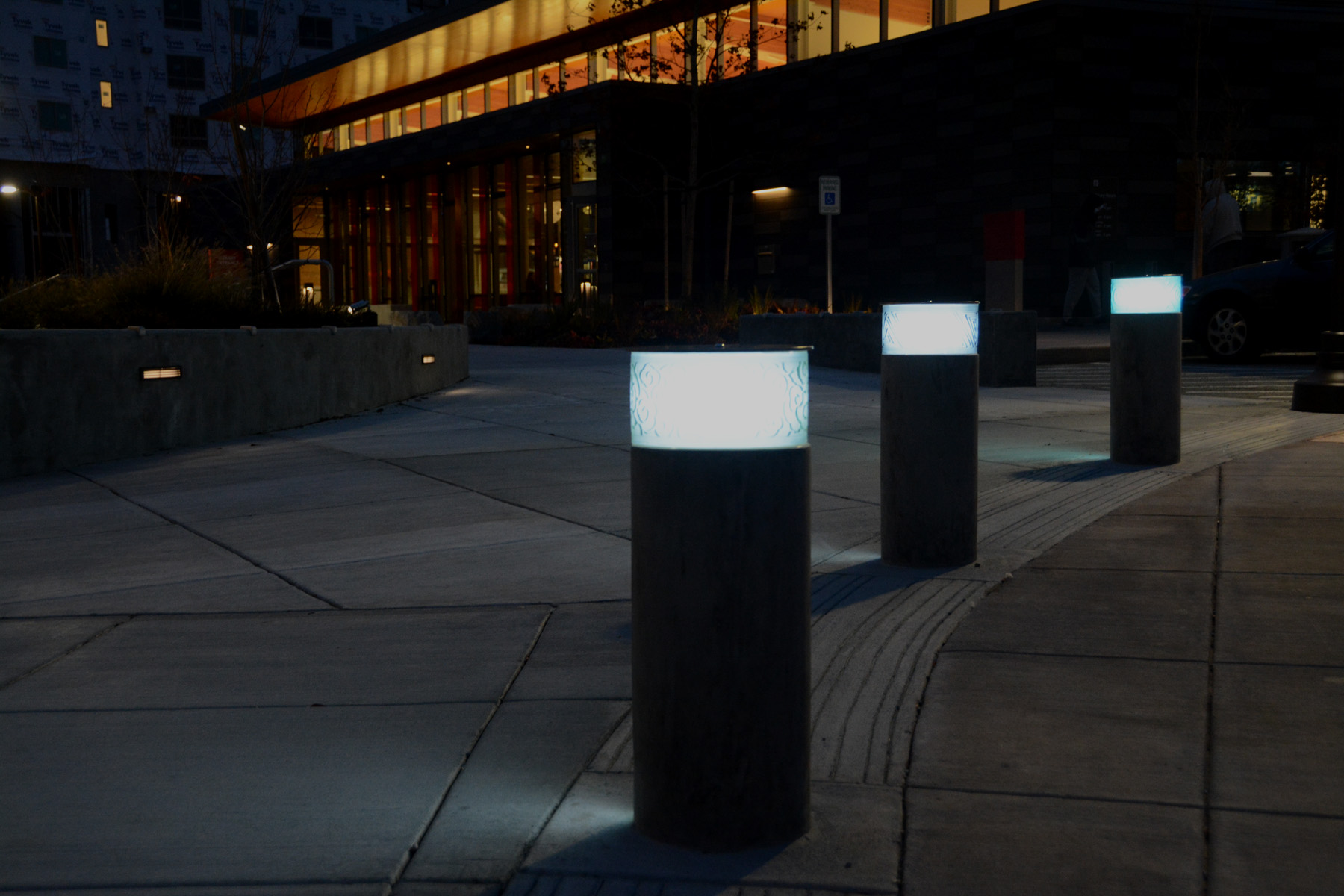 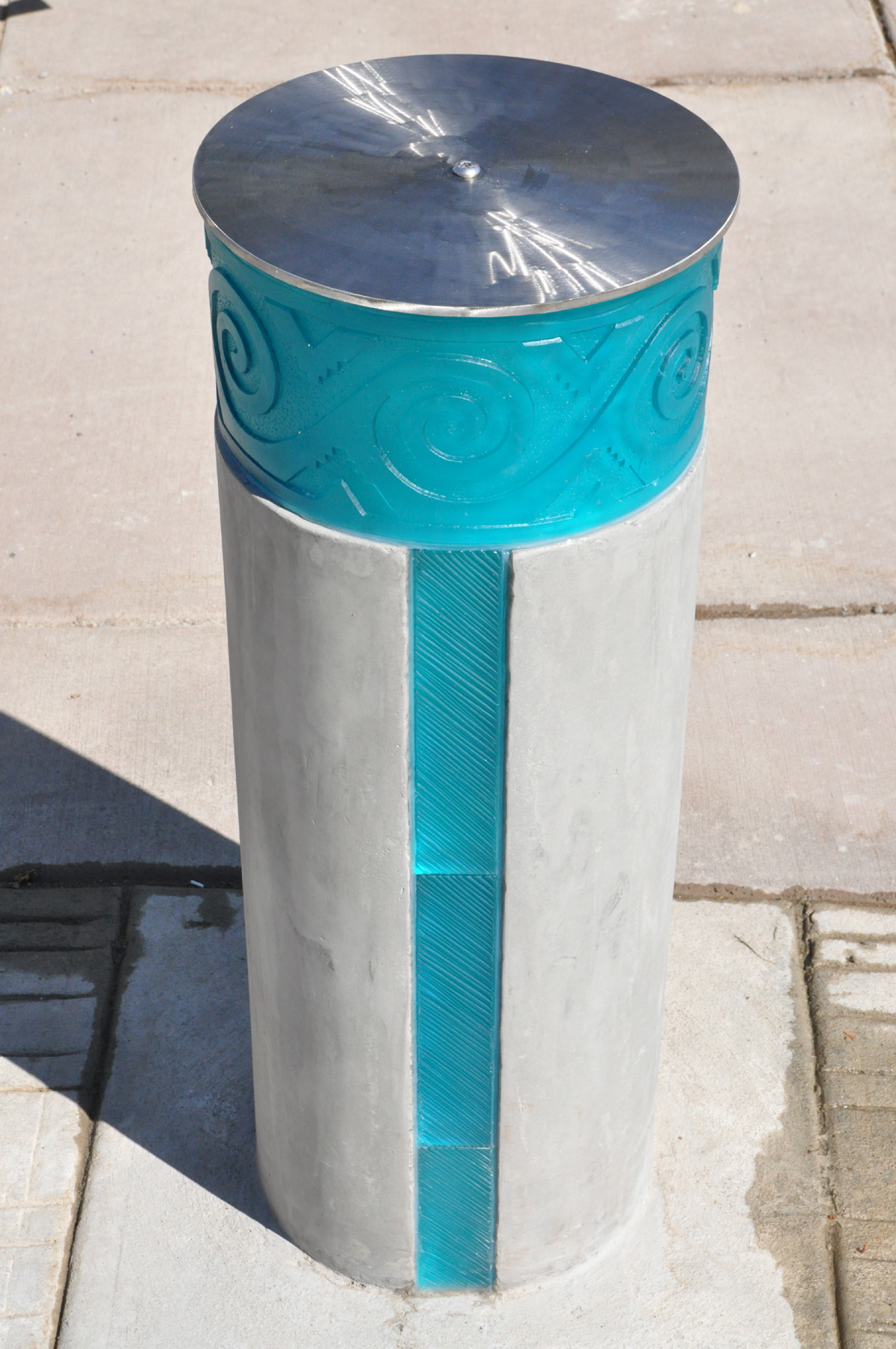 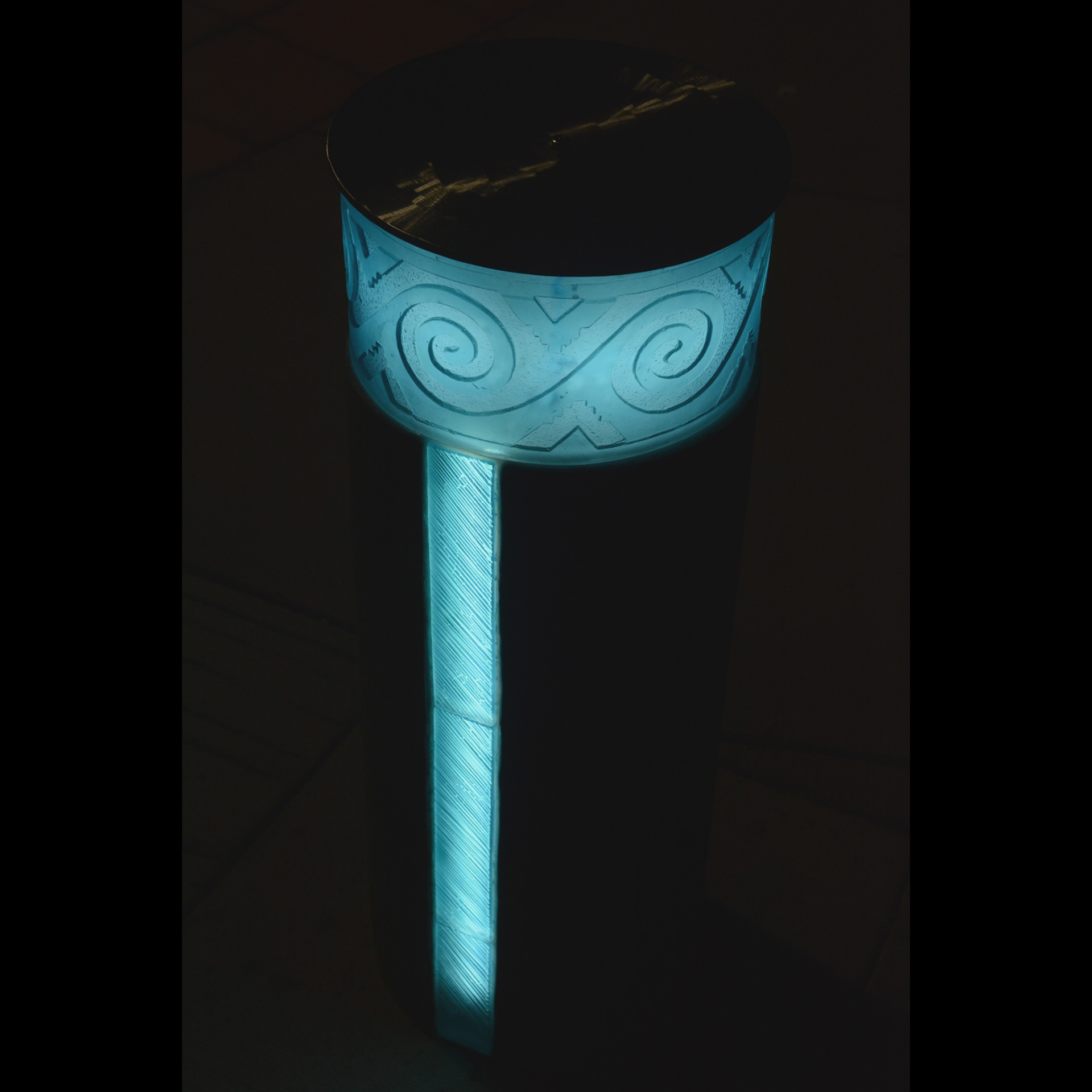 Wayfinding sculptural lighting designed to unify a large public plaza. The design committee called for the design of 3 different patterns for the glass, concrete forms for the bollard bases, and the electrical LED lighting. Initially, the forms were built at the studio and delivered to the site for pouring concrete on schedule. Meanwhile, the glass and electrical components were completed. A total of 16 bollards were assembled on-site.

The goal of this project was to unify a large plaza connecting a library, community center, and apartment buildings. The textured glass bollard-tops are highly visible, and illuminate the path around the plaza at night. A strip of glass tiles on the side of each bollard allows colored light to shine onto the sidewalk. The bollards follow a "wind" theme for their glass patterns. Located in a multi-ethnic area, the patterns are borrowed from several cultures, American Indian (Navajo), Asian (Chinese) and South American (Panamanian). Other artworks on the site loosely follow a similar wind theme.

There was a long design phase where I provided drawings and samples for the design team to consider. Once actual work began, I worked closely with the project manager on site to coordinate the concrete castings with their construction schedule, to deliver and install the glass, and to work with their electricians for wiring of the bollards.