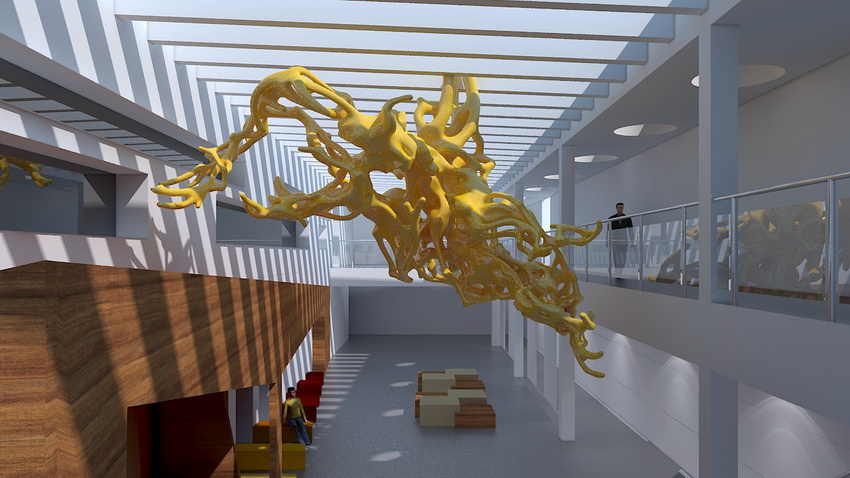 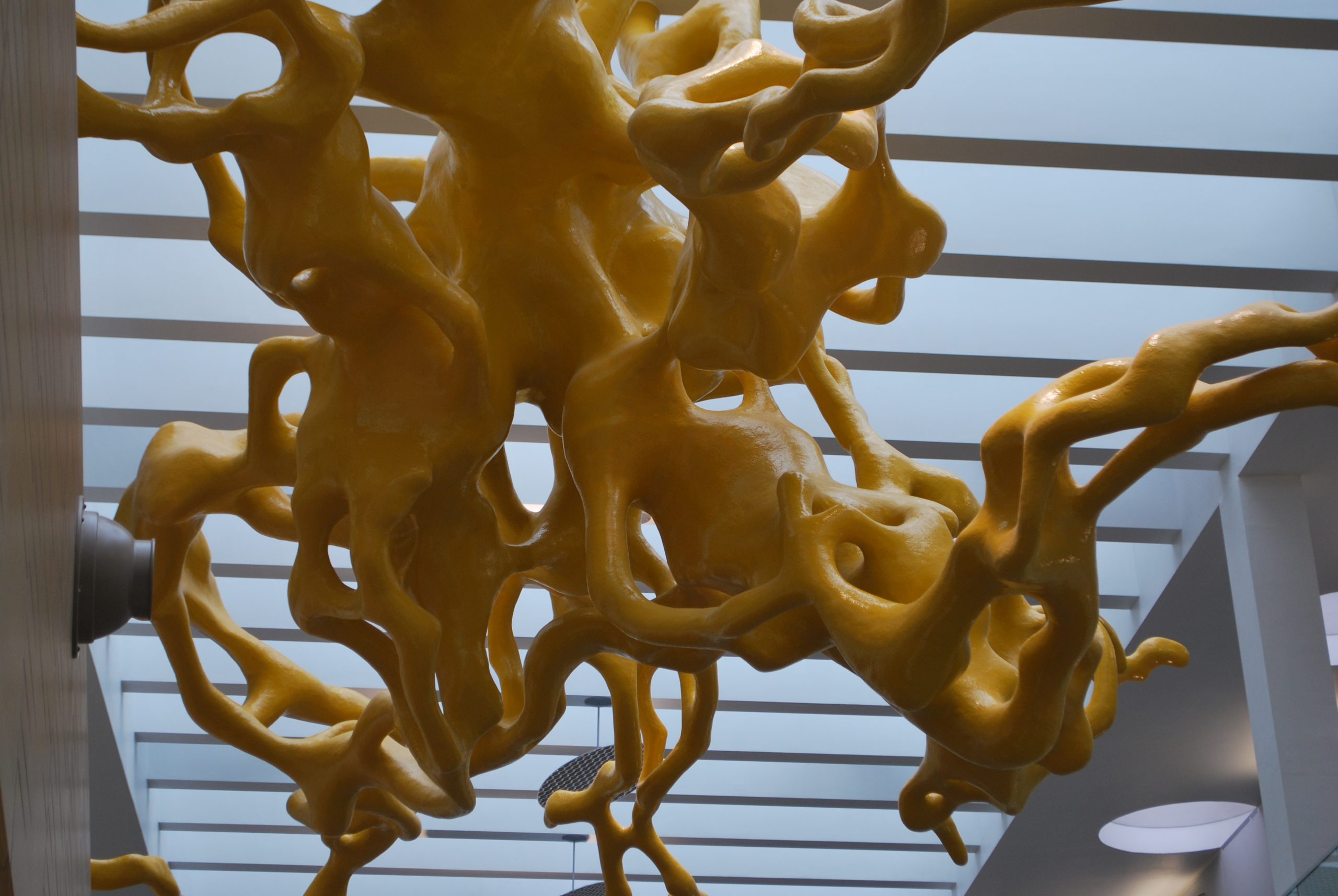 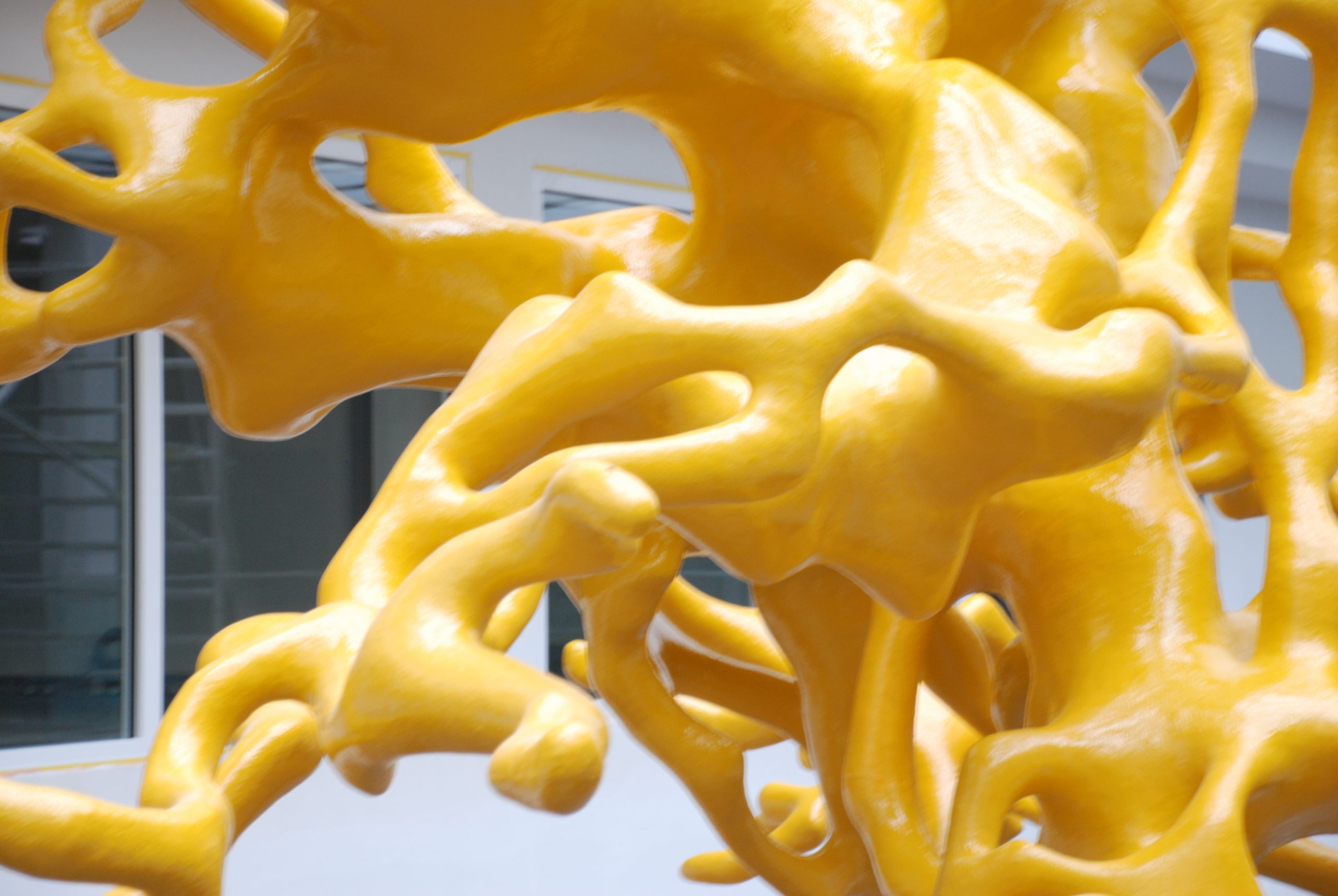 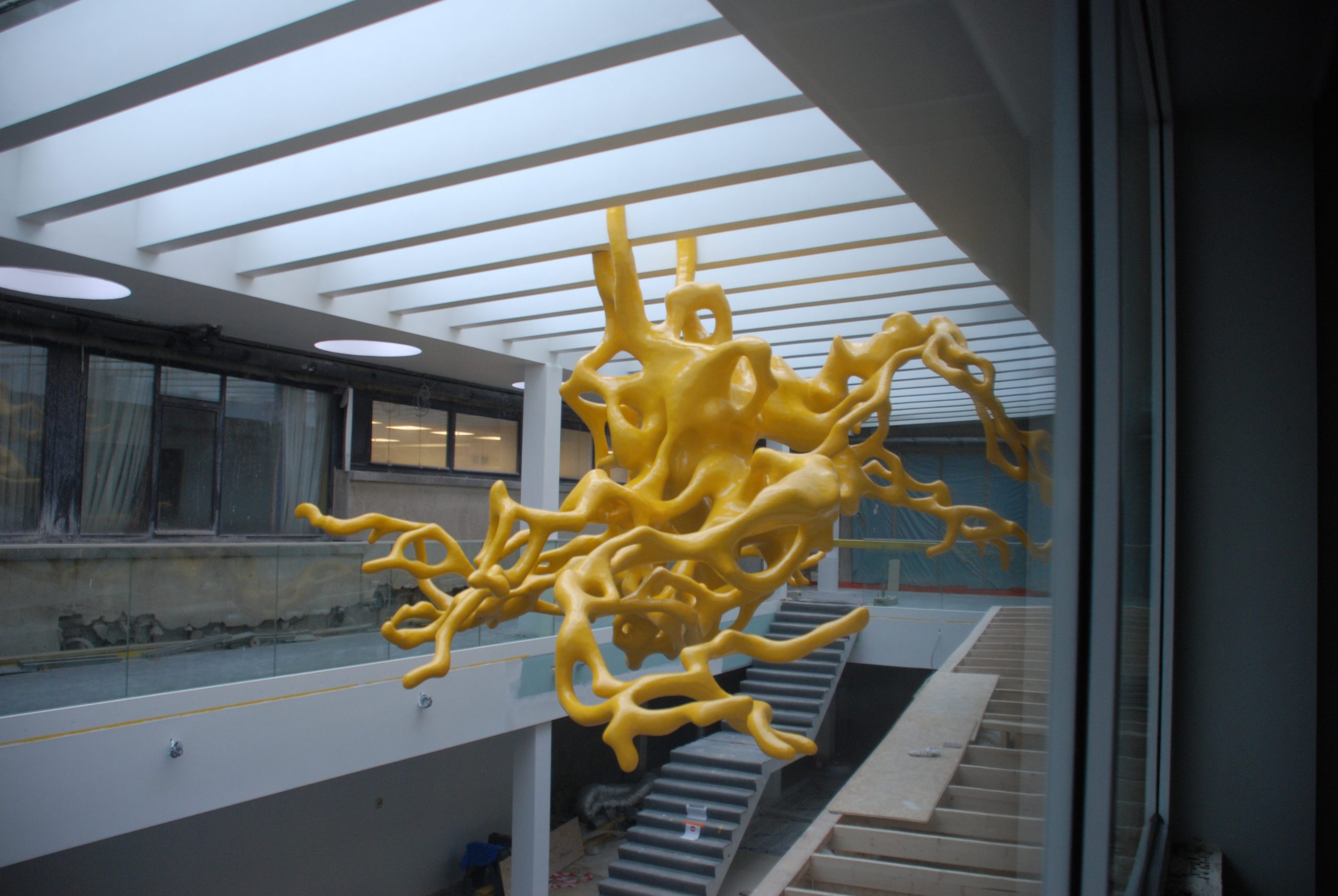 TSENABO looks like a runaway tree, an odd skeleton or a death and abstract body, which has been recovered by the organic, fluid and vivid yellow texture. The sculpture refers to natural erosion processes and to the visual language of an artefact (the shiny and colourful varnish).
Ervinck was Inspired by both Eastern (Chinese rocks) and western (blob architecture) shapes for this sculpture. Following the newest designing processes, he builds upon the classic sculpting techniques as well. Developing techniques and machines of his own, the artist tries to realise his virtual designs in the physical world.

TSENABO was a public commission for a hospital in Tielt (Belgium). The goal was to integrate an artwork in the new wing of the hospital. TSENABO is a sculpture that has his roots - both literally as figuratively - in this building. The sculpture is site specific and every tentacle of TSENABO has a meaning. The sculpture was inspired by the department situated at this side of the hospital, the department neurology.
The goal was also to uplift the very white environment without disturbing the serene atmosphere.
Besides that, the sculpture also had to be relatable for everyone visiting the hospital. That's why Ervinck made the sculpture as a rorschachstain: everybody can see something different in it. The playful yellow colour gives the sculpture the language of an artefact.

For this project Nick Ervinck met up with the hospital directors but also with the medical staff. One of Ervinck's main sources of inspiration is the human anatomy. Skilled as an artist, he works with doctors and scientists on this subject. Ervinck has one foot firmly planted in the digital world and does not only use the computer as an instrument but the digital logic also largely determines his artitic thought and method. He uses 3D technologie to create his artworks and is fascinated by the possibilities to integrate technology in the human body. For a lot of his research on previous sculptures he worked together with renowed scientist Prof. Pierre Delaere.
Ervinck also visited the building site on a regular basis to investigate the way visitors approach this side of the hospital.