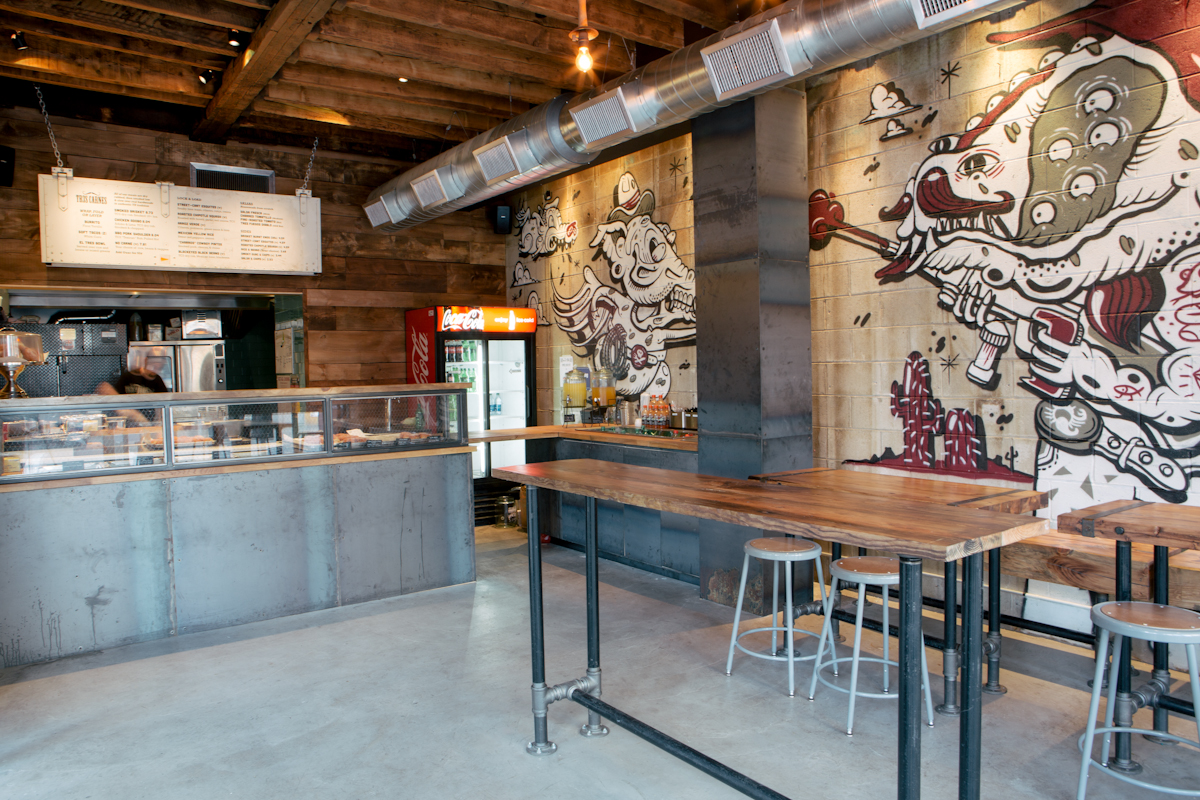 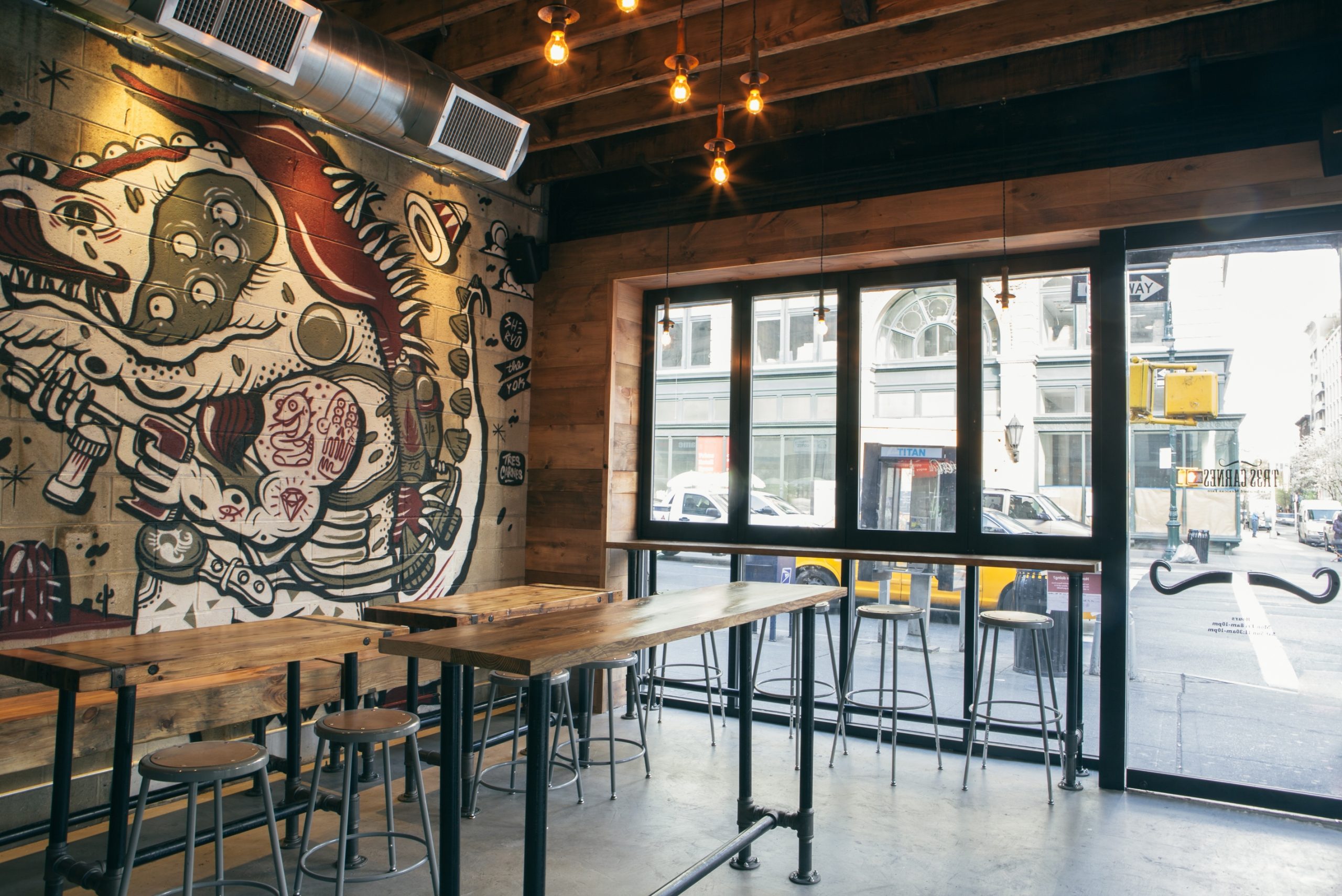 I designed the fast-casual eatery Tres Carnes, melding Authentic Mexican Fare with Real Texas Smoke in New York City. Tres Carnes needed to infuse style and culture authentically. The Texican restaurant features unique culturally-infused highlights, including a “living art” wall that showcases a hand-painted mural by a pair of compelling local urban artists. It embodies a colorful and contemporary interpretation of the historic crossroads where Texan and Mexican cultures collide. This inspiration is carried out throughout the modern-rustic design that incorporates reclaimed railroad ties, richly pigmented tile walls, and industrial-style lighting.

I commissioned local Brooklyn graffiti artists Yok and Shery-O to create a mural for Tres Carnes to bring an authentic yet modern, urban element into this restaurant that prides itself on its elevated Texican street-food. The combination of the upcycled materials and the integration of Texas and Mexican elements brought the entire project together.

I briefed the artists on the concept of the restaurant, the interior plan and the vibe we wanted to create. We gave them the challenge to come up with something that would define our genre of Texas and Mexico coming together while allowing the duo to maintain their individuality. It was our team and theirs coming together to make the project a whole.

Shery-O and Yok were in Mexico City when they were sending us sketches. After spending time in Mexico City, they came back early to complete this project prior to opening. They were living within the culture and knew Texas well so they were perfect for the job. Shery-O did the right hand side representing Mexico (which featured a mutant iguana with a sombrero carrying a flame thrower with a tank on its back, smoking the Texas pigs on the right created by Yok in Cowboy hats, lasso, flying towards him. The living wall now spans 26 feet long and is 10 feet tall.