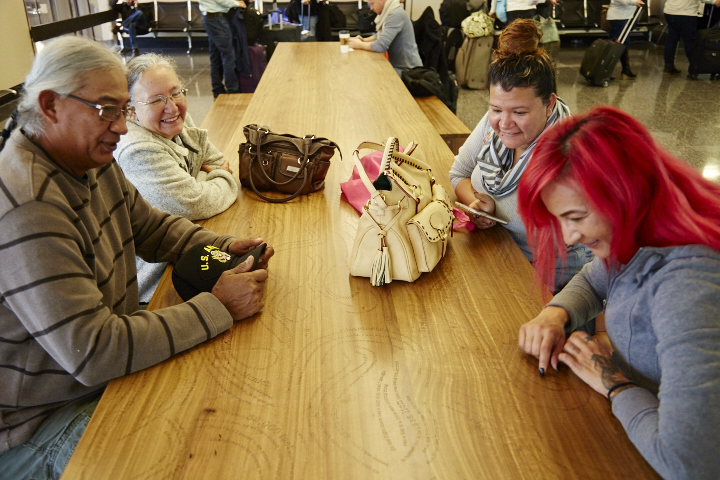 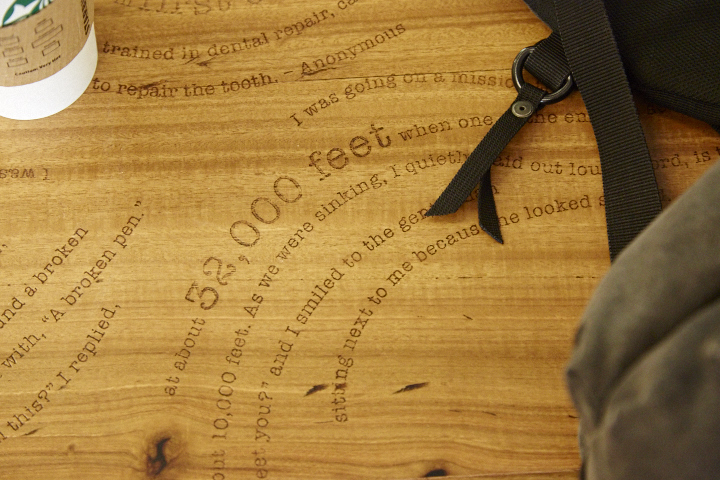 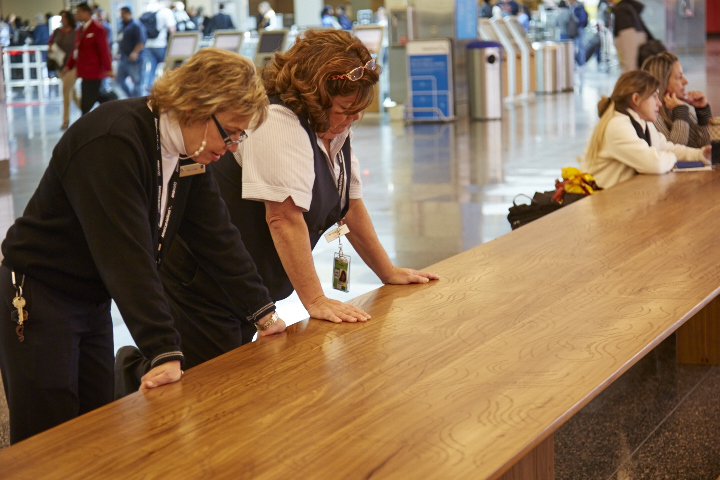 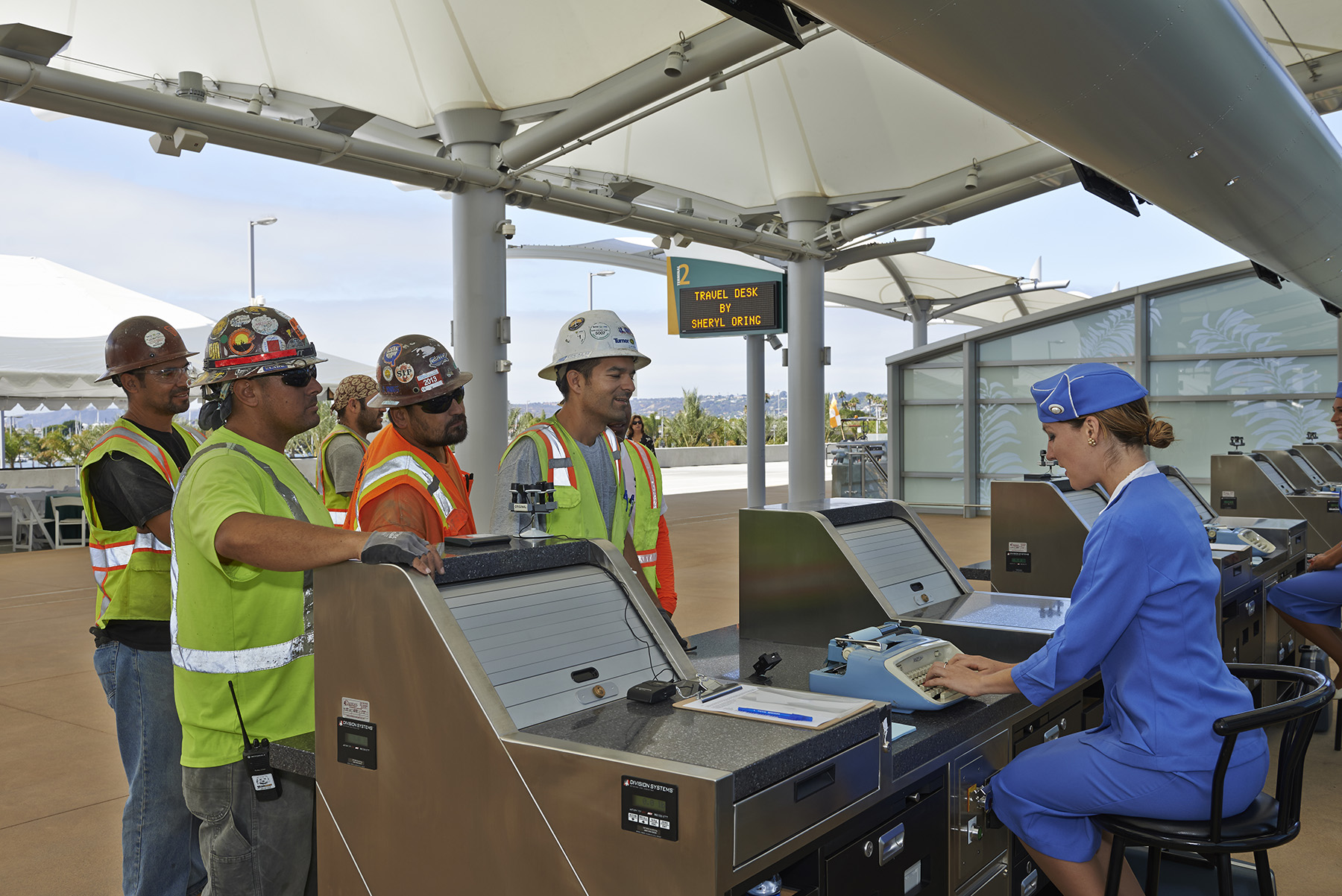 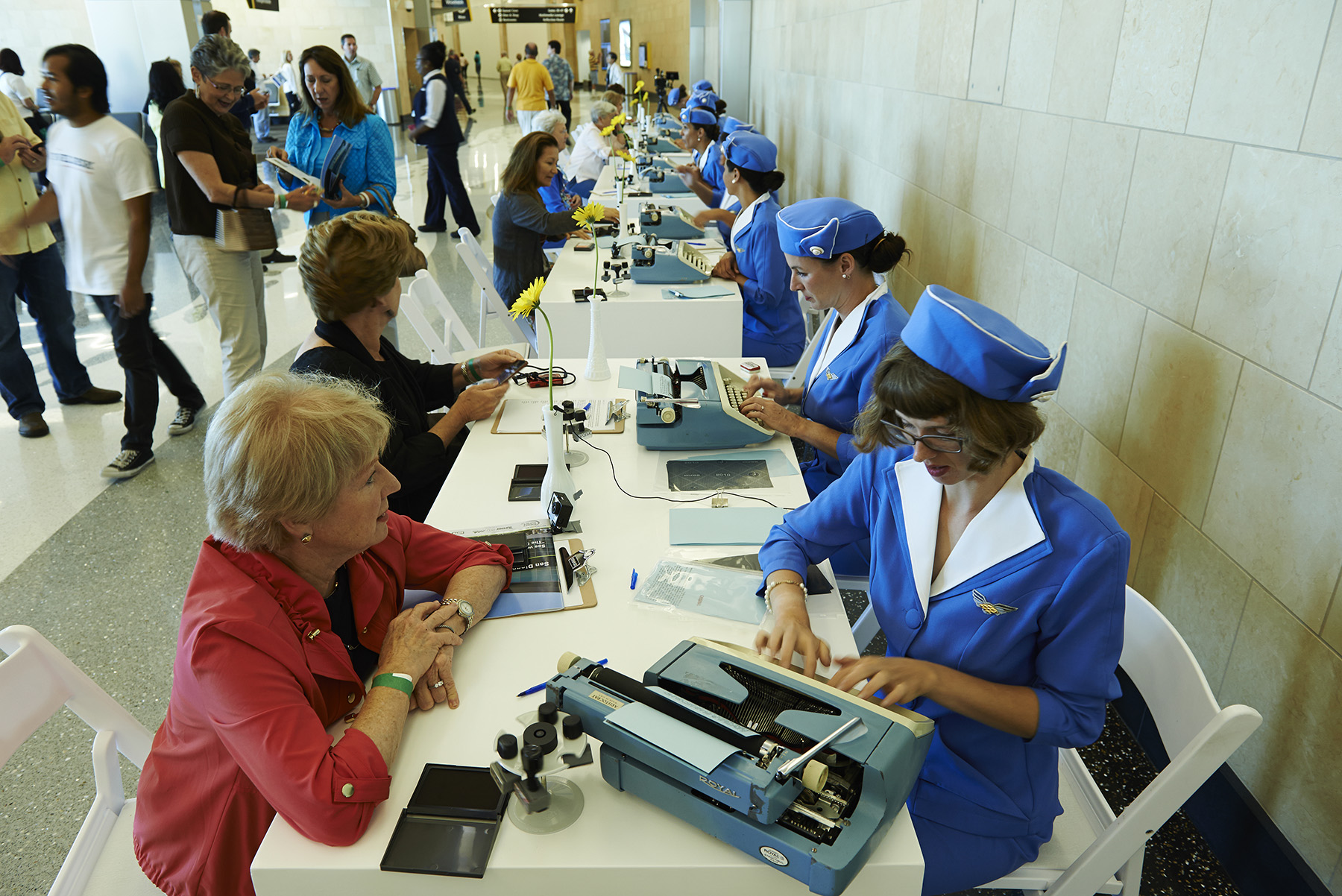 This commission was unusual for an airport as it offered a residency period during which the artist could explore various aspects of the airport in order to make a project proposal. During the first phase of the project, artist Sheryl Oring created a typing pool of 10 typists who dressed as flight attendants and invited the public to dictate travel stories. These stories then became the material for the second phase of the project: a 20-foot-long table made from urban harvest eucalyptus wood that features excerpts from these stories laser cut into the tabletop.

This project was completed as part of the San Diego International Airport's Green Build project, the largest improvement project in the airport’s history. Projects include: addition of ten new gates added to Terminal 2, an elevated dual-level roadway with curbside ticket kiosks, expanded shopping and dining areas and airfield improvements. In 2006, a Public Art Site and Opportunity Plan was established as a three phase implementation schedule; many of the sites were specifically considered for the Green Build. The ultimate goal of this project was for an artist to create an artwork that will stimulate an intentional and ongoing dialogue with the local and traveling communities through the creation and installation of site-specific art.

During the first phase of the project, artist Sheryl Oring managed the production of a large-scale public performance that was presented during opening ceremonies for the airport’s new terminal. After these performances, during which the material for the next phase was gathered in the form of hundreds of travel stories from airport visitors, an intensive collaborative design effort began. Working closely with designer Jonathon R. Anderson, the team created a proposal for a 20-foot-long table made from reclaimed eucalyptus wood from San Diego. Anderson completed the table design, which was reviewed by structural engineer Alessandro Beghini of SOM San Francisco. Then Oring began working with graphic designer Amy Mees of x-ing design to complete the design for the text that Anderson would laser cut into the tabletop after the table was fabricated by San Diego Urban Timber.

The foundation of the project was establishing a framework for meaningful public interaction both during the performance phase and in the permanent installation. Initials carved into a tree trunk along a favorite trail or into a wooden picnic table at a beloved spot serve as poignant reminders that we were here, providing an indelible physical mark in an increasingly transitory, digital world. With this work, the artist created an iconic meeting place at the airport, a place where people return to again and again to trace their own stories and read those of others.