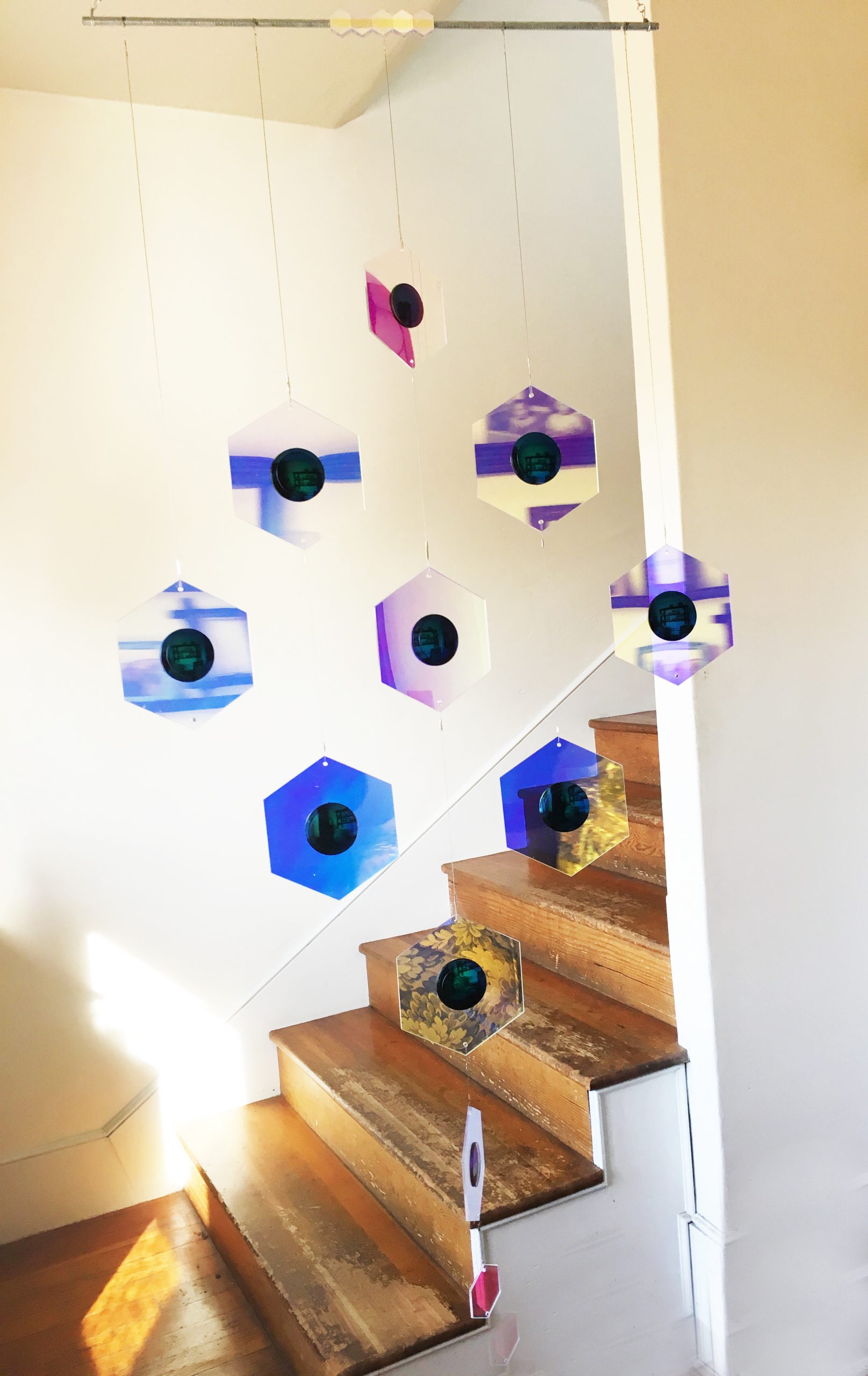 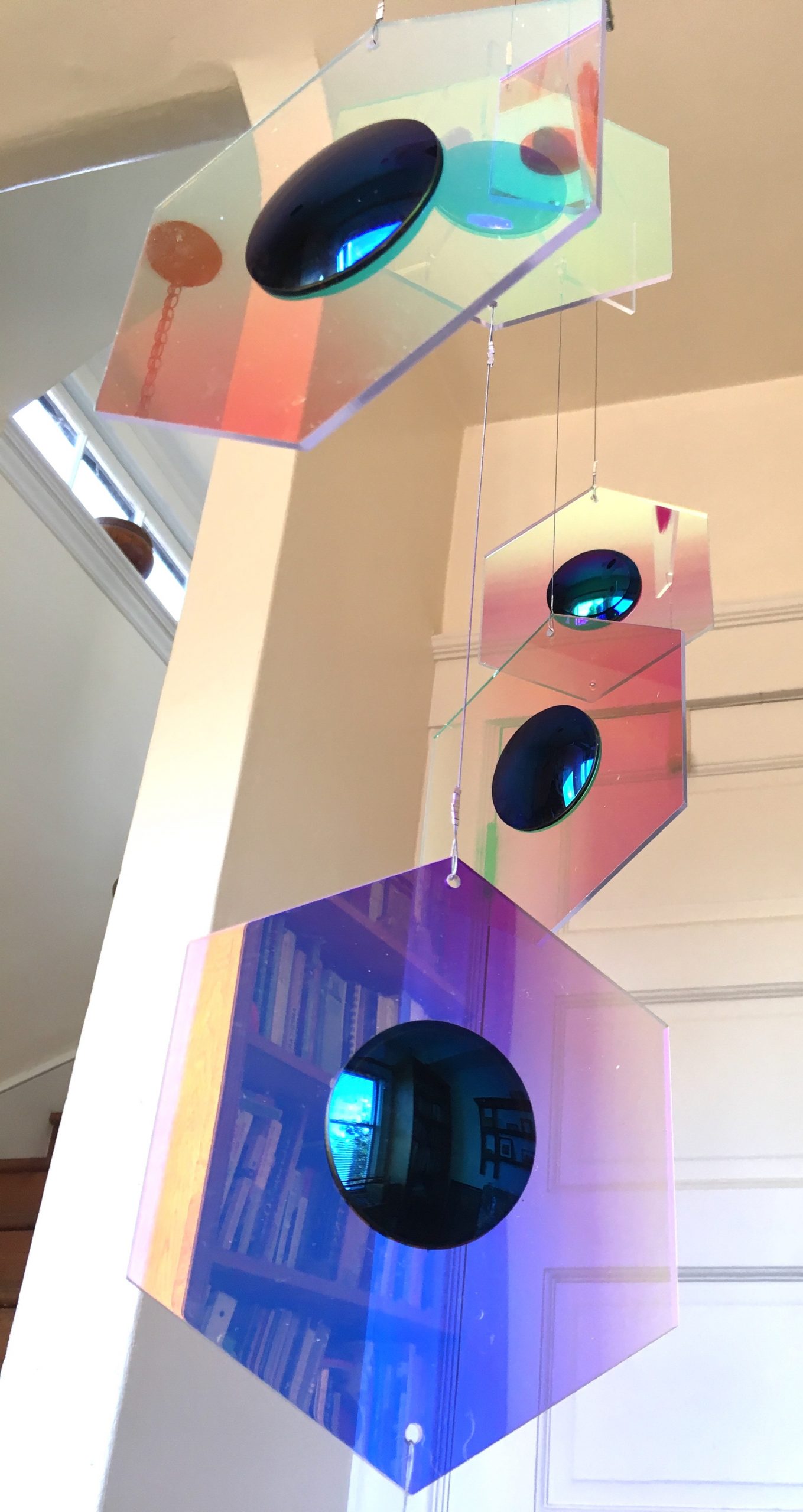 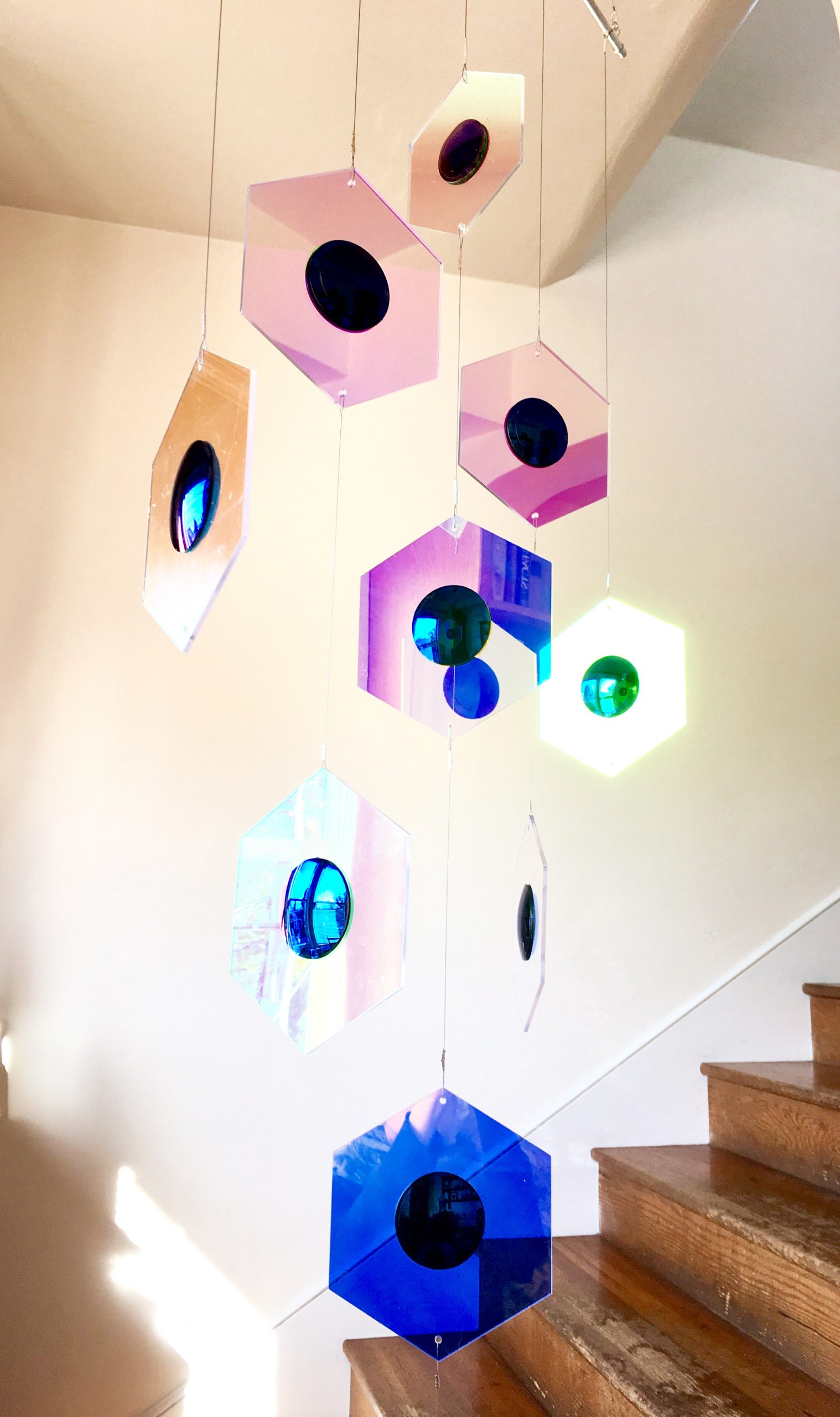 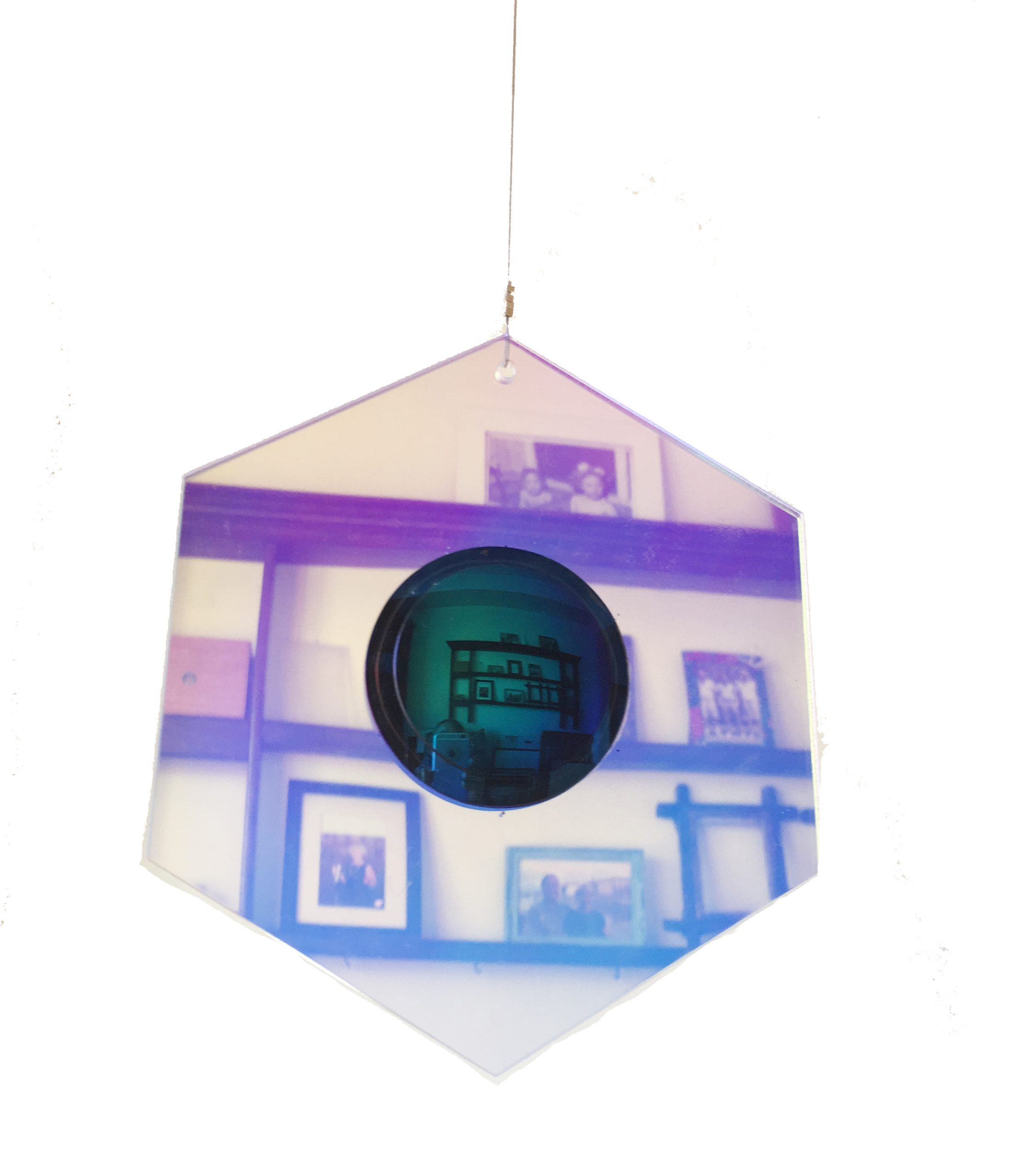 "Transverse" was commissioned for a 2-storey high window in a loft-type space that functions as a sitting area and a private gallery in a residential space. As the space was under construction, I worked with a written description and dimensions. The client had seen my sculpture "(In)Visible" at Burning Man, which they loved, so they specifically requested the same dichroic plexiglass. They wised for a similar sense of fluid geometric forms cascading in suspended form, so I proposed several concepts, of which they selected "Transverse".

I conceived of "Transverse" in response to the client's request for the dichroic plexiglass I used in my large-scale sculpture "(In)Visible". They also wished for the same sense of geometric harmony/relationship and a scale that would both complement and stand out in a 20 ft high windows of an NYC loft/gallery space. I worked on this alone, except for the actual laser-cutting of the dichroic hexagons.