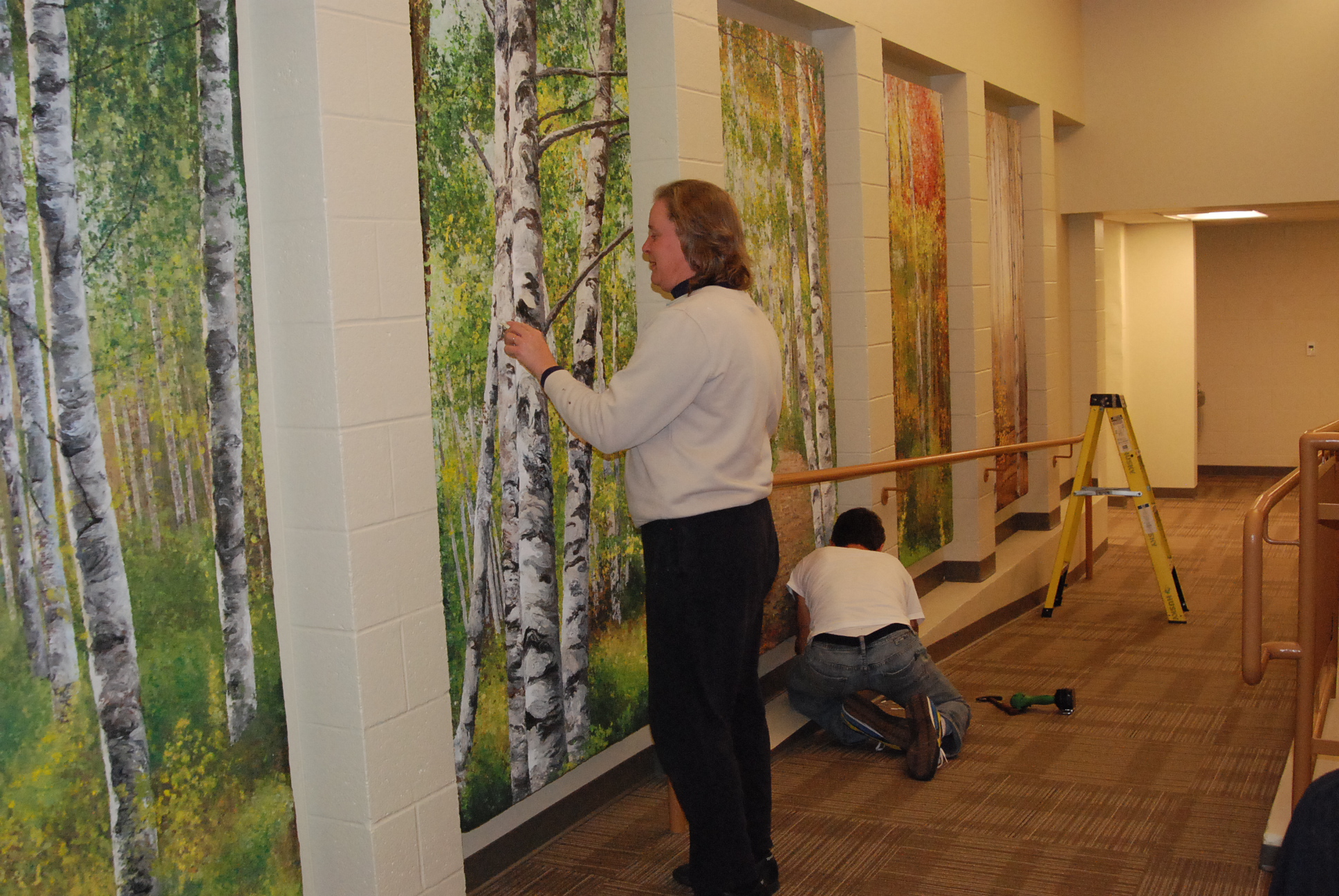 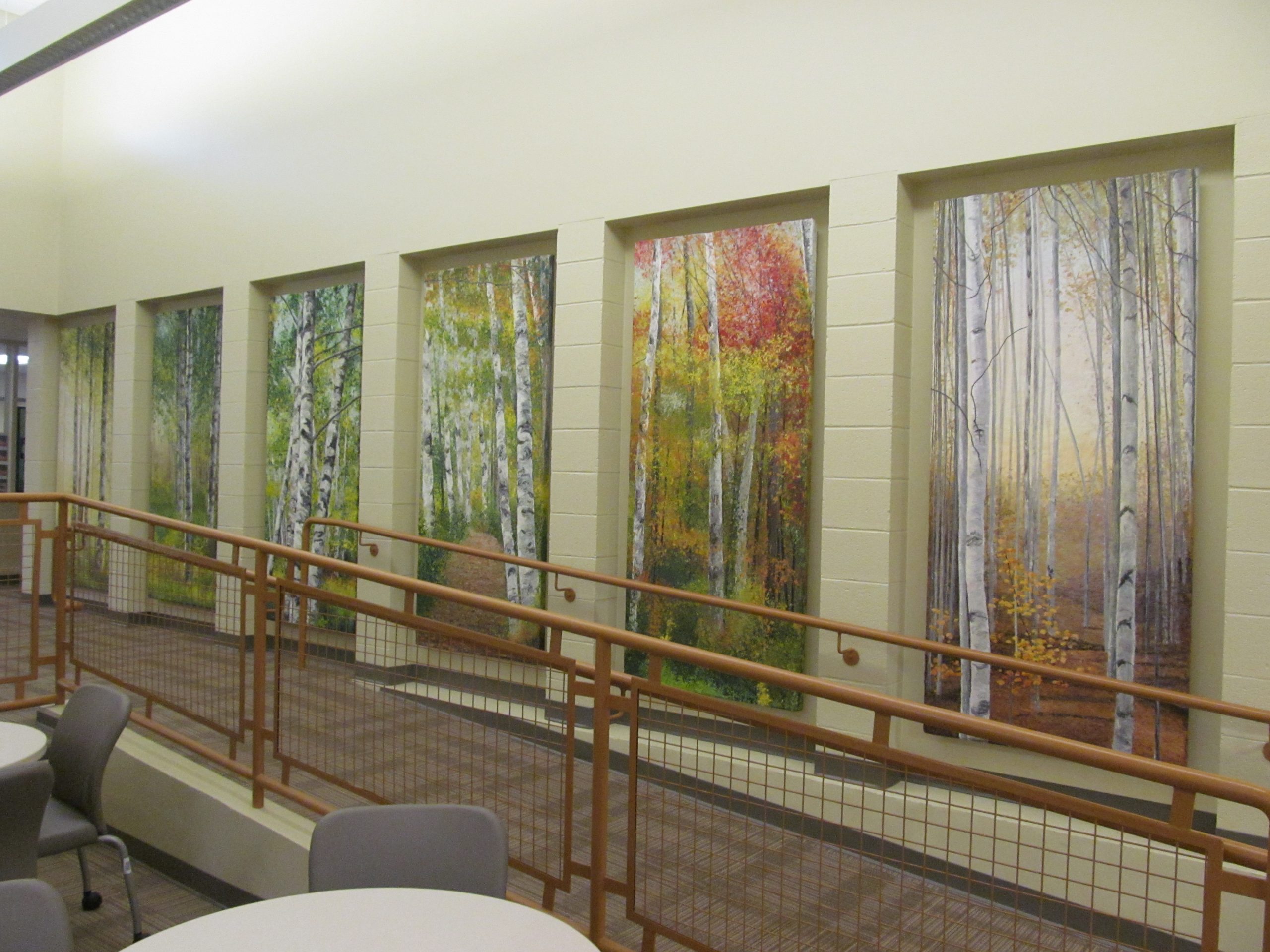 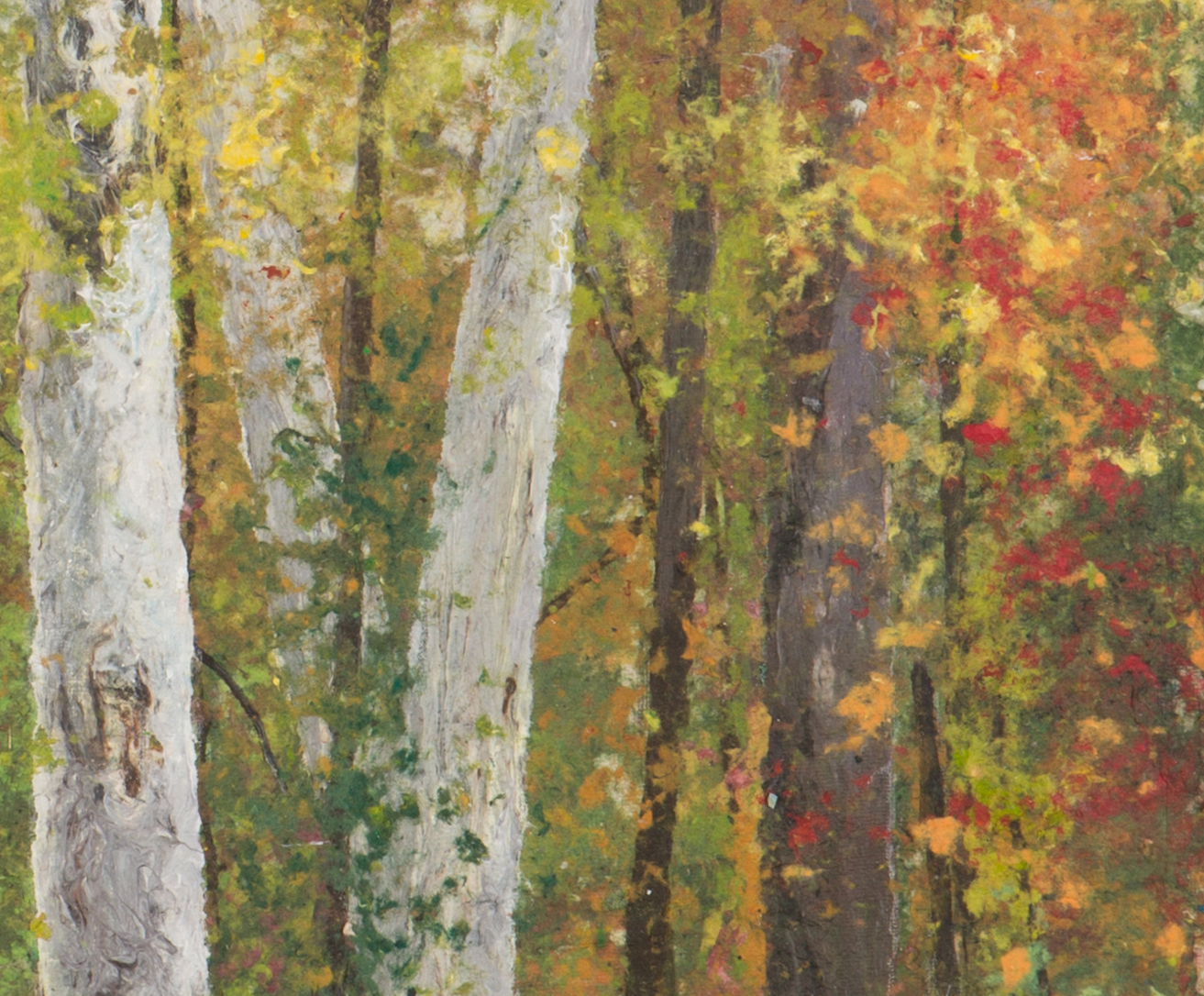 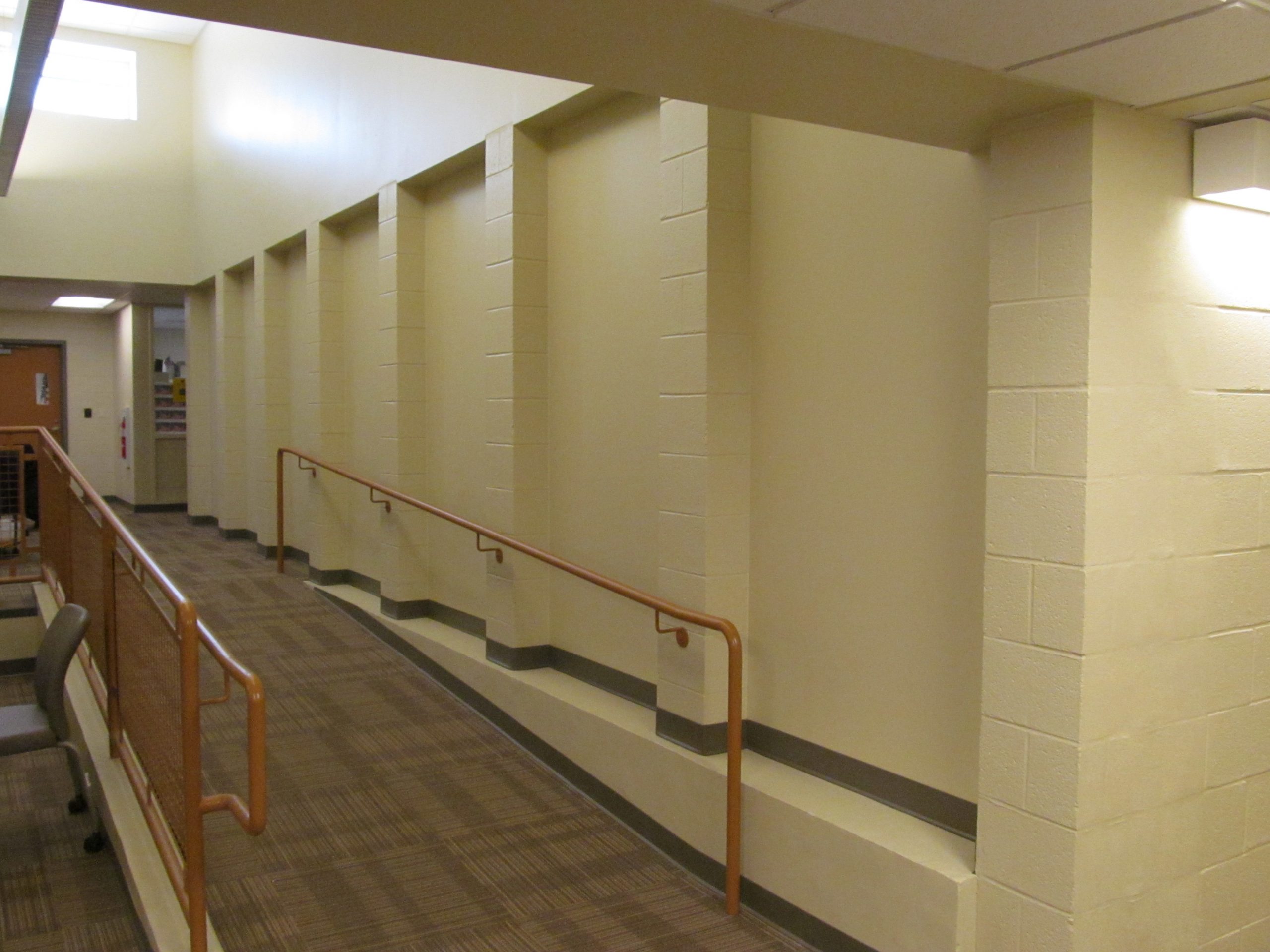 Transitions consist of six 90 x 40 inch paintings made with beaten abaca (an exceptionally strong fiber imported from the Philippines used to make carpet and marine cordage), and pure non-fading pigments. The paintings are installed in the main lobby of the Anna Philbrook Center in Concord. As visitors to the building walk up and down the ramp, they experience paintings of the state tree, the white birch, as it transitions through the times of day and seasons of the year.

I chose the theme of transitions as it referred to the changes the building had undergone over the years. From its original purpose as a State funded Hospital, to its current role of assisting New Hampshire residents in securing licenses in a variety of professions, the building has experienced many transitions over the years. The people who use the building, especially those who are applying for a professional license after years of study and apprenticeship, are themselves experiencing a transition as they enter this new phase of their lives.

Transitions also refers to the New Hampshire landscape. I chose to represent the New Hampshire State Tree, the white birch, as it appears from the dawn of spring to late autumn afternoon. The first painting represents the tree as it appears in early morning in springtime; the final painting represents the tree as it appears in a late autumn afternoon. The paintings in between illustrate transitions between these two extremes. These transitions found in nature metaphorically mimic those being experienced by the users of the building.

I was selected by a distinguished panel of experts out of a field of approximately 50 entrants. I worked closely with members of the New Hampshire Council on the Arts throughout the entire process-from design board, to in-progress reviews, to installation of the final paintings. Together we visited the site several times to ensure I had the correct measurements, the paintings appeared to be transitioning as intended, and the overall affect mirrored the original design. Watching the transformation of the space before and after the installation of the paintings was a thrilling experience.

I am a professor of art history and drew heavily on the works of other artists to compose these paintings. The 9:4 dimensions of the paintings match those of the Parthenon, the way the trees interact with one another is inspired by the vase Ajax and Achilles playing checkers by Exekias, the angle of the middle tree formation is inspired by Picasso's Guernica, and the sense of atmospheric perspective is inspired by the writings of the French artist Rosa Bonheur. This was an exciting project and I was honored to have been awarded this erstwhile commission.