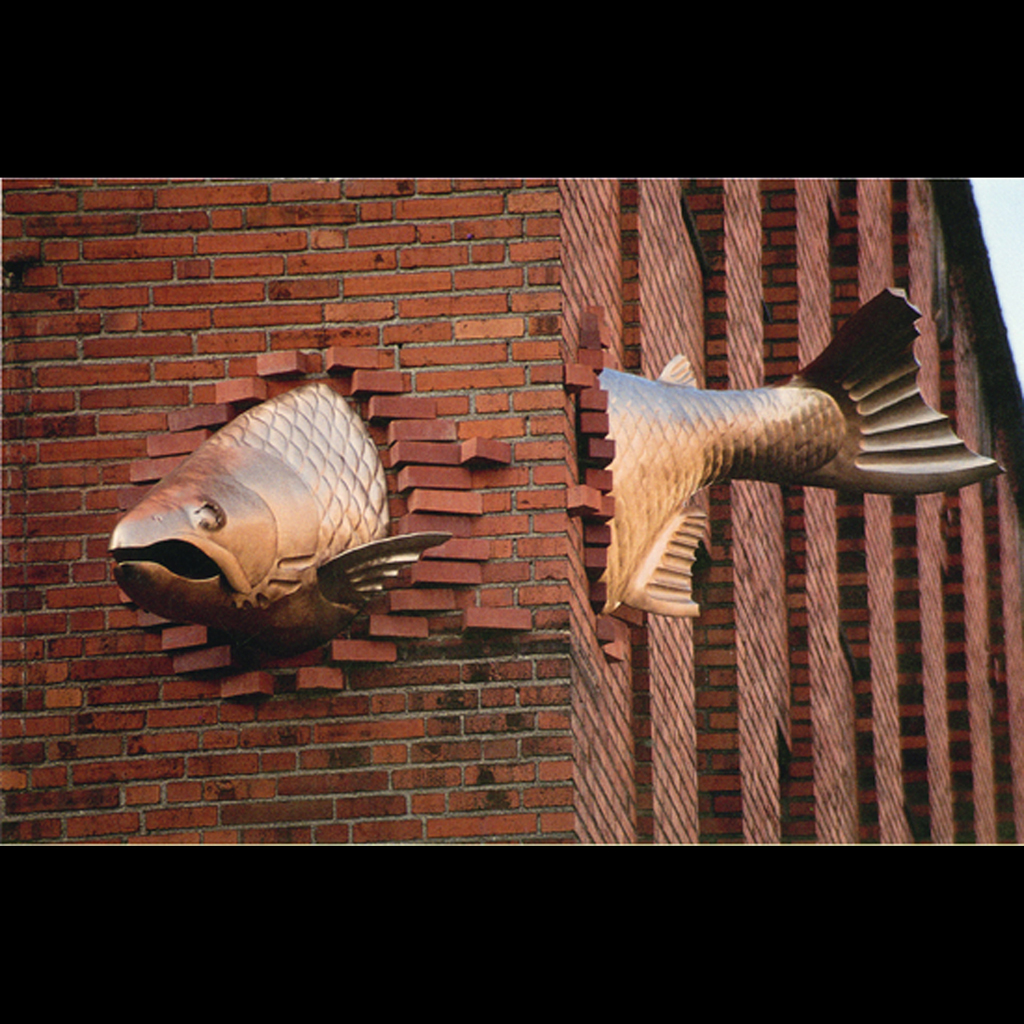 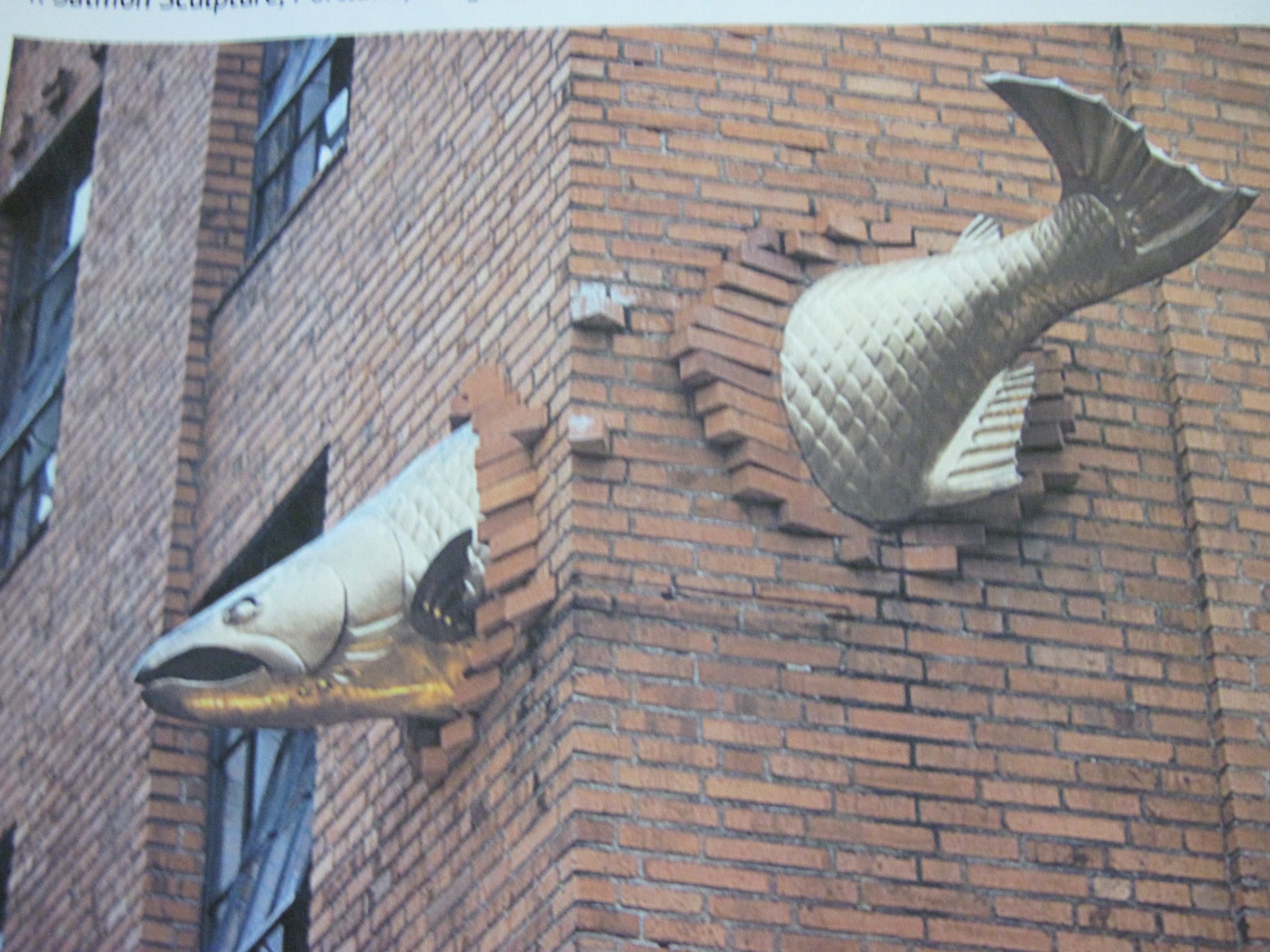 This piece is in downtown Portland, one block from the Performing Arts and Culture Center. It was created and installed in 1998. It was a public piece that was privately funded. It has become one of the most popular works of public art in Portland, Oregon.

For this project I needed to find to bricks to match the existing bricks in the building, and this building was built around 1910. I found a brick historian, living in Vancouver, WA. I gave him the address of the building and he told me a brick factory 300 miles south of Portland was the source, though out of business. I then found several lawyers who had bought the remnant bricks, when the factory closed, and had them in an empty lot in that city. On a long shot, I drove there, contacted one of the lawyers and he took me to the storage site. Very luckily I found a pile of brick which matched the color and size of those in this building so I was able to buy what was needed for this project. Each added brick was cut at a precise angle and holes drilled in each (2) plus holes drilled in the existing brick to match those in the added bricks. Each brick needed stainless steel rods to keep them in place, with added epoxy. All the added brick needed to imply the entry and exit of the 11' bronze salmon.

I worked with a client on this project. He had wanted something simple and we agreed on this idea. I then submitted my proposal to the Portland Public Art Committee. After a month of not hearing from them my client told me to go ahead and he hired a qualified engineer, at his own expense, to sit on the scaffolding with me and my crew while we installed the piece. The inspiration for this piece came from my youth when I often traveled along side the Columbia River with a stop at Celilo Falls where the local tribe of Indians were netting salmon. I was always stunned at the 10' leaps of the migrating salmon, trying to get over the falls. Some years later the government built a dam near The Dalles, OR; that dam flooded and wiped out the Celilo Falls. In the 1990's there was a movement to remove dams in smaller rivers and tributaries to promote the annual migration of salmon. When I thought of this commission I was thinking of a god-like salmon able to break through the dams. This was an idea that came my belief in this movement.

In 2013 I began getting emails from friends regarding an article in Architecture and Design Magazine that included this piece. A search for the 25 of the Most Creative Sculptures and Statues from around the world will bring up this article. I feel honored to be included here. I admire many of the pieces featured, the conceptual ideas, some for the humor, some for the dark irony, some for the playfulness, some for their sheer beauty, and some for stunning scale. I really appreciate that this work was installed in 1998 and has gotten wider recognition all these years later.