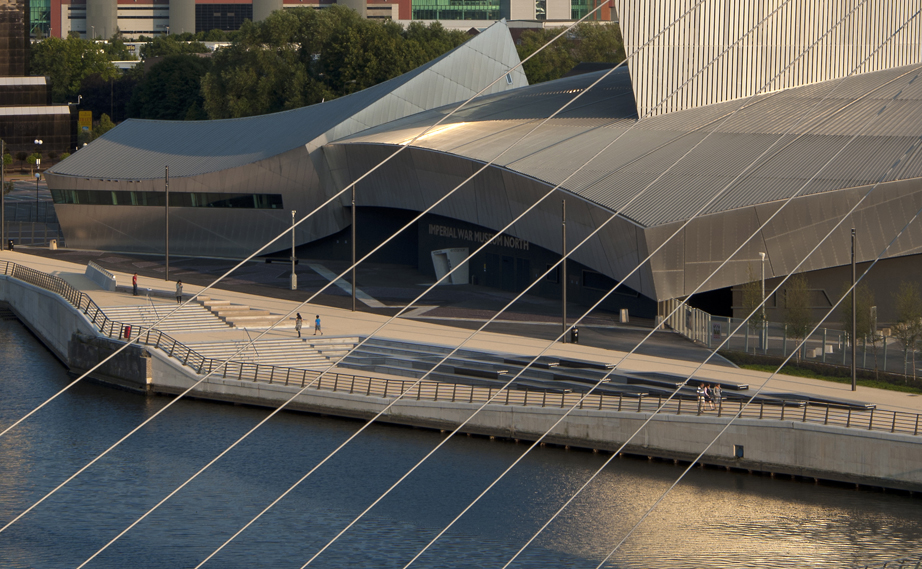 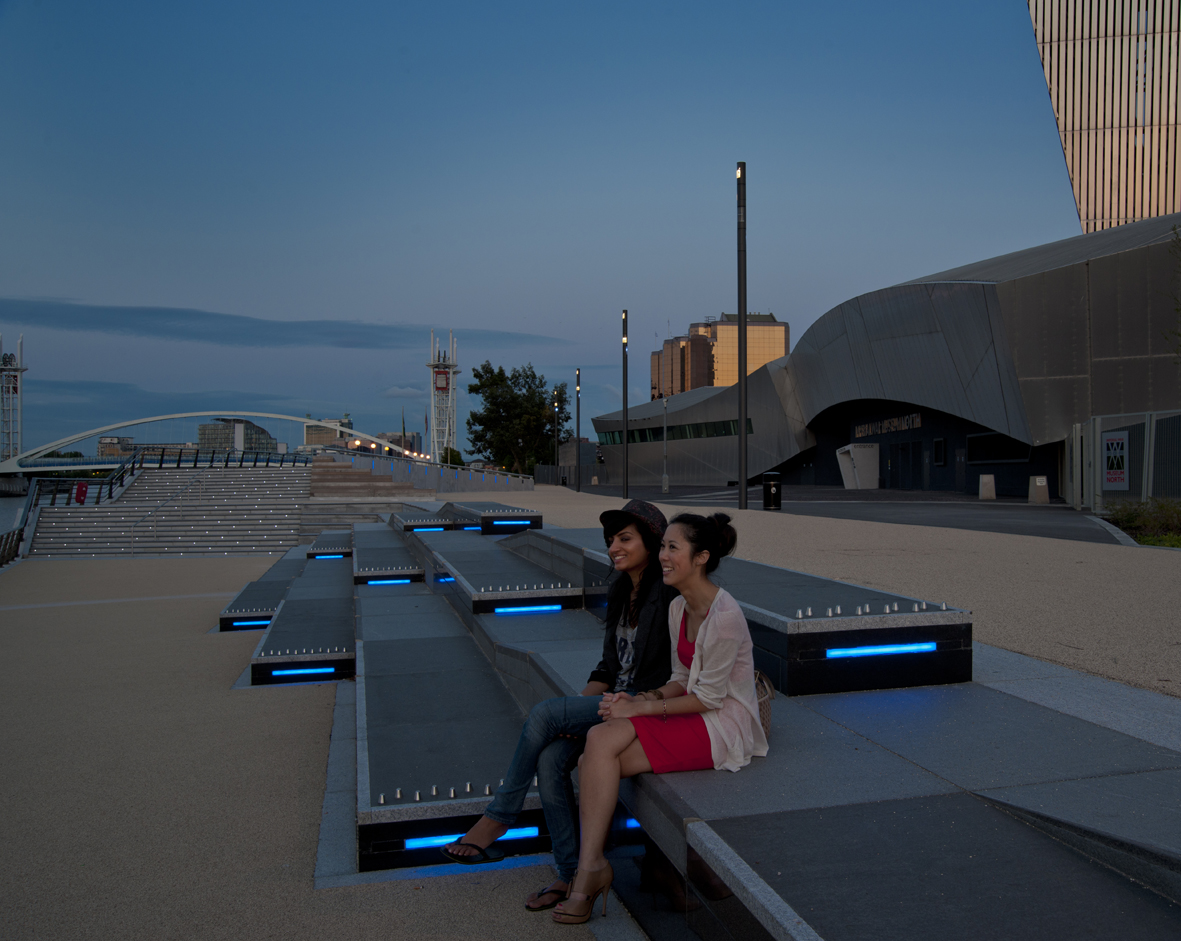 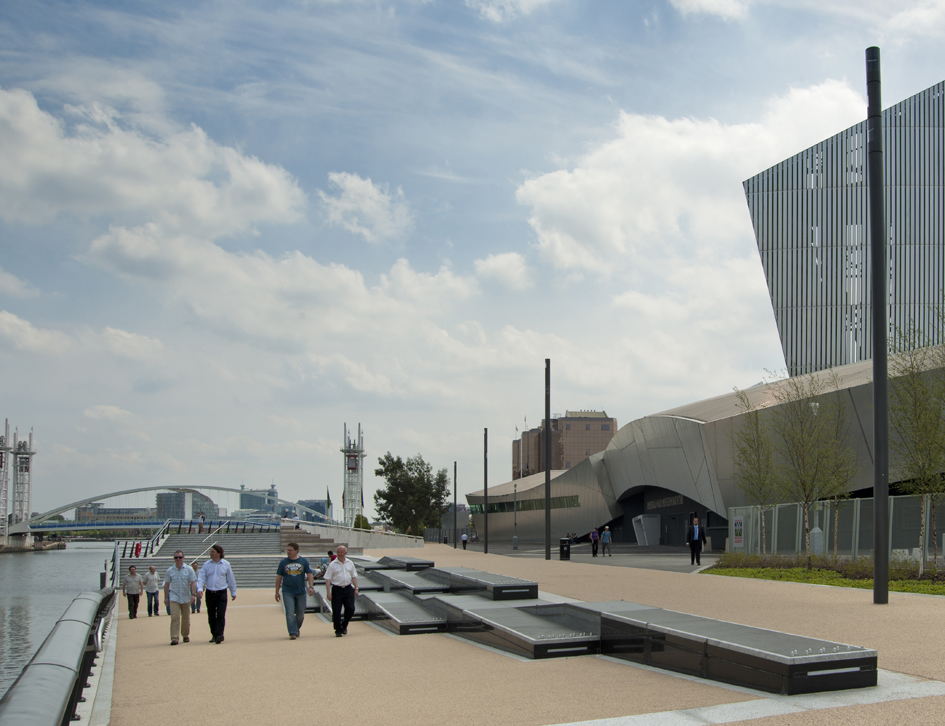 The design of the quayside plays with convex and concave geometries, creating an imaginative public realm that contemplates the striking forms of Daniel Libeskind’s Imperial War Museum North.

Creating an important new strategic circulation loop in the Quays, the promenade links seamlessly to the new Media City foot bridge which connects Media City UK, the new BBC headquarters development completed in the same year. The promenade acts also as a new setting for the Imperial War Museum North, which has previously been accessed only via a parking lot and had little relationship to the waterfront. Trafford Wharf promenade reoriented the building onto the water with a new entrance that already now admits over 50% of the museum visitors.

The project involved a close collaboration with a structural/marine engineer