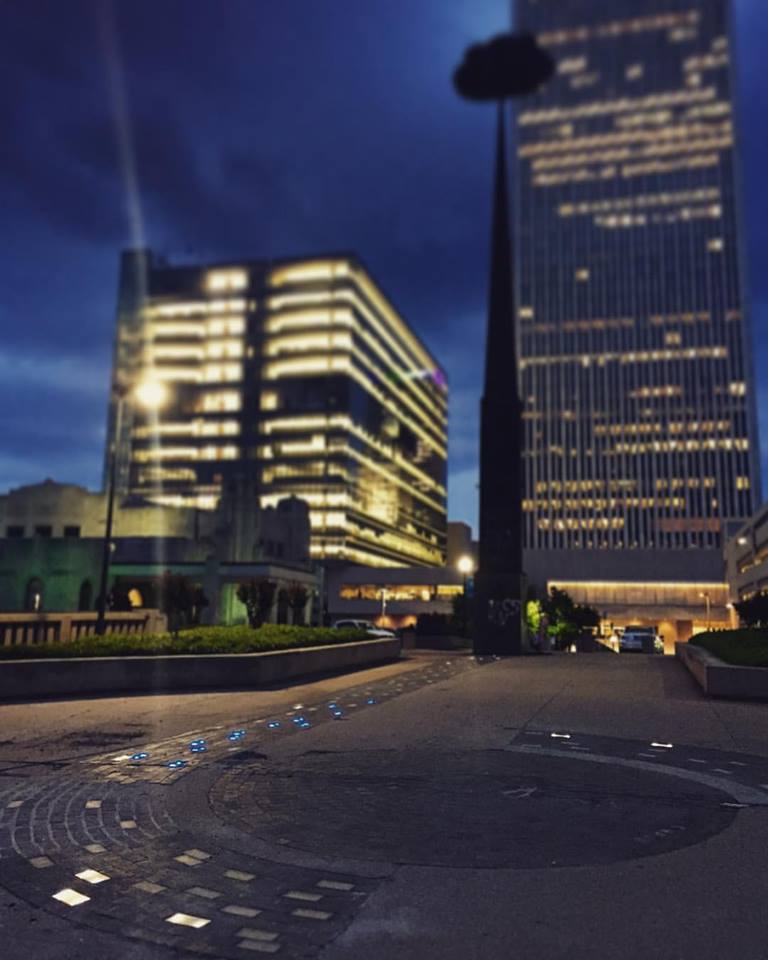 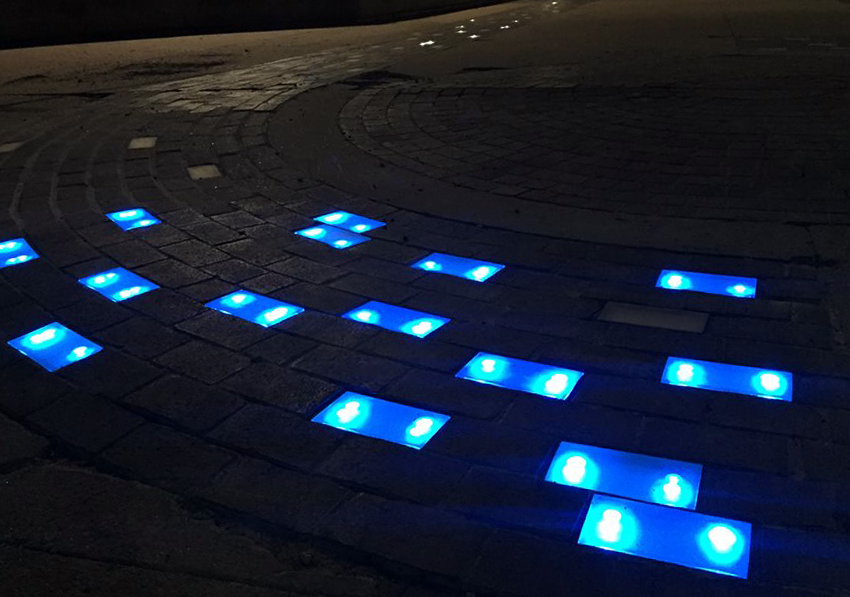 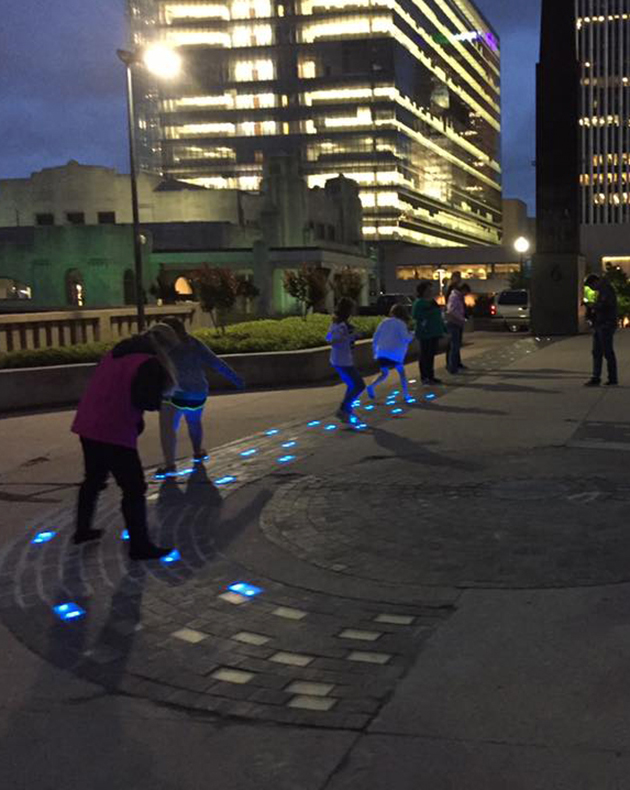 Trace is a year-long public art installation comprised of hundreds of LED pavers along a popular pedestrian bridge in downtown Tulsa. Daily the bricks charge via solar panels, and illuminate at dusk. White lights flicker on and off into the night and react to pedestrian foot traffic. When stepped on, the bricks illuminate a brilliant blue to visitors. Moments later they echo blue again, capturing the movements of pedestrians – a fleeting visual record of those who walked the path moments before.

Inspiration for the project arose solely from the two artists' interest in the contrast between the popularity of the pedestrian bridge, affectionately nicknamed by Tulsans "the Center of the Universe", and its lack of upkeep by the city of Tulsa. The two artists sought and secured financial support from non-profit UCAP, Urban Core Art Project and permission from the city. The goals for the project were to improve the site and delight visitors, around which all design decisions revolved.

Trace is the creation of two artists, Geoffrey Hicks and Grace Grothaus Grimm, both of whom share a fascination with the intersection of art and technology. The two artists jointly designed the project and executed its fabrication themselves under the financial support of non-profit UCAP, Urban Core Art Project. The two artists wrote custom code, designed the circuitry and cast each of the hundreds of LED pavers by hand. The entire process was a nearly year-long collaboration from inception through installation.

Trace is groundbreaking in that it is the first interactive electronic public artwork in the state of Oklahoma. A temporary public artwork it will remain installed through May of 2017.