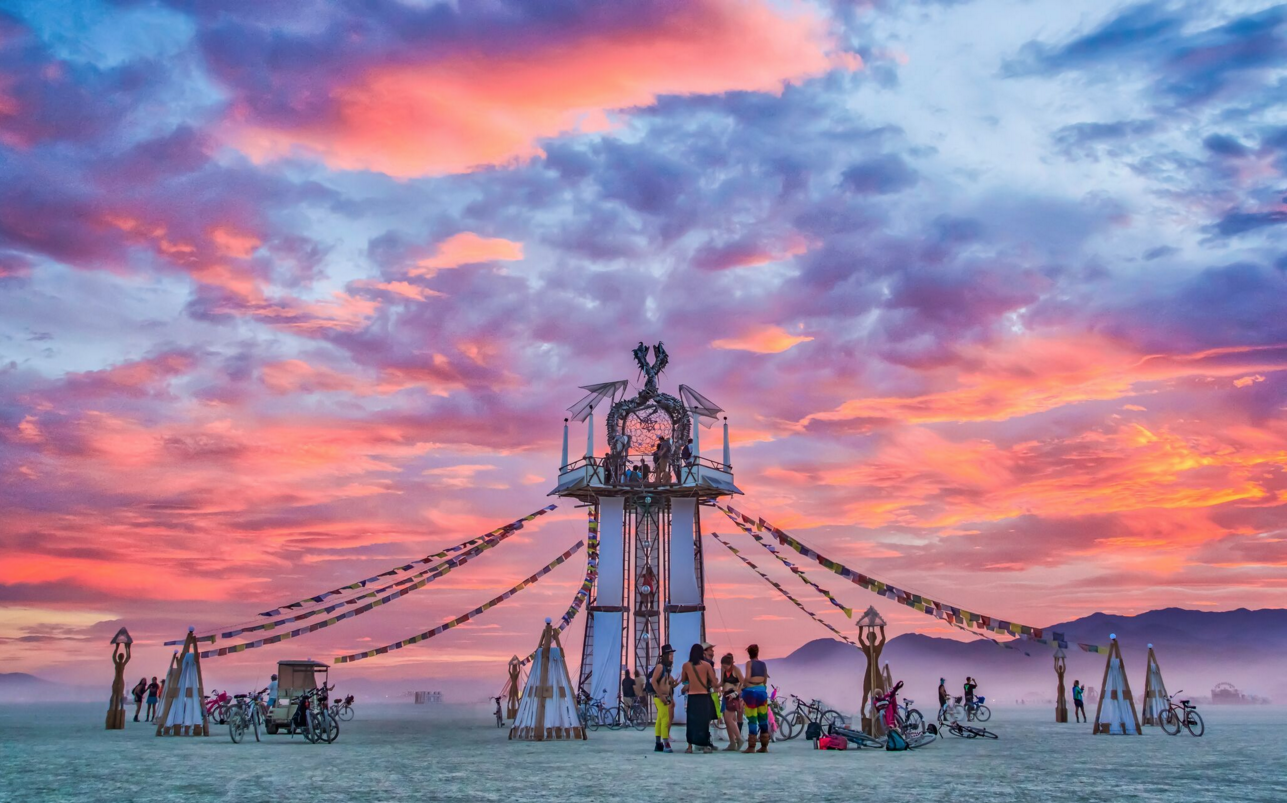 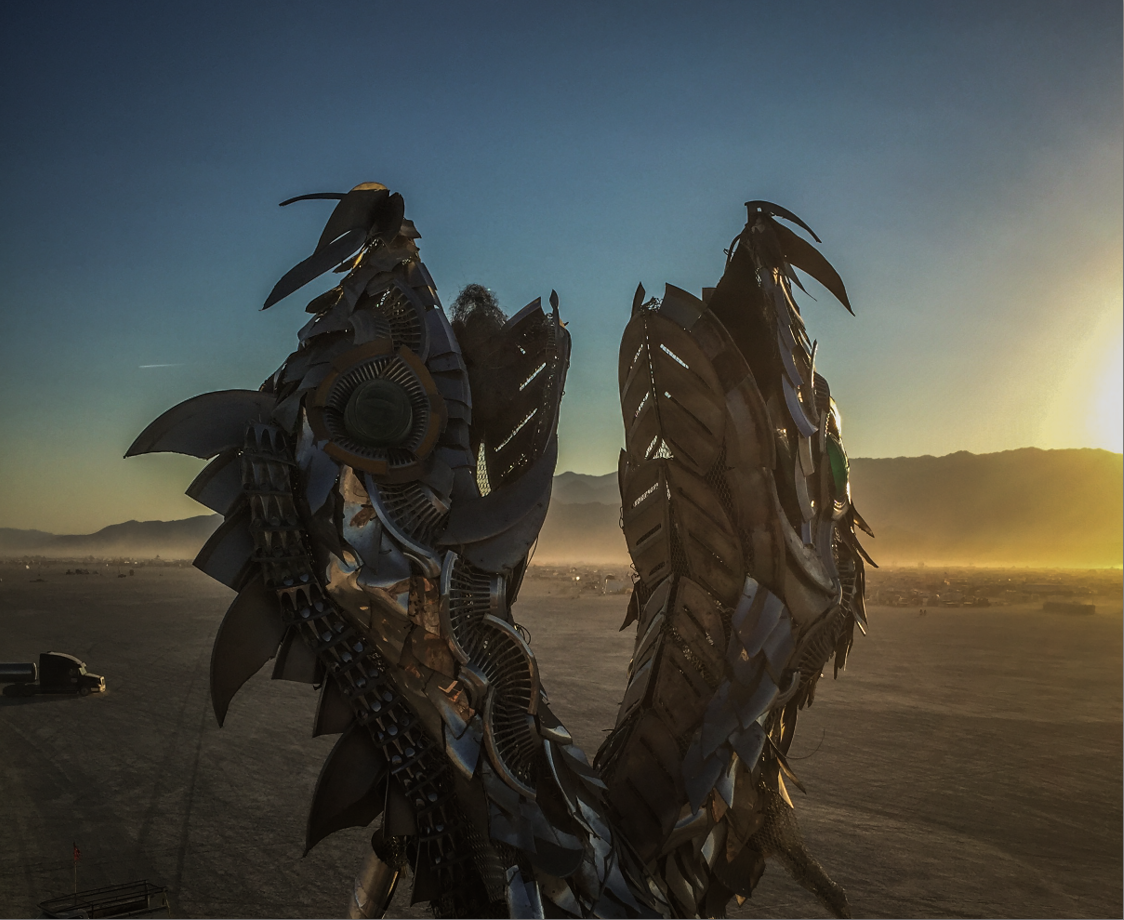 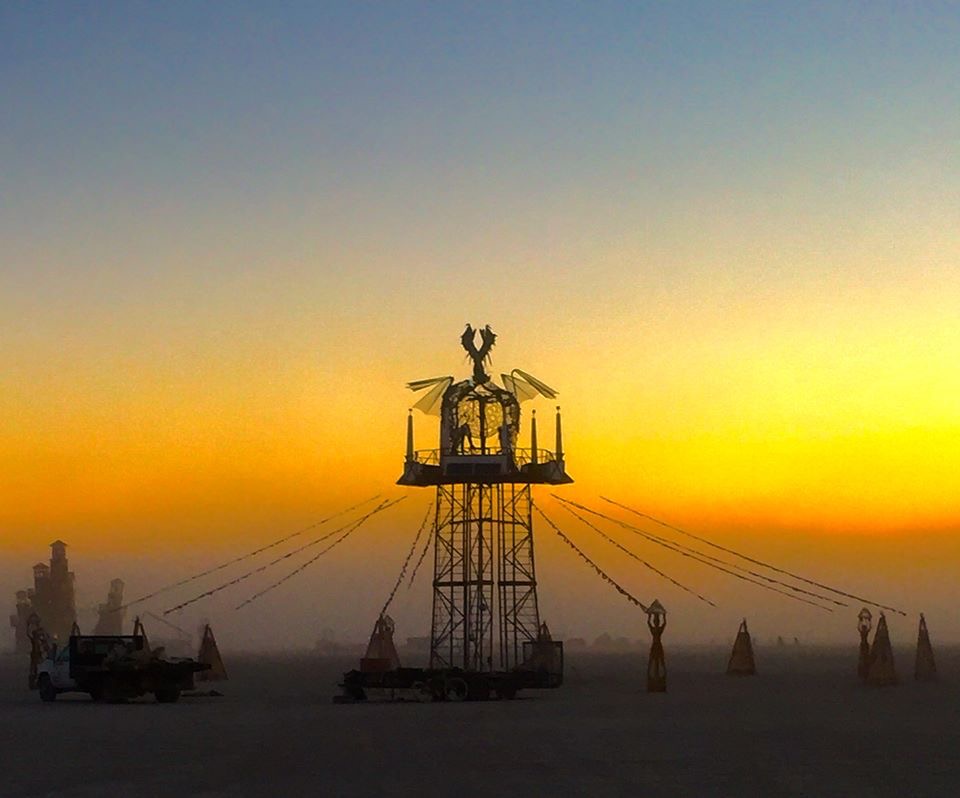 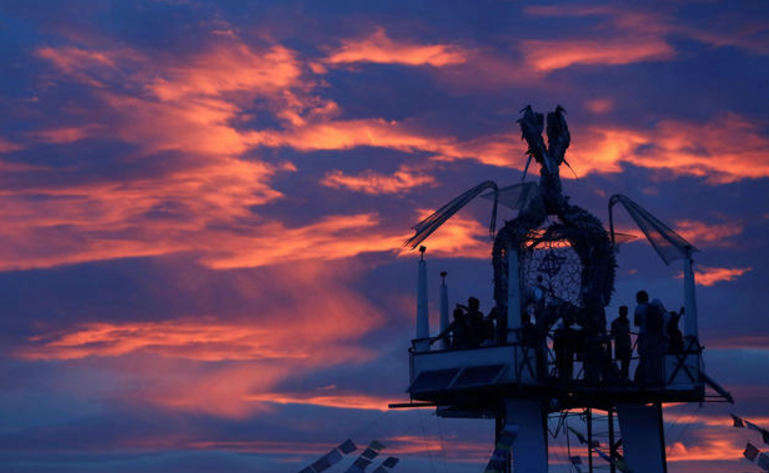 The Tower of Ascension is a 42' interactive tower. It has a three climbable legs and an observation platform at 25'. Going up from here is a floating sphere with two fire-breathing dragons crawling up it.

This was a self-funded project. The final product turned out 95% the way I intended.

The project was mostly under my control, although there were people on the team who contributed greatly to the overall presentation. For example, Rasha, a fellow designer and artist suggested the prayer flags which was a huge addition to the feeling of the piece.

Creating huge artworks is what I am all about. The bigger the better, I feel art is about inspiring and creating huge pieces opens people up to a way of seeing the world they aren't used to, thus they get to see things differently and this excites me.