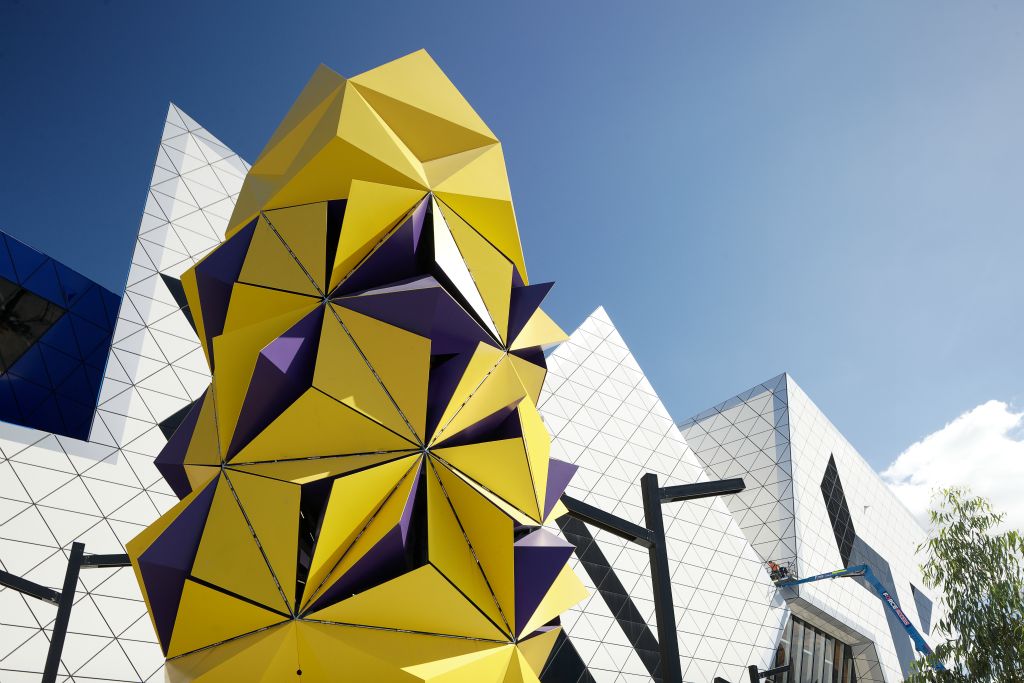 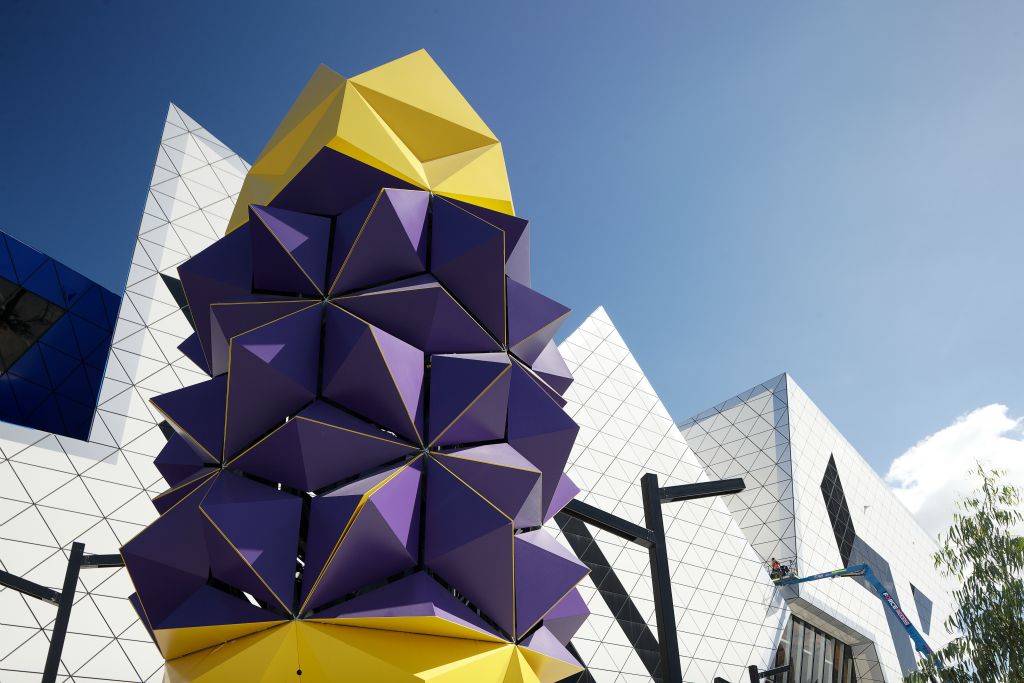 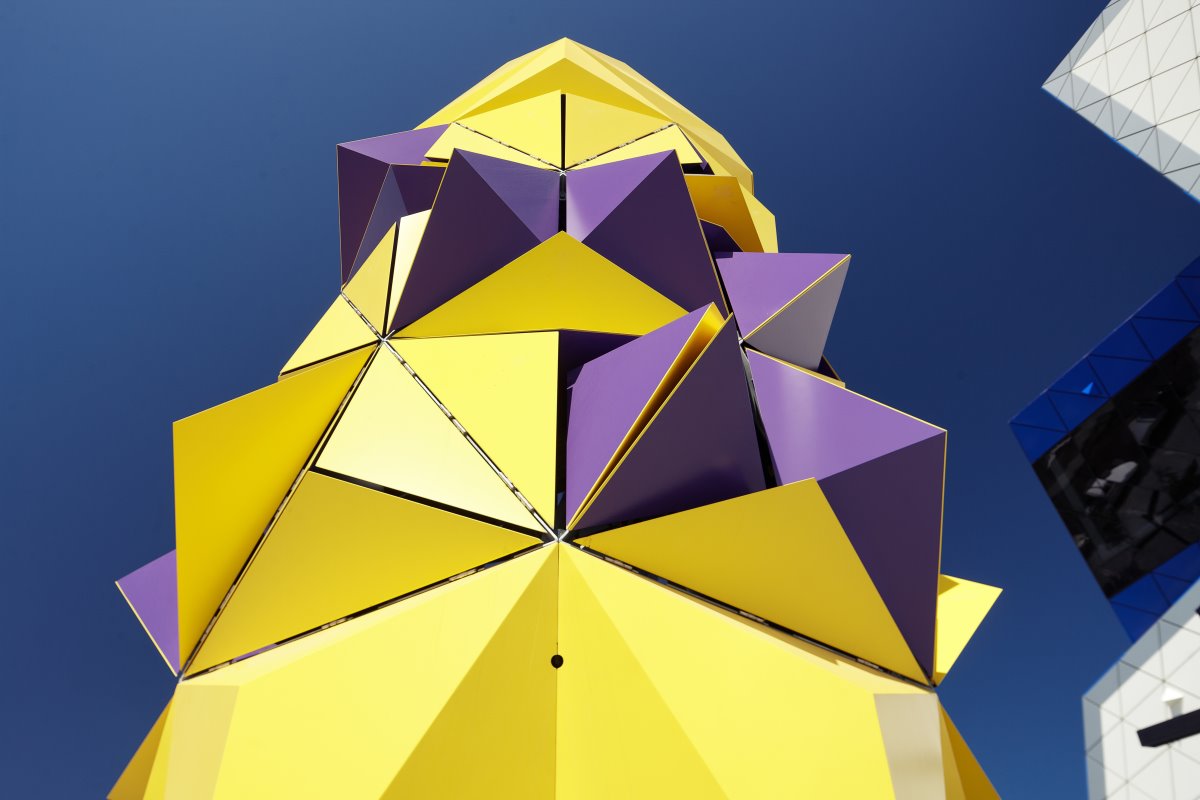 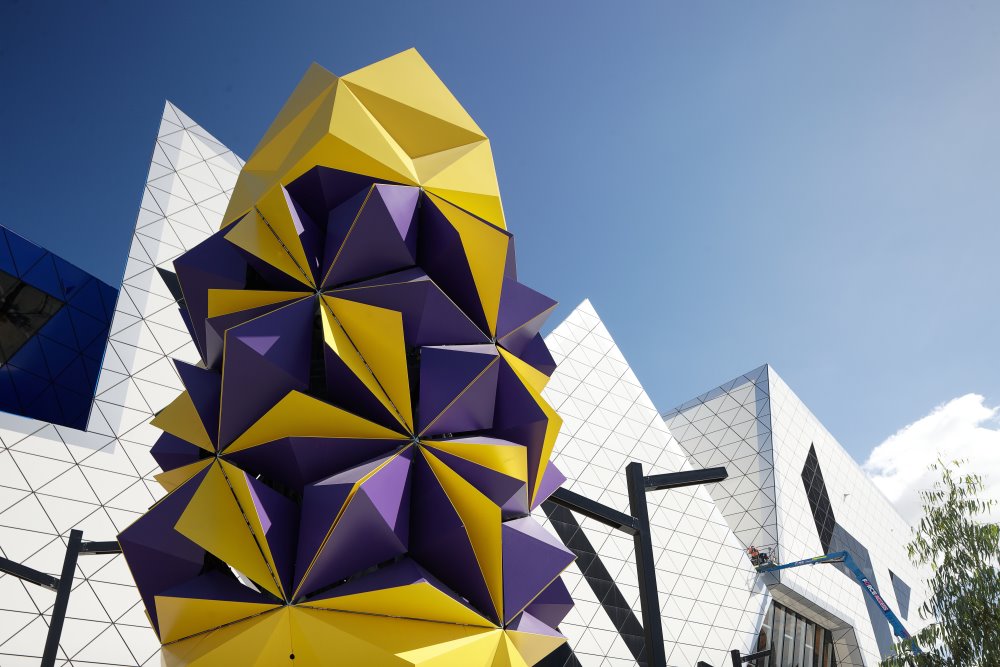 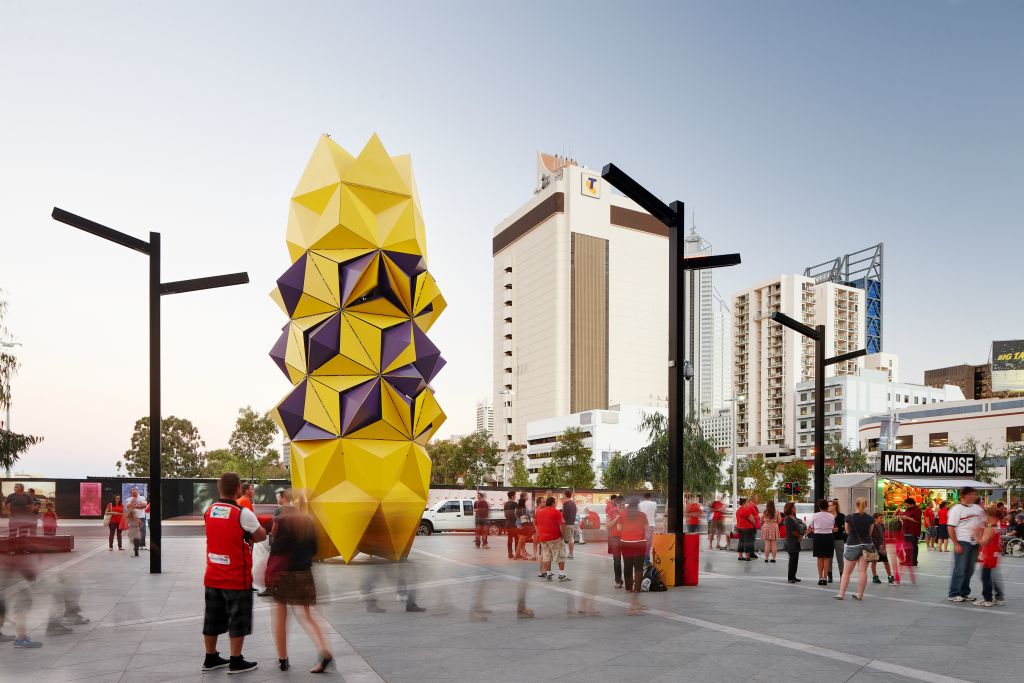 Totem / Translight, Robotics, Laser Projectors at Perth Arena
Totem is an interactive spatial robot some 11m in height. It has 108 reconfigurable petals and is able to react to pedestrian movement. Totem incorporates a laser projection artwork titled “Translight” that projects nightly onto the Eastern wall of the Perth Arena. Totem / Translight is a permanent public art commission installed at the Perth Arena. Totem has been nicknamed “The Pineapple” by the people of Perth.

The brief called for an independent free-standing artwork that would act as an iconic place-marker for its location in the central business district of Perth, Western Australia. The artwork shares a triangulated, tessellation motif with the building architecture as designed by by Ashton Raggart McDougal, but contrasts with it in terms of colour scheme and faceted geometry.

The artist was fully briefed regarding the design for the Arena and met with the Architects and Landscape Architects for the project. As noted the commission called for separately conceived response to the site from the artist. The artist hired his own engineer to certify the structural details of the sculpture.

At 11m high, 20T in weight, with 108 reconfigurable elements - Totem is the largest permanently installed interactive robotic artwork in the world