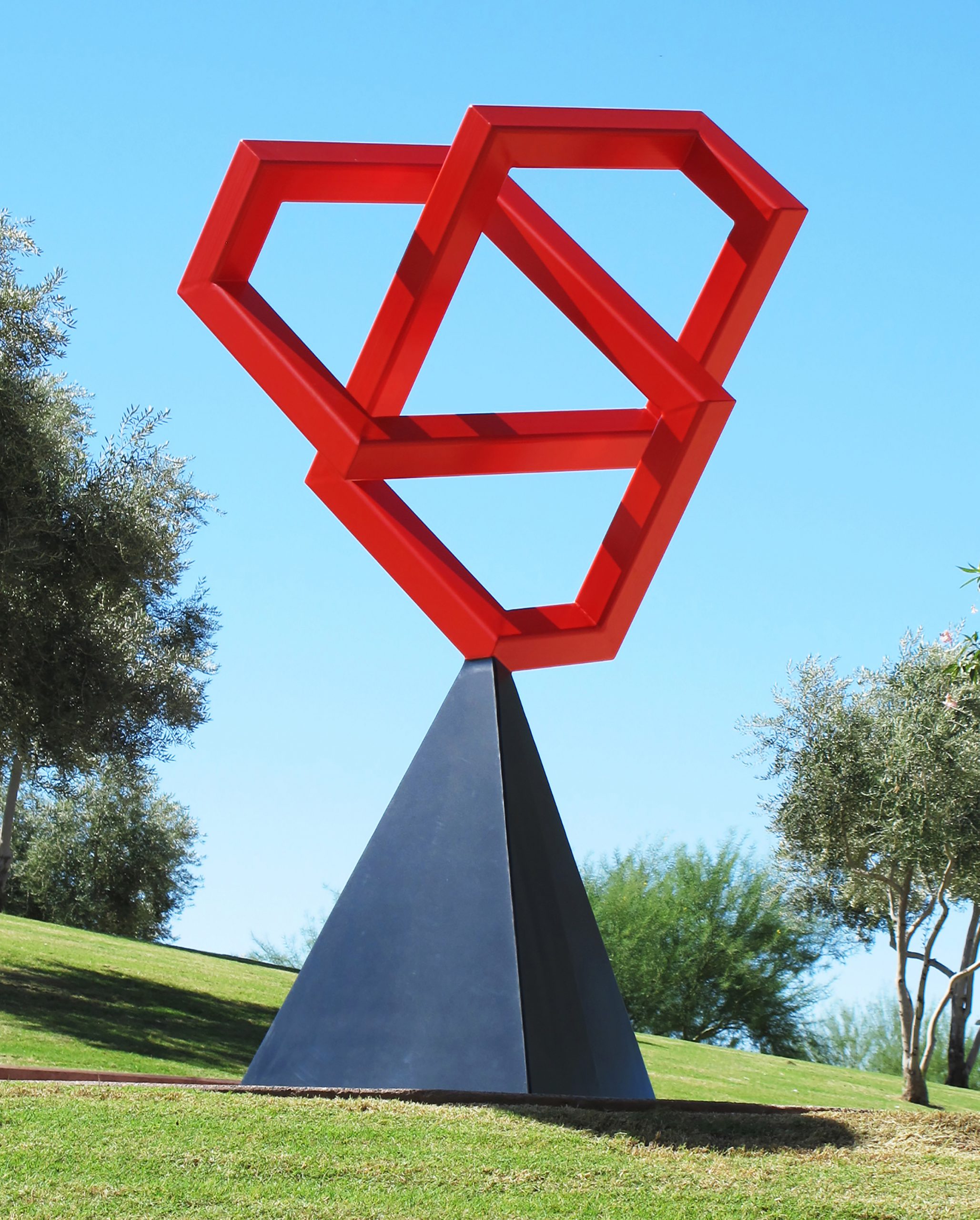 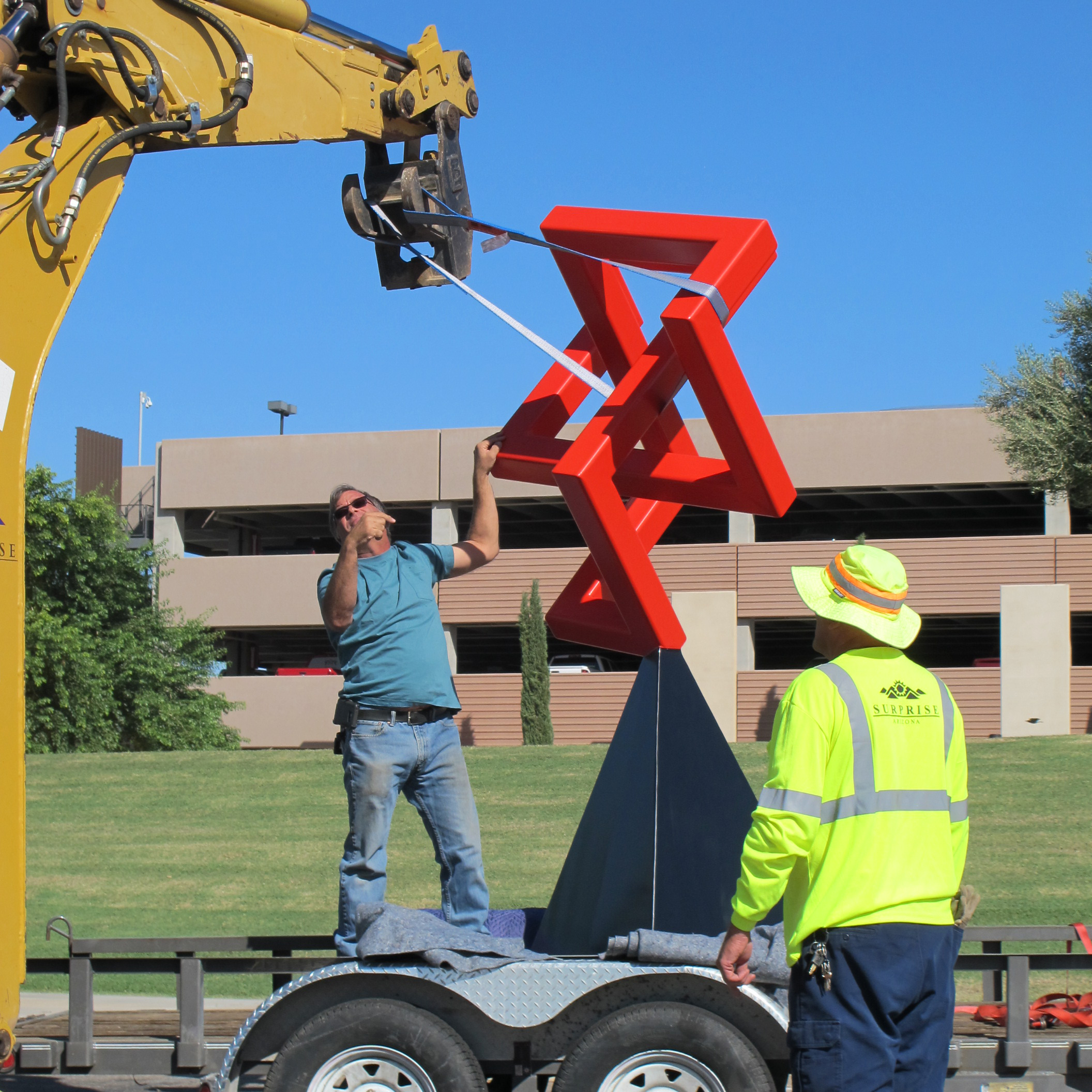 When someone purchased my sculpture Knot Me before the city of Surprise, Arizona, could, their municipal arts committee commissioned me to create Top Knot for the city's civic plaza. Top Knot (108″ x 56″ x 56″) is made of powder-coated steel.

The city of Surprise, a rapidly growing city in the Phoenix metropolitan area, wanted a dramatic, signature sculpture for a grassy knoll that faces city hall. Two members of the city's Arts & Culture Advisory Commission had seen my sculpture Knot Me and were eager to acquire for that area. Before their process could be completed, however, a Washington, D.C. organization purchased the sculpture. Accordingly, the city commissioned me to create a similar artwork.