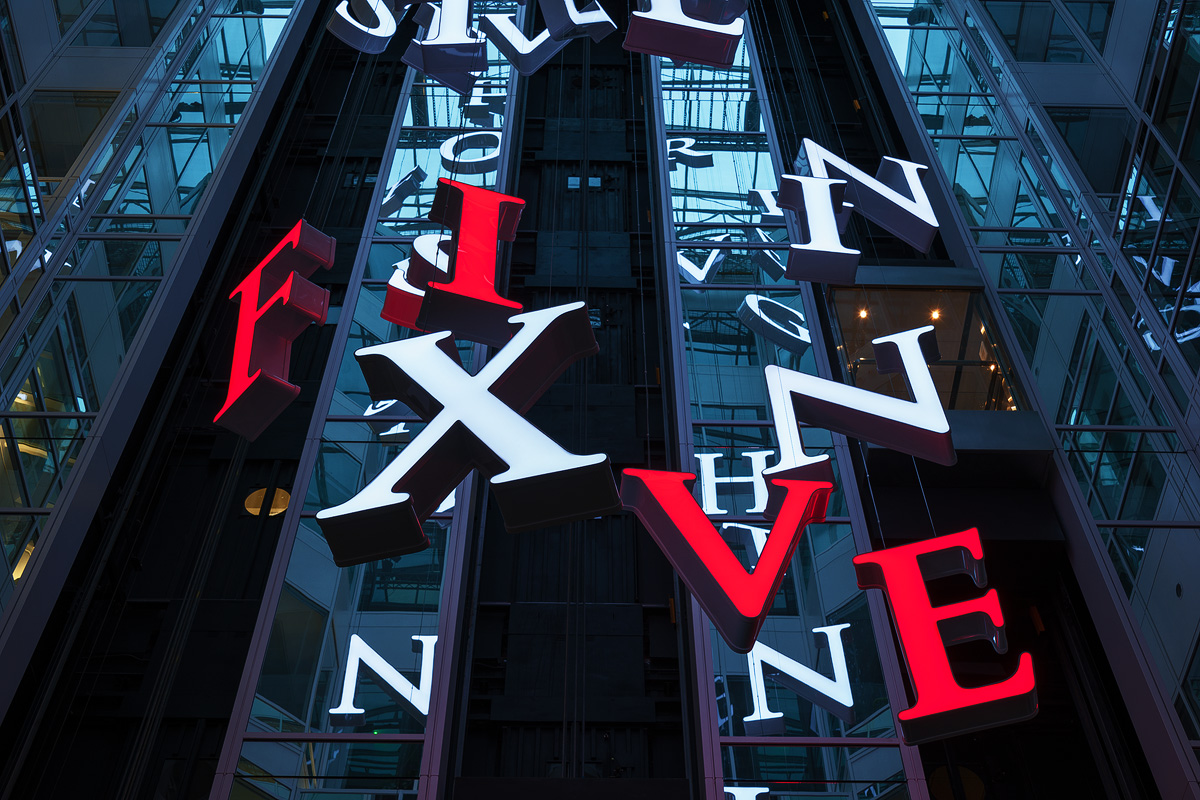 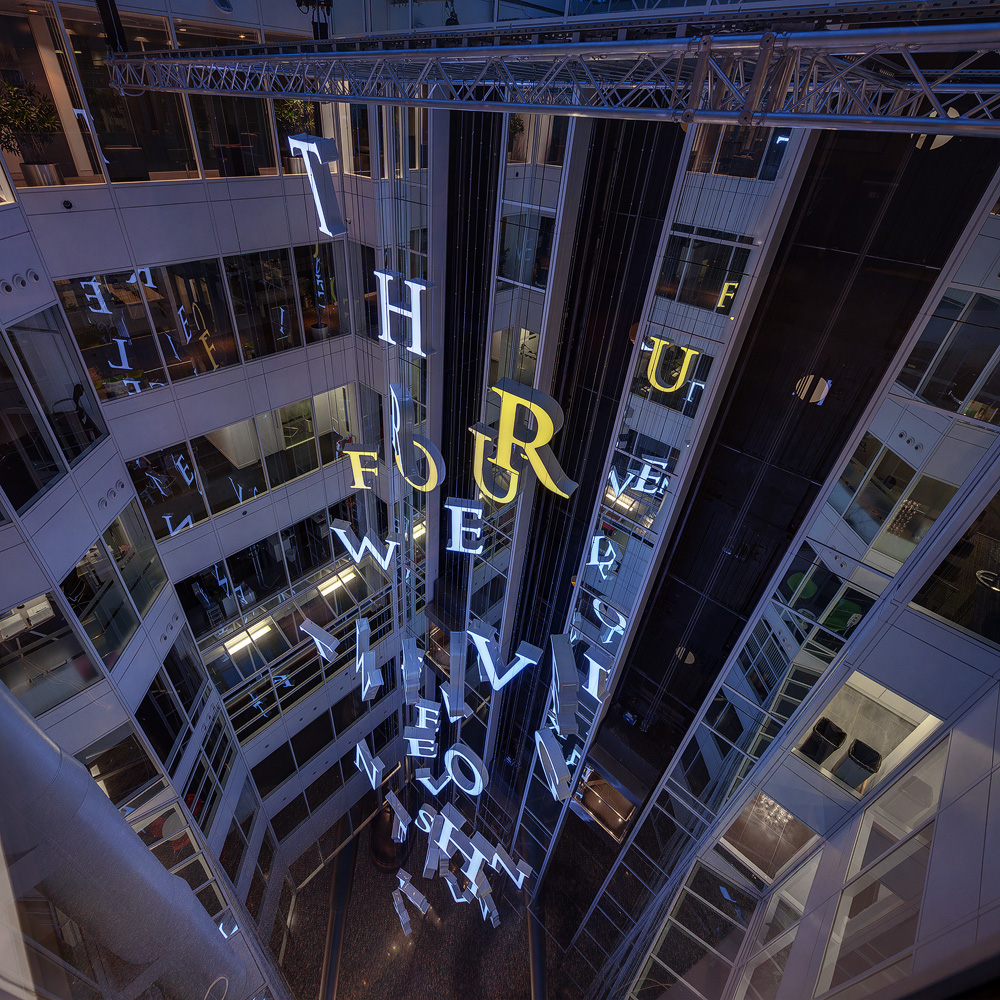 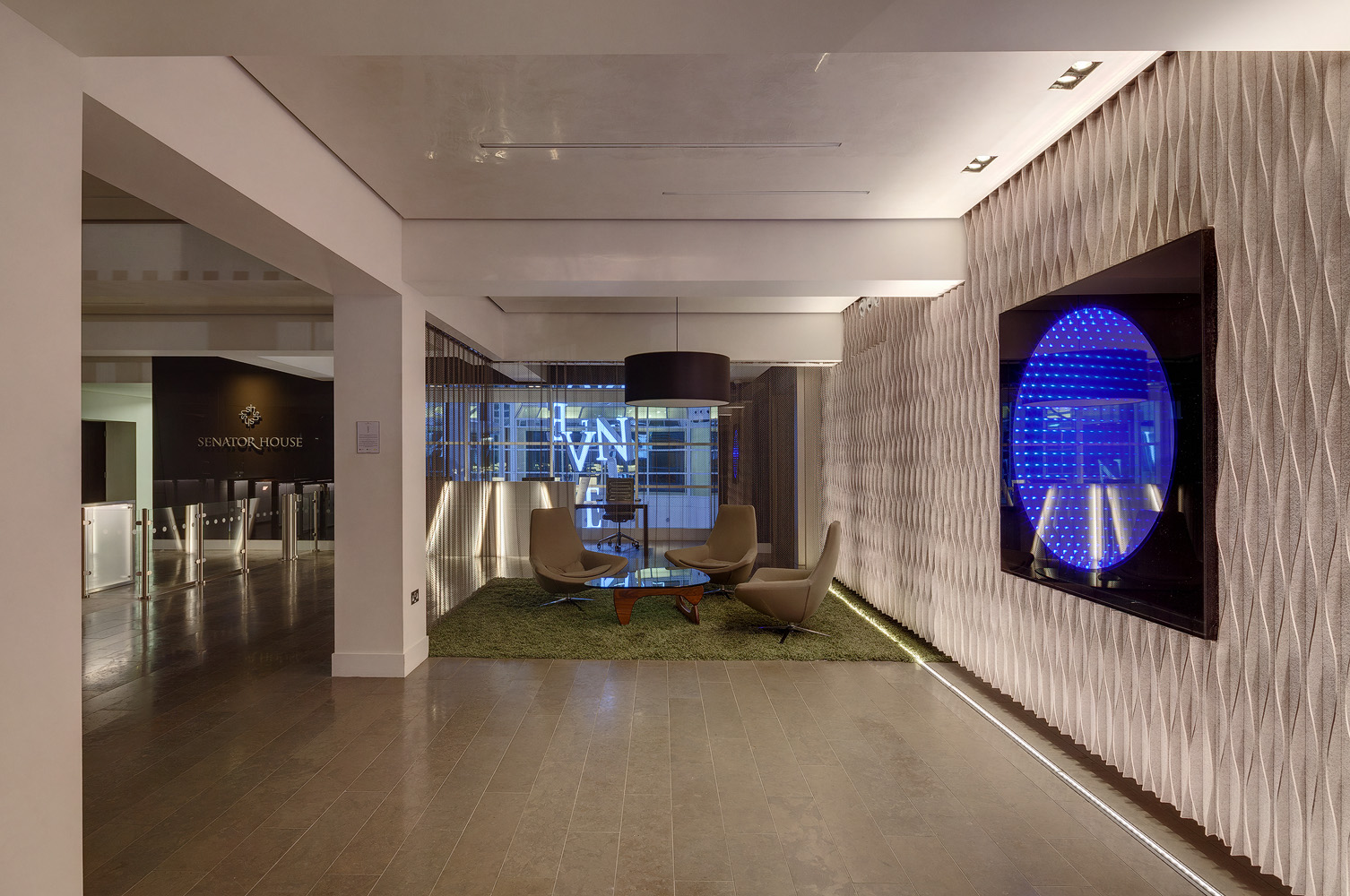 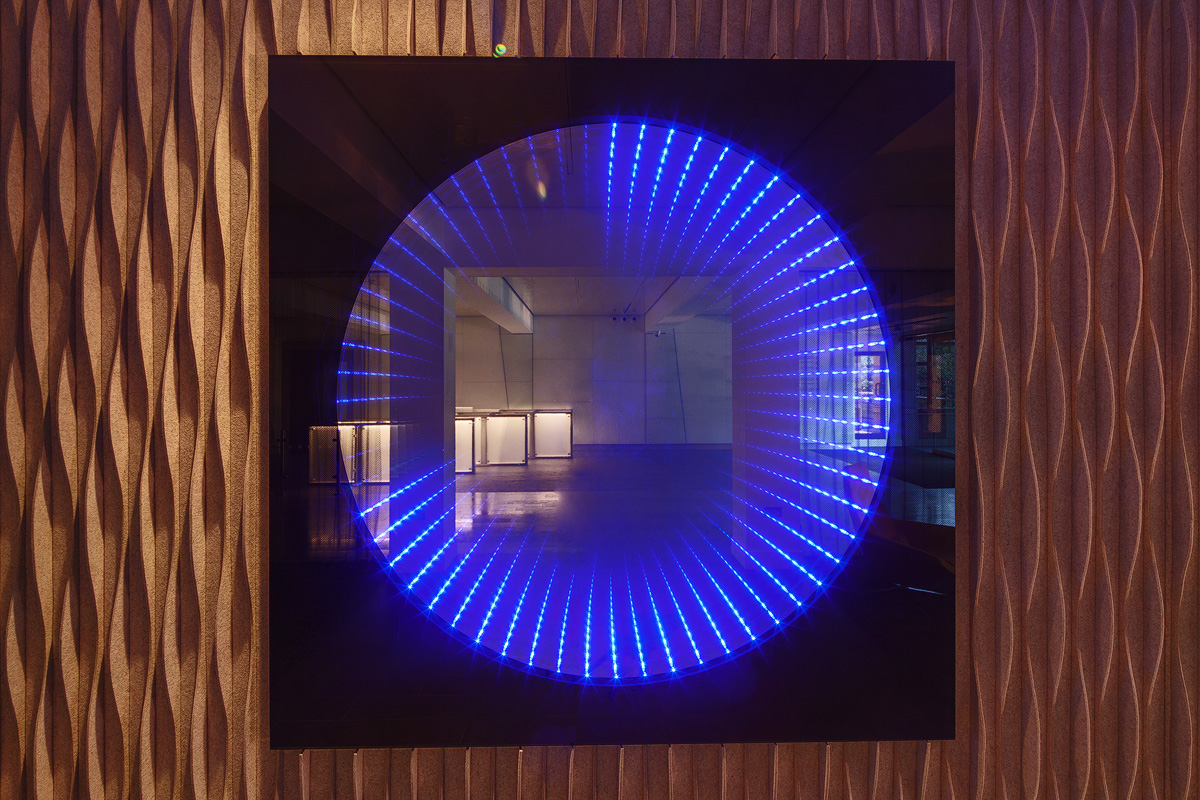 Investream commissioned Acrylicize to develop a site-specific installation that would help differentiate this central London property within the commercial market. This office tower now plays backdrop to a suspended digital timepiece which displays the time in London, New York, and Sydney, via 40 LED-driven large-scale letters hung from the atrium’s impressive 30m ceiling.

We chose to celebrate the 30 meter atrium and the history of the site upon which the building now stands. The installation draws inspiration from the location's heritage, being sited above Roman baths which were traditionally the center of society. They were a place where people gathered for both social and business meetings. The format of the suspended text is thus reminiscent of the steam and conversation rising above the site. Alongside Timeless is a second installation, Timed, designed by Acrylicize and made by acclaimed lighting designer Ben Rousseau. This accompaniment stands as the focal point of the reception area and portrays the corresponding minute and second hand to Timeless' suspended hour hand. These two connected installations transform the whole building into one giant timepiece.

Acrylicize led the design of this installation and created the bespoke typeface for the letters in-house, inspired by classic Roman scripture. Specially designed software was also programmed in order to illuminate each letter according to the time. Acrylicize's long-standing partnership with Ben Rousseau, and with their preferred fabricators & installers 'Sign of the Times' were invaluable as the parties worked to achieve appropriate and affordable design solutions for this challenging space. Ben Rousseau has since joined Acrylicize in-house, and Sign of the Times continues to collaborate extensively with Acrylicize on a global scale.