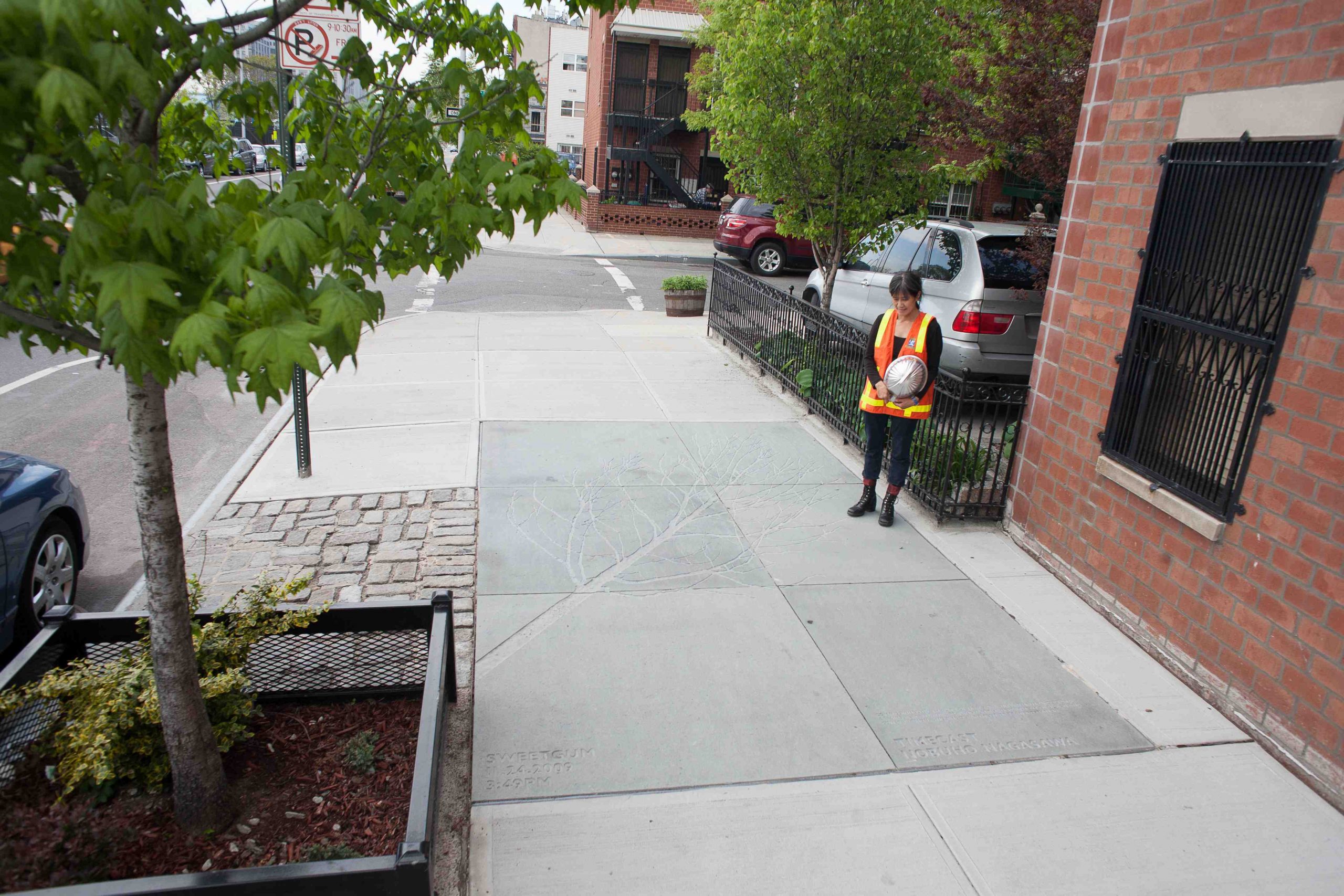 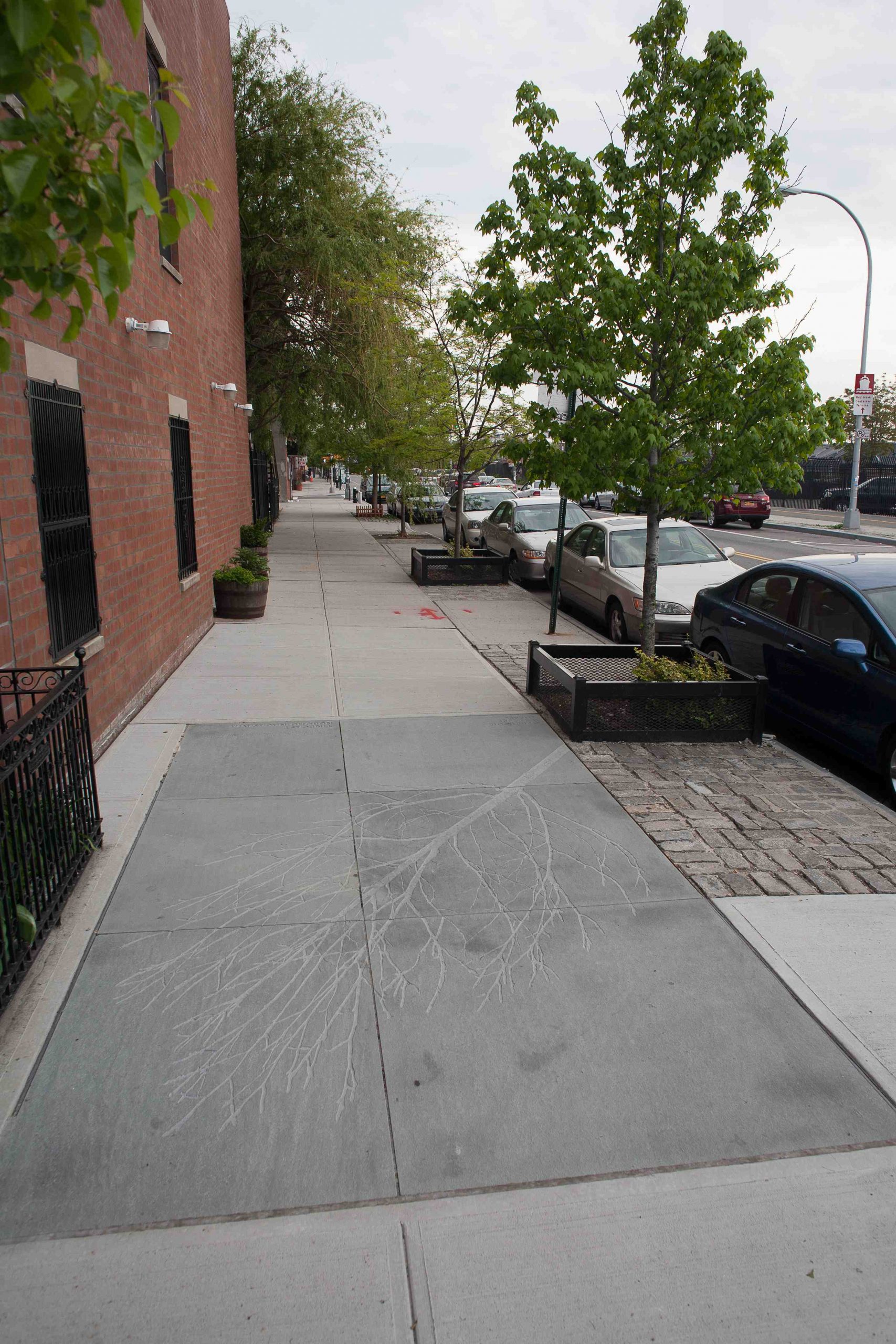 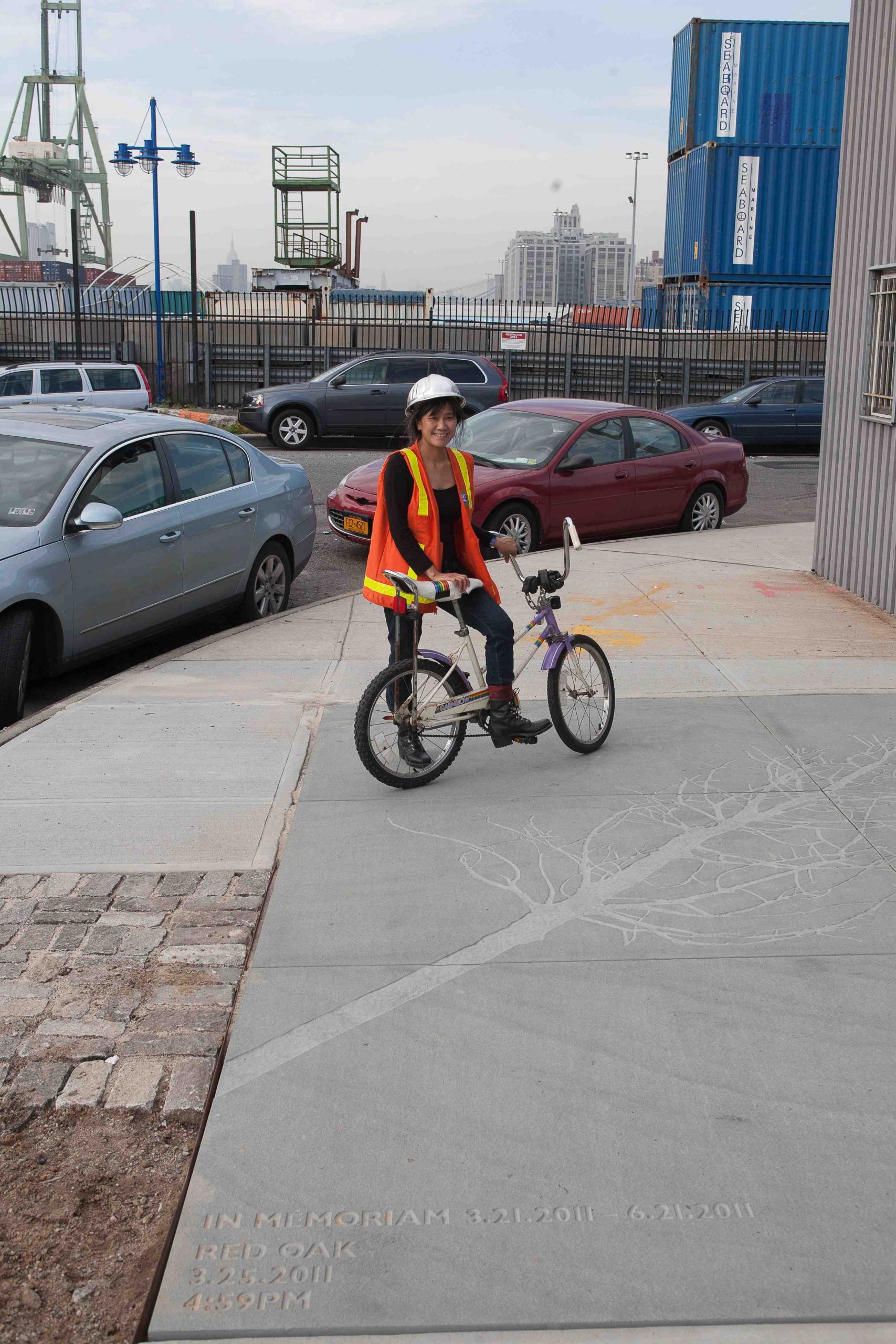 NYC Department of Design and Construction

The shadow of six trees was precisely traced at a certain time of the day on the bluestone sidewalk, and became visible as permanent silhouettes on the sidewalk. The tree silhouettes were sandblasted in bluestone quarried in New York, and has been used historically as a paving stone in this neighborhood, as well as in landmarked locations. I want the shadows to be literally “set in stone,” and to appear as “jewels” set in time, and to give the impression of time frozen, which is a historical record.

Incorporated into the DOT’s reconstruction of Columbia Street, “Timecast” was funded through the Percent for Art Program and its installation was overseen by the Department of Design and Construction (DDC). The installation is a component of the Brooklyn Waterfront Greenway Initiative which connects the waterfront from Greenpoint to all the way Sunset Park, including Columbia Waterfront District. The blue stone was fabricated and sandblasted by Brooklyn-based Ottavino Stoneworks and DDC made sure to repour the concrete surrounding the blue stone, so as to ensure an undisturbed visual flow.

In her artist statement Nagasawa said that by planting native trees and etching the traced shadows onto the New York stone, the project aims to memorialize local history. As the young trees grow they will become a “fixed marker of change” in the evolving neighborhood and will inspire people “to think about their own presence over time.”

"I want the shadows to be literally "set in stone," and to appear as "jewels" set in time, and to give the impression of time frozen, which is a historical record. Since the trees will not continue to cast the same shadows as they grow taller, the shadows will become fixed markers by which the effects of time on the streetscape become apparent as the years pass. " - Nobuho Nagasawa