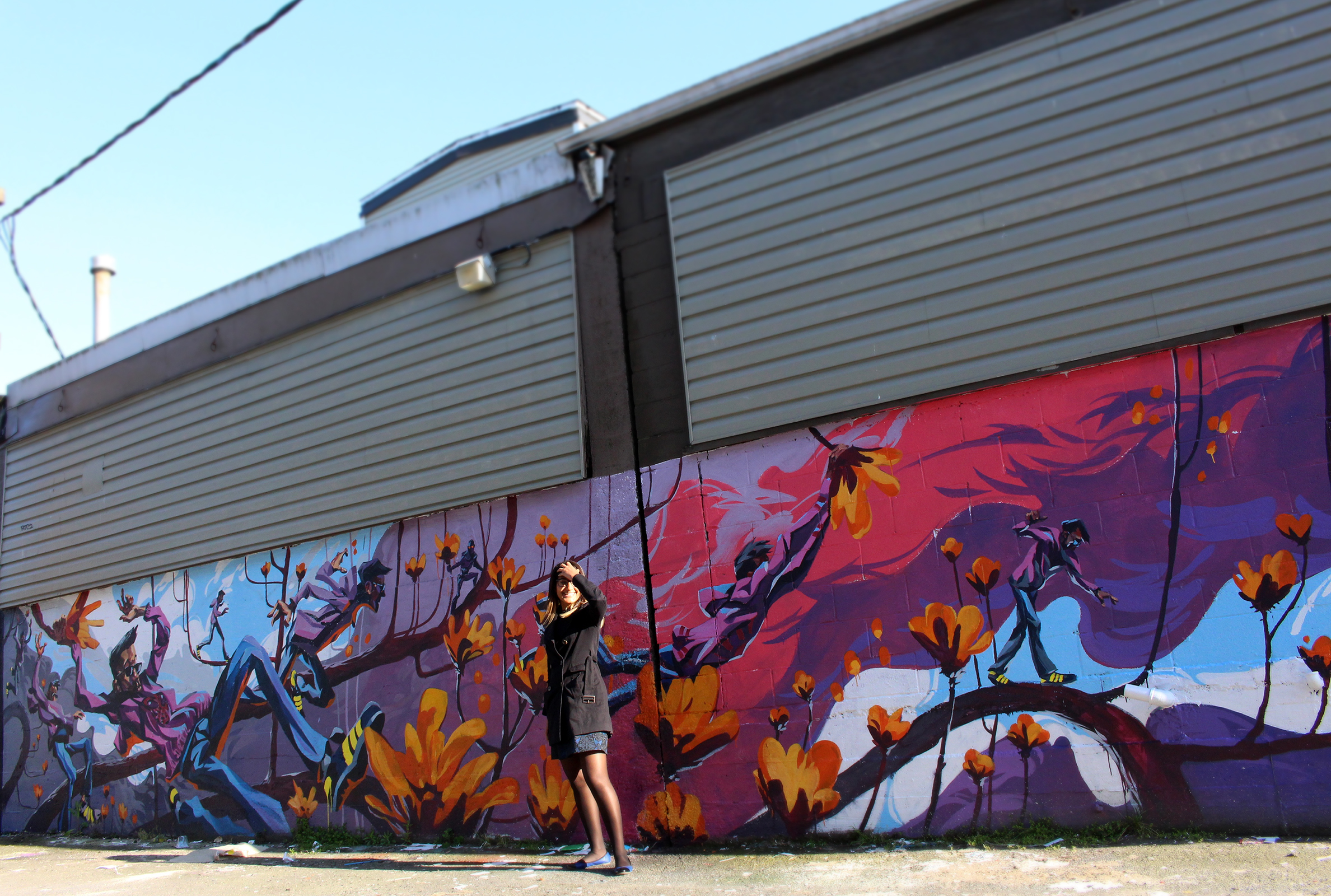 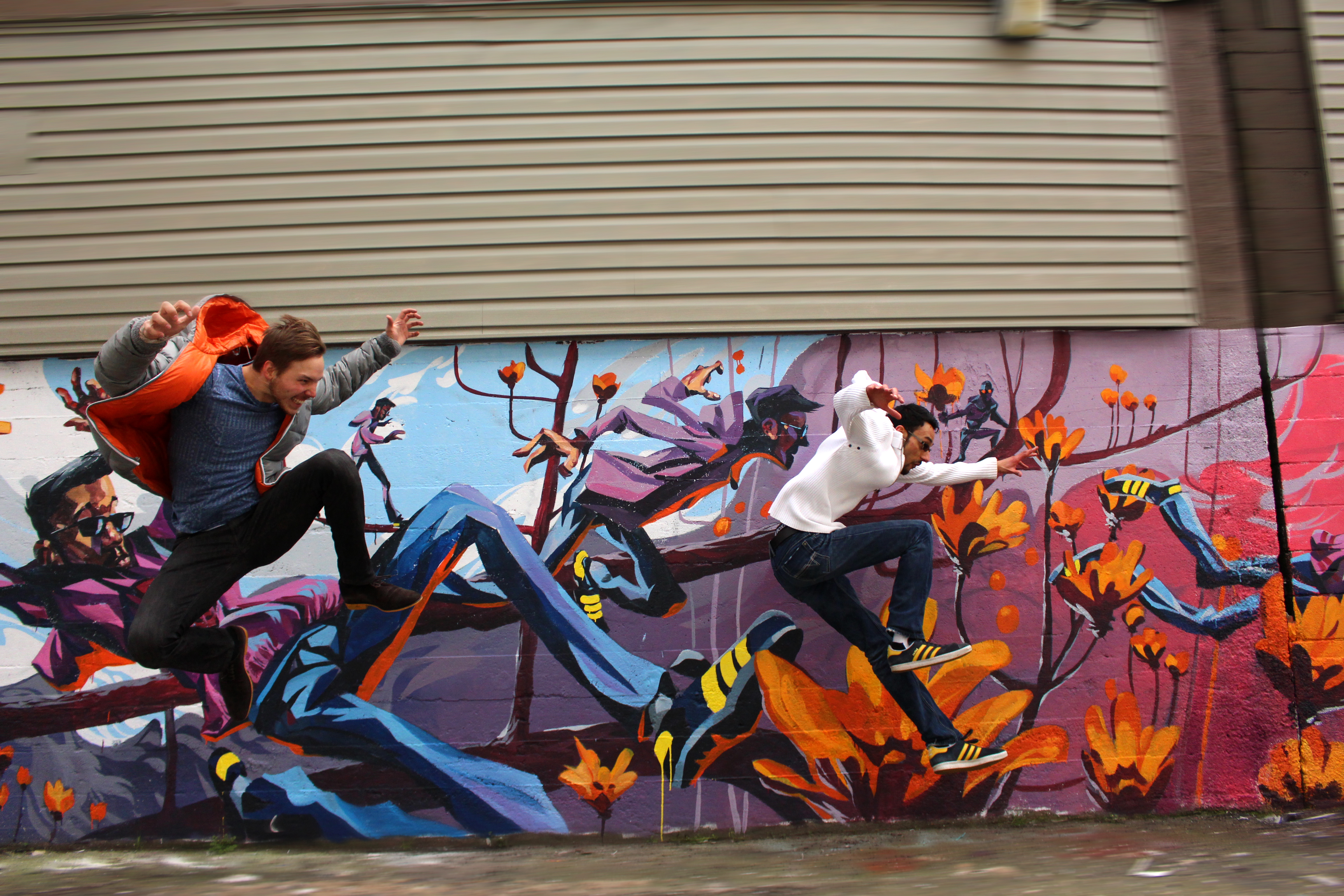 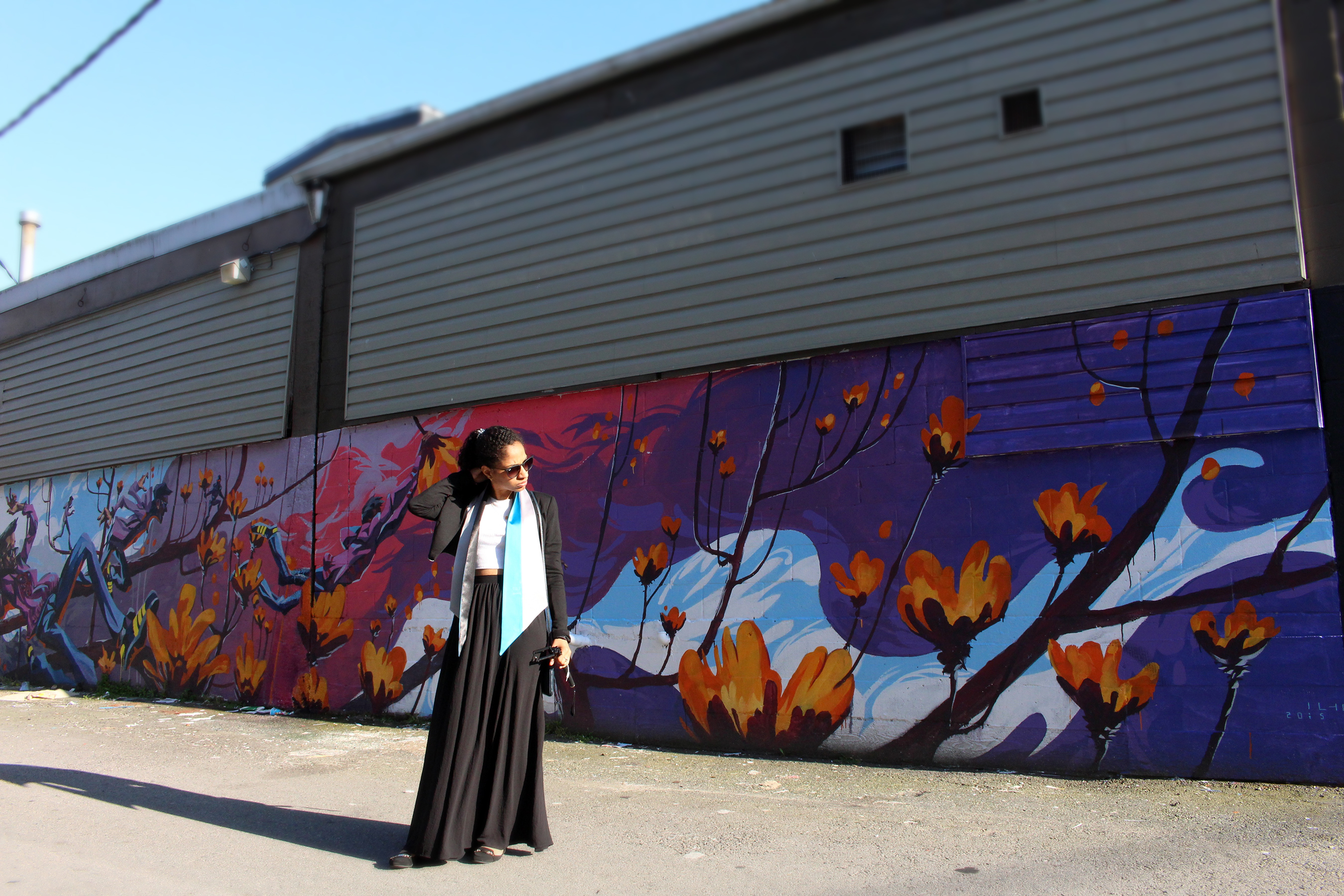 This is a 49 foot wide mural I have painted using exterior house paint that is located between 3d and 4th Avenue on Columbia Street in Vancouver. Originally I named this piece – “Through the Cracks”, because just like weeds that weren't supposed to grow from the asphalt, people somehow manage to overcome adversities and outrun themselves and others to reach success. But “Spider-Man” was added as an homage and a nod to one of my good friends who is the model in this image, and also the biggest fan of Spider-Man I know.

I have been hungry to do a mural of my own after completing a wall with my studio-mates, so from the beginning it was important to me to find a great space. Ultimately I ended up choosing an area very close to me - the back alley of my studio space. My hopes were that by bringing color to the bland, tagged walls, I could turn them into a more positive space and by doing so, get people to take better care of the area. I only realized that later, but it was also important for me to integrate my design into that exact area to make art present where you may not expect it to.

I was the only one working on this project from beginning to end, but in my process I do make sure to spend a lot of time on the initial design. I have been finding it more and more important as I am getting further along in my art career. It all started from a sketch, and in order to get finer details I have gotten one my friends to pose for me, who ultimately became the main motivation behind this piece.