Third Bank of the River - CODAworx 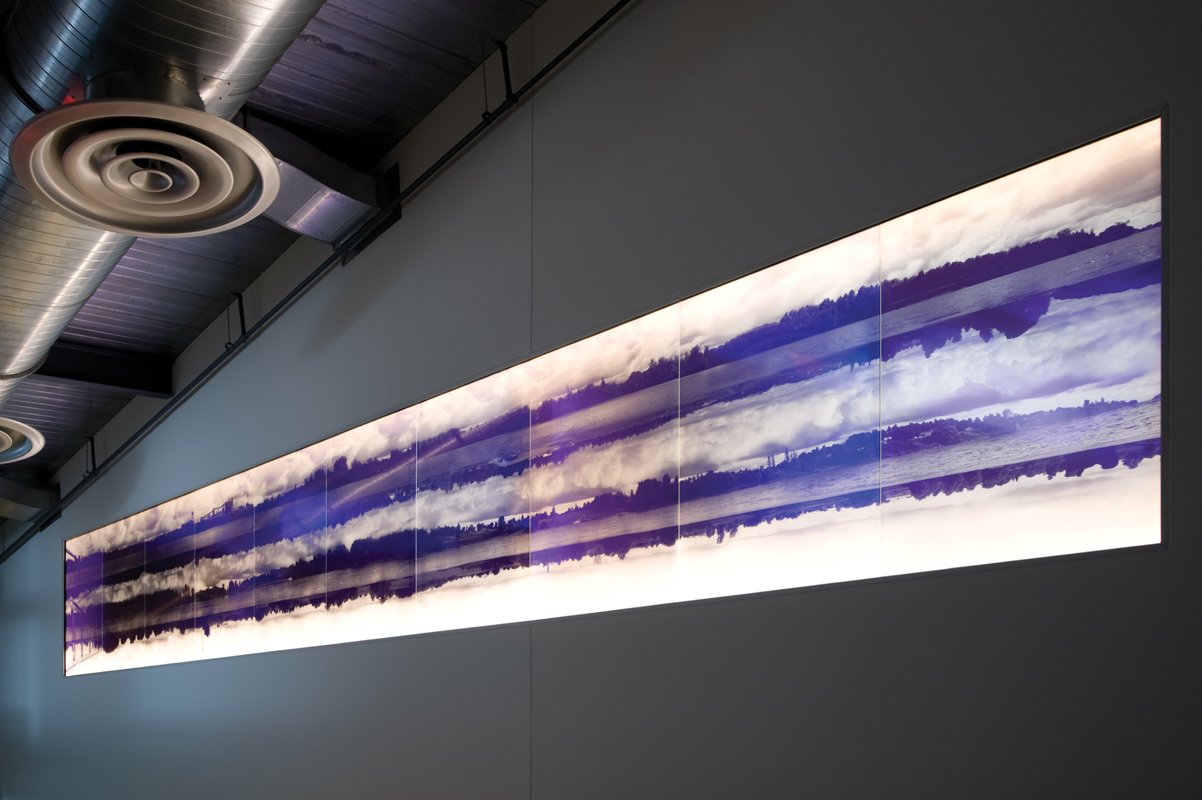 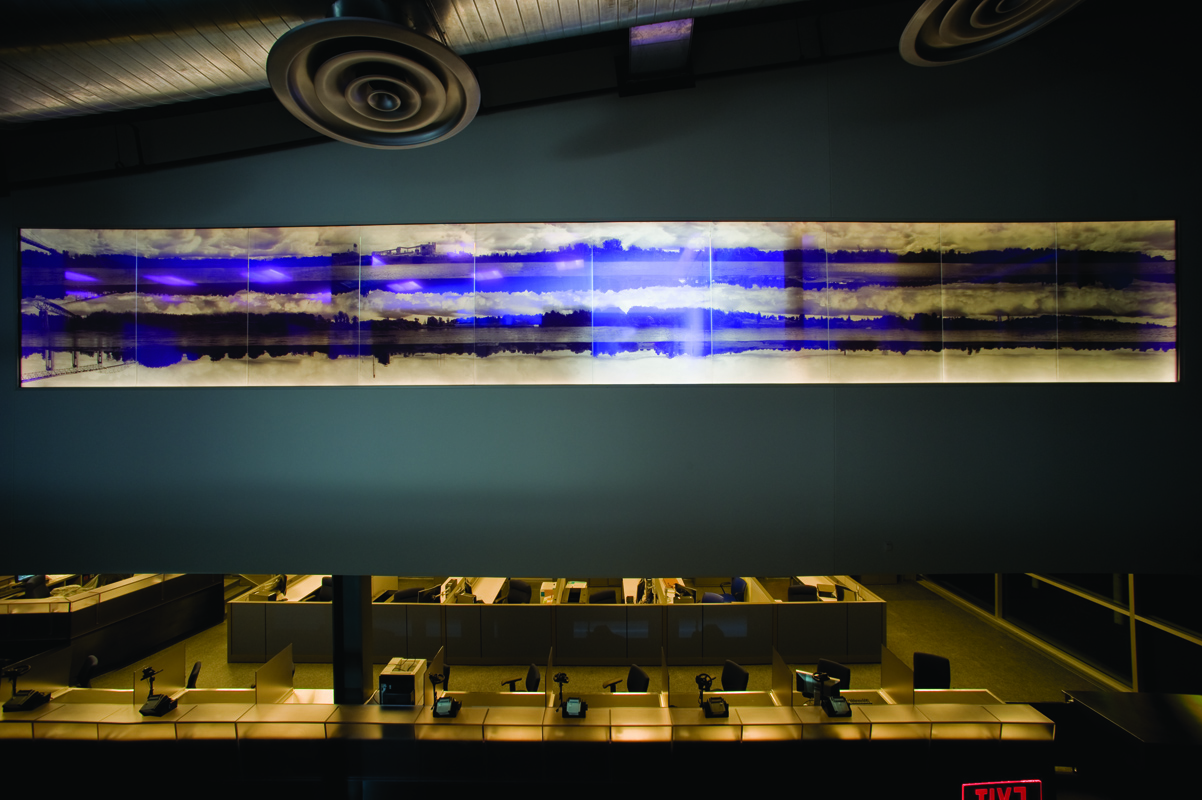 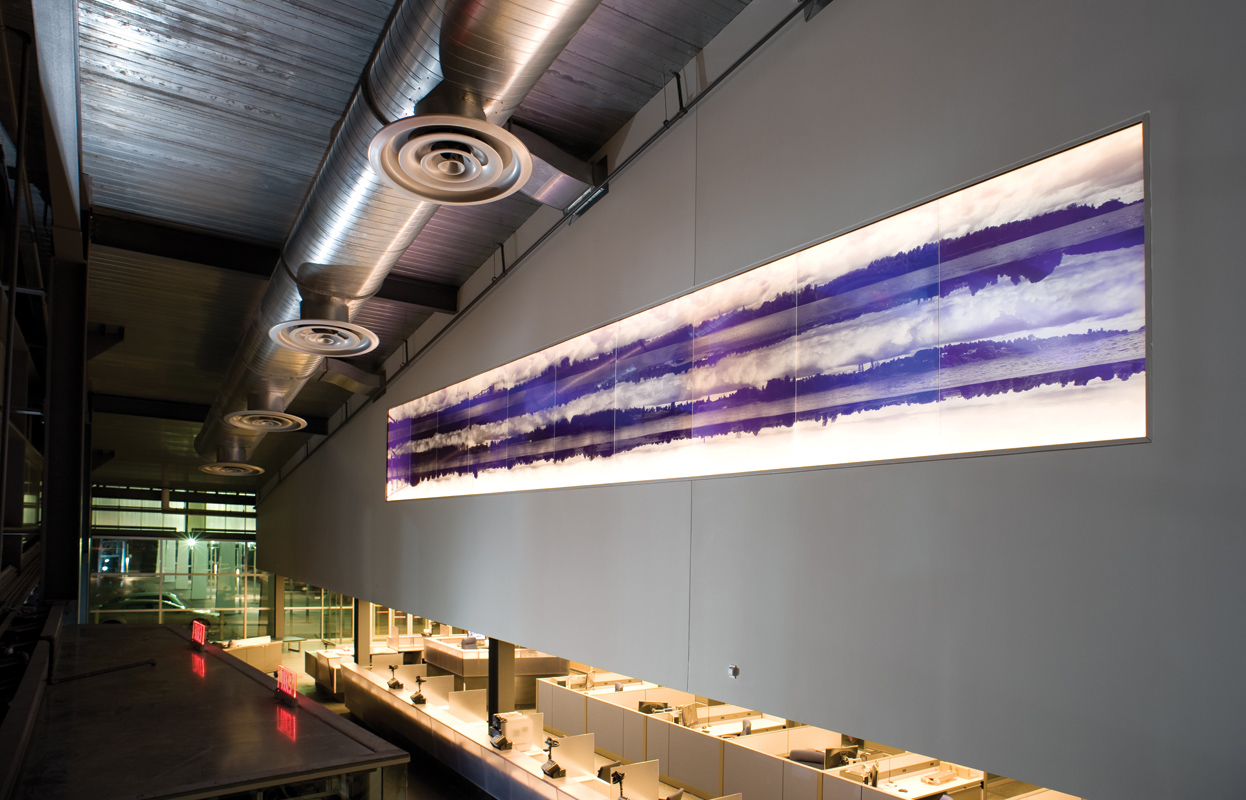 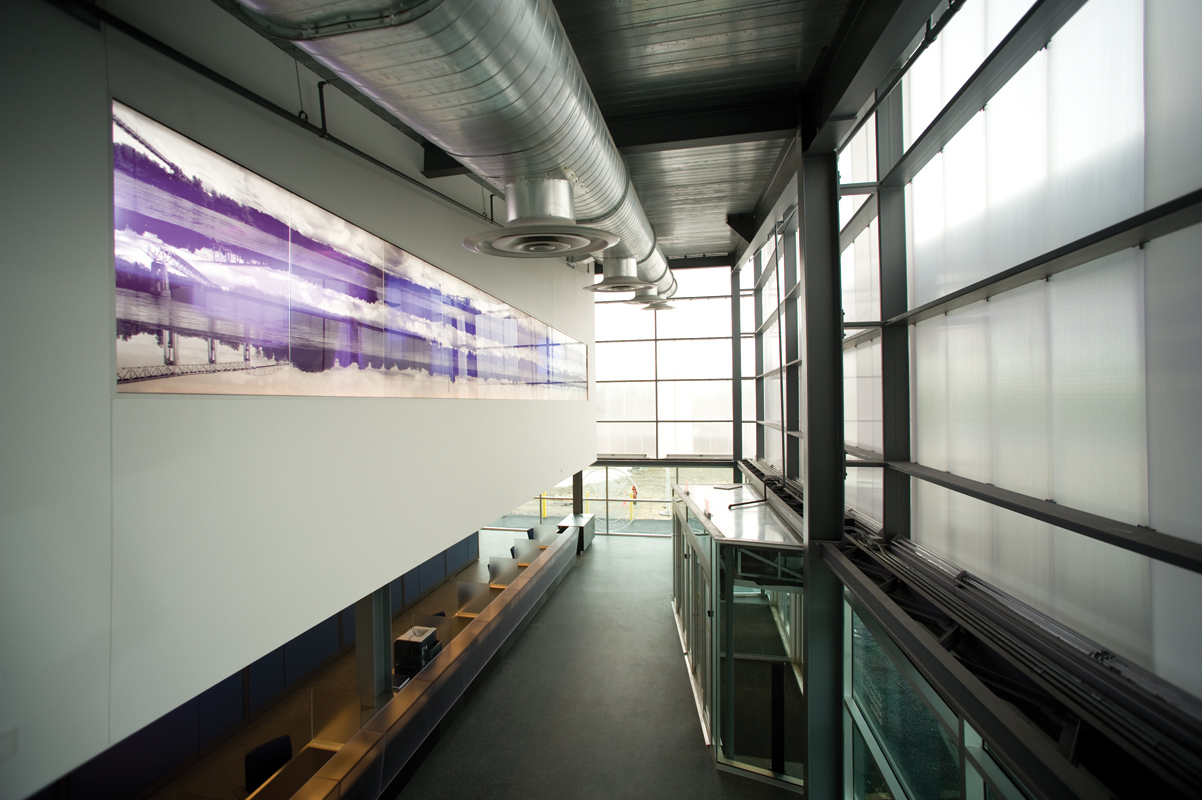 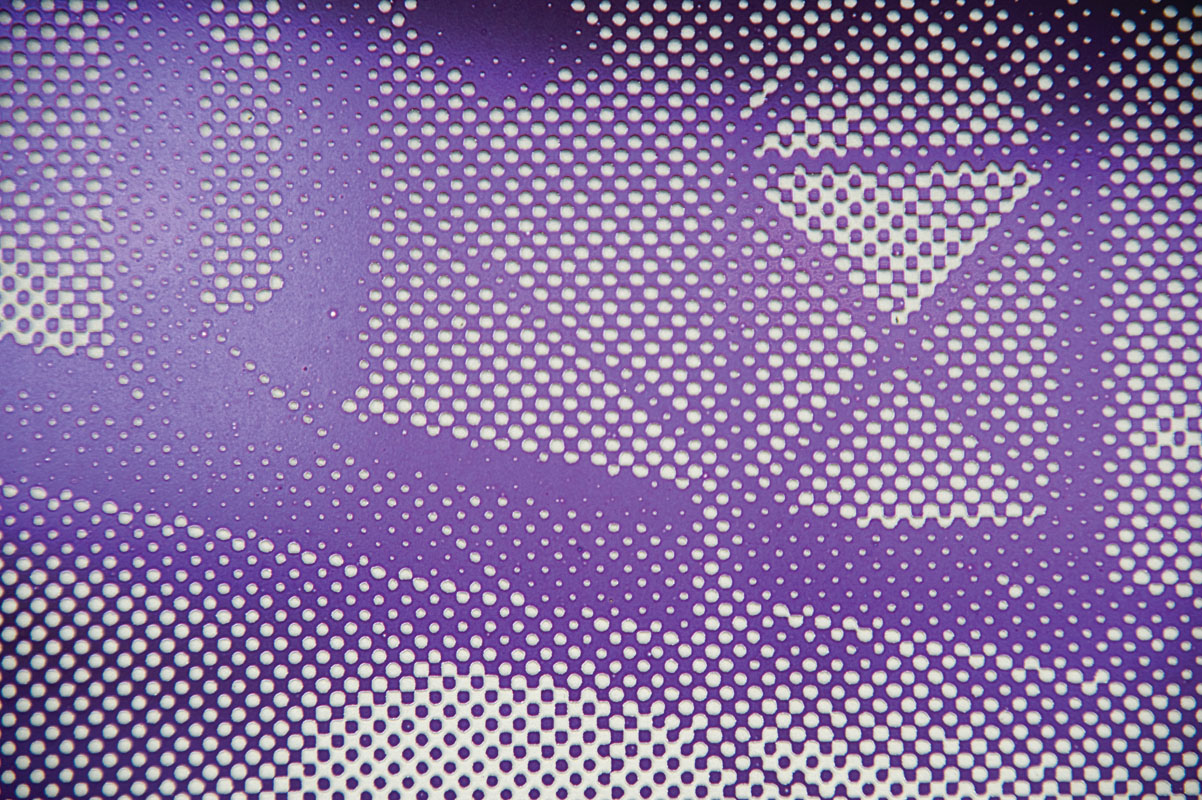 Third Bank of the River solved the multiple challenges of creating and siting a public artwork at a northern border station where security constraints, climate, and spatial issues limit placement and material options. At once an artwork and a window, Third Bank of the River is seamlessly integrated into its architectural setting, and provides not only aesthetic enjoyment but innovative security protection for port personnel. The window acts as a lens as well as a picture—affording views of the artwork from the public lobby as well as from private second-floor offices. And the artwork’s mixture of opacity and transparency is not only aesthetically pleasing but provides privacy and security for the Customs and Border Protection offices—personnel are shielded from public view while able to view the lobby below through transparent sections of the glass.

The project is the result of successful creative collaboration between the client, GSA, represented by Charlotte Cohen, Regional Fine Arts Program Manager; the artist; and distinguished professionals over a period of three years. During his research phase, the artist consulted with Rick Hill, Sr., an Iroquois cultural expert, and the local Akwesasne Mohawk community, major stakeholders in the project. The artist also collaborated with Smith-Miller Hawkinson Architects on integrating his artwork into their pre-existing design for the port, a process which continued from concept through installation. He also worked closely with the internationally renowned art glass studio, Franz Mayer of Munich, who helped him translate his design into glass and fabricated the ten-piece work. Since the artwork also functioned architecturally—as a window in port offices—the process also involved consultations with project lighting designer Claude R. Engle, project engineers Arup, and architect Martina Decker.

A synthesis of cultural traditions, Third Bank of the River is a digital composite of the local landscape. It depicts, in a stacked and mirrored arrangement, pairs of opposing shorelines at the international bridge, and references the Two Row Wampum, which signified—through two rows of purple beads and three rows of white—a 17th-century treaty between Iroquois and Europeans. They symbolized the parallel paths of the native canoe and the European ship, and the customs of each group, which were to be reciprocally respected. In 2010 the work received a GSA Design Award and Public Art Year in Review.