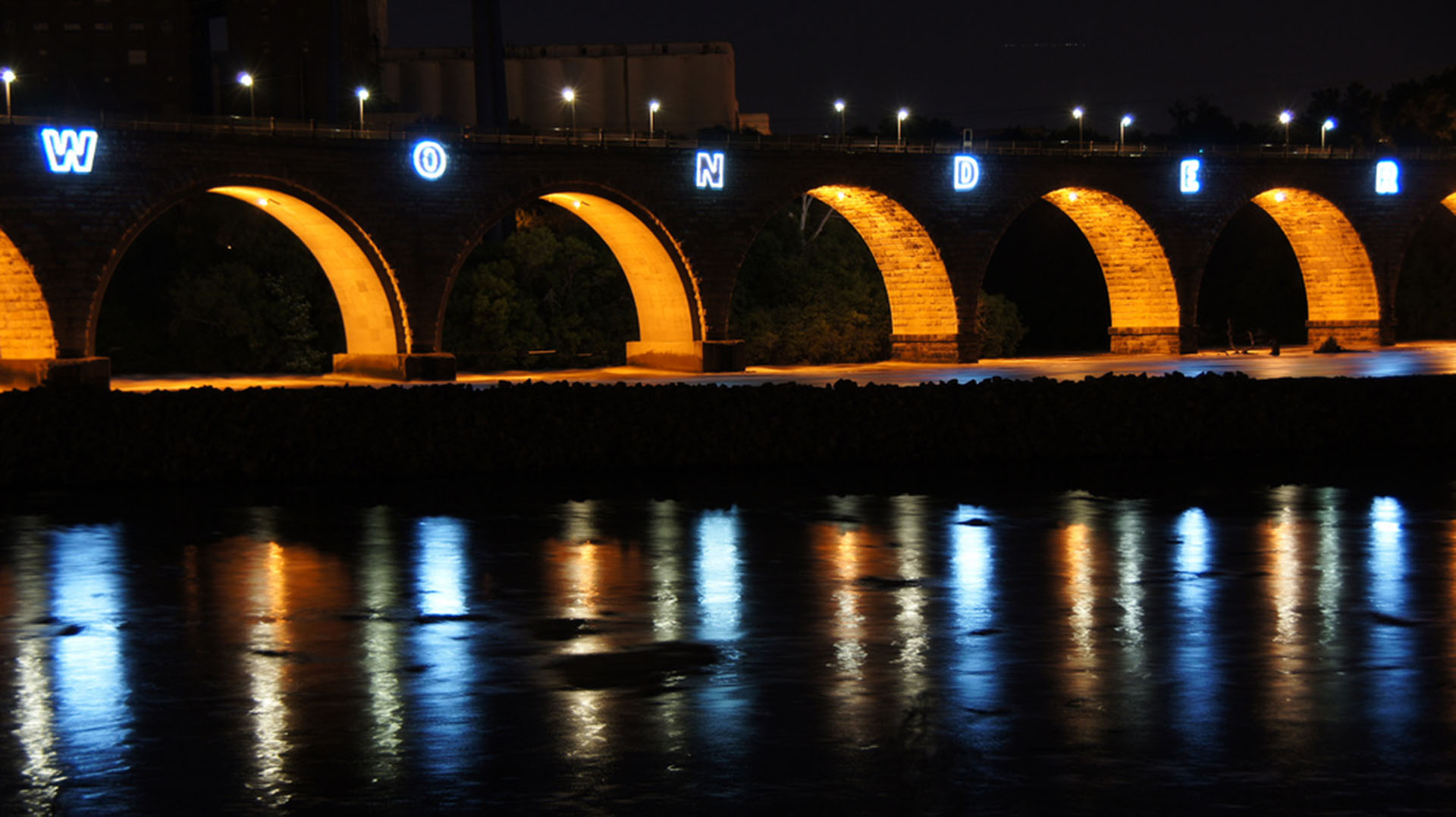 Made in conjunction with the Northern Spark Festival 2012, this Dr. Seuss quote illuminated both sides of Minneapolis’ historic Stone Arch Bridge for one week in June. The phrase became the theme of that year’s events. The project consisted of 28 letters, each 8’ tall by varying widths, spanning the outer walls of the 2100’ long bridge and could be seen from both the east and west banks of the Mississippi river.

I was approached by the Northern Spark Festival Director Steve Dietz, to propose a project for the Stone Arch Bridge. I designed THINK AND WONDER specifically to fit the architecture of the bridge and highlight it's naturally dark spaces. My goal was to create a specific mood and feeling for the night of the festival and translate this by turning not just the bridge, but the urban landscape, into it's own theme park.

As the artist and designer of this piece, I worked closely with many individuals to make it all possible. Randy Johnson, former editor of American Woodworker Magazine, graciously volunteered his time and facilities to cut each letter using a CNC Router. The Northern Spark festival staff assisted with city permitting as well as electrical issues. I also hired my own small crew of four to help with the week-long installation of hanging of each letter over the bridge.

This piece was funded, in part, by the Minnesota State Arts Board, through the arts and cultural heritage fund as appropriated by the Minnesota State Legislature with money from the Legacy Amendment vote of the people of Minnesota on November 4, 2008. Additional funding made possible by the generous supporters of the THINK AND WONDER, WONDER AND THINK Kickstarter Campaign.