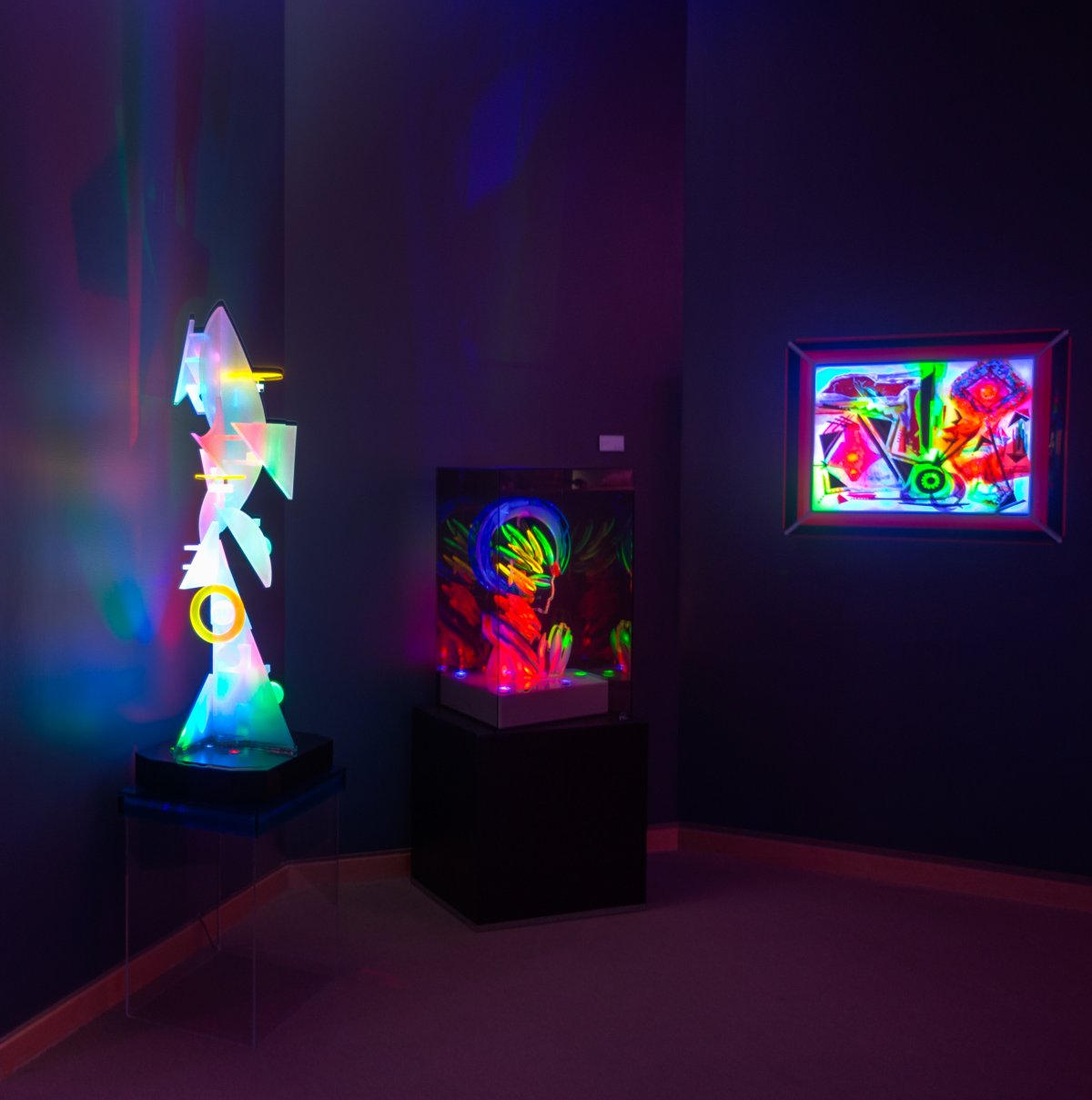 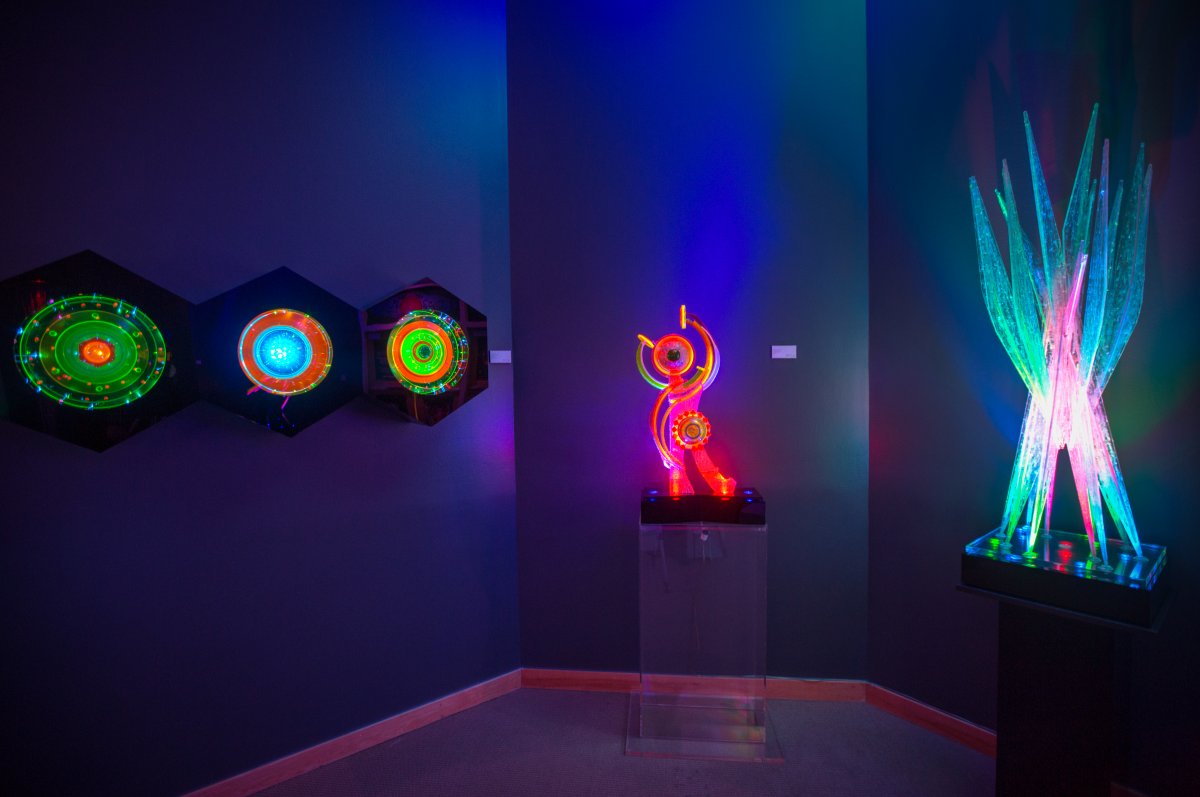 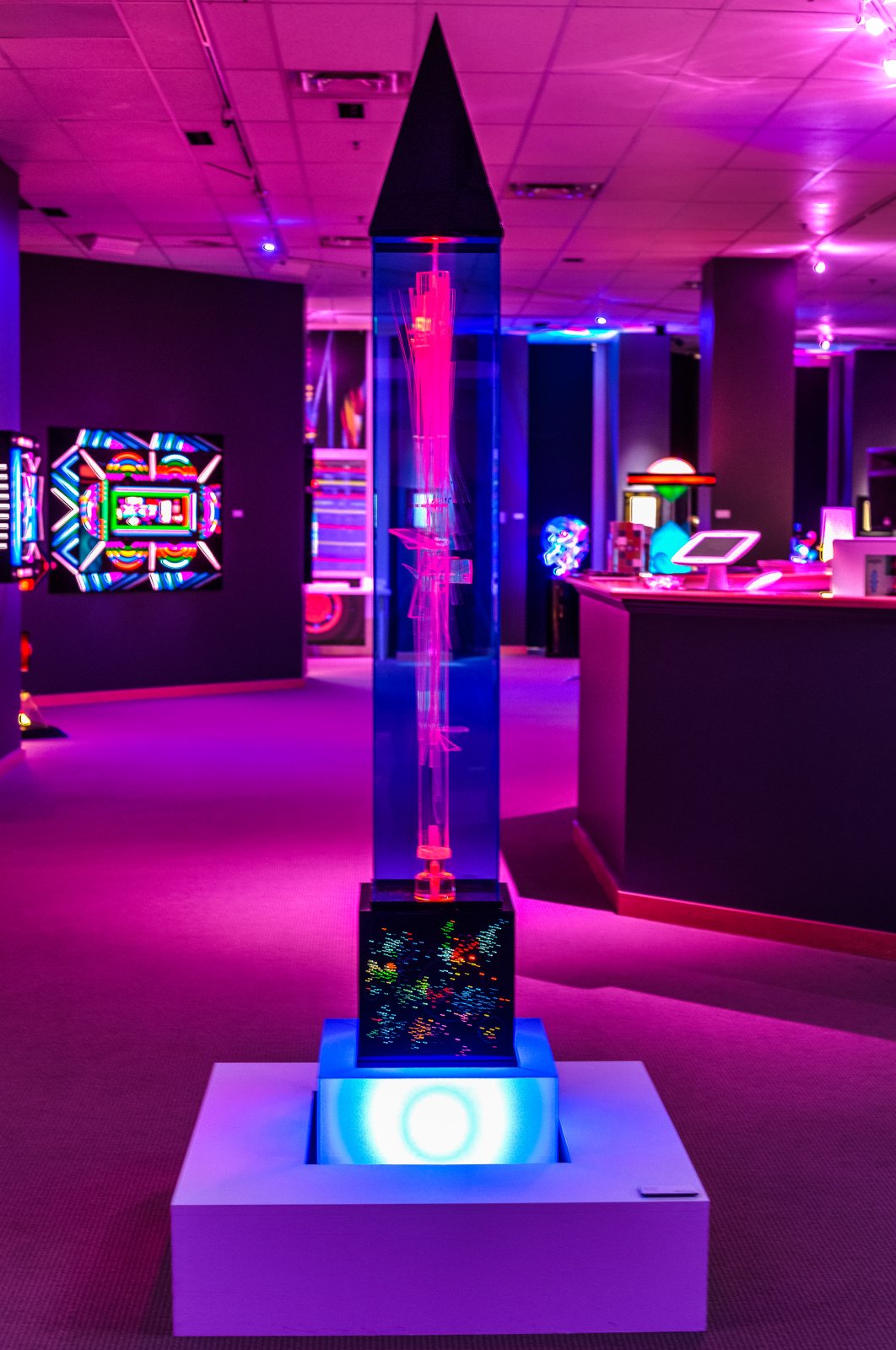 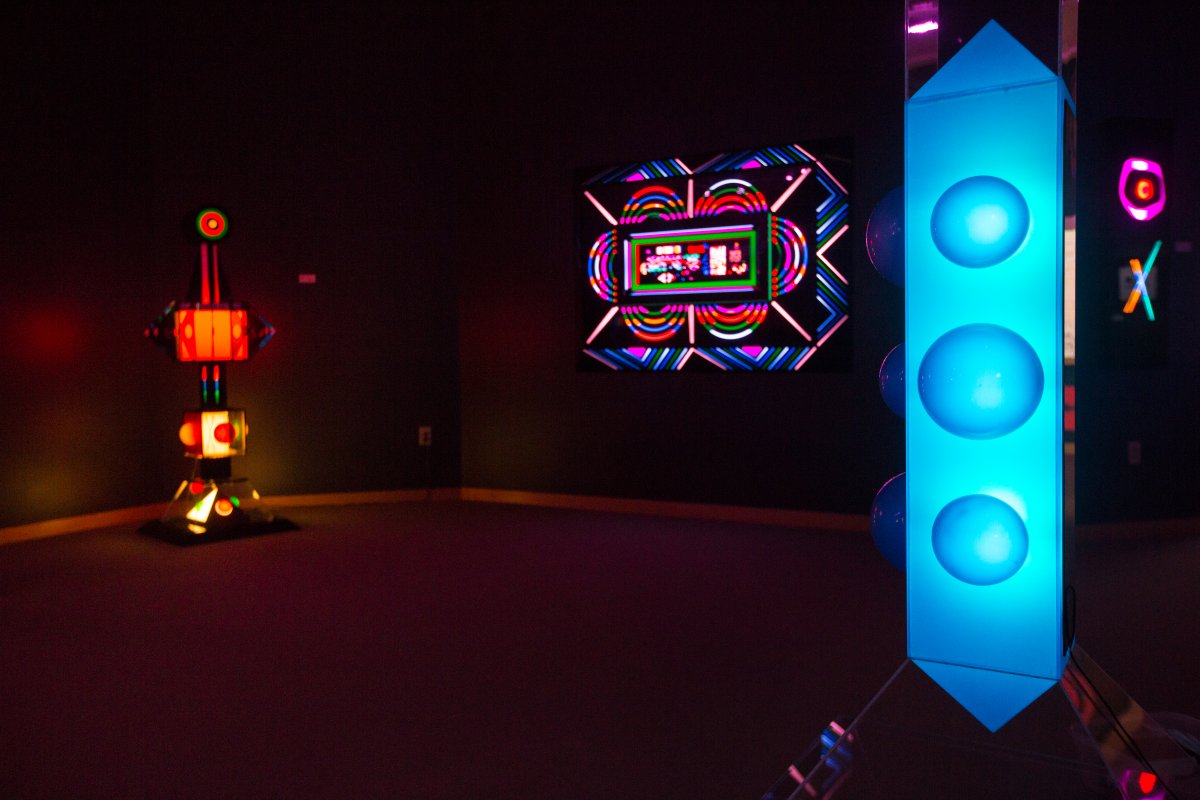 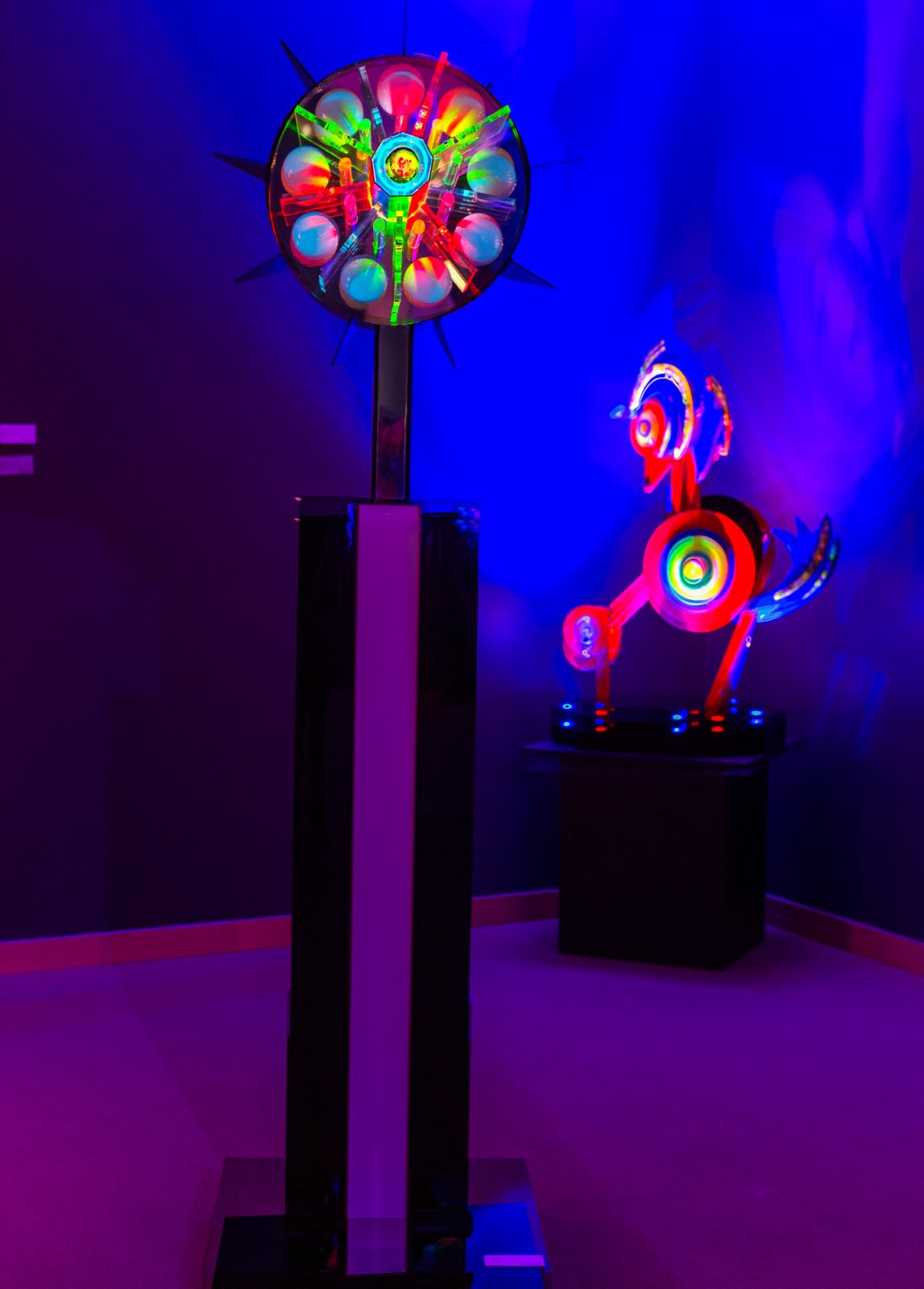 Then & Now: A Retrospective of Light-Based Sculpture by Dorothy & Mel Tanner, documents 50 years of the Tanner light sculptures. It took place in the indoor galleries of the Museum of Outdoor Arts (MOA). The approximately 4,000 st ft. exhibit took up the entire floor. Recent light sculptures by Dorothy Tanner, and video and laser projection and music by Dorothy and Marc Billard took place as an installation in MOA's Black Box Gallery. The art materials were plexiglas, paintings, LED, incandescent, and fluorescent lighting. The Museum walls were painted gray, except for black in the Black Box Gallery.

Dorothy Tanner and MOA Executive Director Cynthia Madden Leitner decided not to exhibit the works chronologically. The works have a timeless quality in that it is difficult to judge the age of the light sculptures by observing them. It was also difficult for the viewer to discern whether the work was created by Dorothy Tanner or Mel Tanner. The signage provided that information, and it all brought additional fascination to the exhibit. Artist quotations and biographical information using vinyl lettering were displayed on some of the walls. The one exception was the Black Box Gallery installation that featured only Dorothy Tanner's more current light art, and the video and music by Dorothy Tanner and Marc Billard. That was the "Now" aspect of the "Then and Now Retrospective.

MOA Executive Director Cynthia Madden Leitner and Program Director Tim Vacca were very familiar with the Tanner artwork from previous exhibits and studio visits.They suggested that certain works be included. Otherwise, the light sculpture selections were made by Dorothy Tanner and artistic partner and fabricator Marc Billard. Ms. Leitner and Tim Vacca assisted in the curation. Many of the sculptures shown had been in storage and were exhibited for the first time in Colorado since Dorothy Tanner and studio moved to Denver in 2008. Most of the light in the Museum emanated directly from the light sculptures with some additional ceiling spotlights that had purple LED bulbs installed for the exhibit.

MOA produced a book, a documentary, and presented a Forum. The Film & Forum took place on a Saturday afternoon in the Museum's adjacent auditorium where the documentary was shown, and followed up with a conversation including Director Leitner, artist/author Todd Siler, and Dorothy Tanner. Mr. Siler was also part of a panel discussion at the Denver Museum of Art, entitled “Exploring the Denver Art Scene” in which he did a slide show presentation about the Retrospective. He also published a paper added to the MOA website. We were told the exhibit was the best attended in MOA's history.