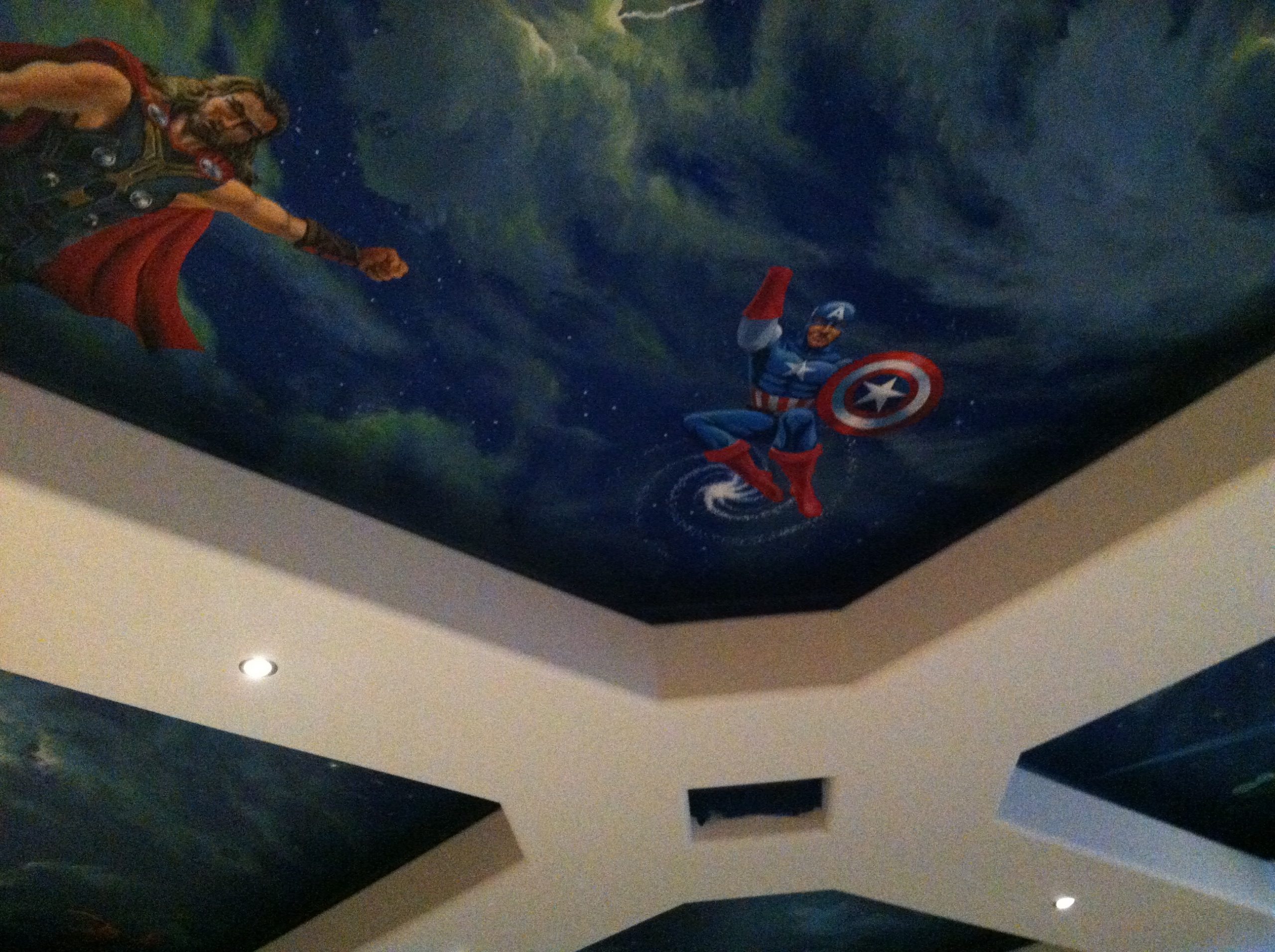 8' x 8' openings in ceiling was a collaboration between designer Denise Lucier (Massachusetts), myself, and the home owner. The structural layout of the ceiling was due to this being the lower basement level – piping and heating conduits were hidden but allowed this “look”. The client said he'd like a constellation or night time sky effects with just a few “add-ons” for his 8 year old son.

My work studio/living space is in a 150 year old former Baptist Church along the shoreline of Lake Ontario in upstate New York. Once the night time skies were painted in - on my back - on scaffolding.. the son appeared (with his dad) holding a folder. In this folder was 18 color-printed images of super heroes and villains and a couple of aircraft. I discussed this portion of the project as a bit beyond the original scope-of-work. In the end, we settled on sixteen characters and three aircraft for a modest budget increase....and set about to get them done.

The client (the father) was concerned about would this be "dated" in 5-8 years as his son would obviously change interests when he becomes a teenager. Denise and I concurred that classics never go out of style and that this investment piece would only enhance the room over time - as do historical theaters retain their original embellishments. DC Comic based characters brought to life overhead would continue to enthrall movie watchers in their stunning media room. I reserved the right to paint these on canvas and then attach/blend them in as high detail level could be attained painting each of these on my drafting table at my upstate NY studio during the relentless snow storms. (see video - Henderson, NY - during raging February/March squawls - the tallest dark structure in the distance can be seen.)

Adding the lightning, the rocket exhaust effects, Thor's charged hammer, the Avengers jet, and others luckily achieved a balance and was one of the more challenging recent projects I've had.The outcome was a success. (although the father texted me and said his son wanted "Robin, Batgirl, and one other character added... ) Using executive artist decision (which means I checked with my brutally honest sister, Jennifer - of McCarthy Painting, I summarily declined!! :)