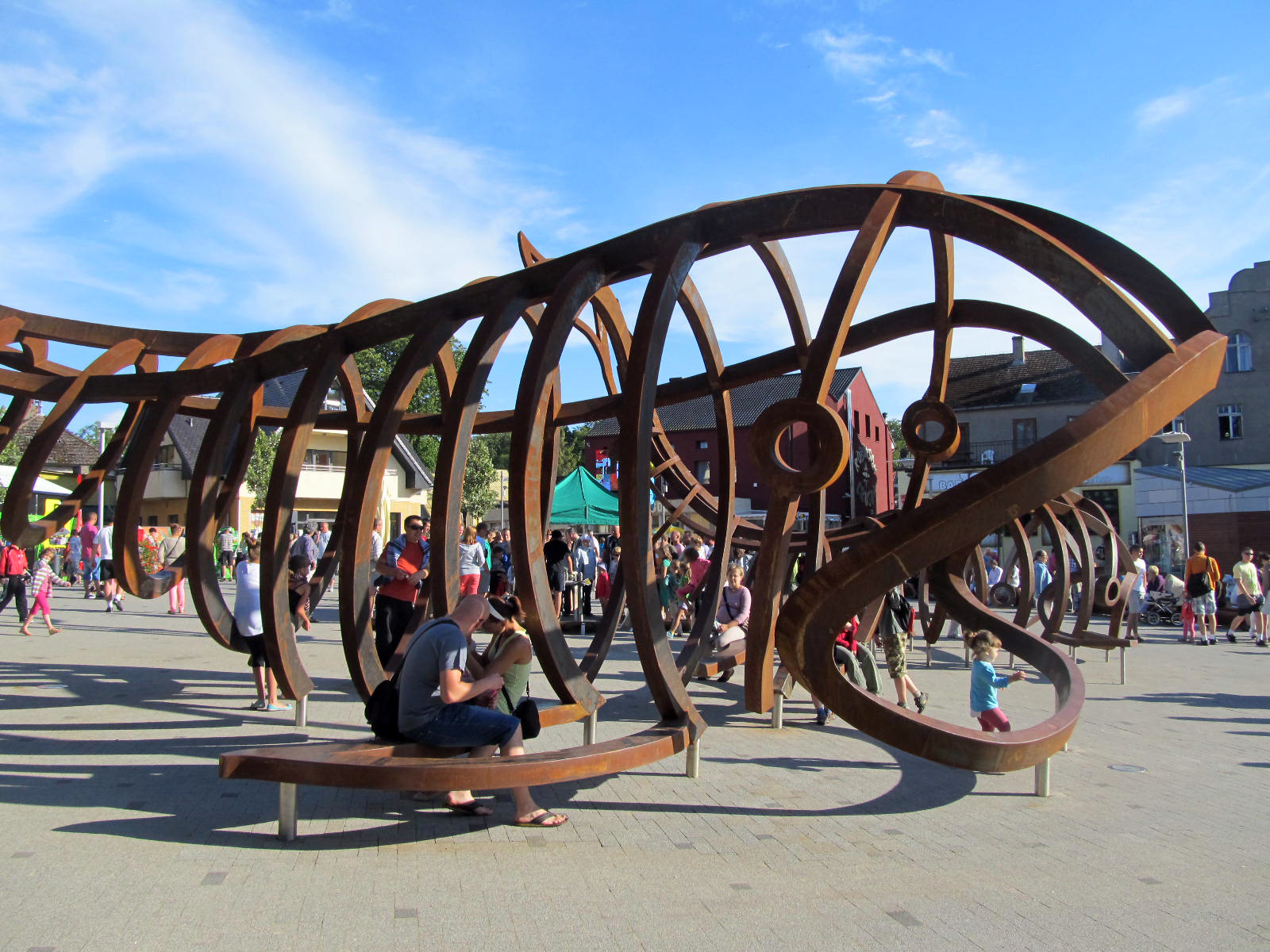 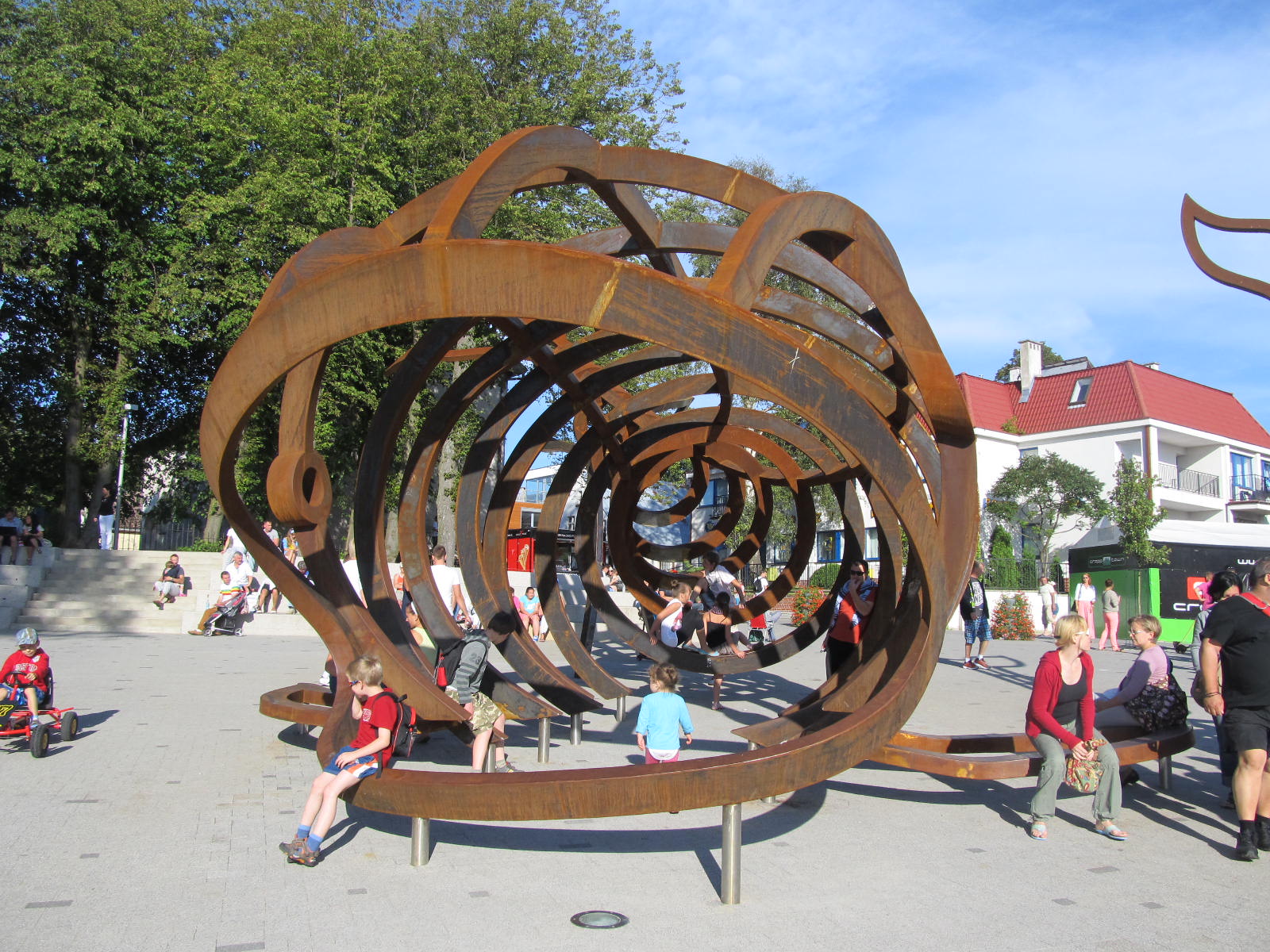 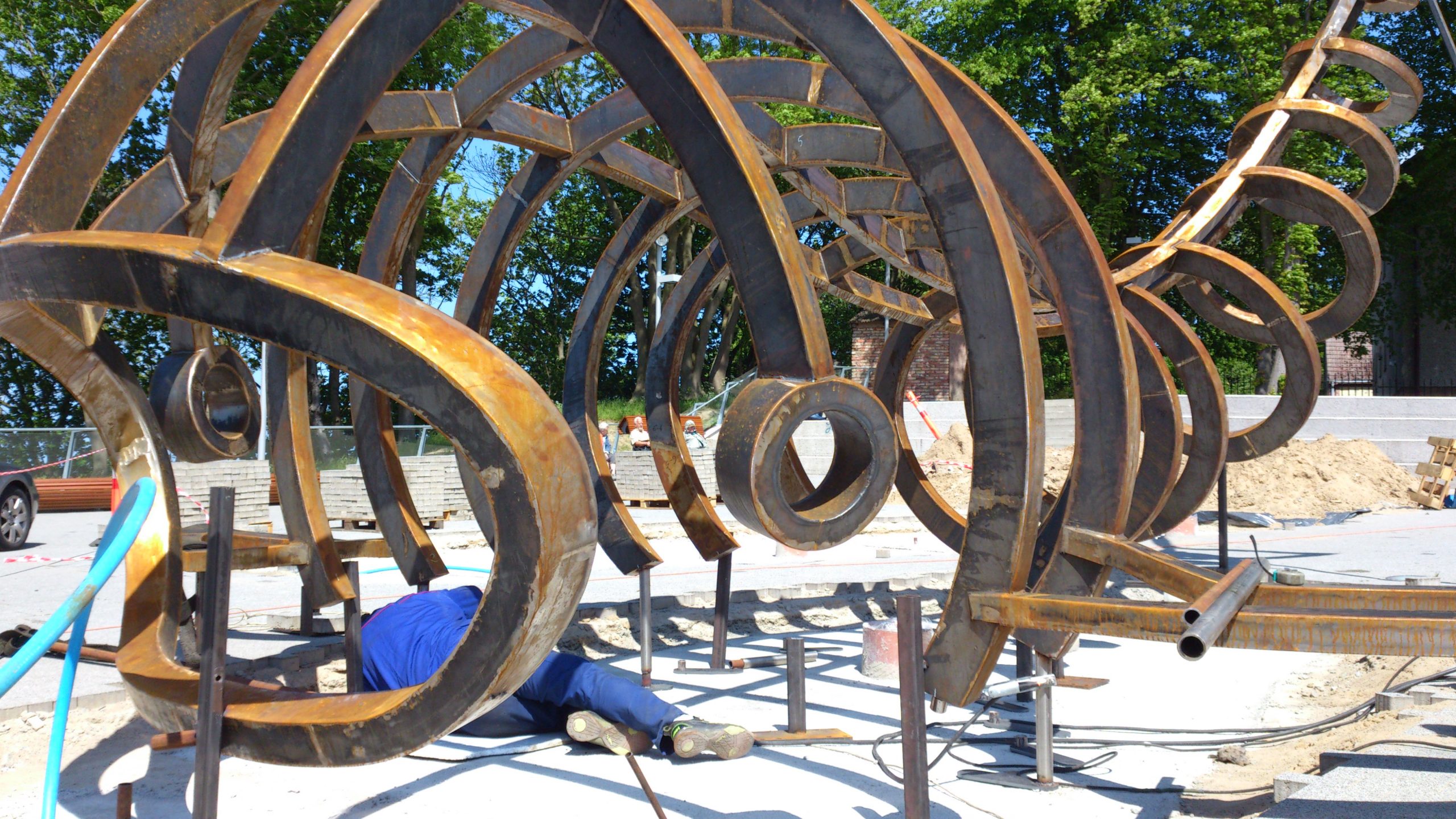 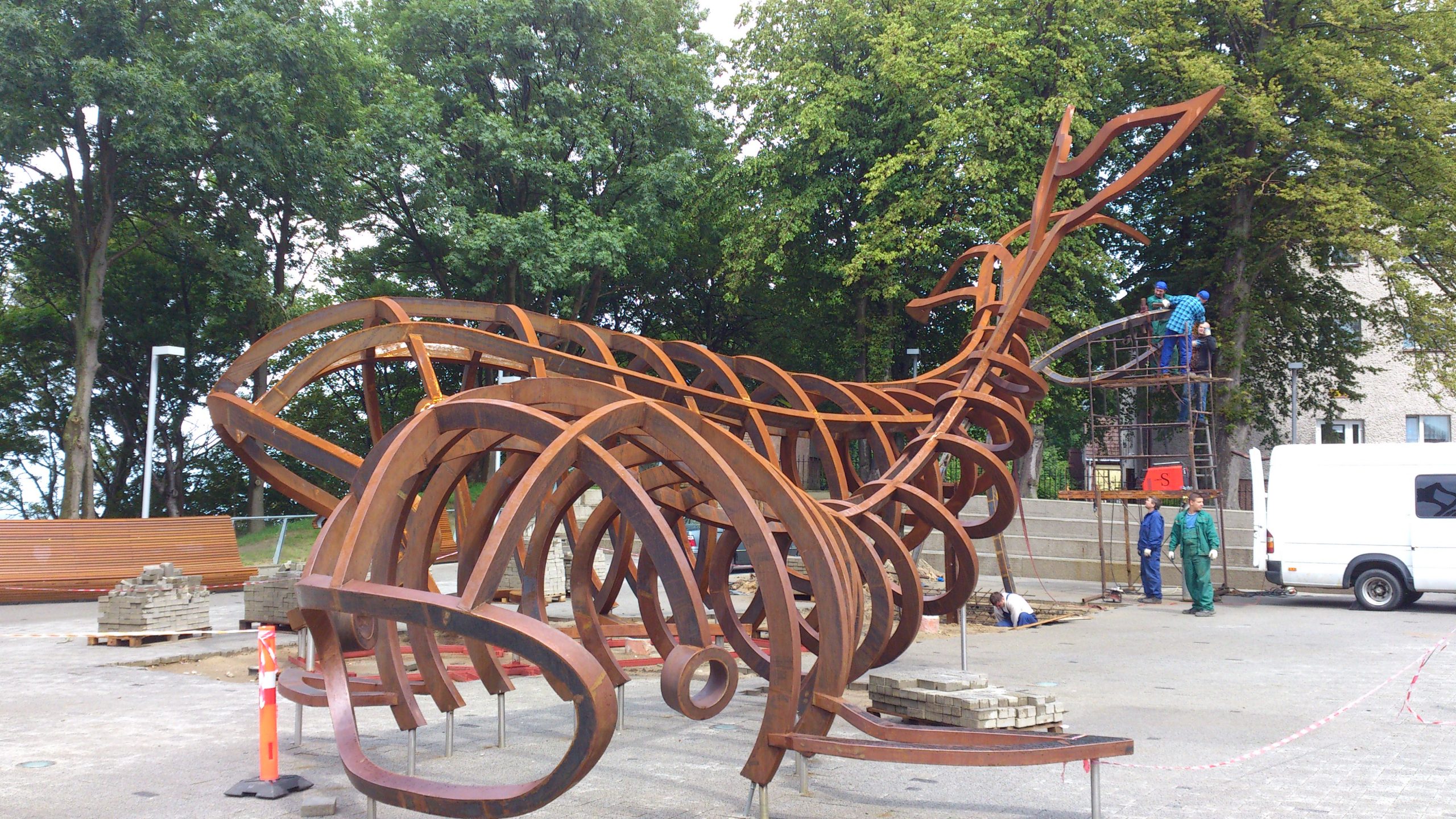 The two large, interactive Corten steel Whales are sitting at a plaza at an entrance to a very popular Baltic Sea beach down the cliff. They are “see through” not to obscure the vista of the sea and the beach down below. They are a brain-child of the town's Mayor, Robert Skraburski who wanted to build upon a local legend of whales who possibly beached there some 200 years ago a strong new identity for his town, to be recognized nationally and internationally.

Mayor Skraburski had the idea of the Whales and over several years tried different appoaches in designing them. One, of laminated wood gazebos, somehat reminiscent of whales almost went to production. The Mayor had doubts however about both the recognizability and the visual strenght and boldness of the existing designs. At a meeting about some other art project he told me that if I can do something more interesting for the Plaza in 30 days, I can have this "big job". The challenge was rather immense as I started playing with a tig welder and square steal rods trying to produce models of Whales that simultaneously would have strong impact and yet would not obscure the seascape behind them. I also wanted these 35 and 60 feet long creatures to invite kids to play inside, safely climb them, for grandpas and grandmas with their grandchildren there were side fins to sit down for a picture. For all the other Jonahs there were to be huge mouths to enter the bellys as their significant others take pictures.

The Whales was in my art career the ultimate collaborative project: the Mayor with a vision changing designers until he gets what he wants, but knew what it was to be only when he saw it; I never got a chance to speak with the architects, but they were quite present in the process through the environment that was already built, including the foundation and demanded something bold, that would confront the architecture, not meekly follow. There was Leszek Zaleski, an engineer at Ferroplast, Swidwin, who in the months it took him to digitize my model and sketches also helped me formulate questions to identify problems in the design and then forced me to find yes or no answers; Leszek then built a team to fabricate the sculptures and laser cut and welded under my daily supervision over 30 tons of Corten steel; the delivery team had to fit the 30' wide, 25 tall and almost 60' long beast through narrow streets with 4" clearances. A genius and a primadonna at times, I don't know how would the project ever happen without Leszek and his production team.

And there were also the city council folks whom I had to appease when there was a delay.