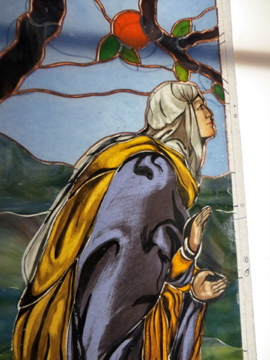 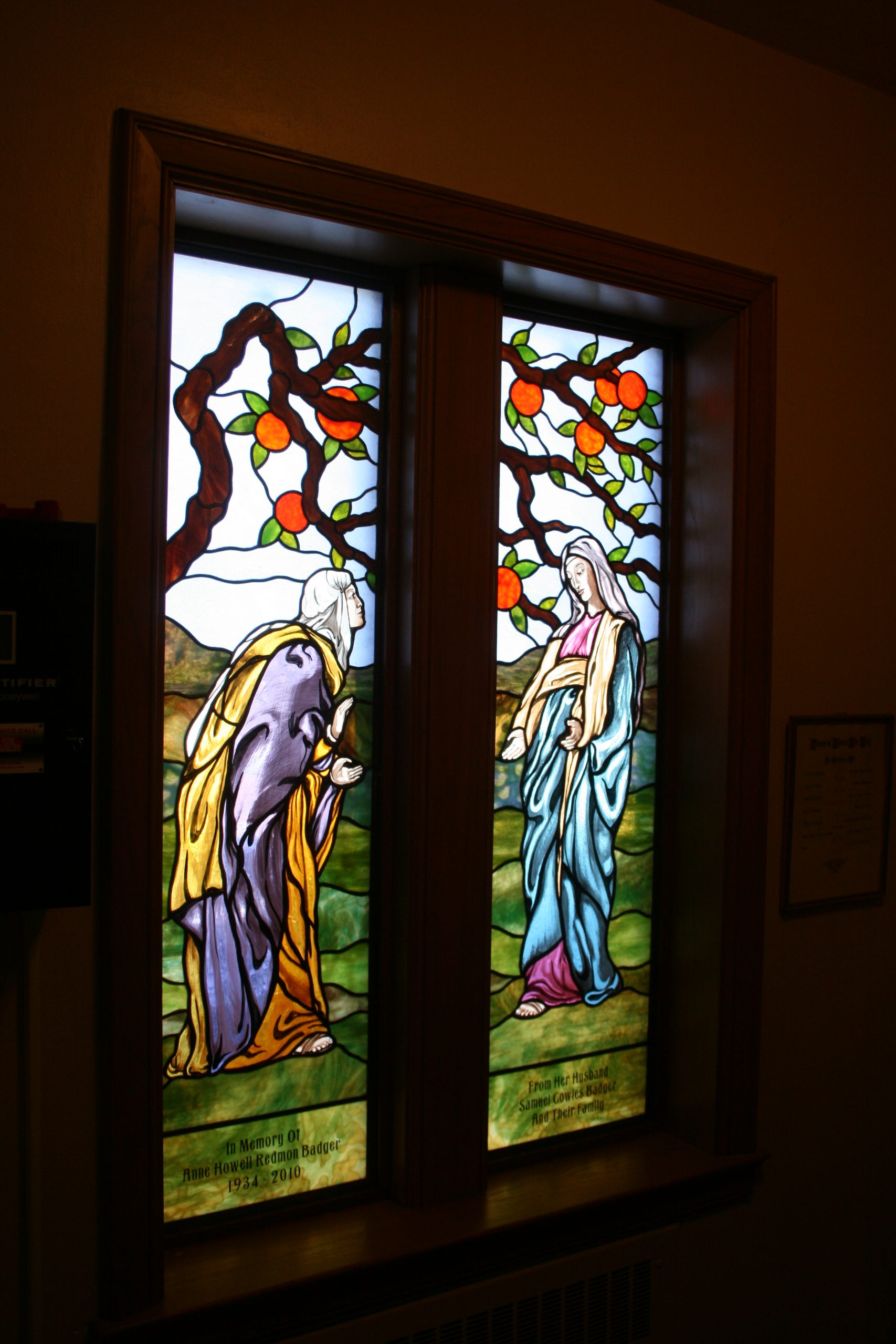 Sam Badger, a member of St Elisabeth's congregation commissioned me to create two windows for the church's entryway. The two long and narrow windows now adorn the entry way of the congregation.

The goal was to create windows that would be meaningful to Sam Badger, as they commemorate his late wife, but also be meaningful and pleasing to the congregation as a whole.
The windows were paid for by Mr. Badger but the design was also approved by the church.
Meetings were held during the design process that were attended by church officials.

I was both the designer and artist in the project. I collaborated with an installer.