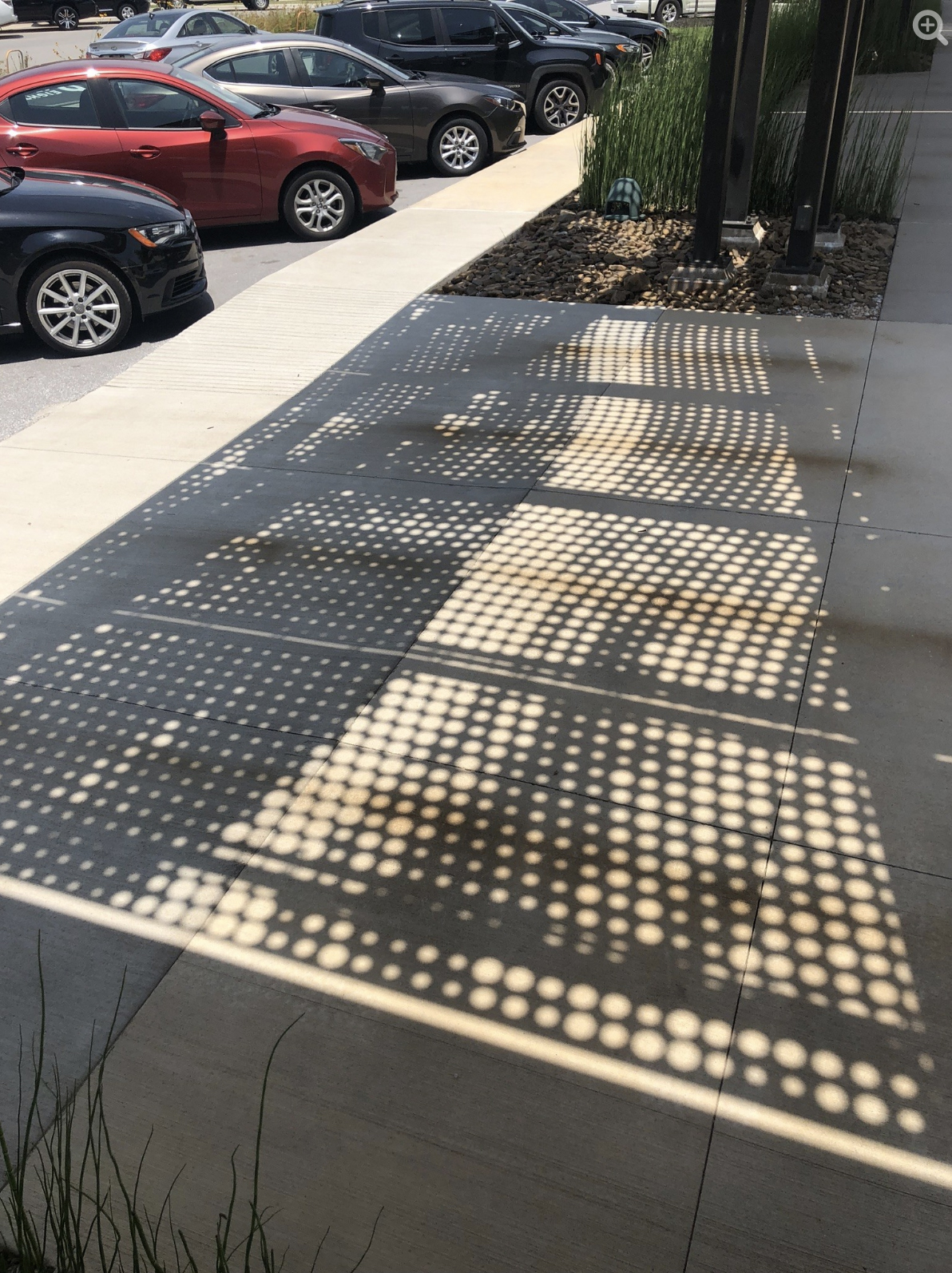 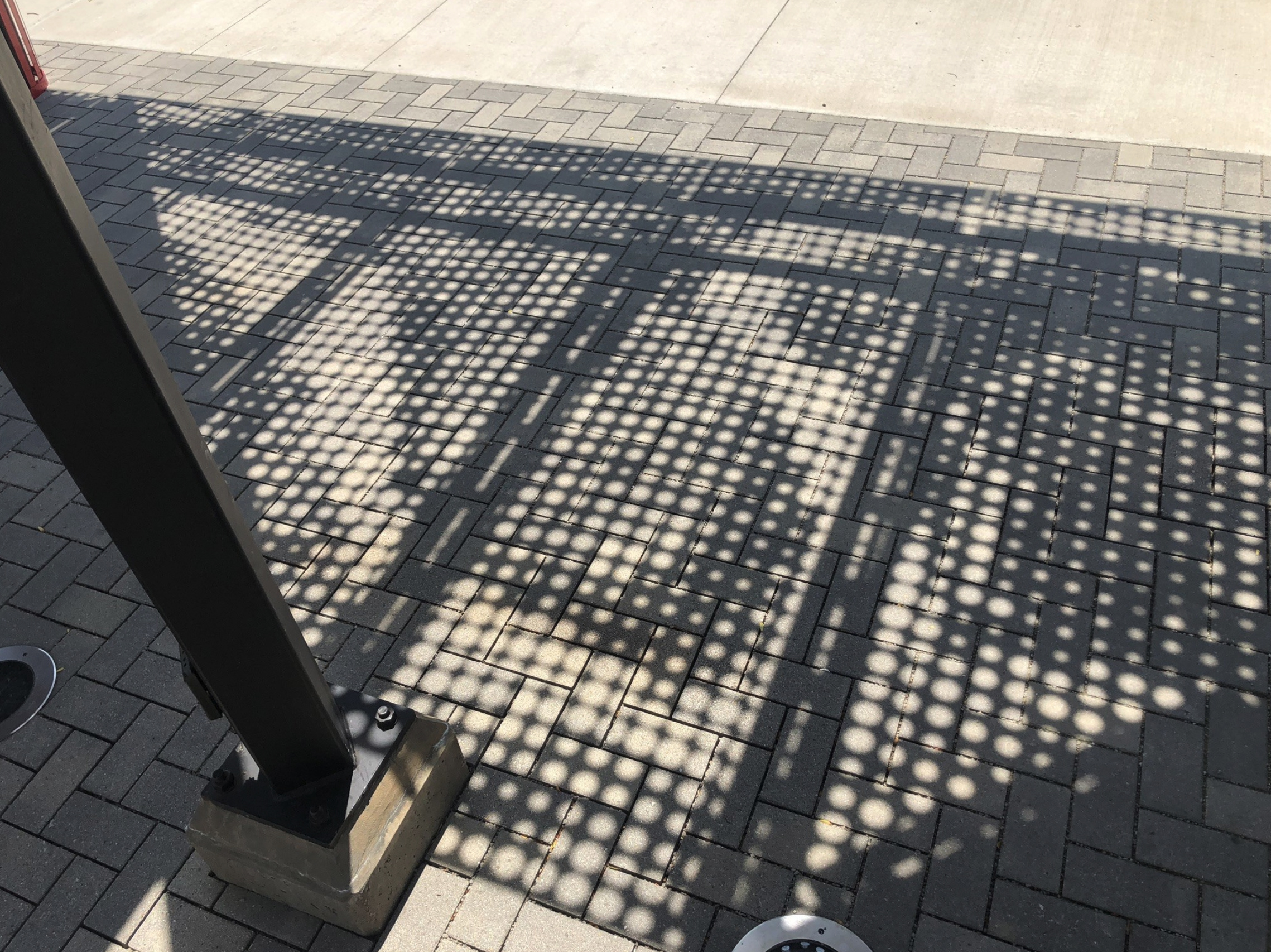 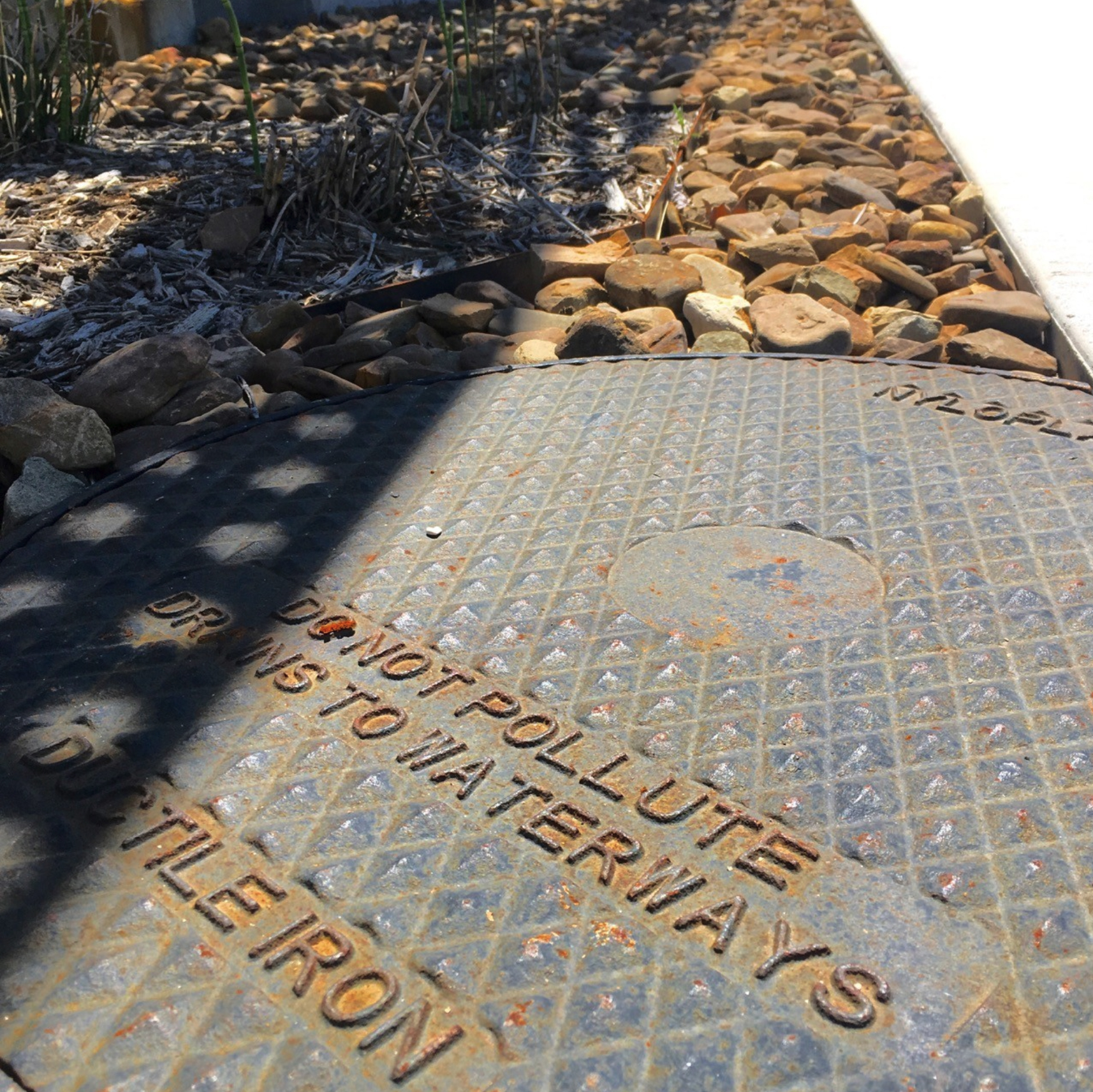 The Vine is a collaboration with Hufft of Kansas City, and was fabricated by Zahner Architectural Metal.

The project involved conceptualizing a solution for perforating the weathering steel panels of a 700-foot walkway surrounding the 8th St. Market in Bentonville Arkansas.

I proposed composing the attenuated structure with a wandering line, taking form as a half-tone screen, depicting 14 rivers, streams, and creeks sourced and drawn from the watershed surrounding the culinary center, scaling them and stitching them together as a single contour.

The waterways were manipulated to produce the largest perforated aperture so that the shadows cast in sunlight would define the runnels as bright paths of light, creating a meandering ambulatory beneath the canopy.

The Vine walkway canopy was designed to reflect the industrial food production past of the former chicken plant being converted into the 8th St. Market culinary center. The perforations were commissioned as a way to bring life to the structure, and an opportunity to celebrate the local food ecosystem.

I was brought into the project by Hufft of Kansas City and Bentonville. I worked directly with Zahner Architectural Metals, the world-renowned fabrication giant on integrating and formatting the perforation design to the dozens of 1/4" steel panels for laser-cutting.