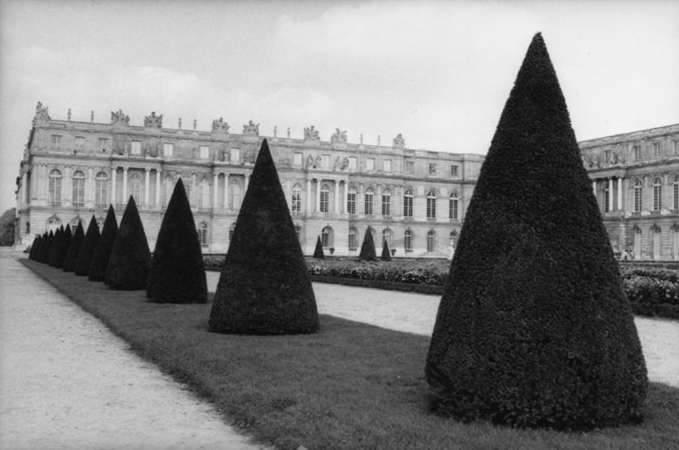 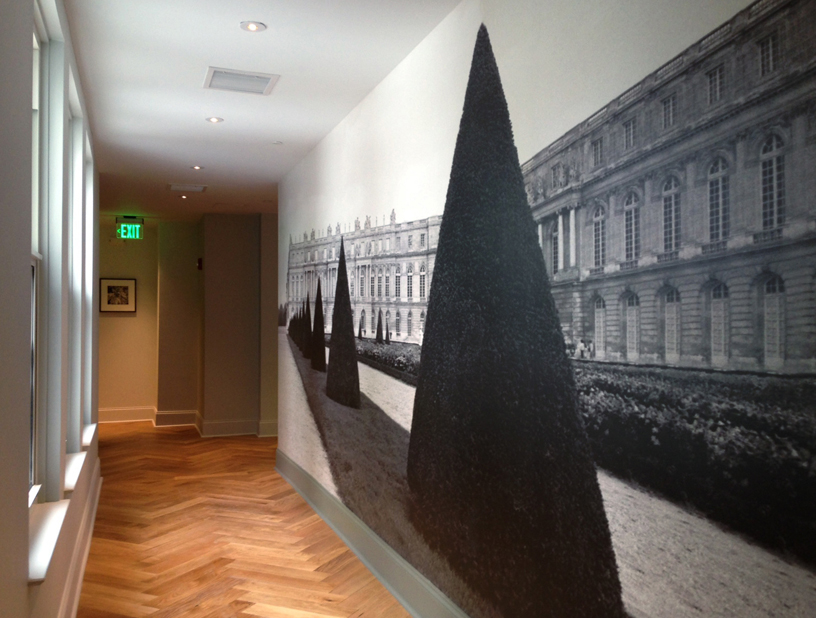 This is a 9-foot by 20-foot photographic wall mural, located in the Vista Rooftop Lounge on the 16th floor of the Versailles Apartment building in Philadelphia, PA. The building, located in the Rittenhouse Square section of Philadelphia, was undergoing major renovations, and I was approached by the Creative Director and Interior Curator of the project about using an existing photograph of mine as a wall mural. I made the photograph in Versailles in 1986, and thirty years later, a wonderful application presented itself. The image was printed and installed in September 2016.

The Creative Director and Interior Curator for the project was Eileen Tognini, who is based in Philadelphia, PA. She is familiar with my work, and we have collaborated on several projects together over the years. After my photograph was approved for the application, I digitized my original 35mm black and white film negative, and enlarged it to 9-feet by 20-feet. It was then printed and installed in September 2016. The photograph was printed on “WallFab Canvas” material, made in the USA by PrestoTape, which is located in Bensalem, PA.